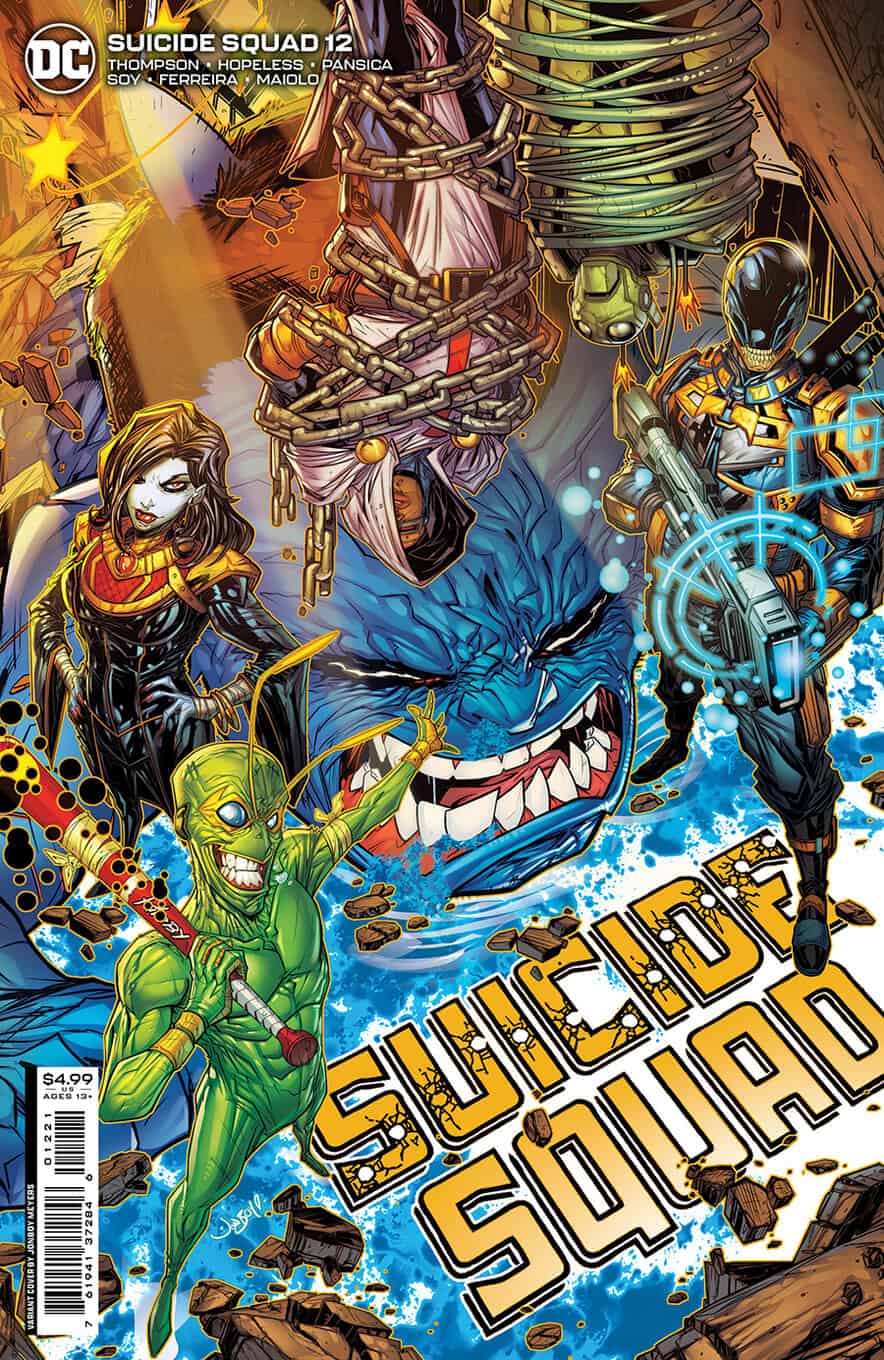 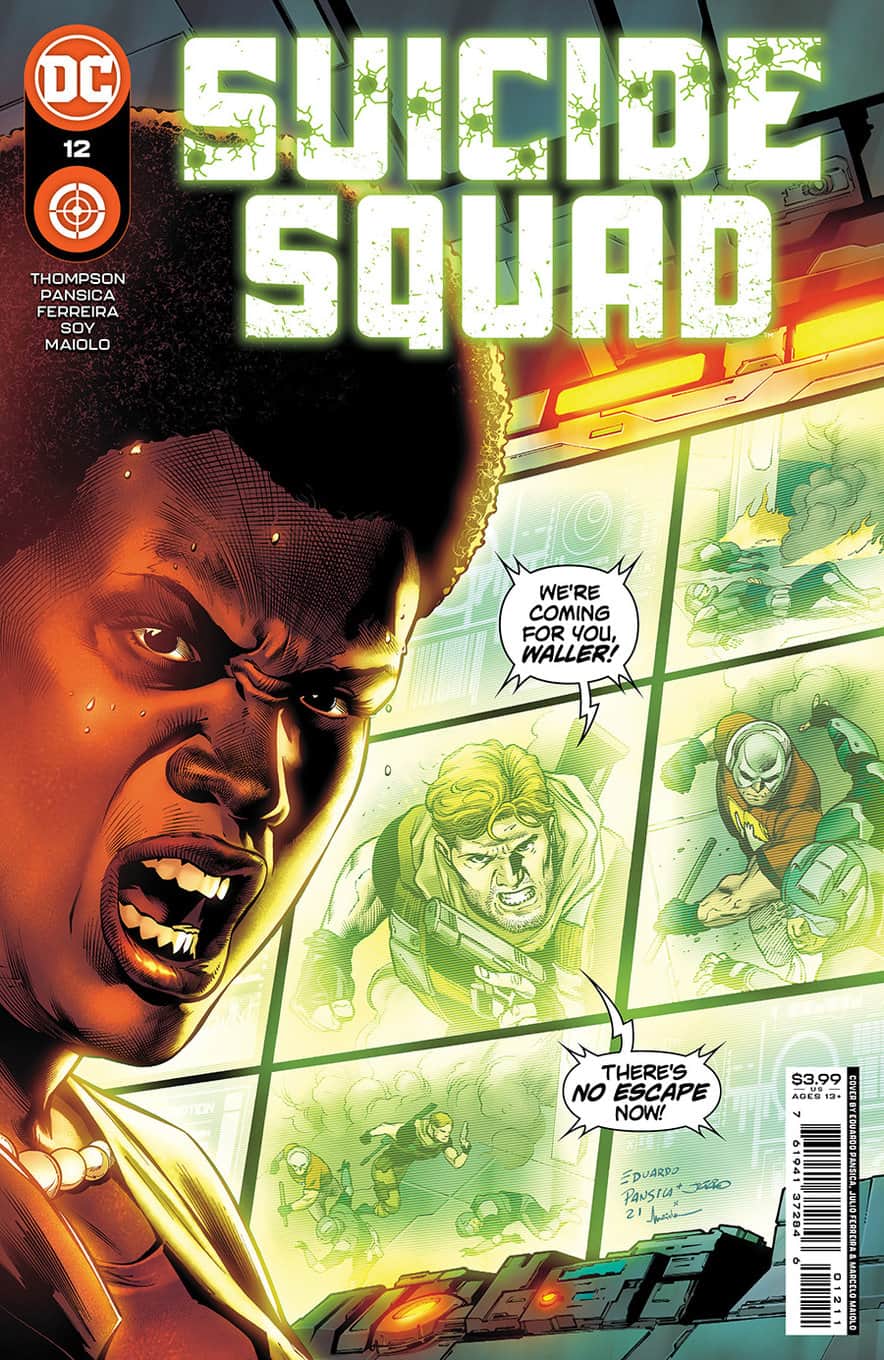 The promise of the issue is revealed in its solicitation.

The Squad has their hands full with the marvel that is Earth-8, and soon learn that this “test” was actually just a decoy for Waller’s real Suicide Squad. If they’re going to get off Earth-8, they’ll have to get through a whole other Squad in the process! And just as Flag is about to take down Waller once and for all, he’s betrayed by a double agent in his ranks! 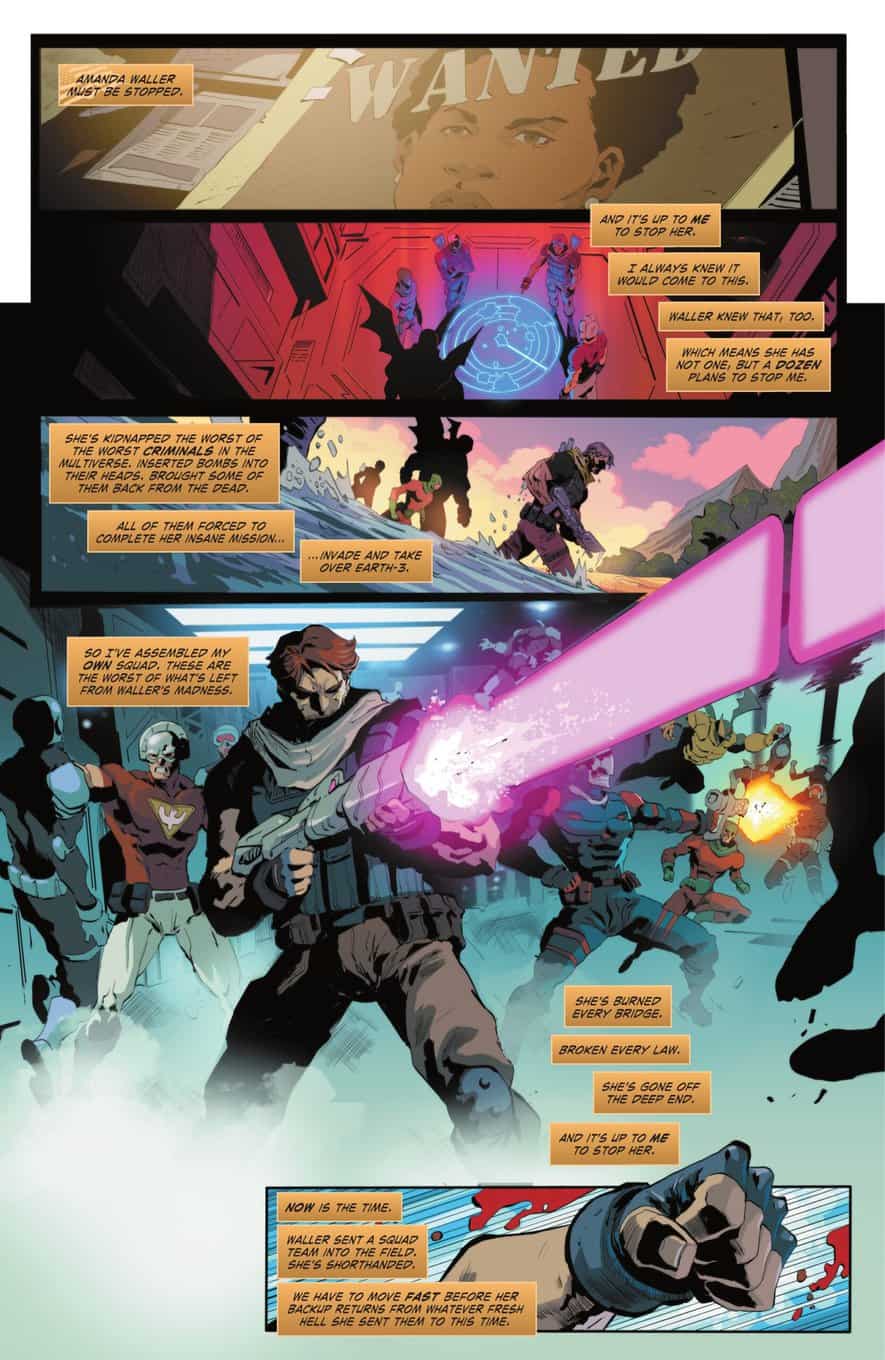 Amanda Waller is attacked on Earth 0, but another Suicide Squad led by Rick Flag with Bloodsport, Peacemaker and others; at the same time Waller’s Suicide Squad is on Earth 8 having defeated the Retaliators (Avengers analogue) and now battled the Lighting Strikes (Thunderbolts analogues). 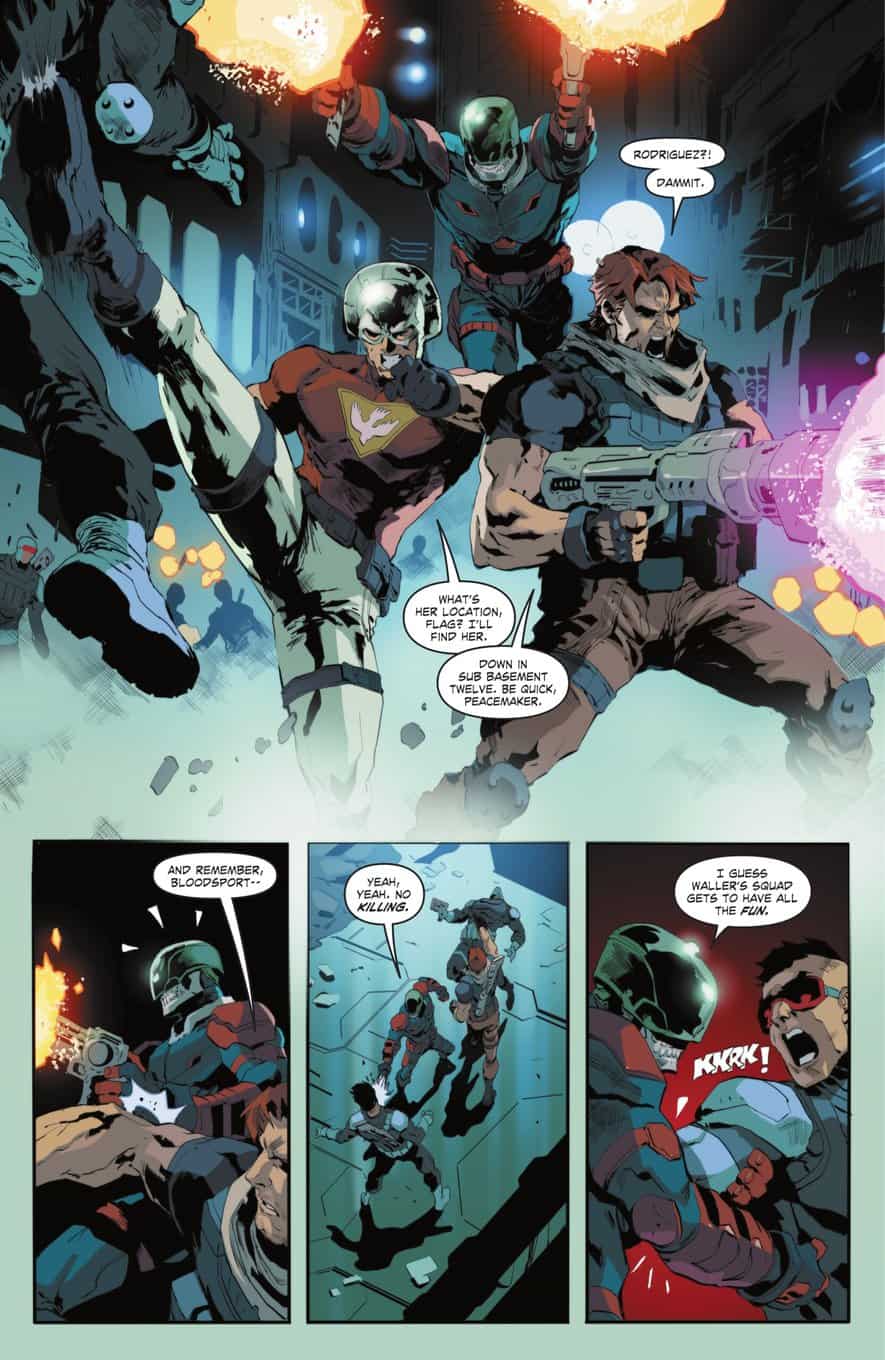 On Earth 8, the team is successful taking out the Lighting Strikes, but Major Force turns on Match so… 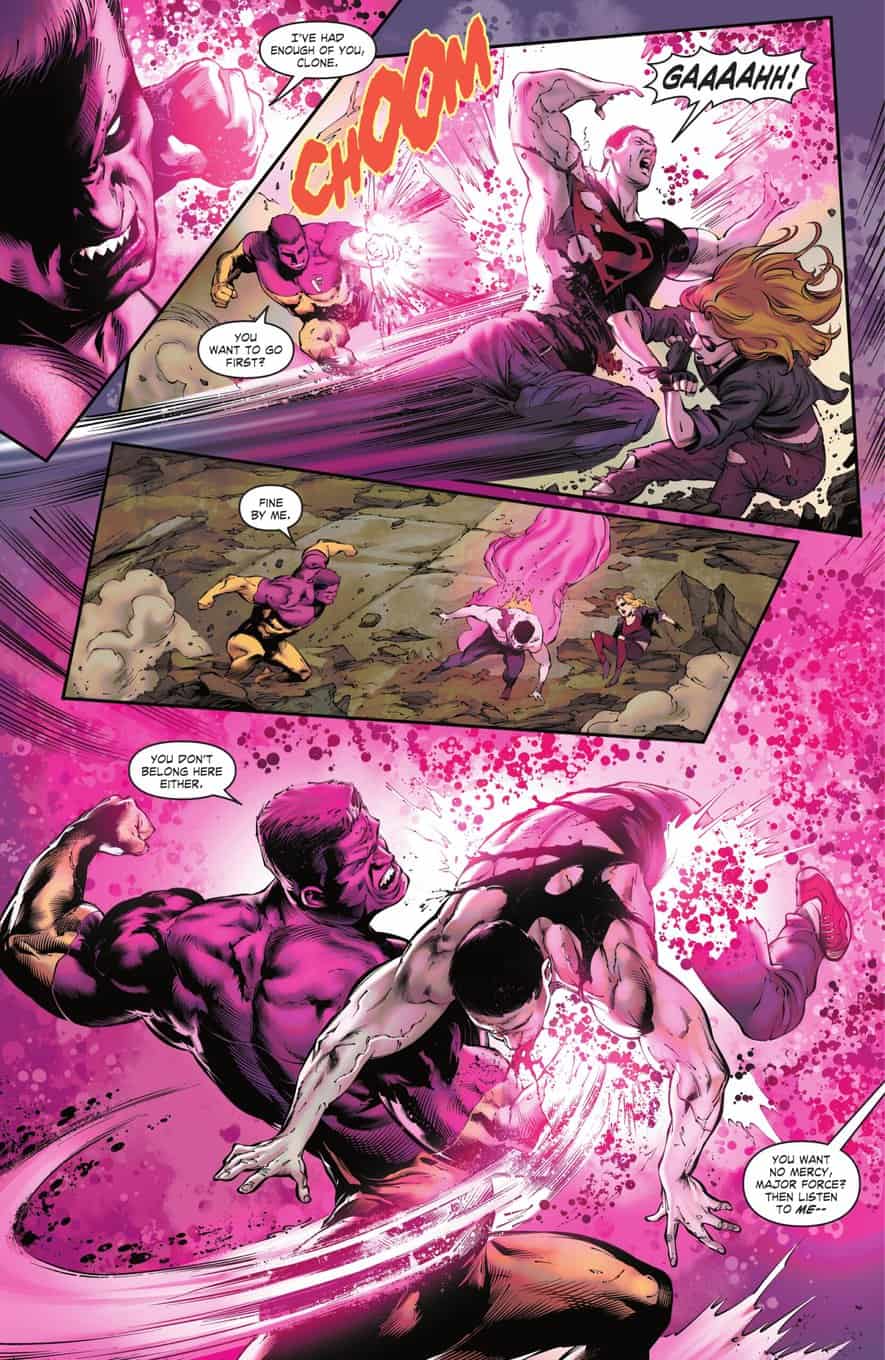 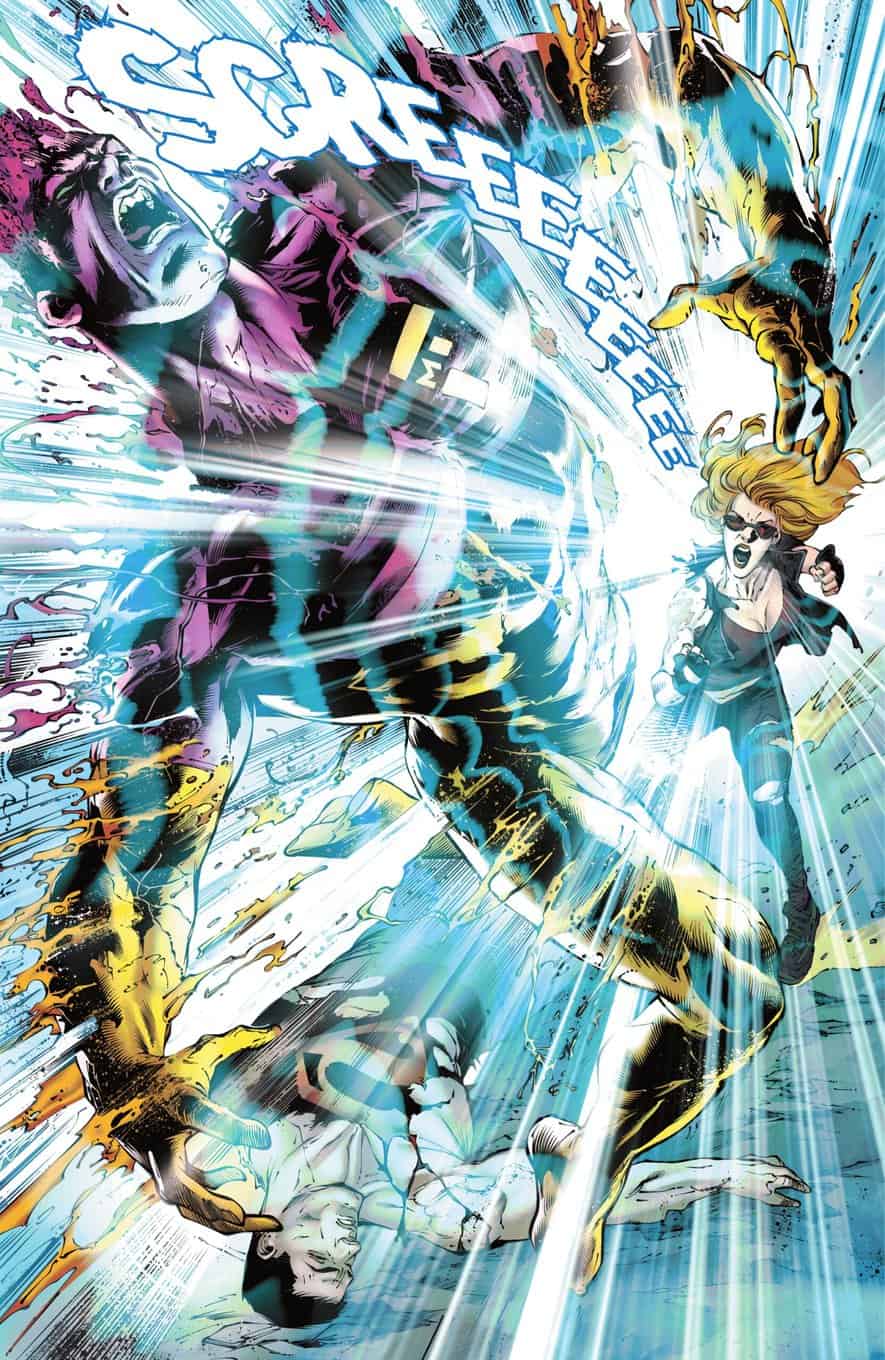 Waller needed MF on the team and as result of Black Siren’s actions attempts to kill her with the micro-bomb in her brain. 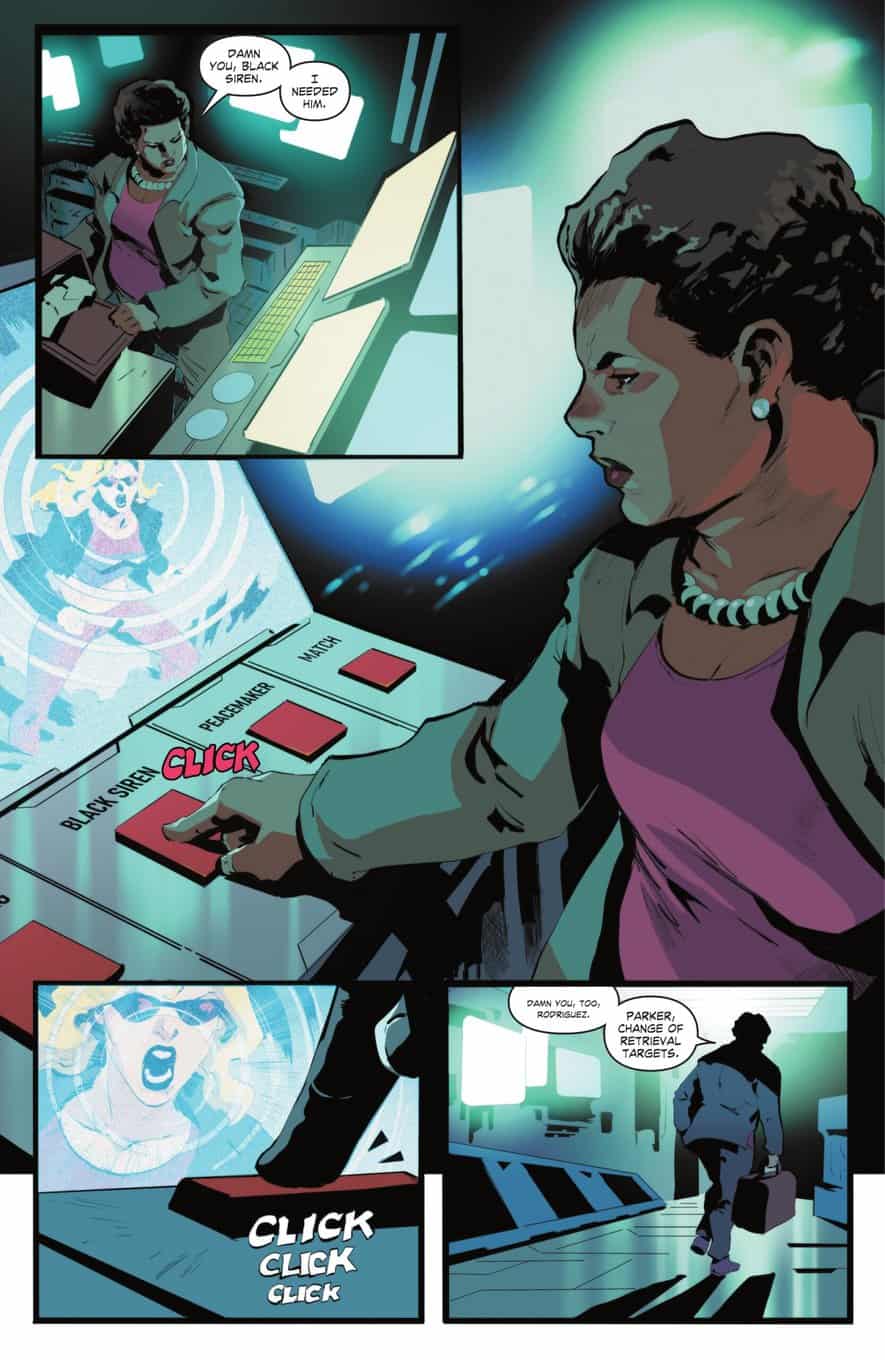 It doesn’t work on her and can’t work on the rest of the team; not due to the team being on a parallel earth, but I believe due to a mole on Waller’s team who disabled them, and other other tech, to allow Flag’s team to attack her. 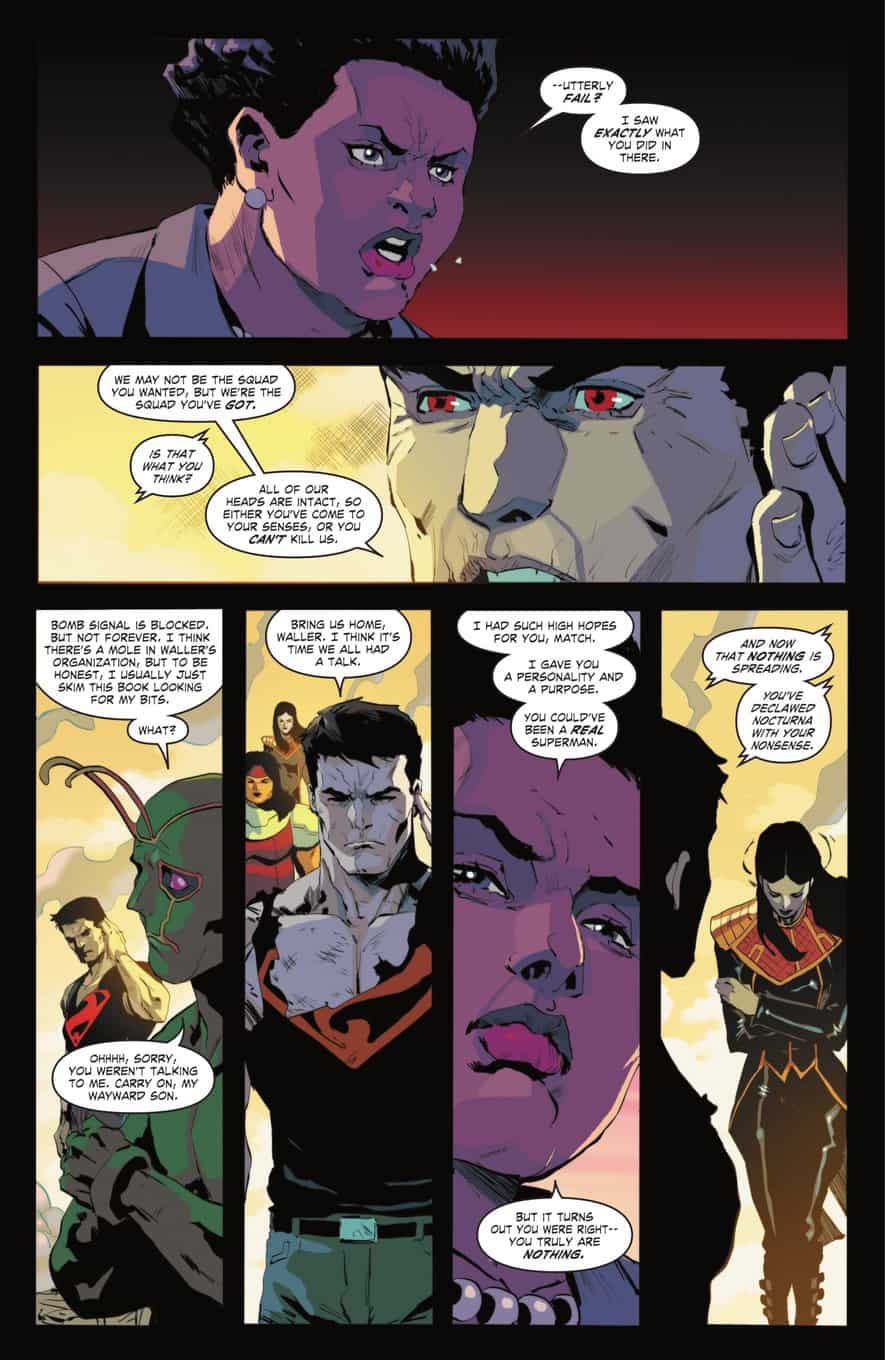 So, Waller makes Match and Black Siren disappear stranding the rest of the Suicide Squad on Earth 8. 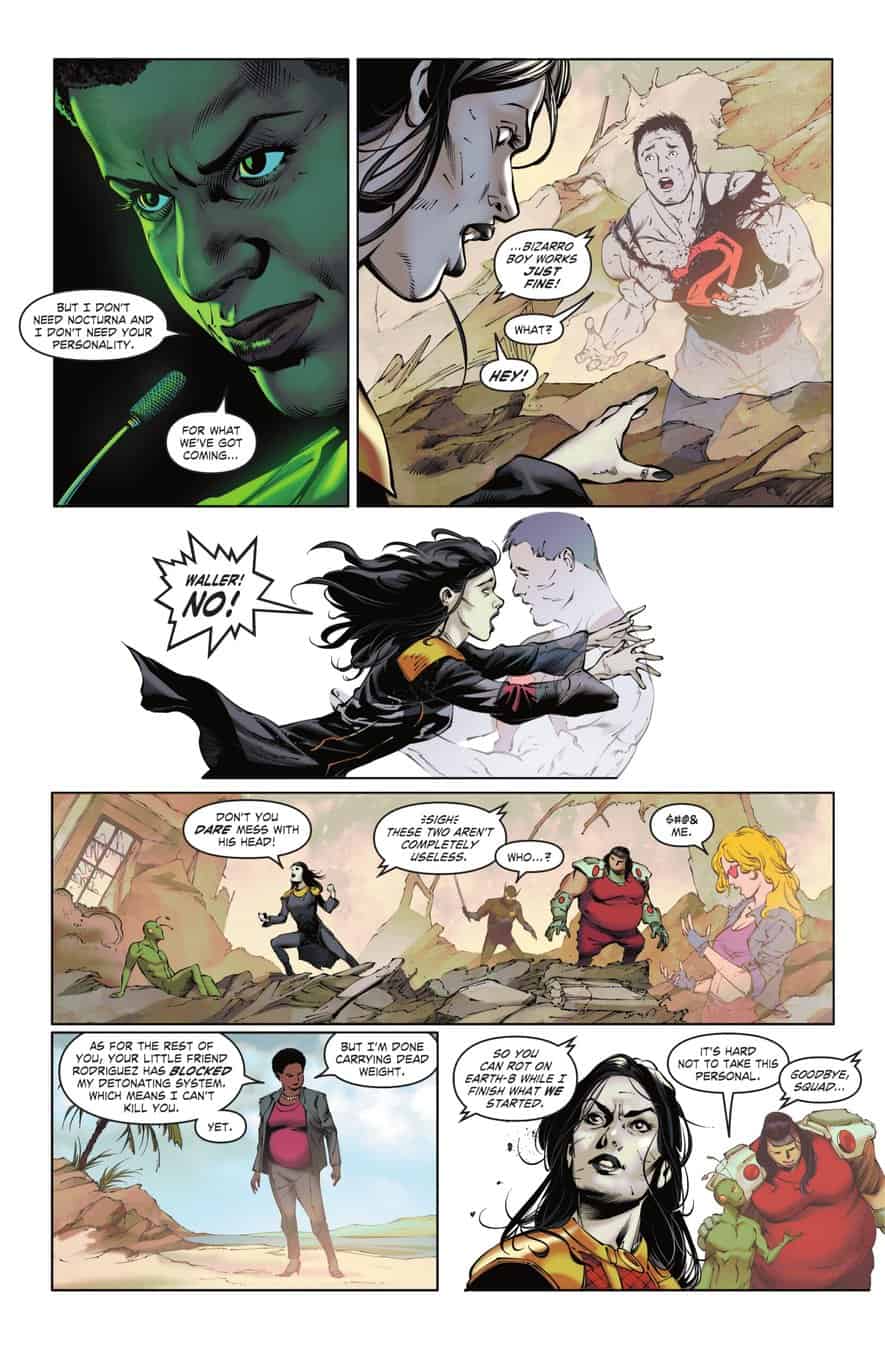 On Earth 0, Waller is confronted by Flag, Peacemaker and Bloodsport, but she’s not really there and… 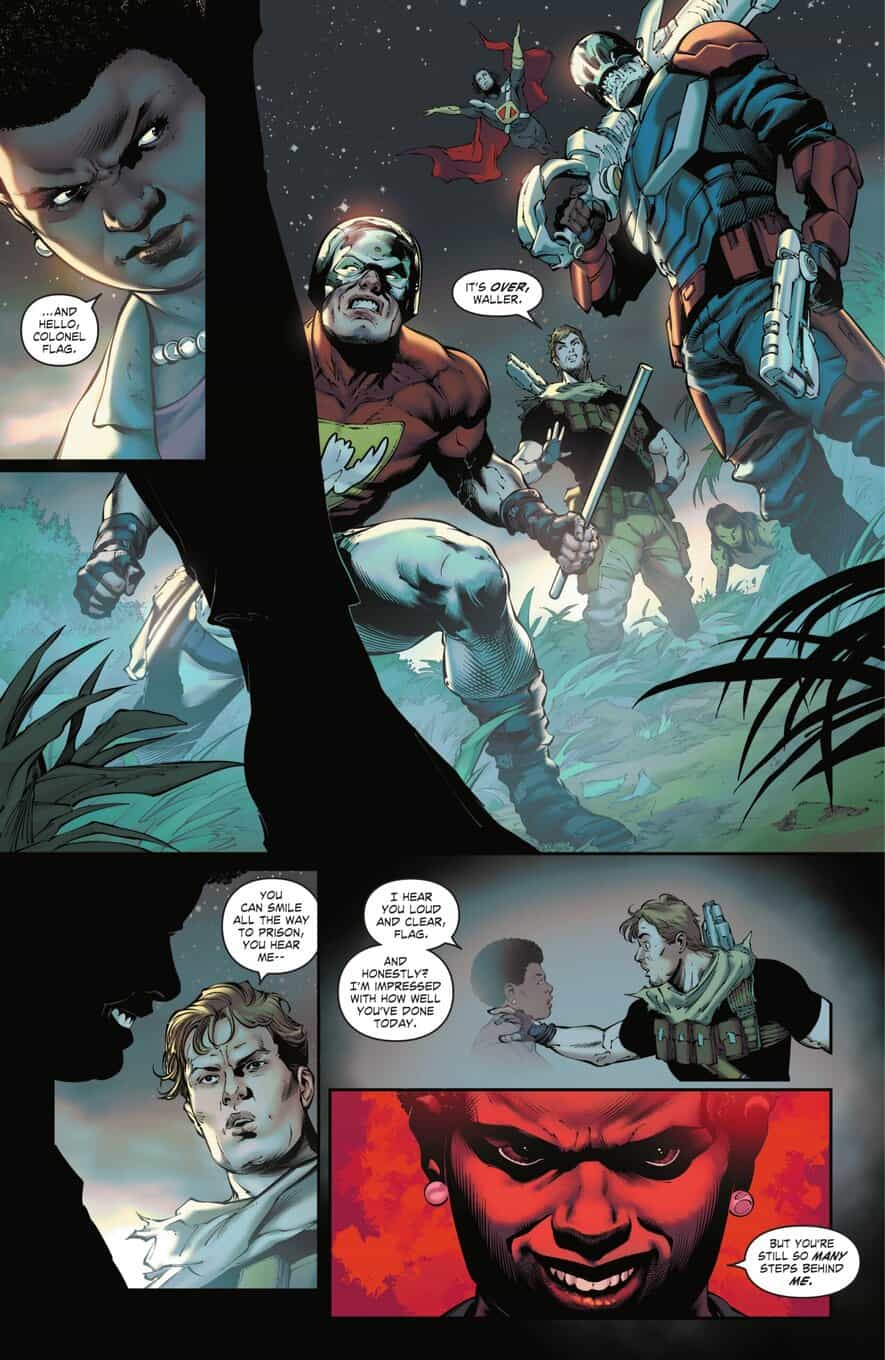 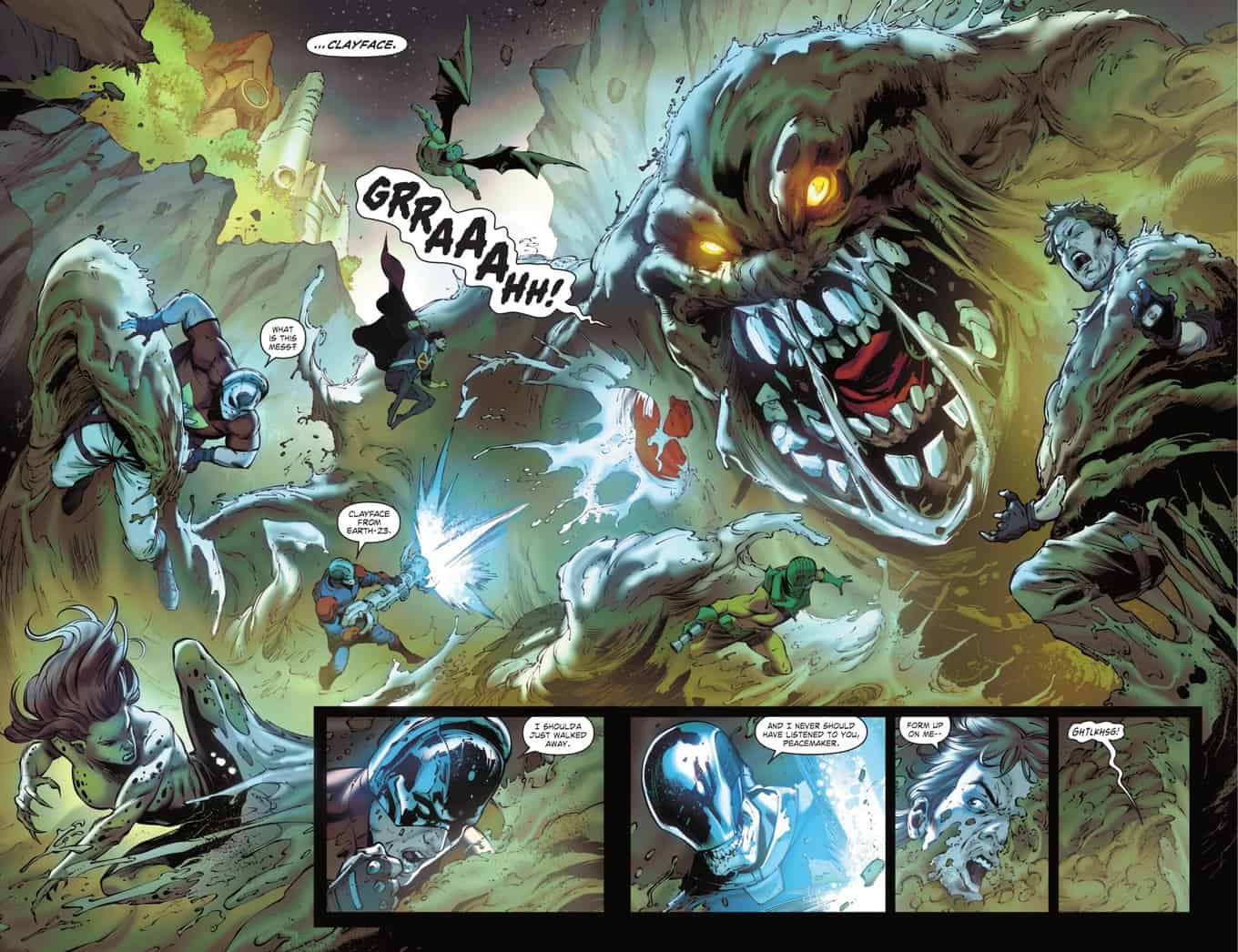 Looks like Amanda Waller and a leaner Suicide Squad made up of Match, Talon and Black Siren are headed to their new home (wha…??!!) on Earth 3! 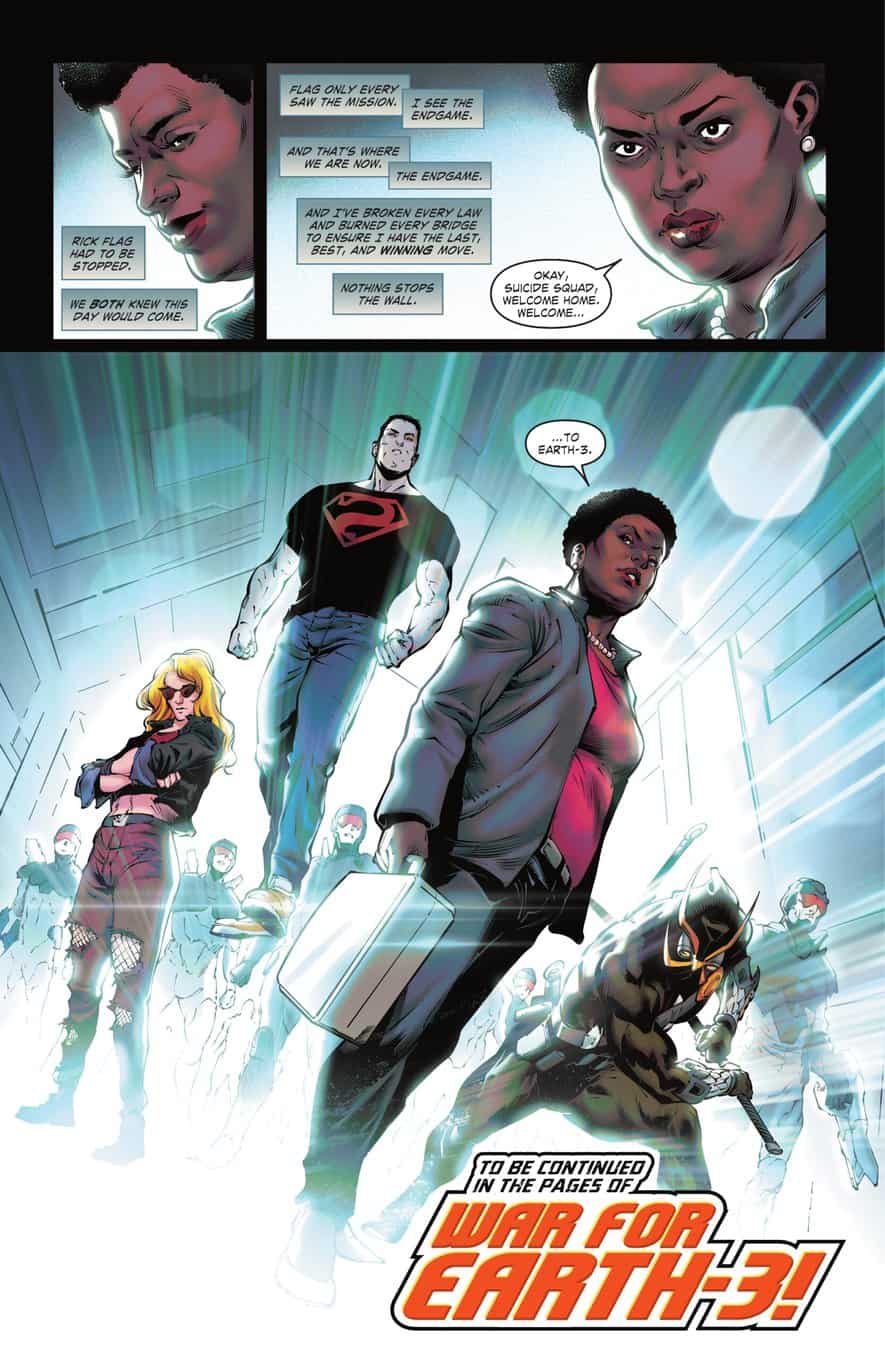 Next up is the War for Earth 3 x-over event across several DC Comics series.

Another riveting issue with twists, turns along with action, suspense. Solid cliffhanger with ok interior art. 7 out of 10.

Valiant Comics & July 2022 Solicitations Spoilers: In The Spirit Of Secret Weapons & Unity, Book Of Shadows Assembles Valiant’s Finest, But Who & Why?!