Two Big Reasons To Read This: 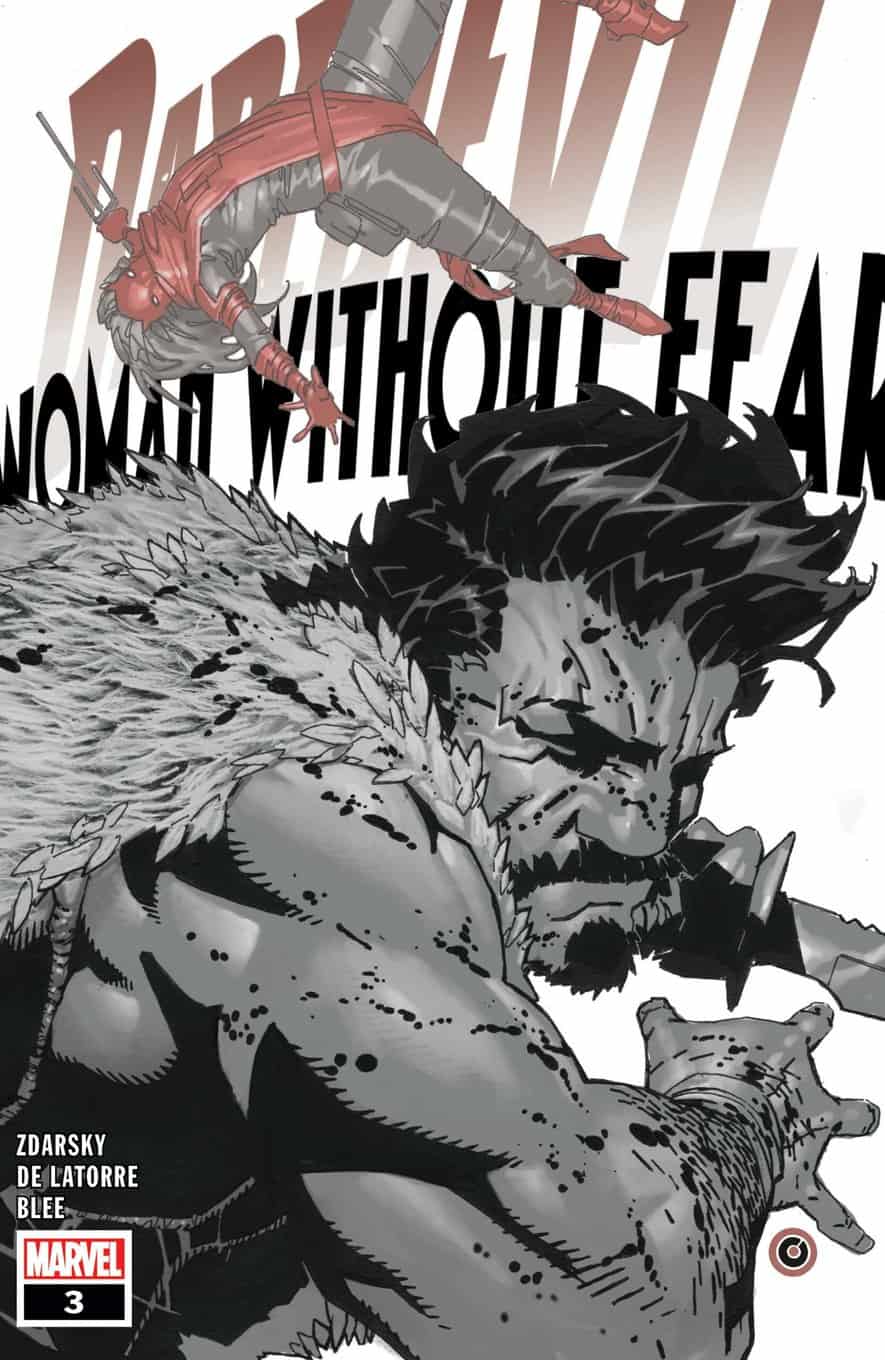 The book has one variant cover below in addition to the main cover above. 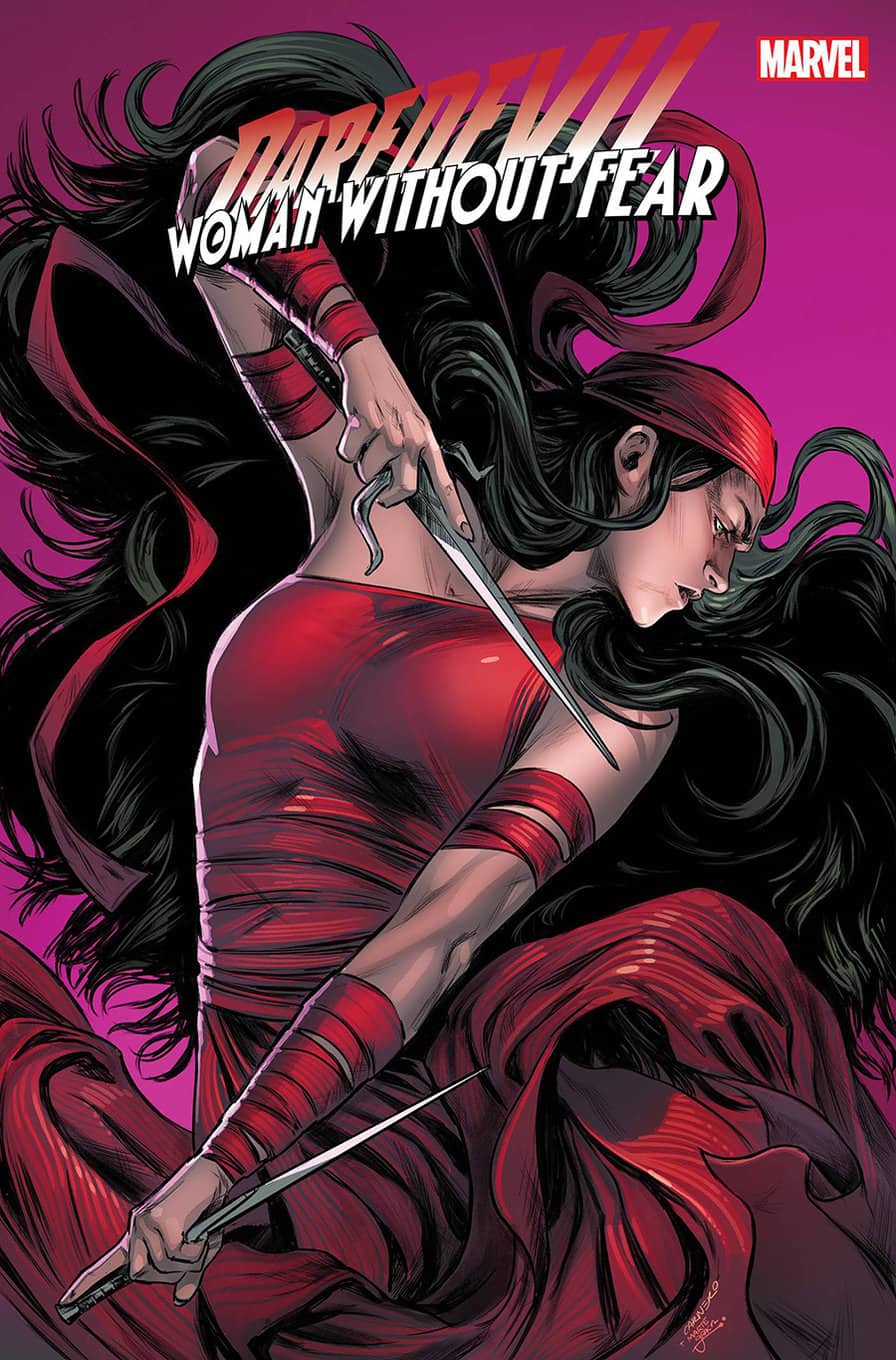 The promise of the issue can be gleaned from its solicit. 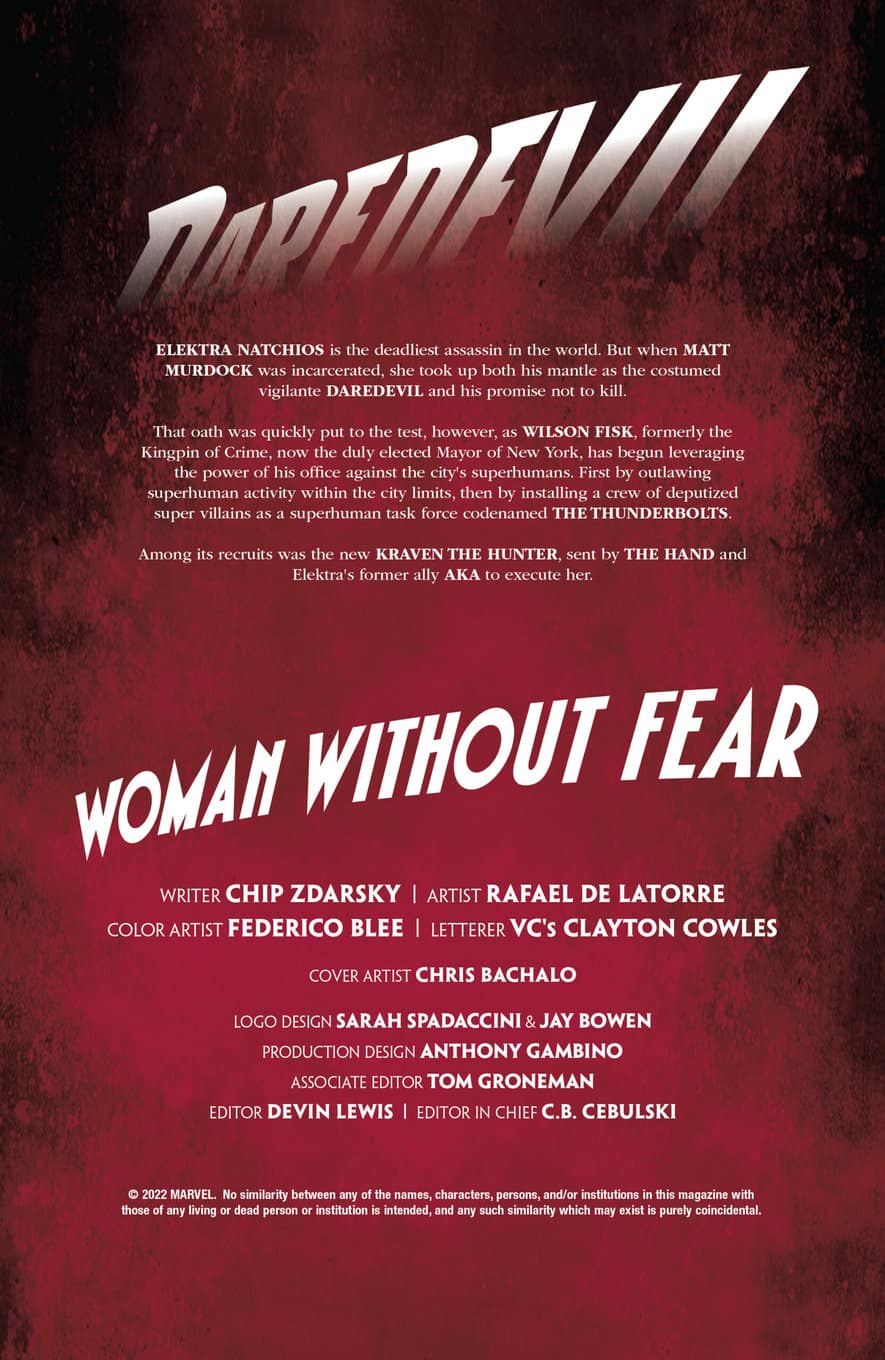 However, the issue seems to spoil a big moment from next week’s Devil’s Reign #5. 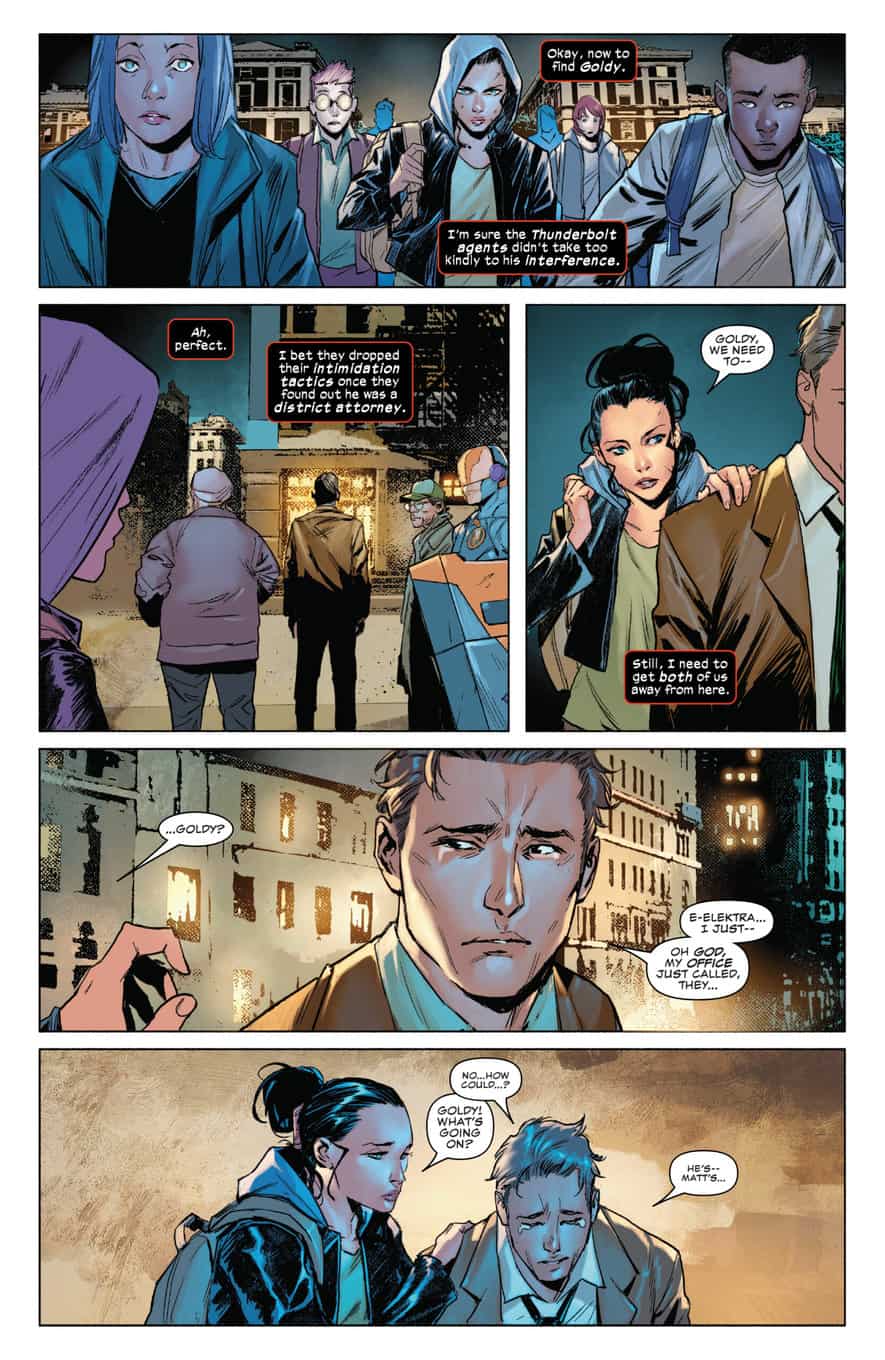 The death of Matt Murdock aka Daredevil at the hands of the Mayor of New York Wilson Fisk aka Kingpin?! 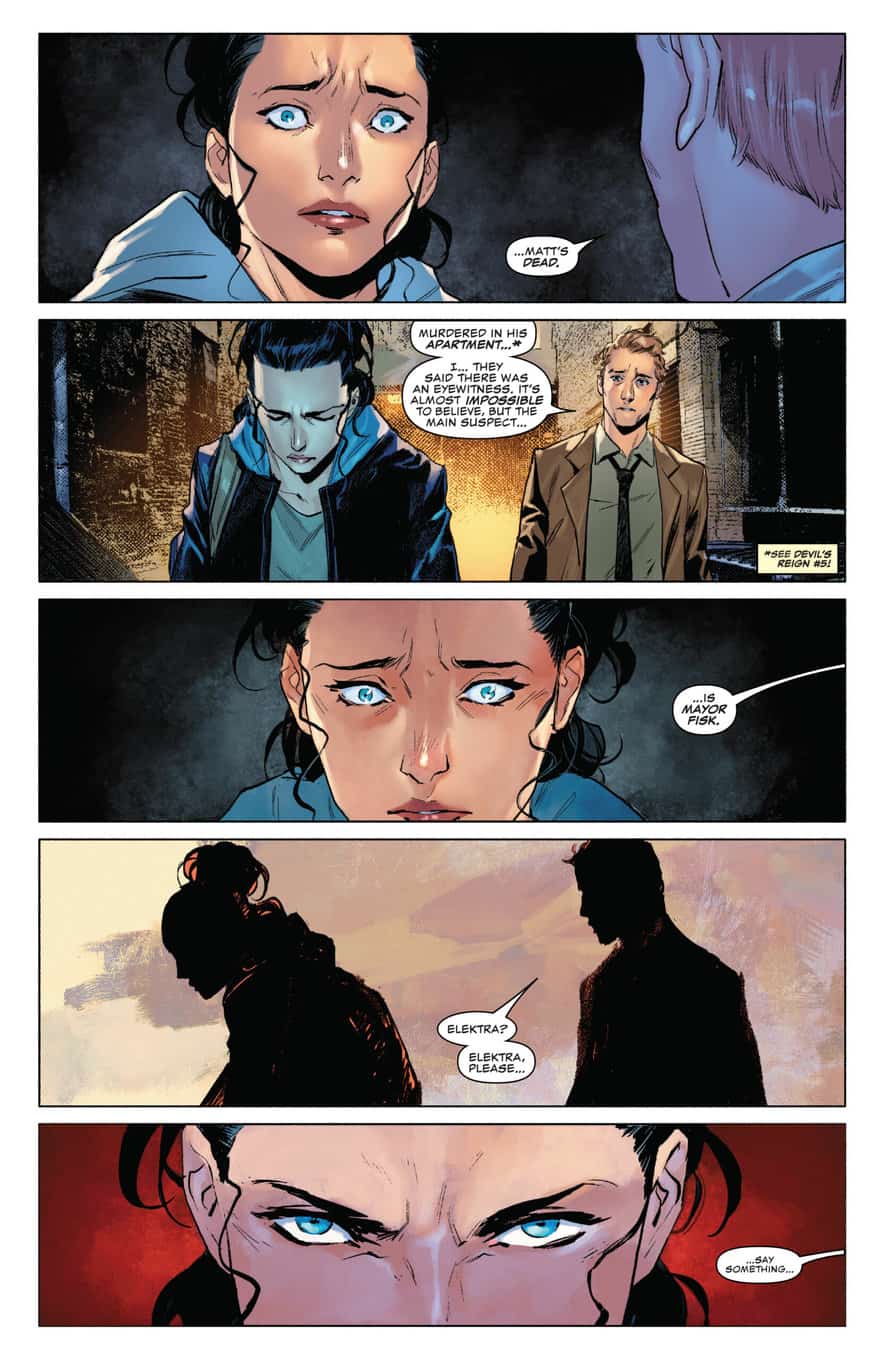 Elektra is naturally skeptical as there are other possible reason people would think Matt was dead. 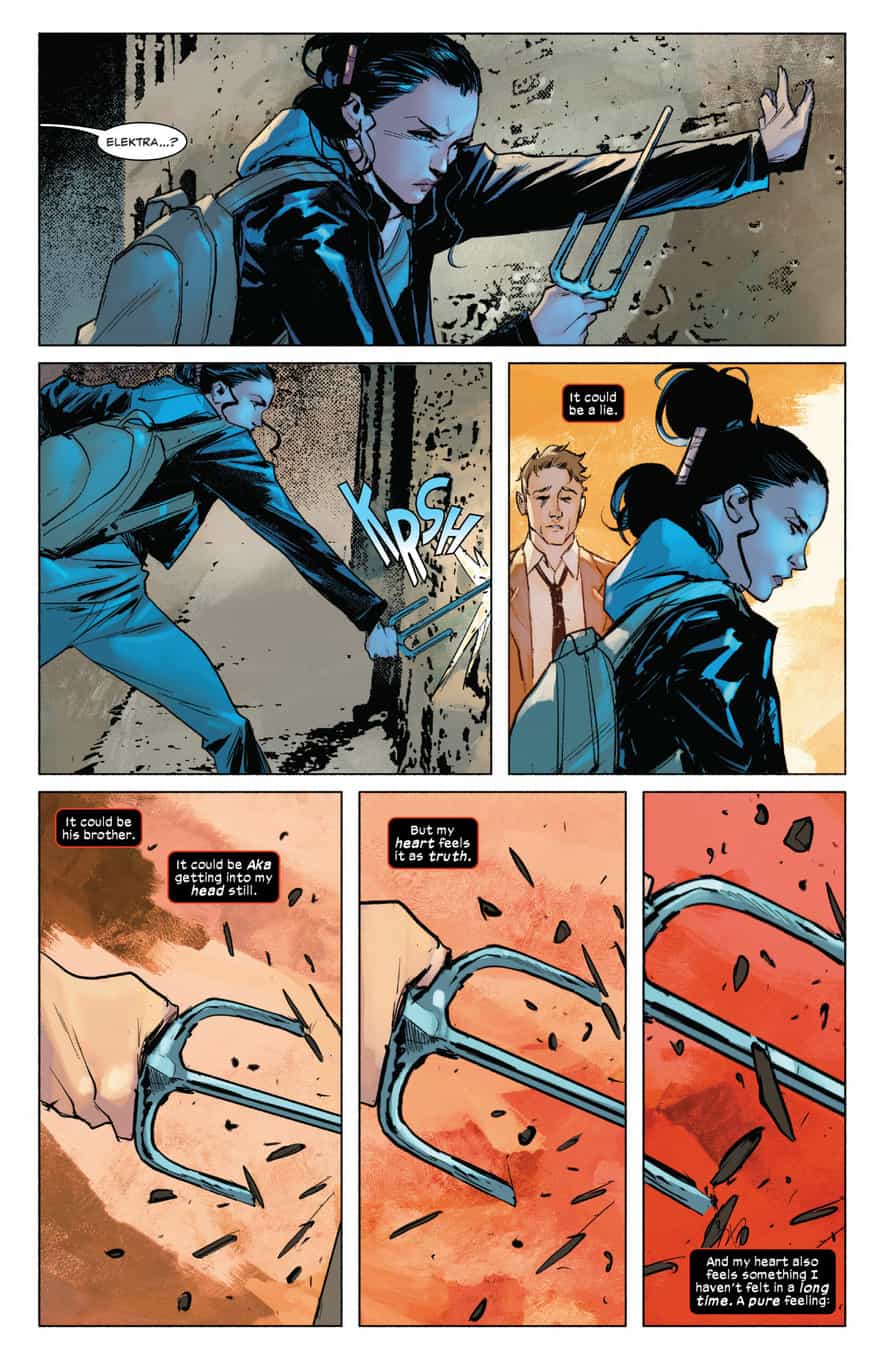 However, she plans to avenge her lover nonetheless. 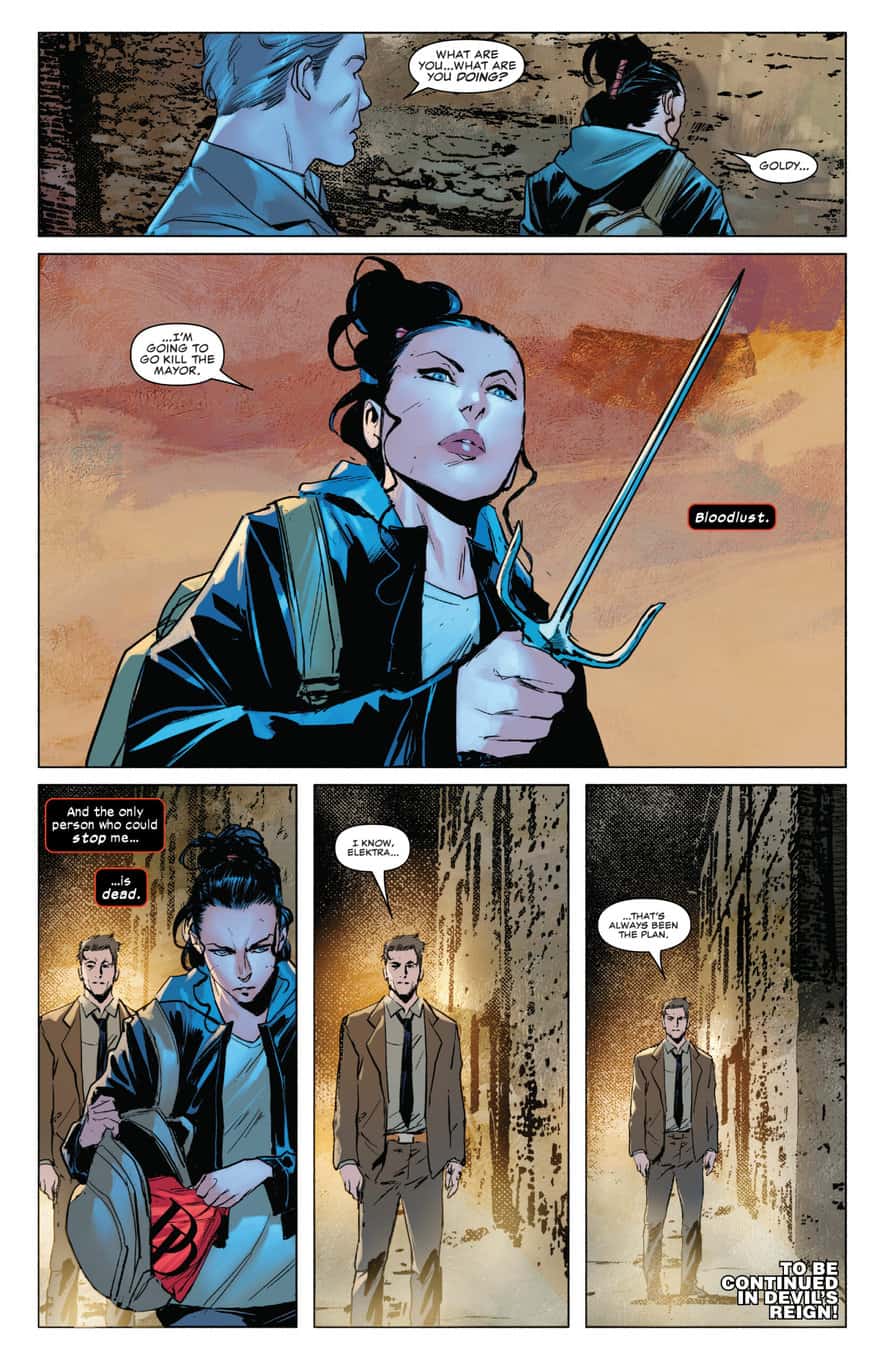 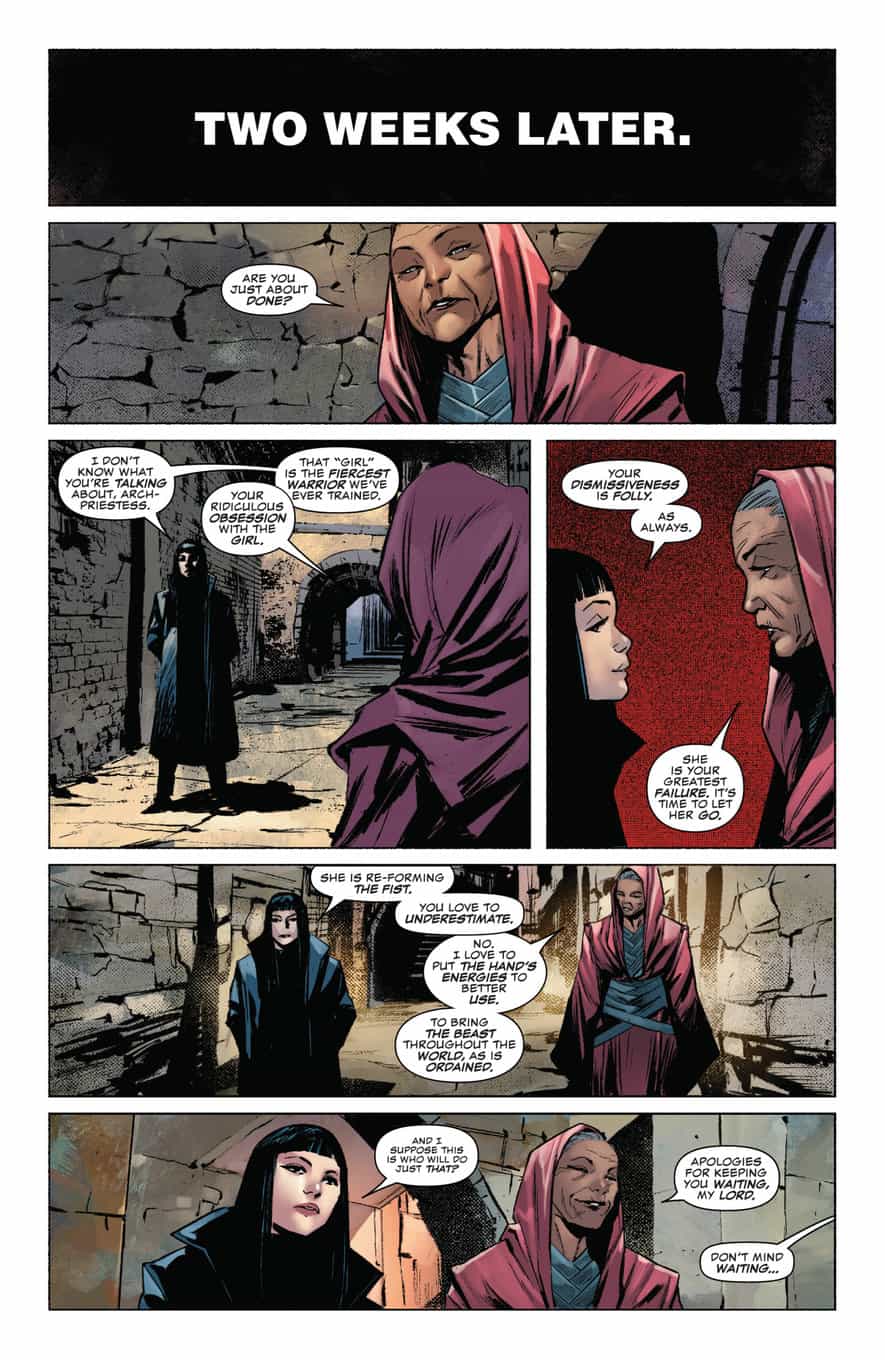 The reveal or debut of the new look Punisher. 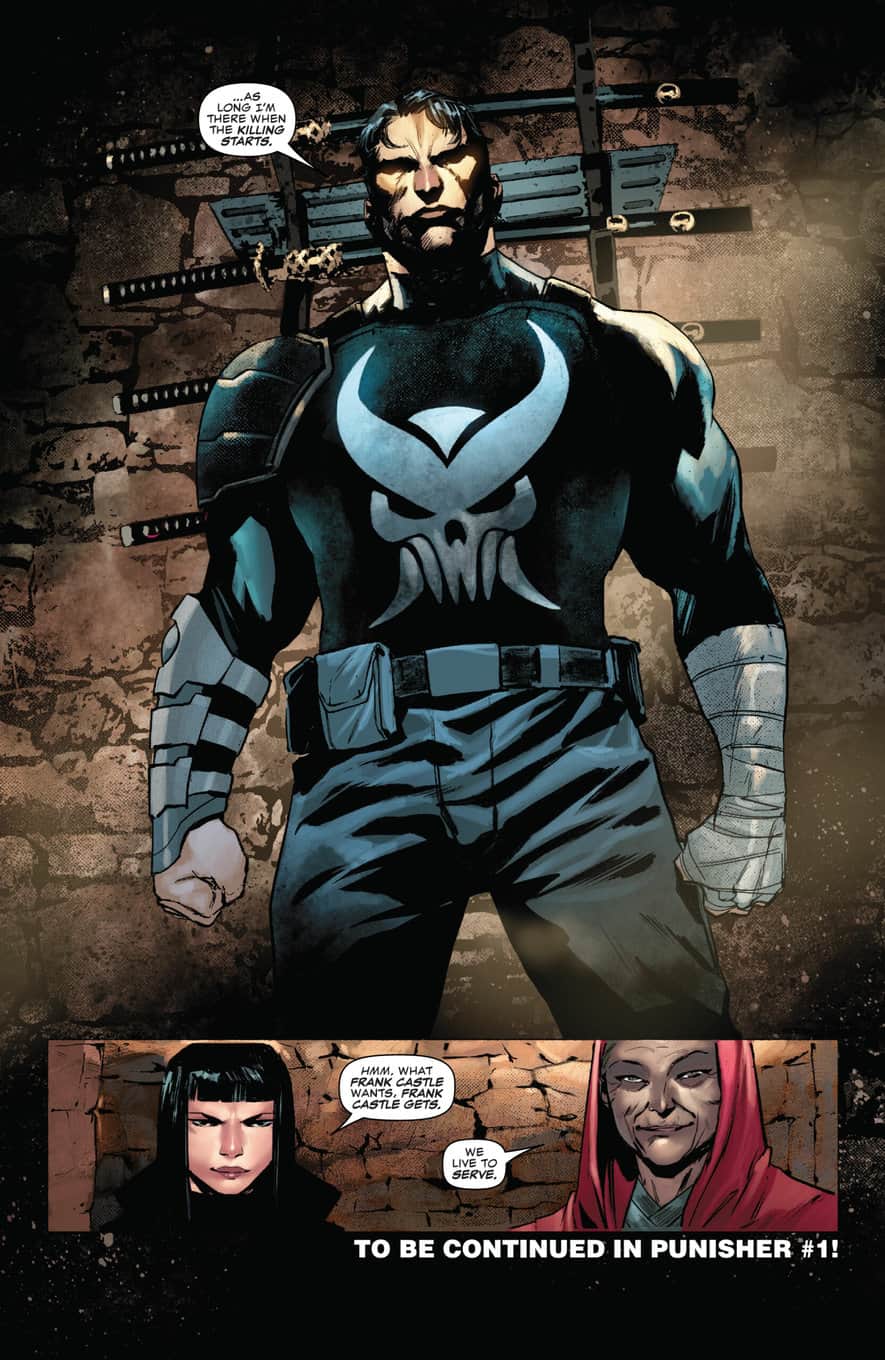 Still Frank Castle, but with a new Devil Skull emblazoned on his chest plus guns are replaced with swords.

More to come in Punisher #1 whose cover and solicitation is below. 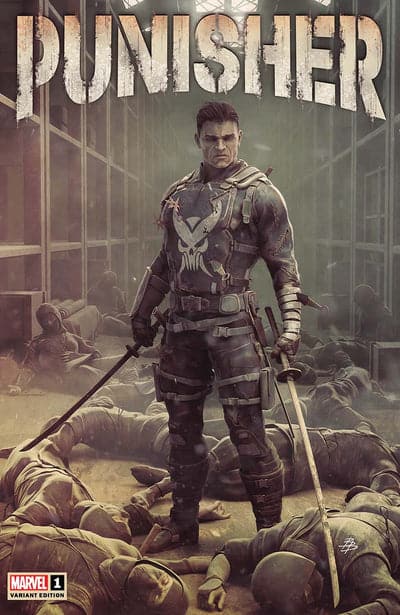 WILL THE PUNISHER’S WAR END? Born of tragedy. Devoted to war. Unstoppable in his rage. As the Punisher, Frank Castle has become the most accomplished killer the world has ever seen. Now it’s time for him to face his true destiny. What shocking secret from Frank’s past will convince him to take the reins of the Marvel Universe’s most notorious clan of assassins? And once Frank becomes the warlord of the deadly ninjas of the Hand, will it also mean an end for the Punisher? Or a whole new bloody beginning? Join the superstar team of writer Jason Aaron and artists Jesús Saiz and Paul Azaceta for an epic exploration of the dark and violent past and inevitable future of one of Marvel’s most iconic characters.

The solicit and cover for next week’s Devil’s Reign #5 is below. 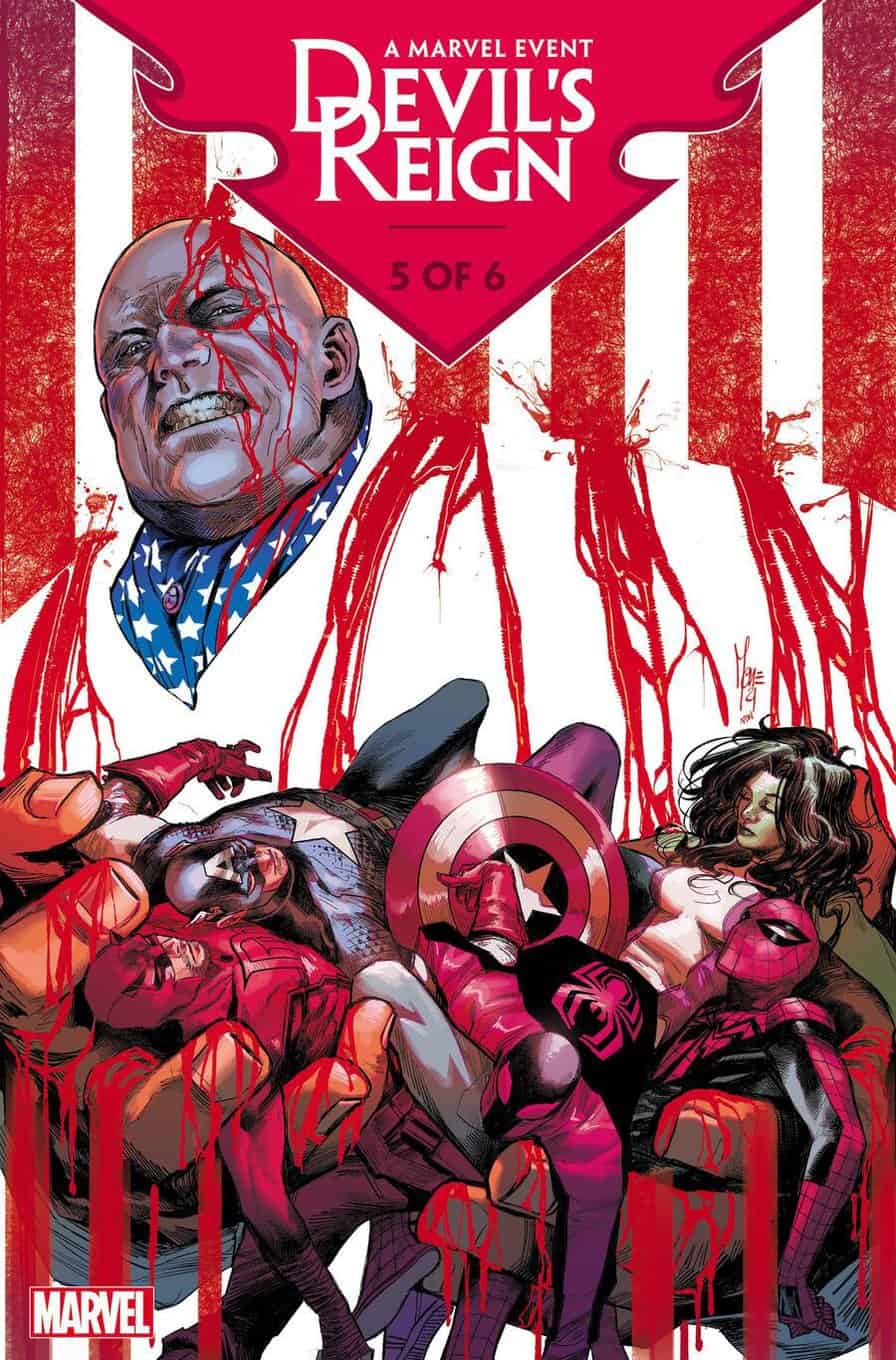 As smart and ruthless as Wilson Fisk may be, he’s chosen to enlist the aid of some of the most reprehensible, dangerous and bloodthirsty criminals the Marvel Universe has to offer! He’s been able to keep them on a short leash out of fear for weeks. IN THIS ISSUE — that fear runs out! Fisk’s lackeys aren’t scared of ANYTHING anymore, even him — and ALL OF NEW YORK is left to pay the price!

An intriguing pair of revelations in Daredevil: Woman Without Fear #3.