On A Collision Course With… 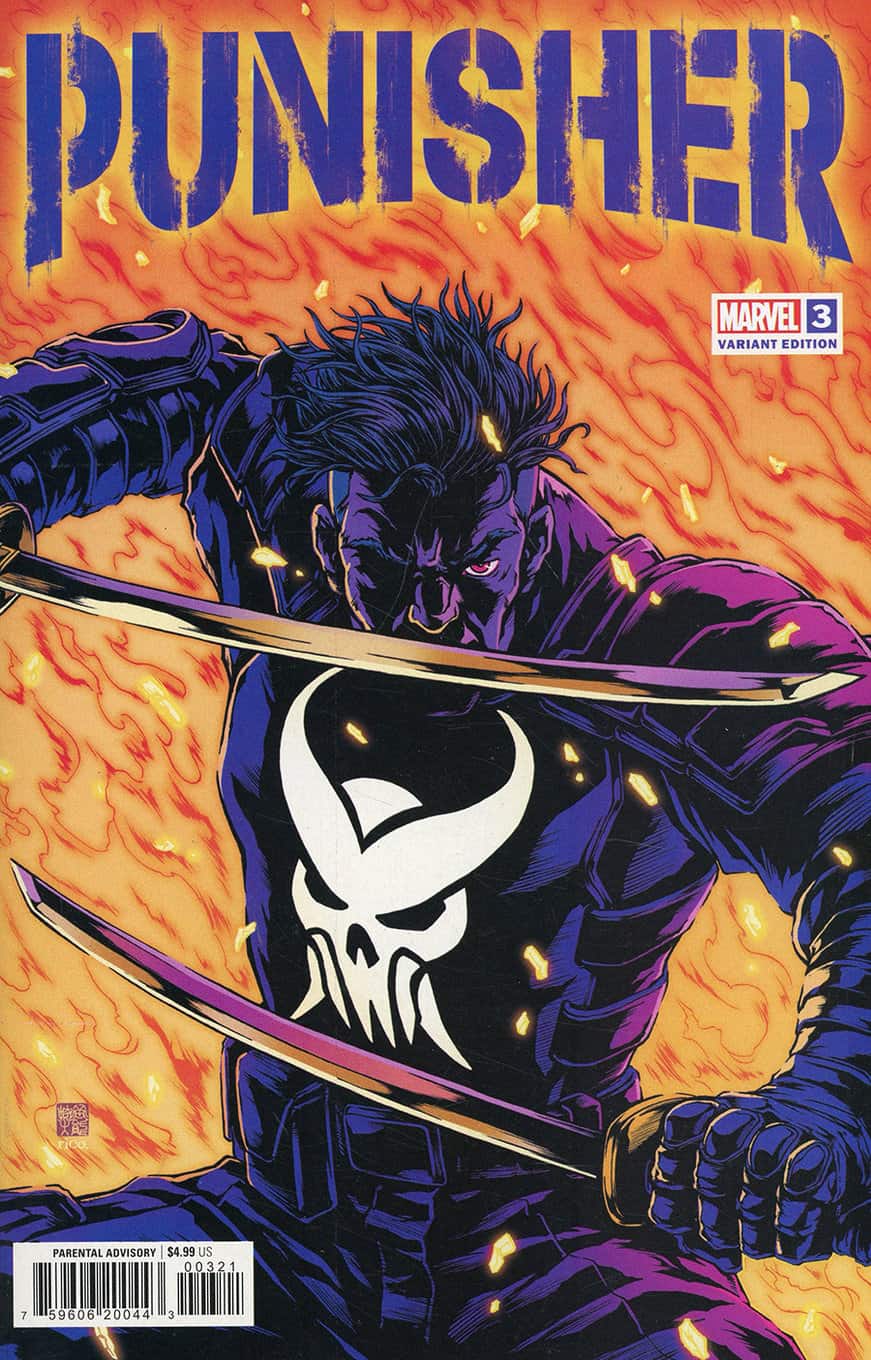 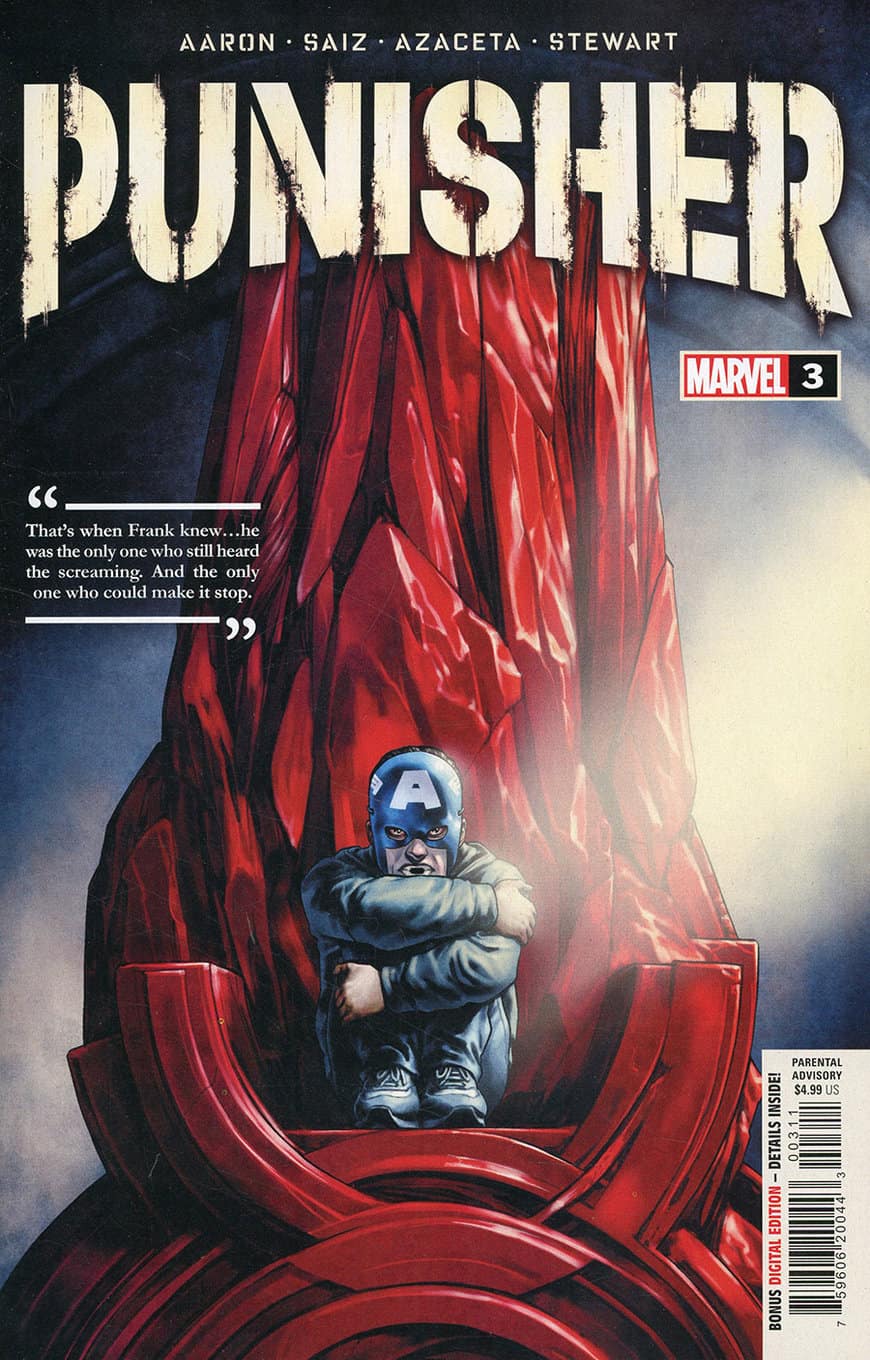 To finish his war once and for all, Frank Castle is molding the ninjas of the Hand into his own army of unstoppable killers, by teaching them the Way of the Punisher. The secret lies in a story from his past that he’s never revealed to anyone: the story of Frank’s first kill. 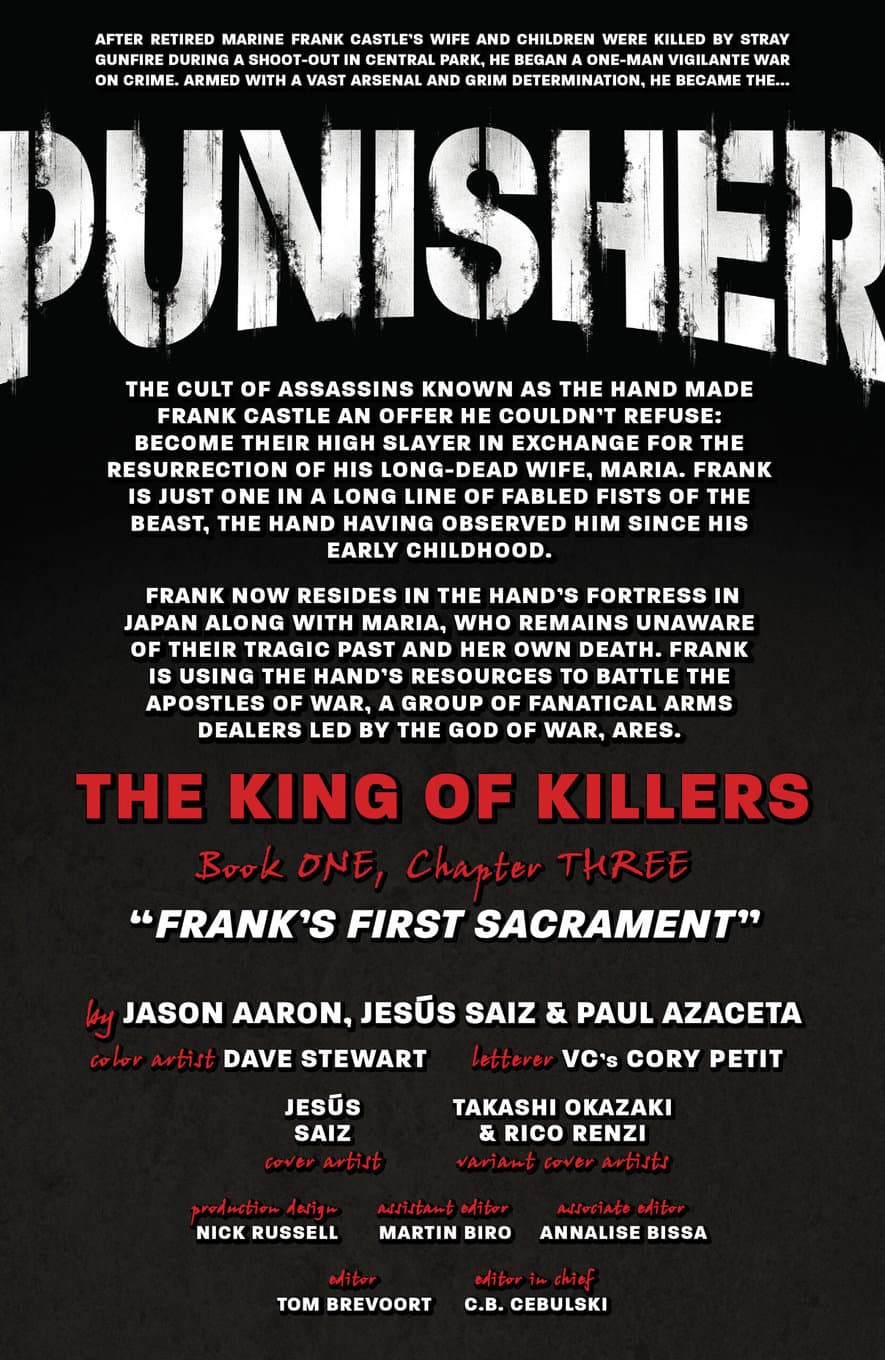 The book opens with Hydra vs. the Hand led by the Punisher. 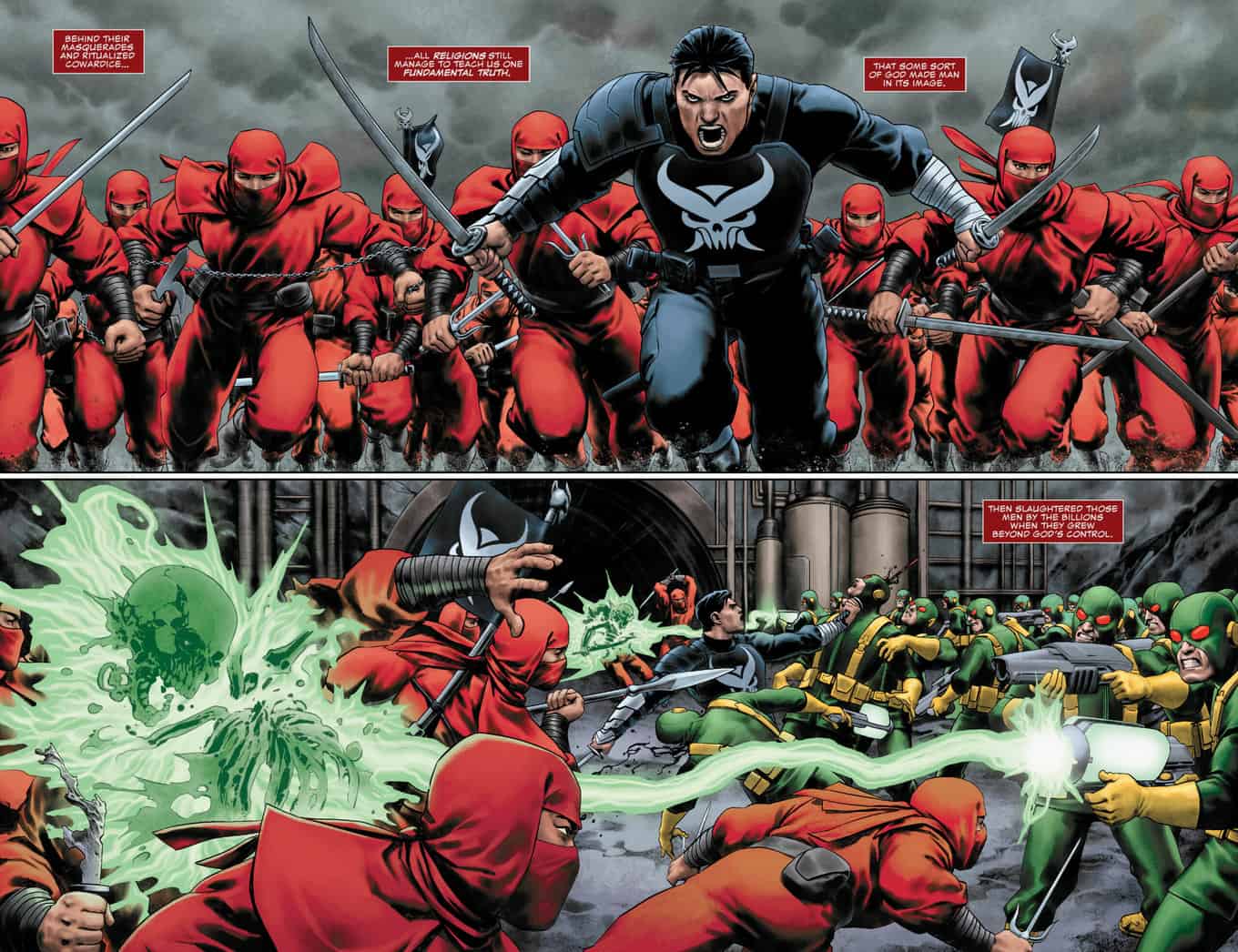 We then pivot to the Punisher “interrogating” a Hydra soldier. 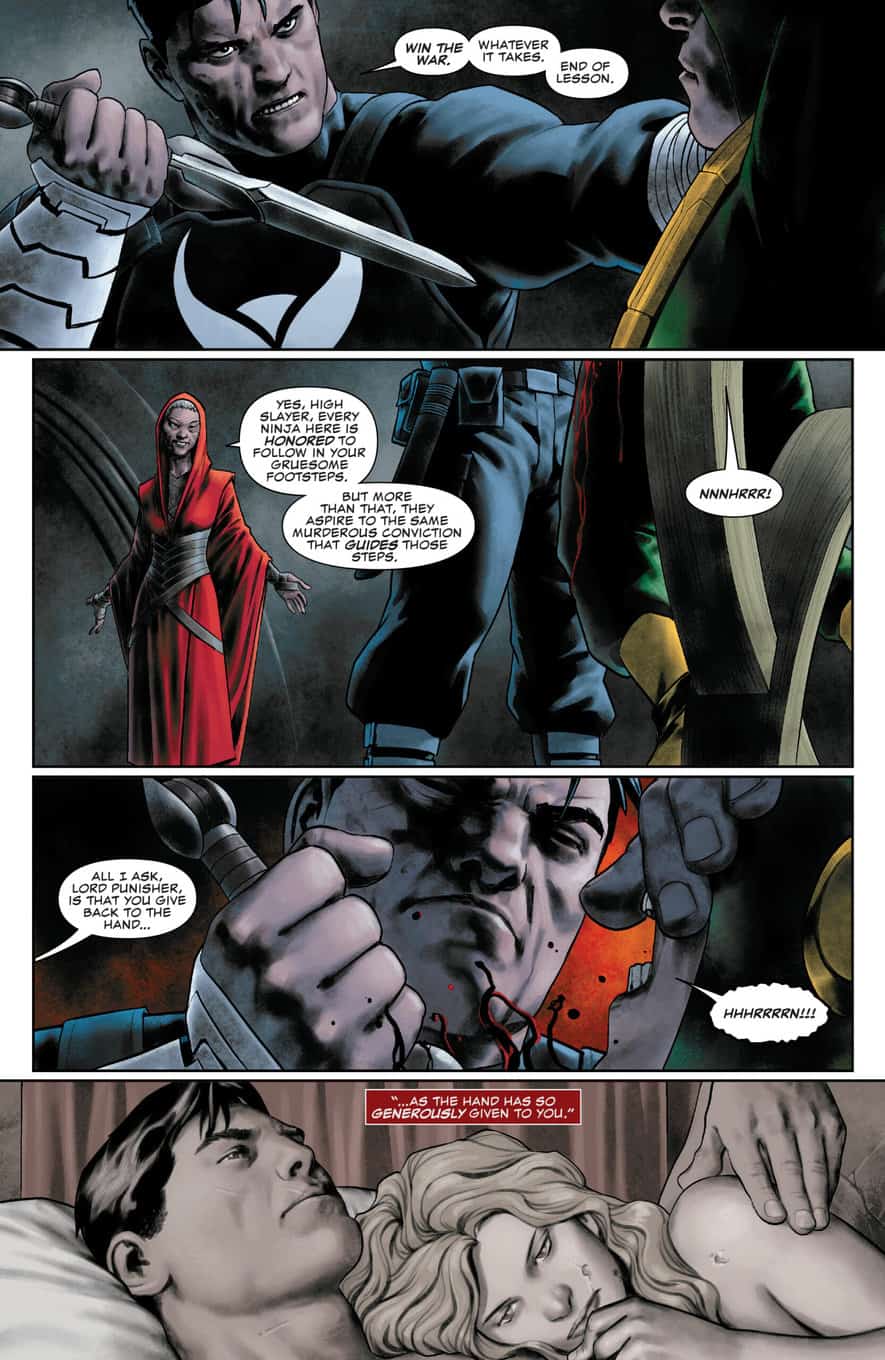 From there we get a flashback to a story that reveals that the Punisher’s first kill was a lot earlier than expected; he was a boy who killed a killer. 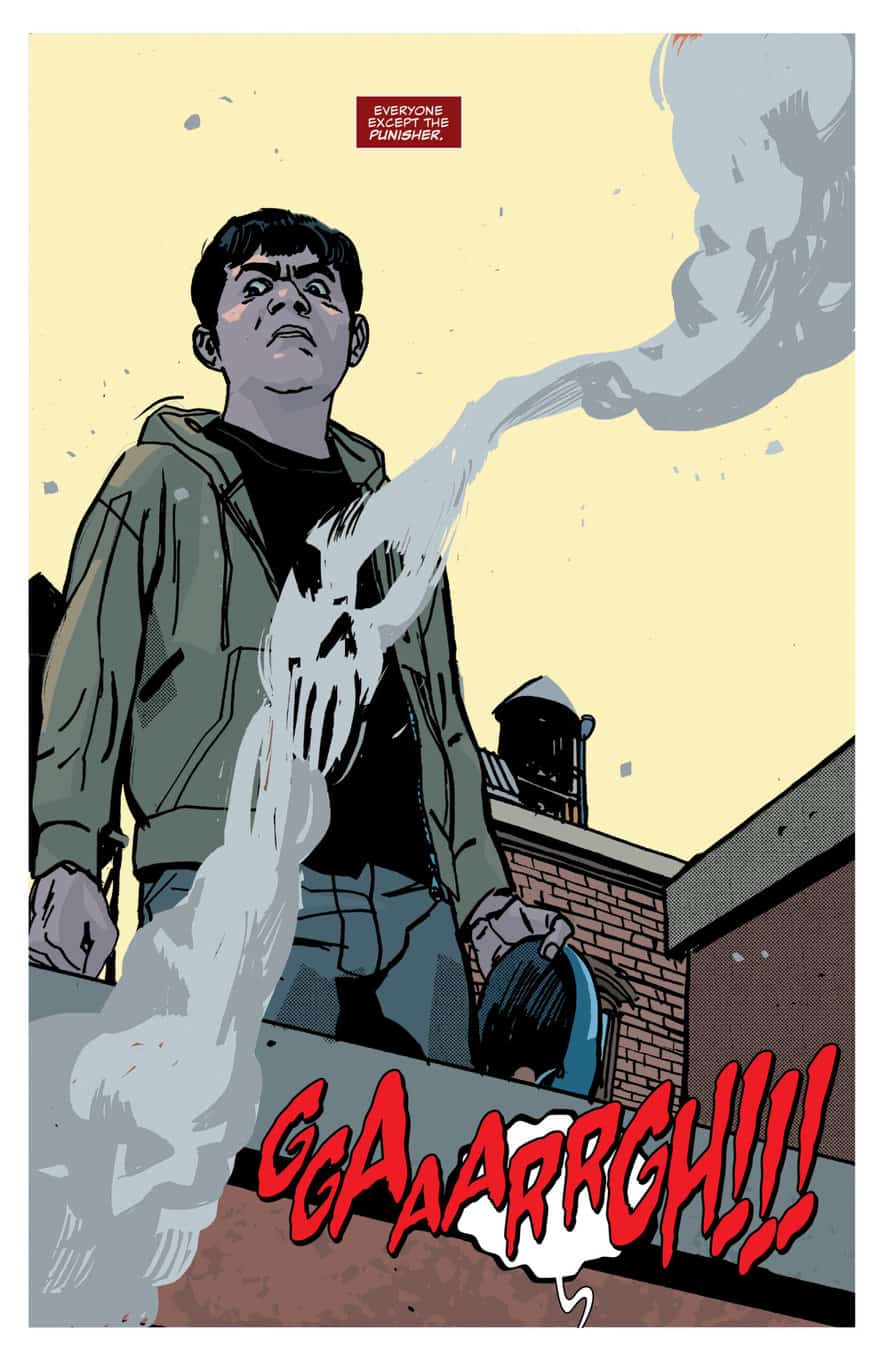 Punisher now knows that the leader of the Apostles of War is one-time Avengers “hero” the god of war Ares. 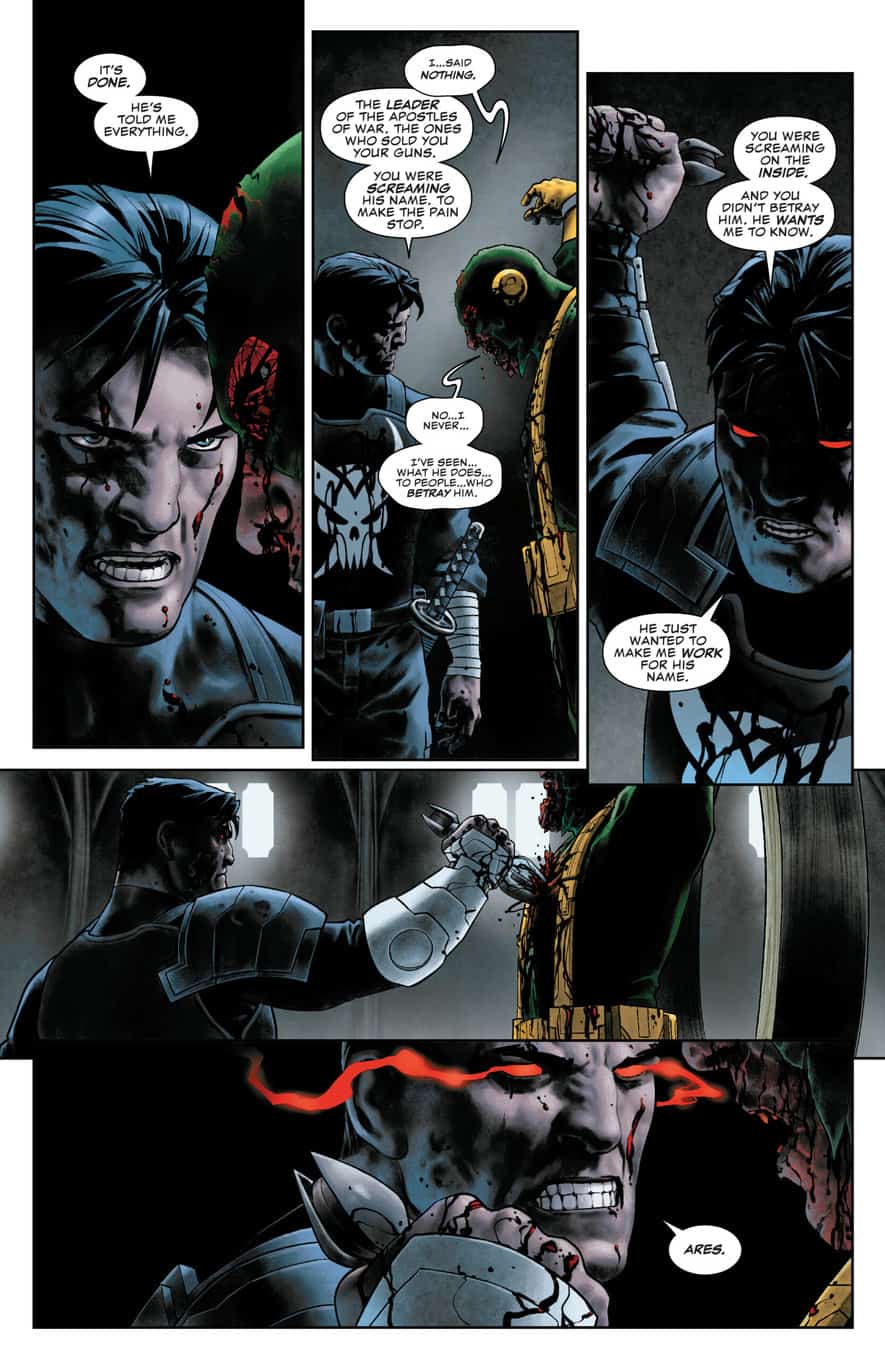 We also learn of Punisher’s code of conduct for the Hand; they only kill who he orders or if they kill anyone else he will kill them?! 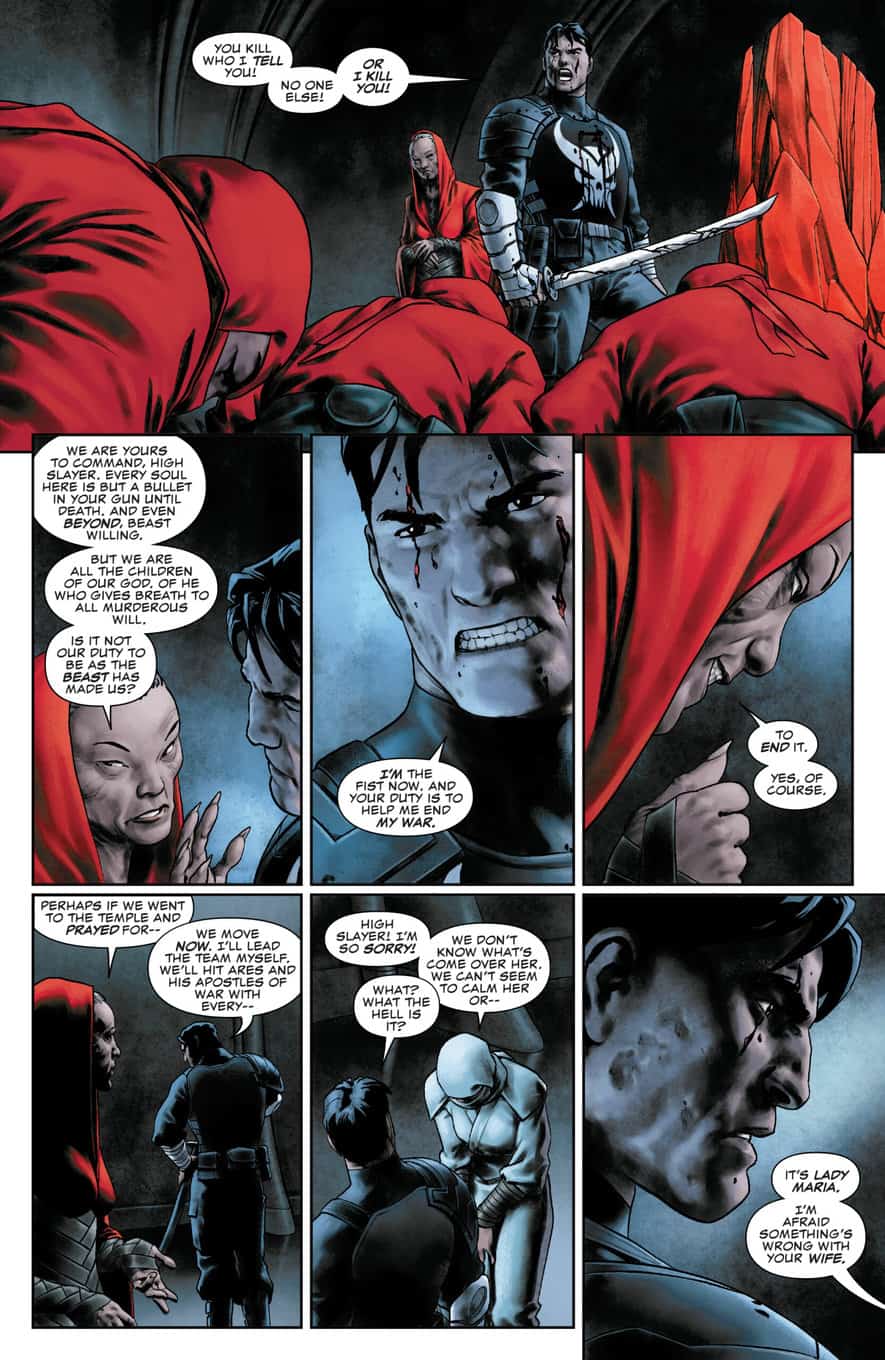 Then we get back to Punisher’s delirious wife, who is inexplicably back from the dead, and… 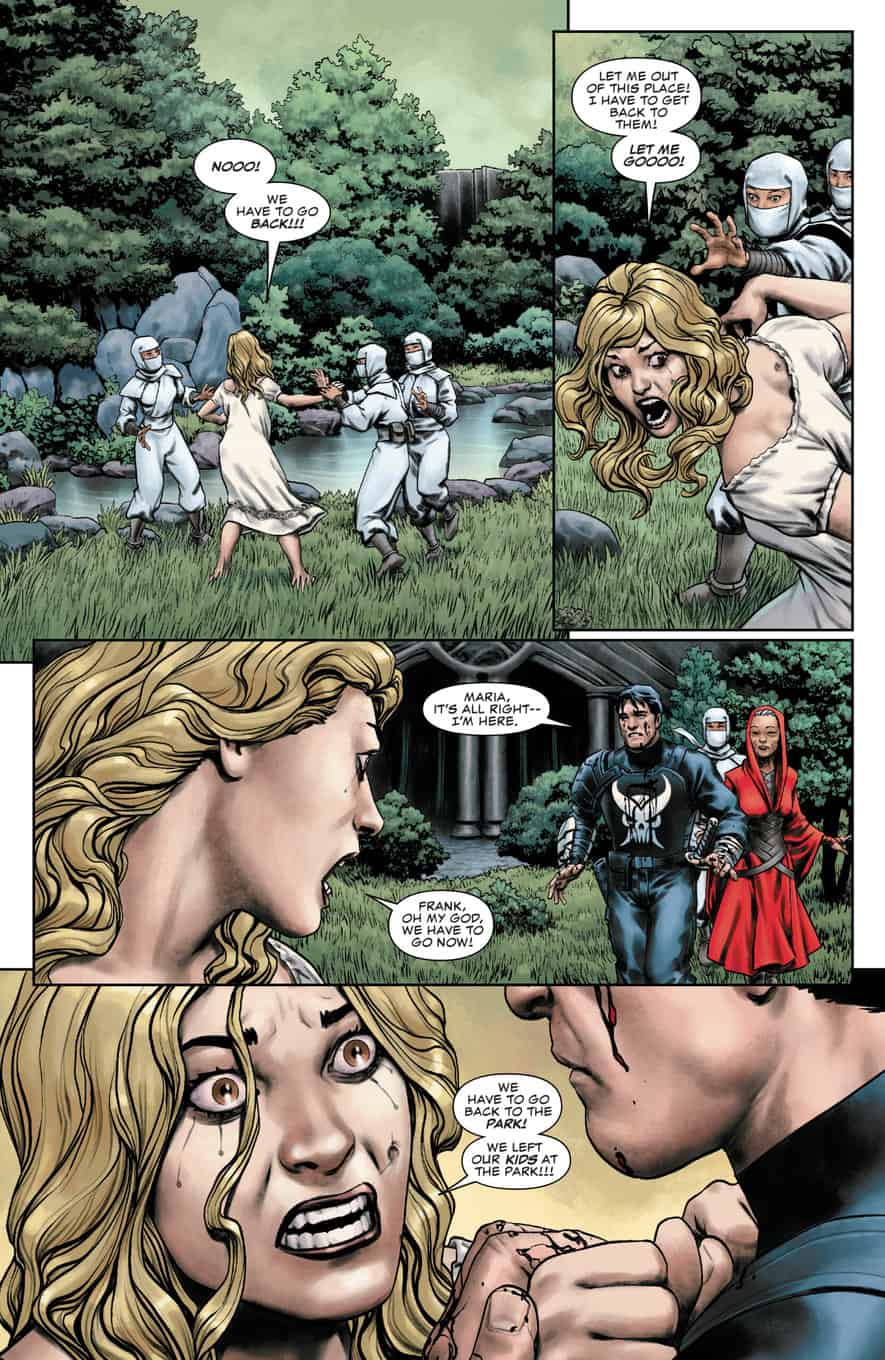 …who realized her children are missing; she doesn’t know they’re dead. 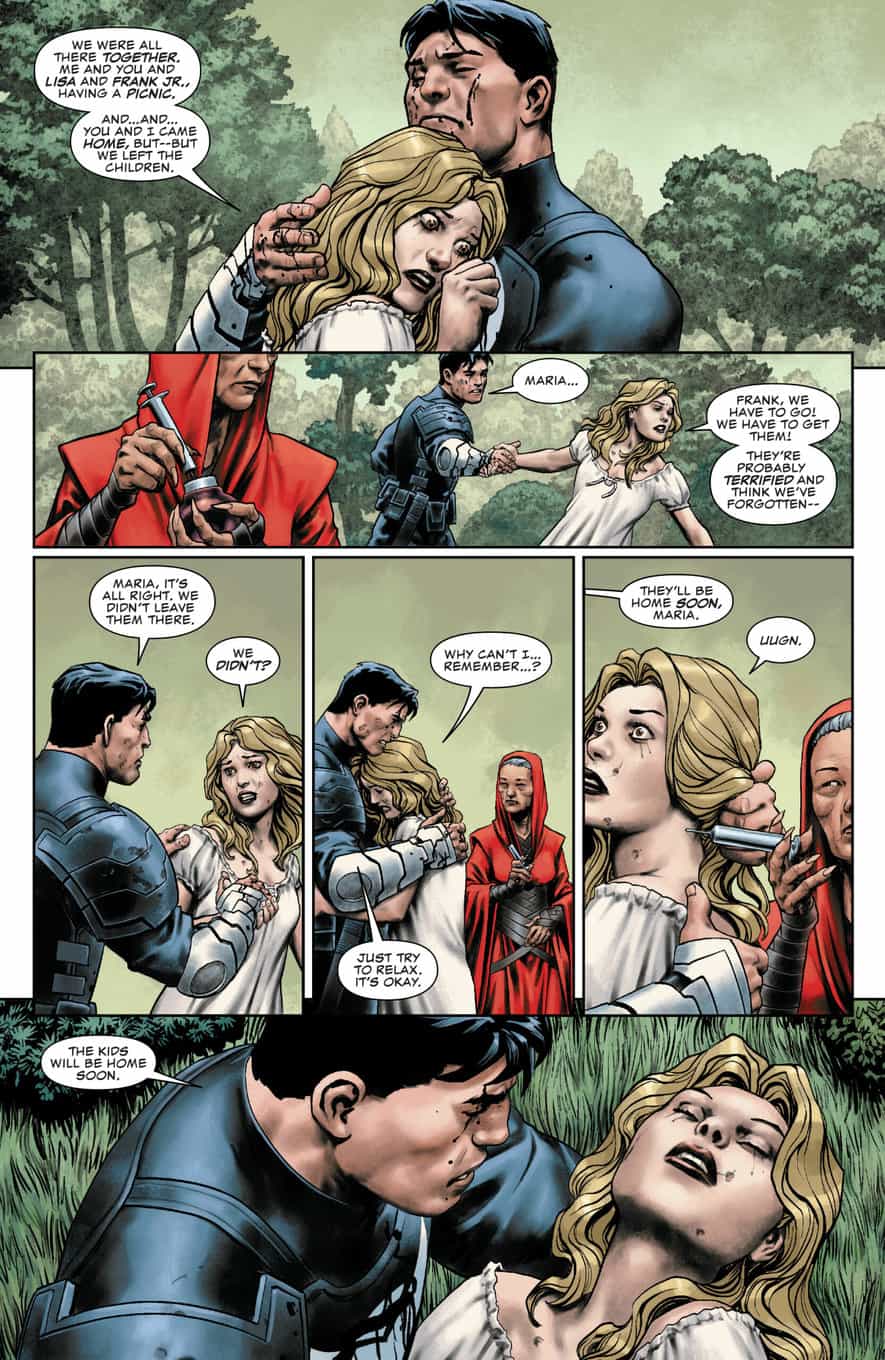 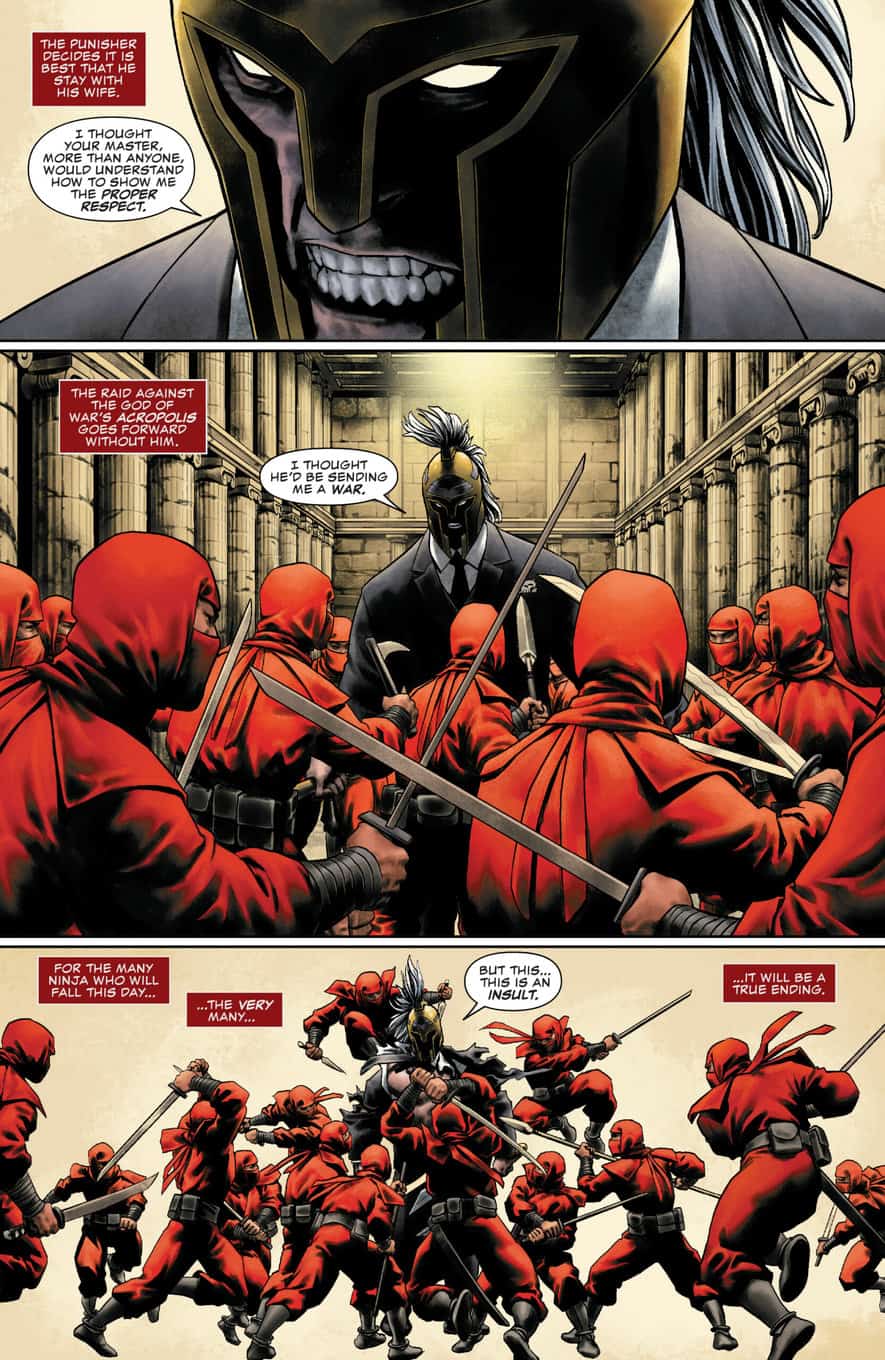 …who makes short work of the Hand’s ninjas. 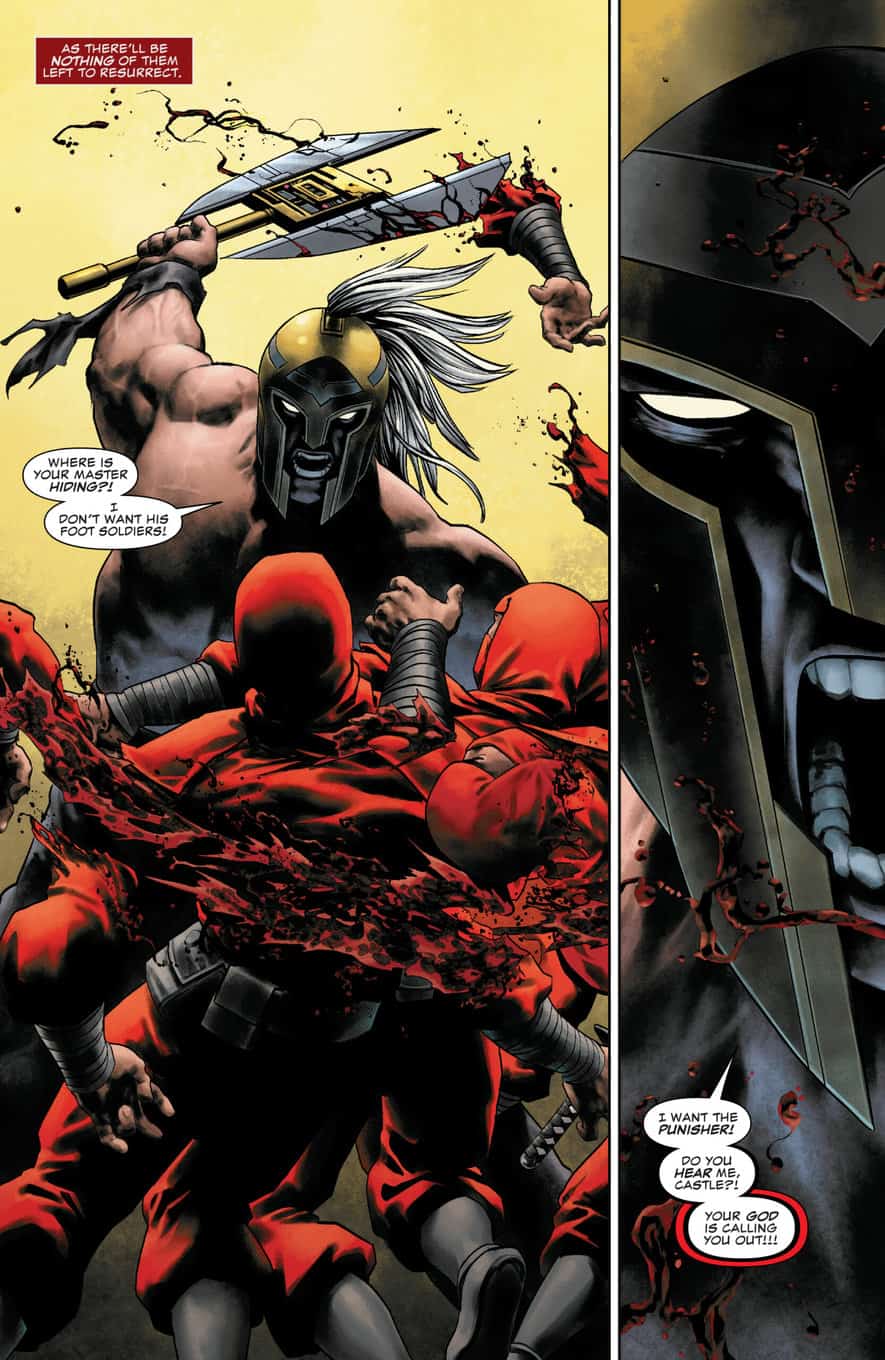 The book ends with Punisher mourning his children. 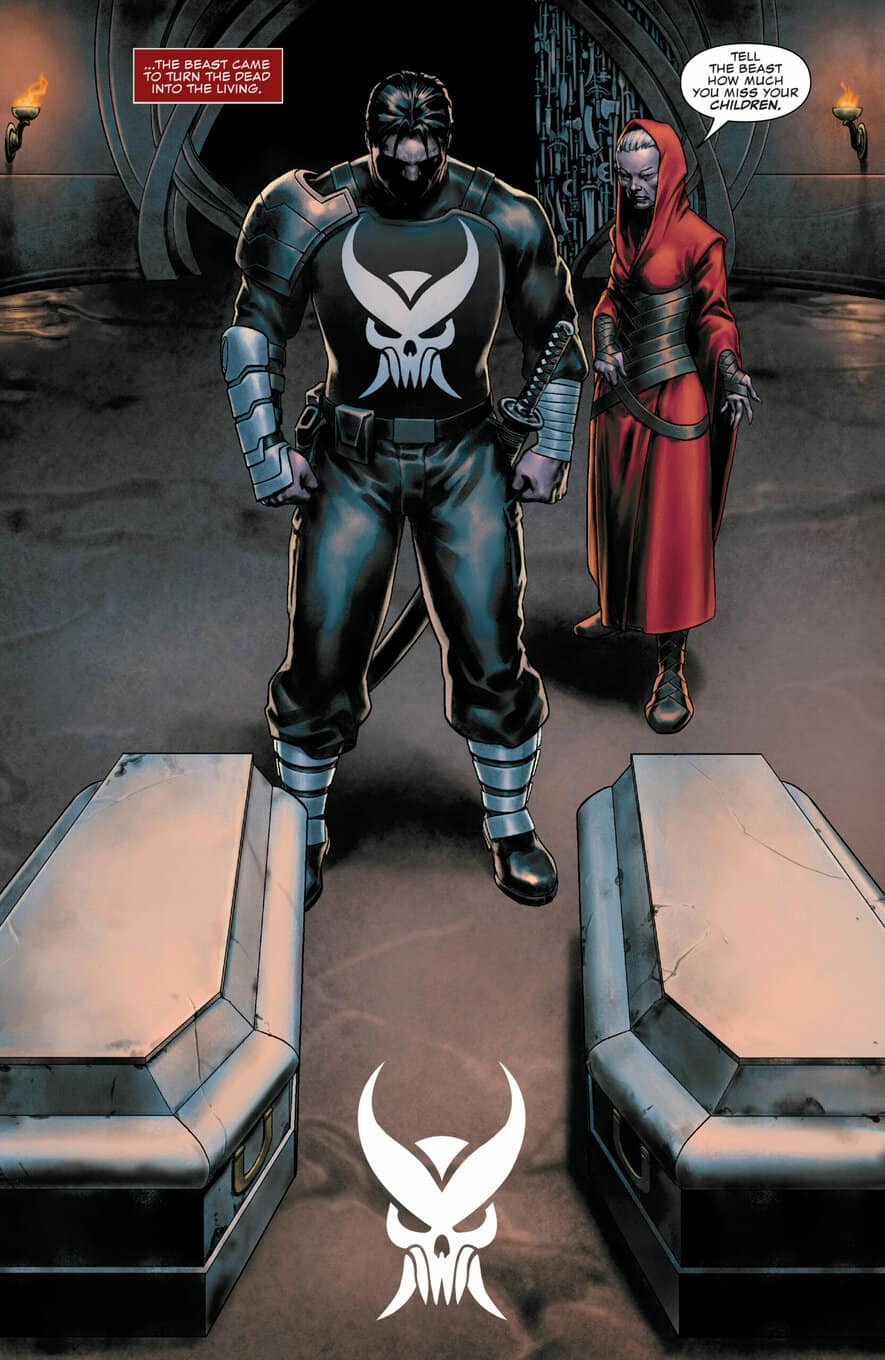 This remains a dark in tone book, but one that shows Punisher is trying to better than he was during his skull-chest gun-toting days. He is still the killer of killers though. Not redeemable despite his effort. Very intrigued by Ares’ role in the series. 8 out of 10.

Justice League Vs. Legion Of Super-Heroes #4 (Of 6) MIA From DC Comics April 2022 Solicitations, But Creator Shares Its Cover!