Inside Pulse Box Office Report: The Town and Easy A Battle for First Place 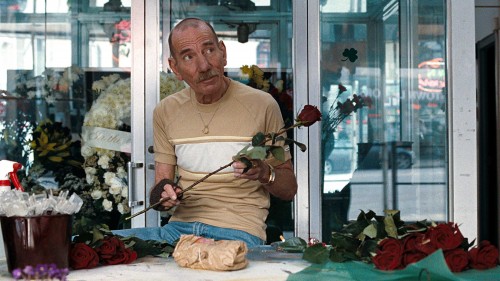 You may remember my employer. Keyser Soze.

What a weekend it was at the box office. As far as new releases go, this weekend had the second-best one-two punch in terms of great theatrical releases. Sometimes we may get one. Two is rare. For the record, the best weekend of the year was in mid-August when The Expendables and Scott Pilgrim vs. the World made their arrival. One championed the bad-ass from within. The other made you want to dig out your 8-bit Nintendo and enter the “Contra Code” and “Justin Bailey” for old times sake.

This weekend was about kicking off Oscar season with a bang. A few weeks ago it didn’t look like Ben Affleck’s The Town had much of a shot of contending. But with strong praise at the Toronto International Film Festival and a strong showing on Rotten Tomatoes (currently 93%) and Metacritic (74 – tied with Inception), Affleck’s sophomore effort – after 2007’s Gone Baby Gone – is suddenly getting attention. Warner Bros. had the same strategy when it released Martin Scorsese’s The Departed in October 2006. That crime epic had more than just Scorsese’s name as the selling point. Star wattage included Jack Nicholson, Leonardo DiCaprio, and Matt Damon. Yet it would be Mark Wahlberg as the only actor to get an acting nomination from the film. The Town has a darkhorse shot at competing for Best Picture, especially since there are 10 nominees, but don’t be surprised if WB mounts a campaign for Affleck’s directing chops and Jeremy Renner for Supporting Actor.

Metacritic was also high on Easy A, a new teenage comedy starring Emma Stone (Superbad, Zombieland). With a 72 rating, a few points higher than Scott Pilgrim no less, the comedy has become the third consecutive hit for Sony’s Screen Gems division in a month. When did Screen Gems suddenly become the destination for low risk, high reward projects? Maybe I’ve completely overlooked the successes of Prom Night and Stomp the Yard. Though I could have sworn I saw a trailer long ago for Easy A advertising a release prior to its September 17th bow. I guess the release date paid off for the studio. It also helps that the comedy is great. Kids who grew up on John Hughes movies will be getting all nostalgic with their own kids who can’t yet identify with Say Anything and can’t understand why there’s a clip inserted with a young McDreamy riding a lawnmower.

Opening in third place was Devil. A week removed from Resident Evil: Afterlife, audiences weren’t as amped for low-budget scares with a no-name cast. Still, $12.6 million is not a bad gross. Had the film not been marketed on the name of producer M. Night Shyamalan, which was met with many groans the many times I sat through the trailer in theaters, it may have raked in a few millions more. Shyamalan is long past the point of jumping the shark, yet some audiences are easily duped by the trailers cut for his films. They are well made, but people have slowly come around to having a strong distaste for the auteur and his “twists.” As the first production for the Night Chronicles studio, I fully expect that the next release won’t have Shyamalan’s name prominent in the ads.

And what about Resident Evil. In its second weekend, it lost 62% of its viewership. Massive opening with inflated 3D pricing equates to bigger audience drops. People may like zombies, but this was clearly a sign that the first week numbers were for those who flock to see it on the big screen on the big screen. I should know; we have one of the flock on staff. At $44 million, its performance overseas and on DVD and Blu-ray will be enough to ensure that a fifth movie happen. But if the numbers can’t overtake or match those of Resident Evil: Extinction, Screen Gems may want to go ahead and make the fifth installment the last.

Even with three new movies occupying spots 1 to 3 on the list, Lionsgate opened the 3D animated Alpha and Omega. The trailer looked like crap, but for a movie about wolves, it did cleverly use Duran Duran’s “Hungry Like the Wolf.” Opening at $10 million with the 3D surcharge, it could have easily opened at less than $5 mil. Lionsgate isn’t known for animation – did anybody actually see Happily N’Ever After in theaters? – so this $20 million film is a good test to see if the studio can carve a niche, the same way Universal did with Despicable Me this summer.

It appears that Takers has taken all it can at the box office. Another stellar showing by Screen Gems, the studio finished the weekend with three films in the top ten. The movie could very well end up with $60 million. The ending leaves it open for a sequel, but would we really want a movie where it’s just Paul Walker headlining with a bunch of up-and-comers? He works better with company, be it a rap star or Vin Diesel. The American, which was a surprise number one several weeks ago, looks to also be calling it quits. More than likely, Focus Features will start an Oscar campaign, despite the studio also having The Kids Are All Right, which it will definitely be pushing hard. But it has a good shot of getting a cinematography nod. Simply breathtaking visuals by Martin Ruhe.

Proving that summer isn’t quite over, The Other Guys and Inception are still making money. Christopher Nolan’s film just finished its 10th consecutive weekend in the top 10. The Adam McKay-Will Ferrell yukfest has been a resident for seven weekends. Inception is $15 million away from the elusive $300 mil mark, but it has passed $750 mil worldwide. As of now, its Oscar chances are a lock. It’s about as sure a sure thing you can get next to Pixar’s Toy Story 3. And while The Other Guys‘ success may not have hinged on Mark Wahlberg’s presence, he did help it become a $100 million hit. That may be to his benefit should the Academy reward him with a nomination for his performance for David O. Russell’s The Fighter. Being bankable can lend him credence to Academy voters. Though it doesn’t always work.

Switching gears from the multiplex to the arthouse, the docu-thriller Catfish made $255,000 on 12 screens. I’ll tell you right now that the film is not a spin-off of The Cove. Also opening in limited release were Fox Searchlight’s Never Let Me Go and Philip Seymour Hoffman’s directorial debut Jack Goes Boating. The former had the best theater average of any film with more than $30,000 per screen. And finally getting a release is Leaves of Grass. About time; I only saw it in March, but it feels like years. Now that it has a theatrical release maybe people can understand why I like it so much. Edward Norton is my darkhorse pick for Best Actor.

WWE Issues Further Statements On The Passing Of Scott Hall AKA Razor Ramon!