I’ve been reading much of the Batman line since the genesis of DC Comics’ New 52. Writer Scott Snyder and artist Greg Capullo’s Batman, the flagship of the Batman Family line, has been sucking the oxygen out of bat-fandom, but there are some other amazing books in the line. Peter J. Tomasi and Patrick Gleason’s Batman and Robin is always an entertaining read, Kyle Higgins’ Nightwing is always engaging, and Scott Lobdell’s Red Hood and the Outlaws is never boring.

All of these titles, and others, are part of DC Comics New 52’s “Death of the Family” marking the return of the Joker to mainstream DC. The titles that are part of this mini-event are noted on the below checklist. 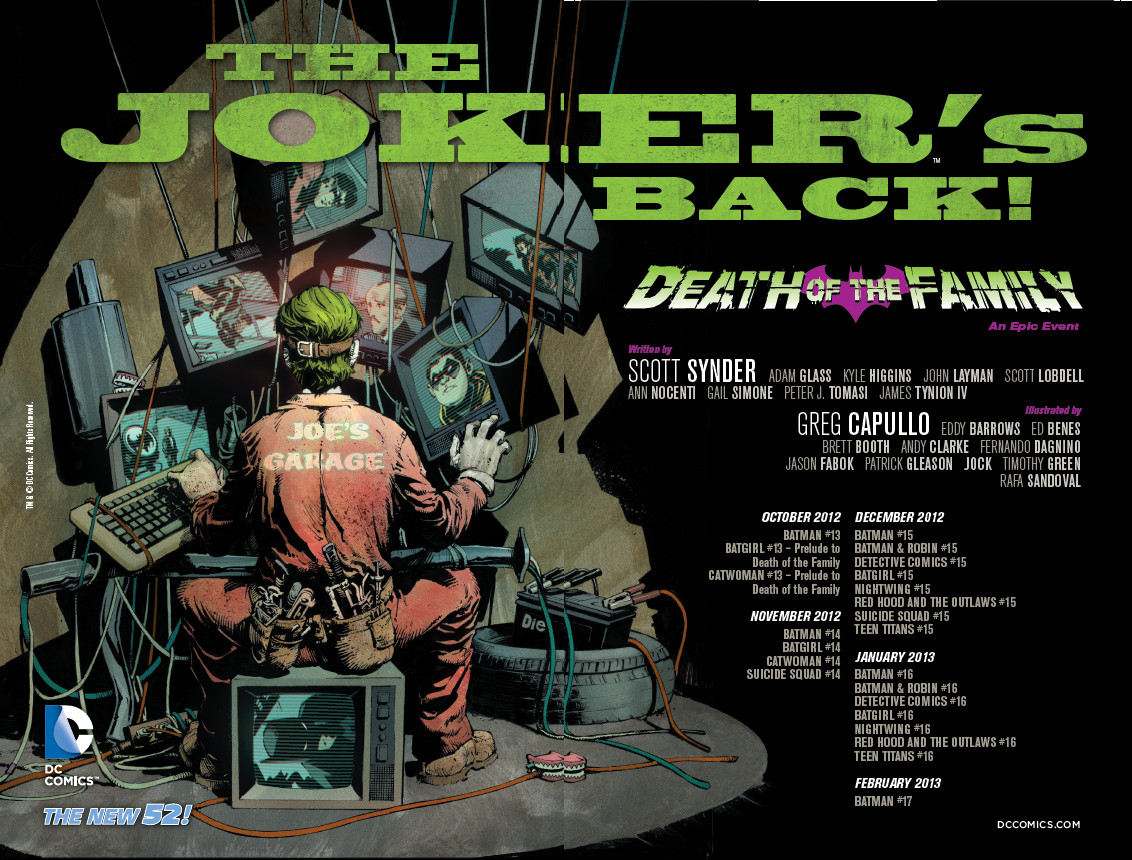 In Red Hood, Joker seemingly drugs Jason Todd’s love interest and calls the EMTs and police to… save her? Well, since Jason is a fugitive from the law, this is an interesting end of the issue. Oh, and seeing Superman tangle with the Outlaws made for the main story being quite fun.

And, as you can see from the cover of Batman and Robin, the Joker is responsible for the machinations in that issue.

As can be expected, all the titles that tie into Death of the Family, directly or indirectly as per the above, may not be everyone’s cup of tea. I’ve clearly enjoyed the titles I read on the ongoing basis including the Suicide Squad edition. However, my visit with Catwoman has been less than entertaining while Batgirl has been amazing with the last issue #13 ending in a gut-wrenching cliffhanger.

You don’t need to get all the issues to enjoy the overall story of the Joker’s return. So, read what you want and check out the Comics Nexus for the one’s you aren’t reading. ;)

What’s been your fave issue of this mini-event so far?

Well, we’re getting closer to January 2013 and we still have not heard back from Cartoon Network or DC Entertainment regarding their reasons for the postponement of new episodes of the DC Nation block to 2013.

The Young Justice Season 2 teaser reel revelations has me so excited for 2013, but as I have stated many times I just wish Cartoon Network was more transparent about what happened. 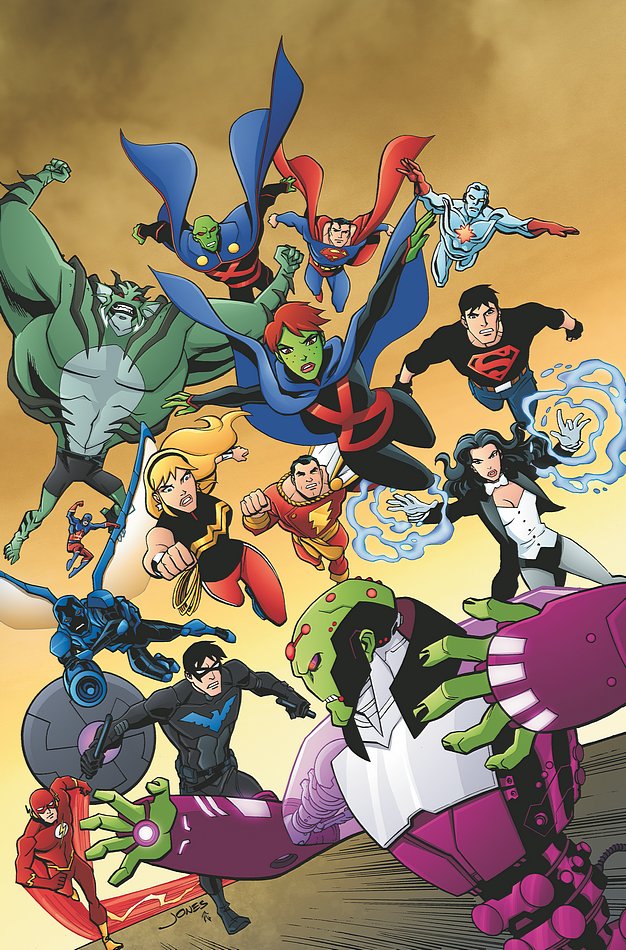 • The heroes make their last stand against Kylstar and Brainiac!
• Metropolis is still in danger, but now the entire planet risks destruction!
• Deadshot hits his target!

Will the TV series continue onwards without a companion comic book and buck past history? Or will Young Justice Invasion Season 3 be replaced by Beware the Batman Season 1?