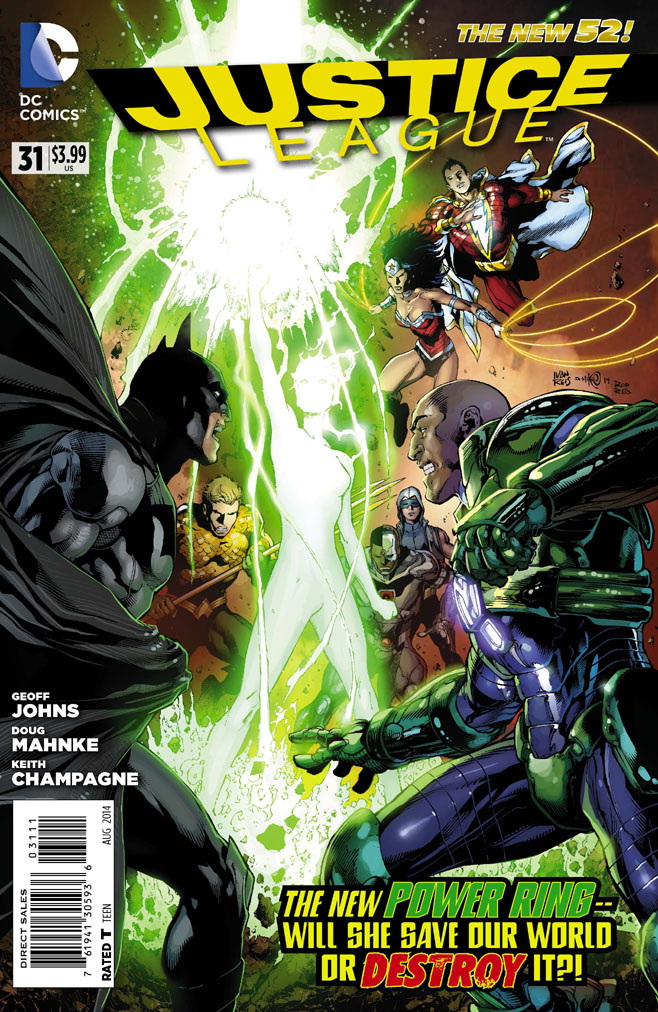 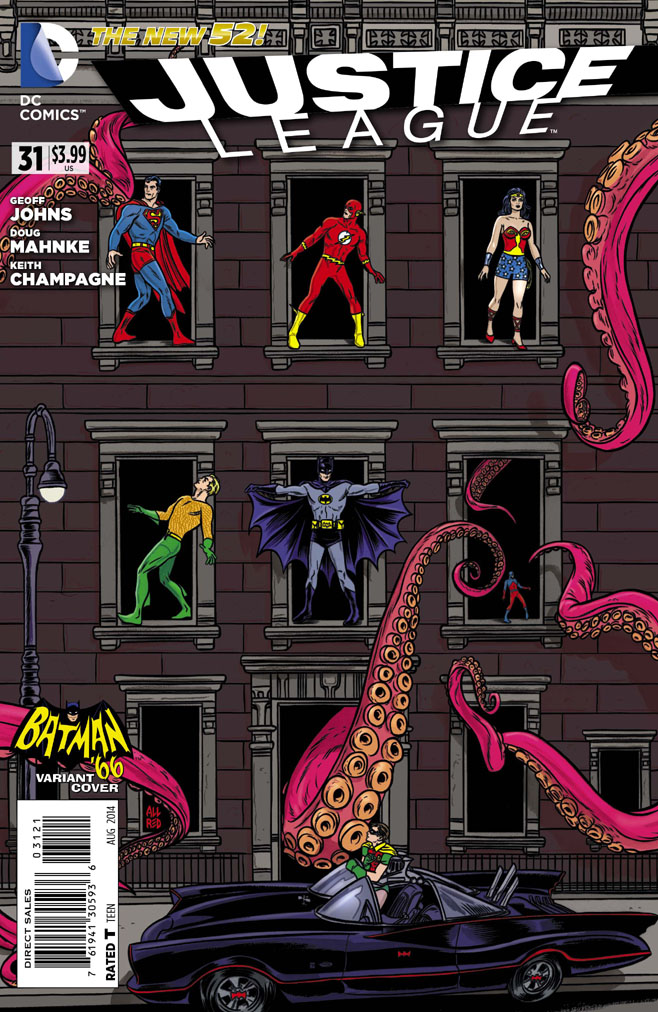 The free preview for the issue continued from last month’s cliff-hangers with Jessica Cruz fighting the influence of the Earth 3 Power Ring. She has been and Lex Luthor confronting Bruce Wayne in his home insisting he’s Batman. 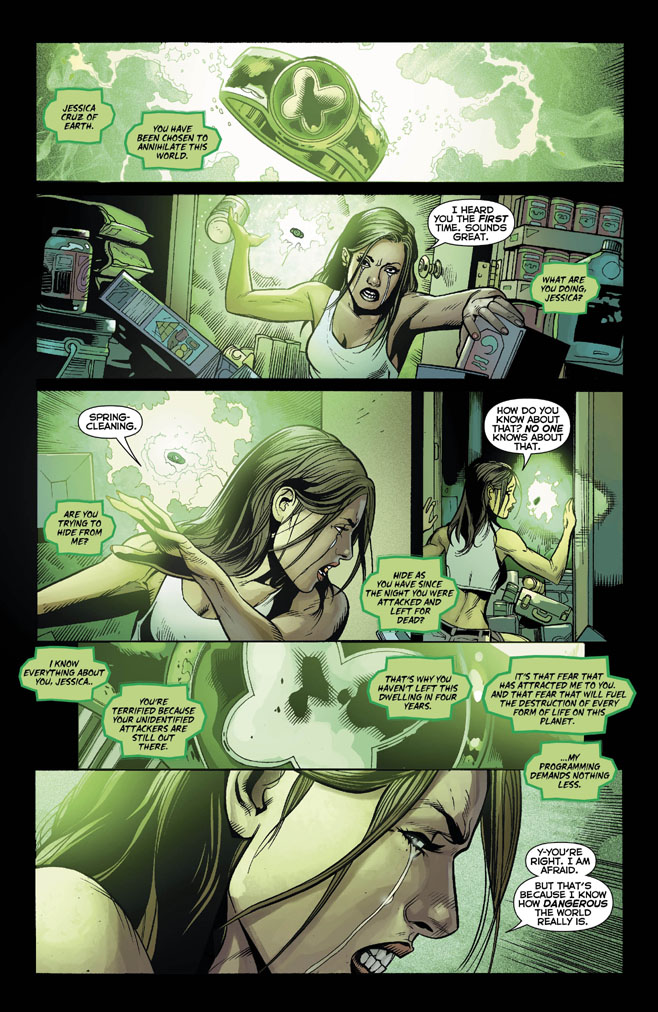 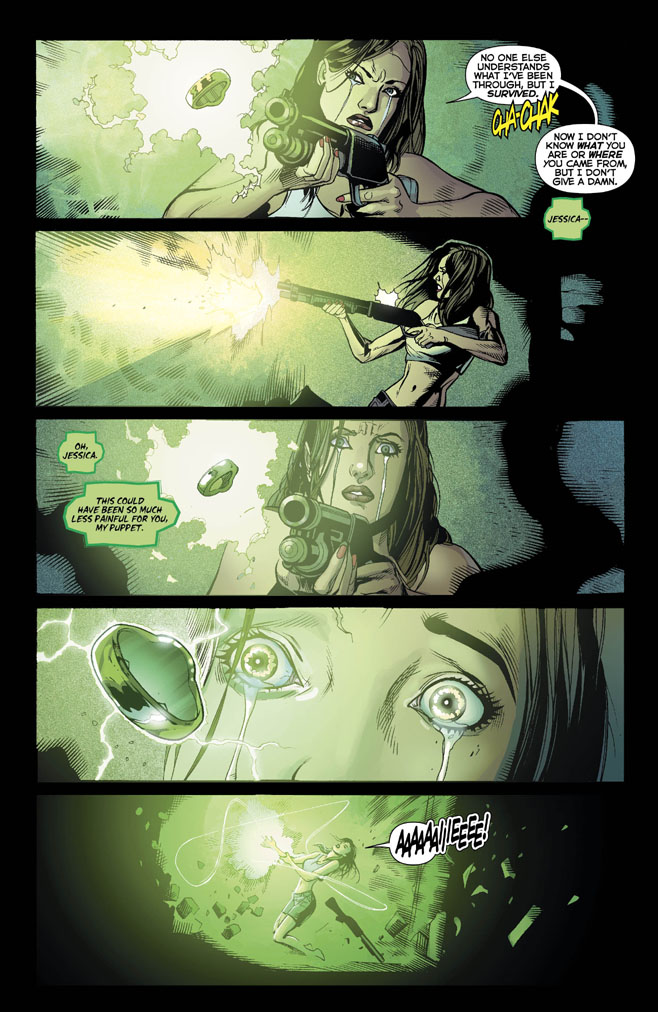 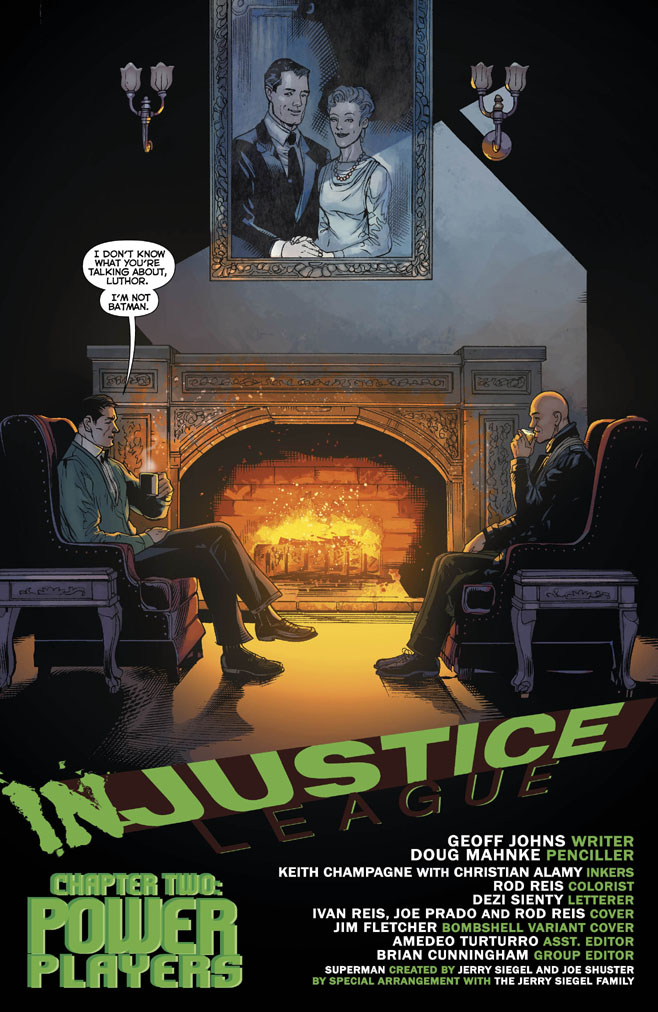 Delving into the issue, despite Bruce Wayne initially denying it, Lex Luthor does come away knowing Batman’s secret identity and learning Alfred, Bruce Wayne’s butler, is a lot more resourceful than he looks. Lex draws a gun on Bruce and Alfred actually saves him.

This subplot than dovetails nicely with the Power Ring subplot. Smooth transition in fact.

Earth 3’s Power Ring finds its next host since the previous holder died at the hands of Sinestro during Forever Evil. Jessica Cruz is having a bit of trouble adjusting. 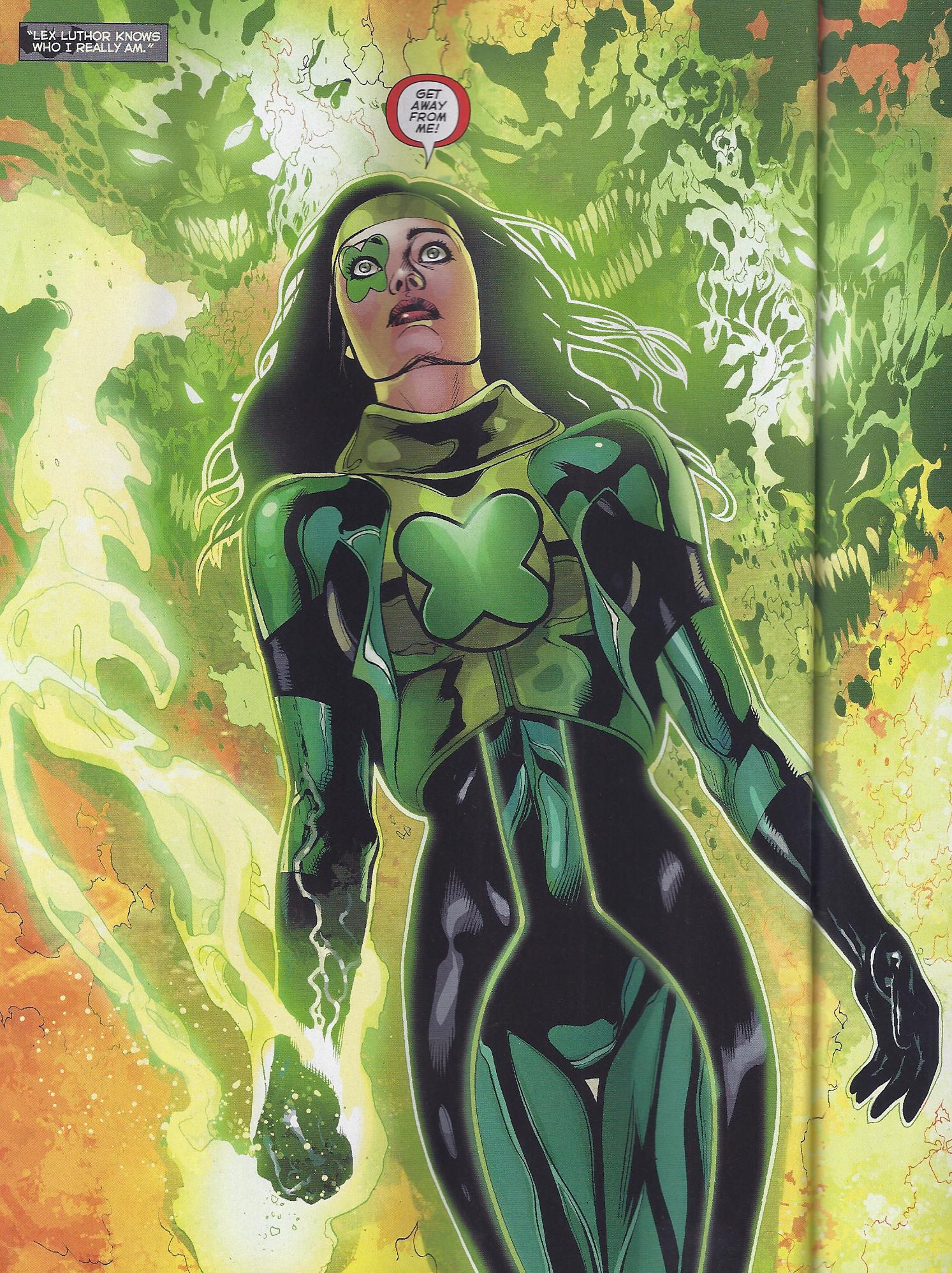 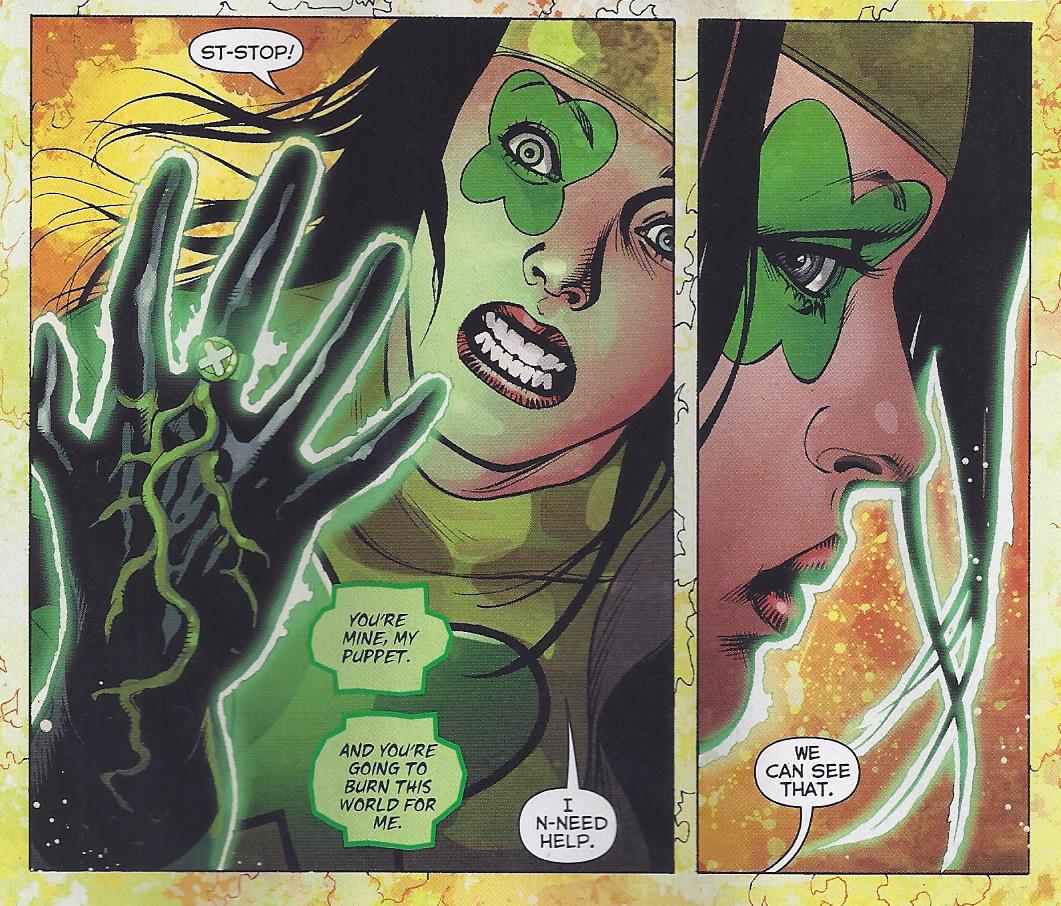 And we finally have another subplot realized as a major team from Forever Evil has its newest incarnation unveiled… The Doom Patrol with Element Woman was the team’s wild card. 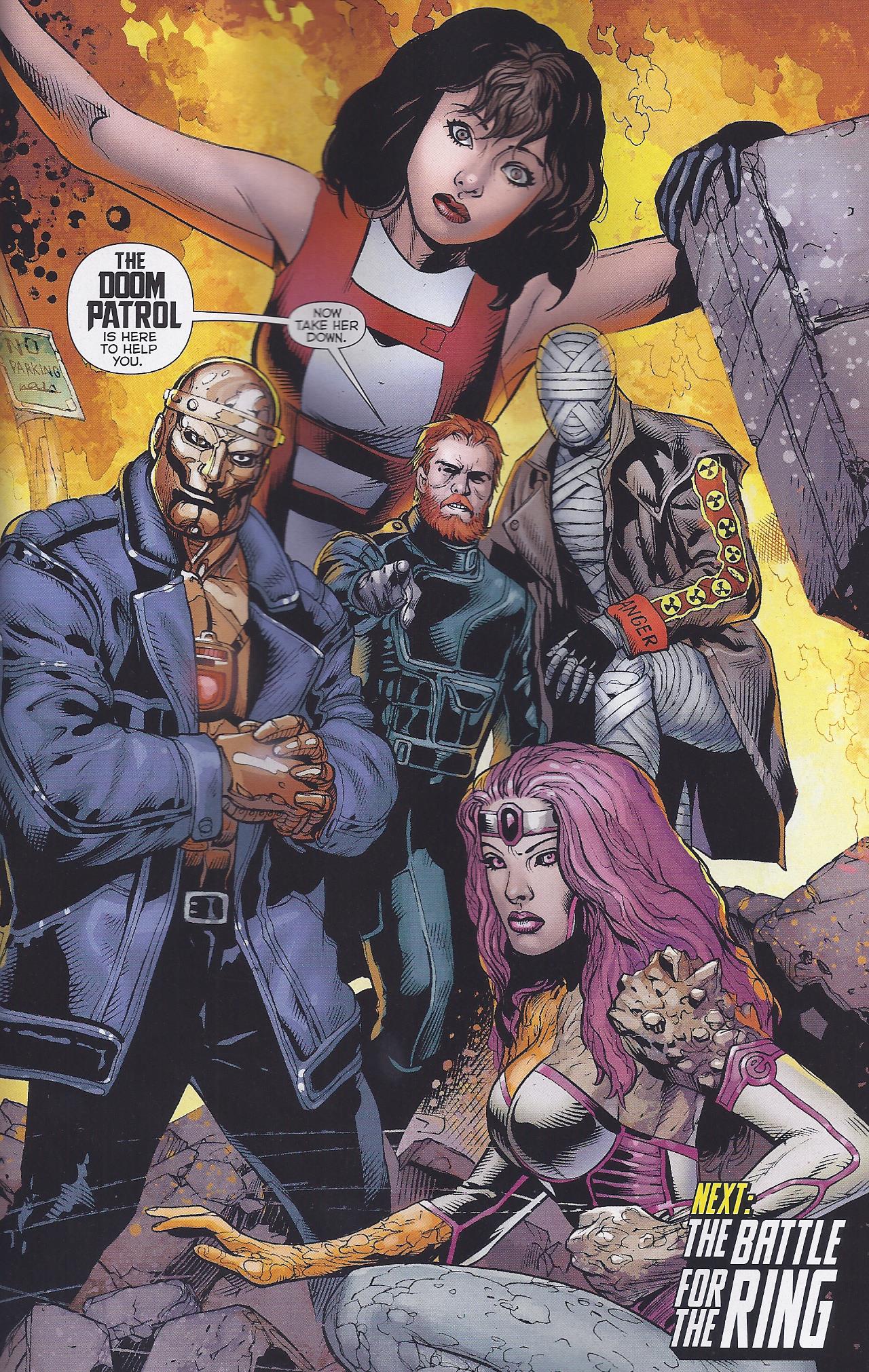 I am so pleased to see this new Doom Patrol finally debut. I’m even more looking forward to next issue with more Doom Patrol!