Forever Evil #7 FINALLY hits stands today. It clocks in at 48 pages compared to last issue’s 32 pages and is one dollar more at $4.99. Does it satisfy or disappoint? 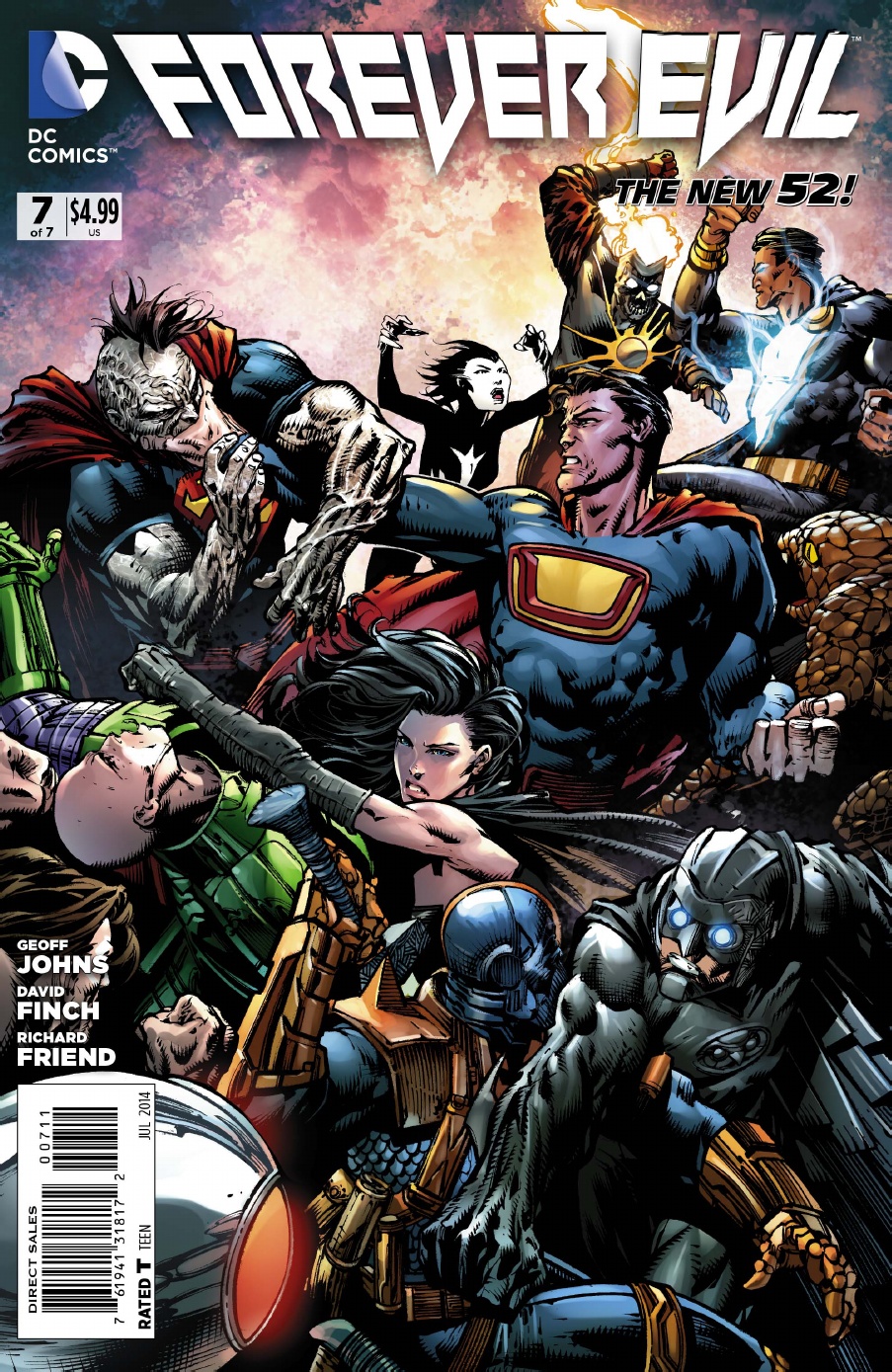 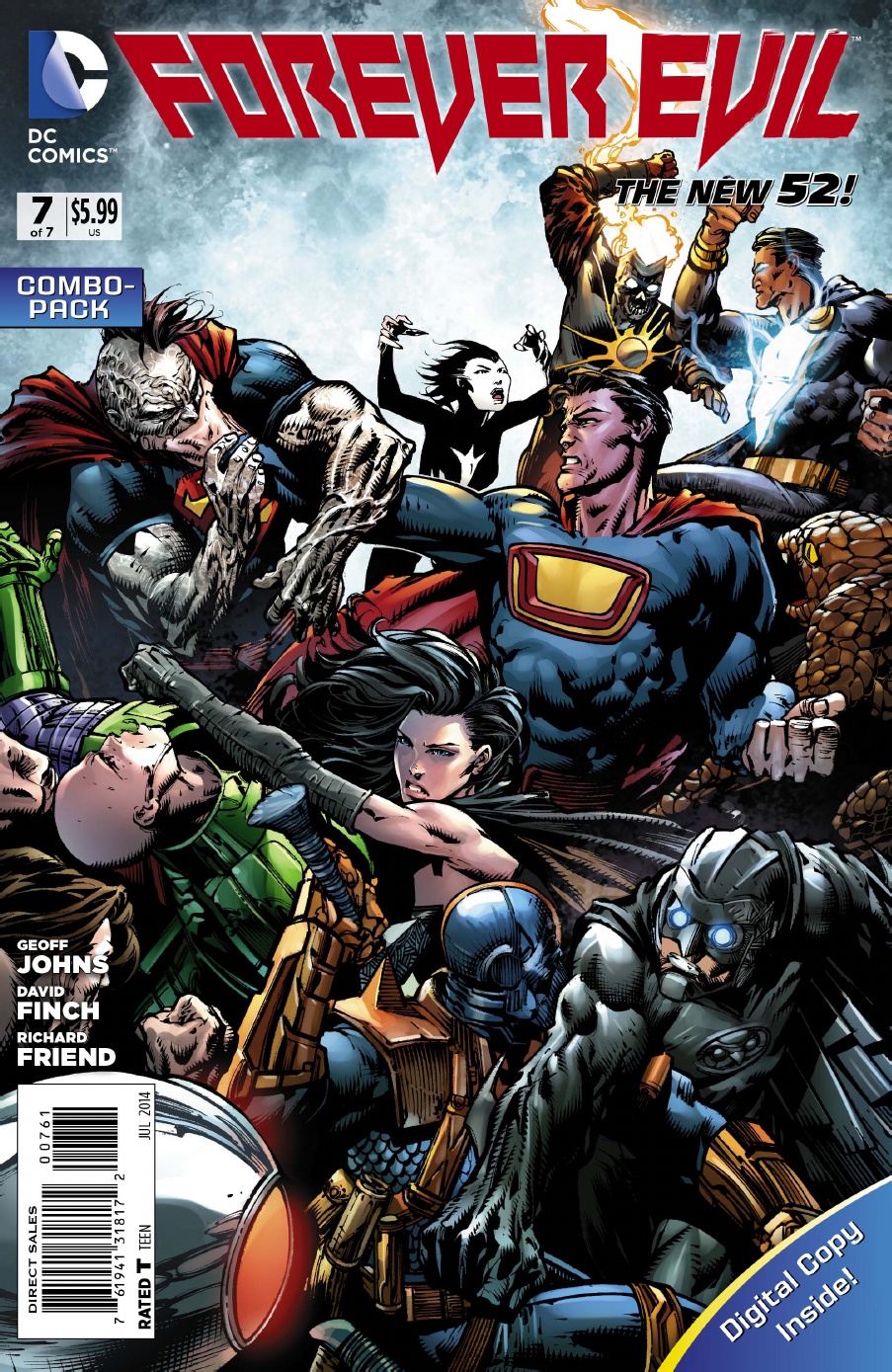 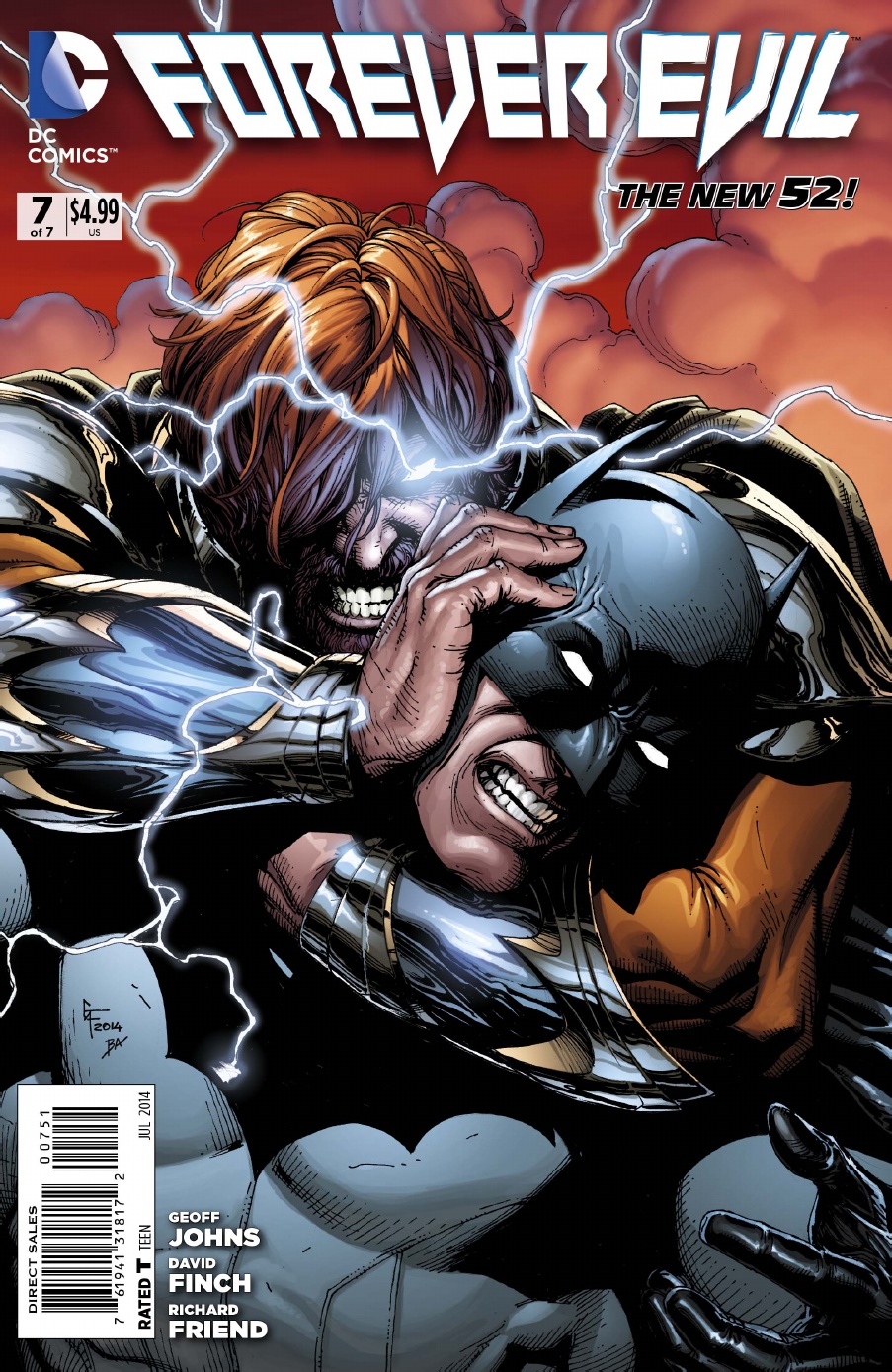 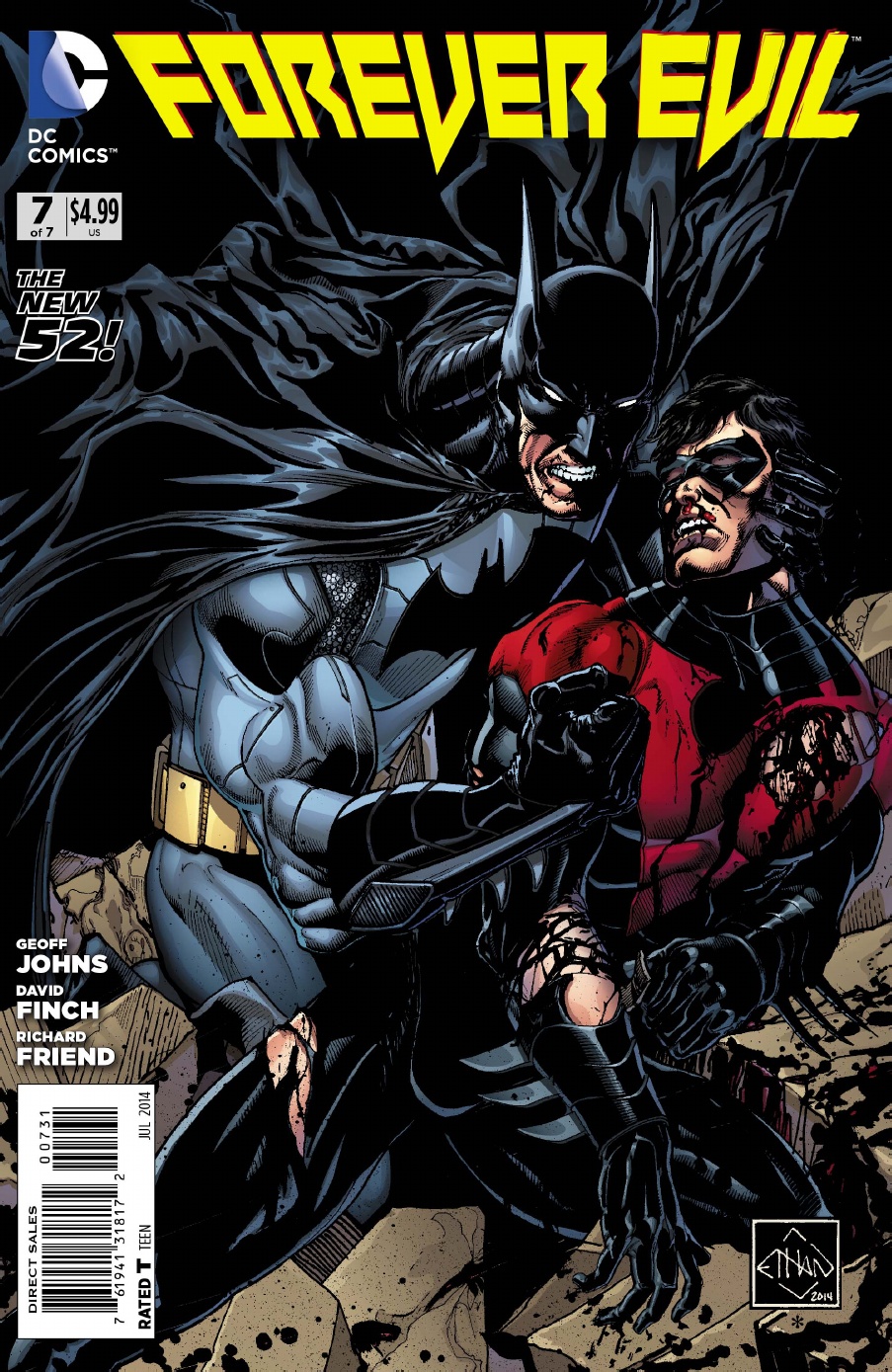 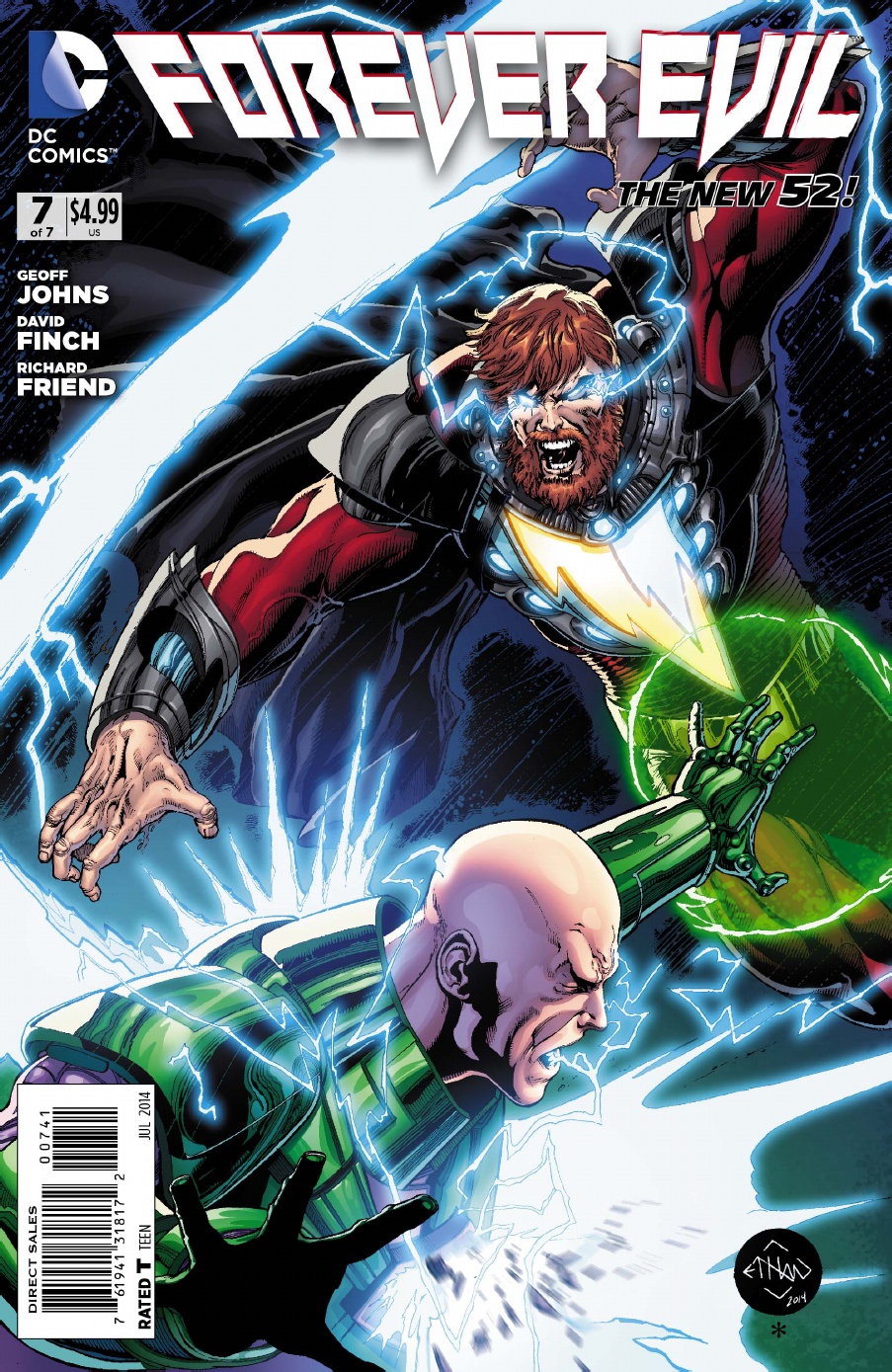 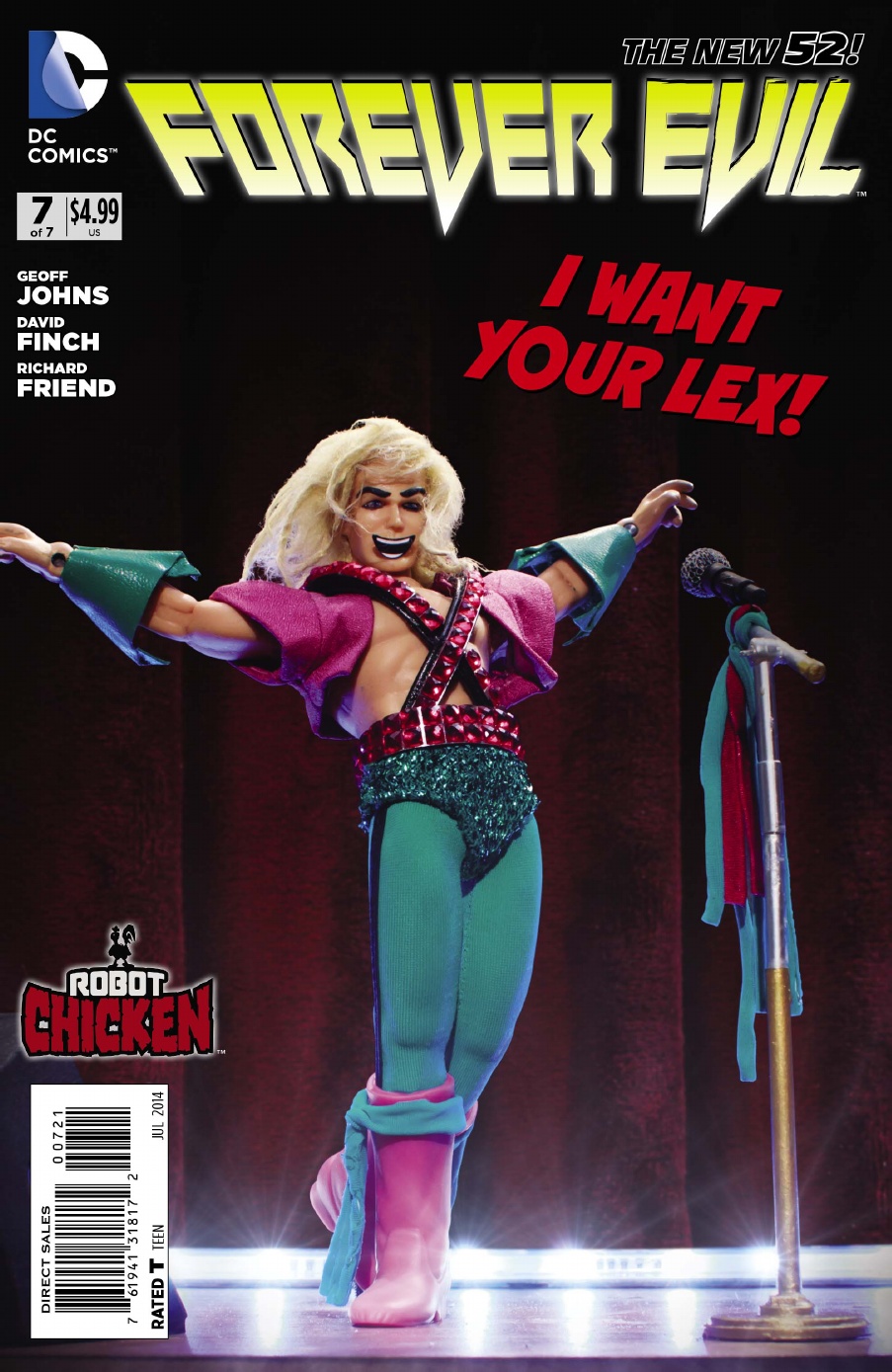 Here are the Top 5 developments / moments from the Forever Evil finale.

Alexander Luthor and Superwoman are partners in crime and of the heart! 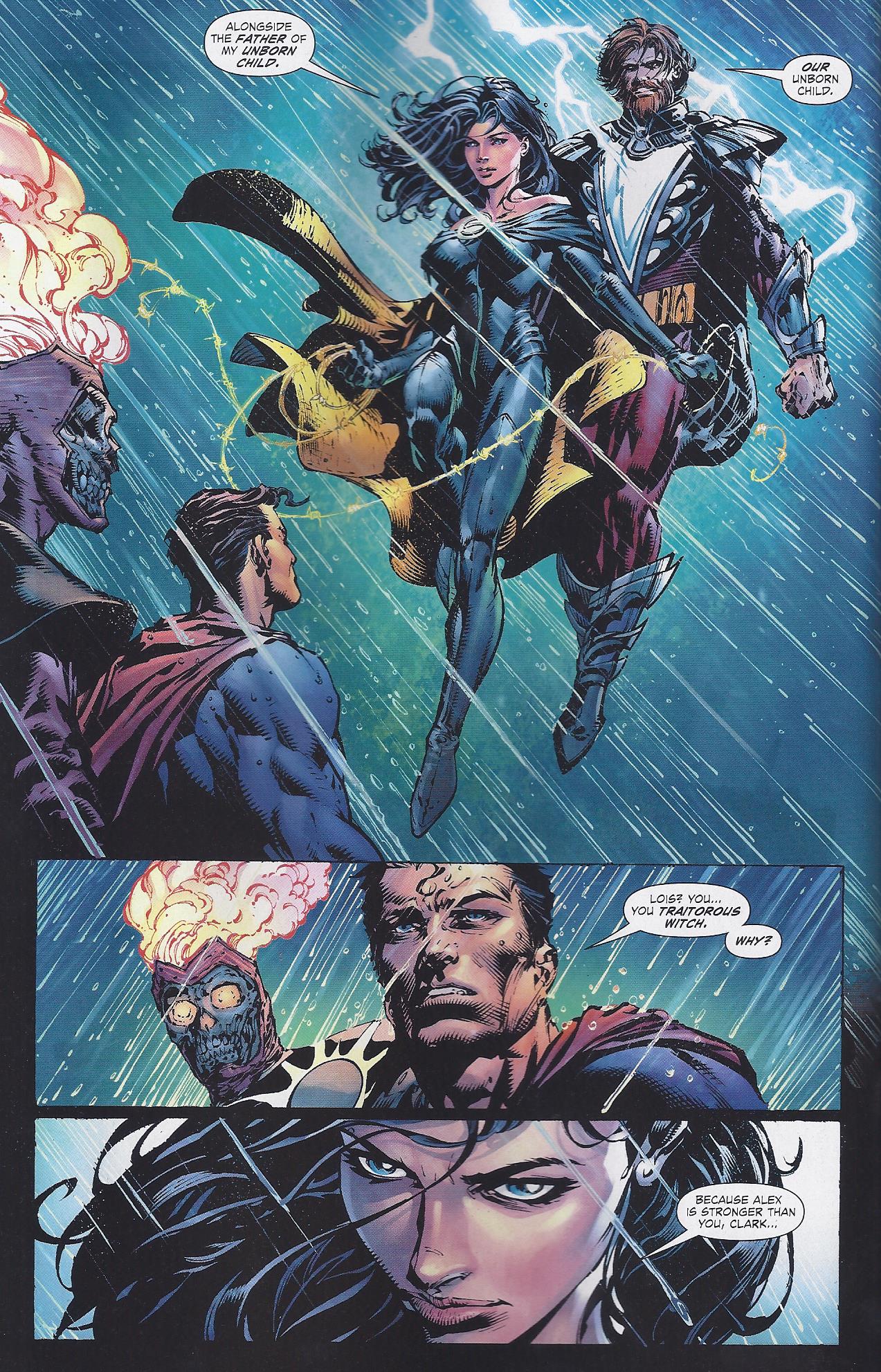 (4)(a) Fate of the Crime Syndicate

And, “our” Lex Luthor kills Atomica (he also vanquishes Ultraman as the sun is un-eclipsed by Black Adam and Sinestro). 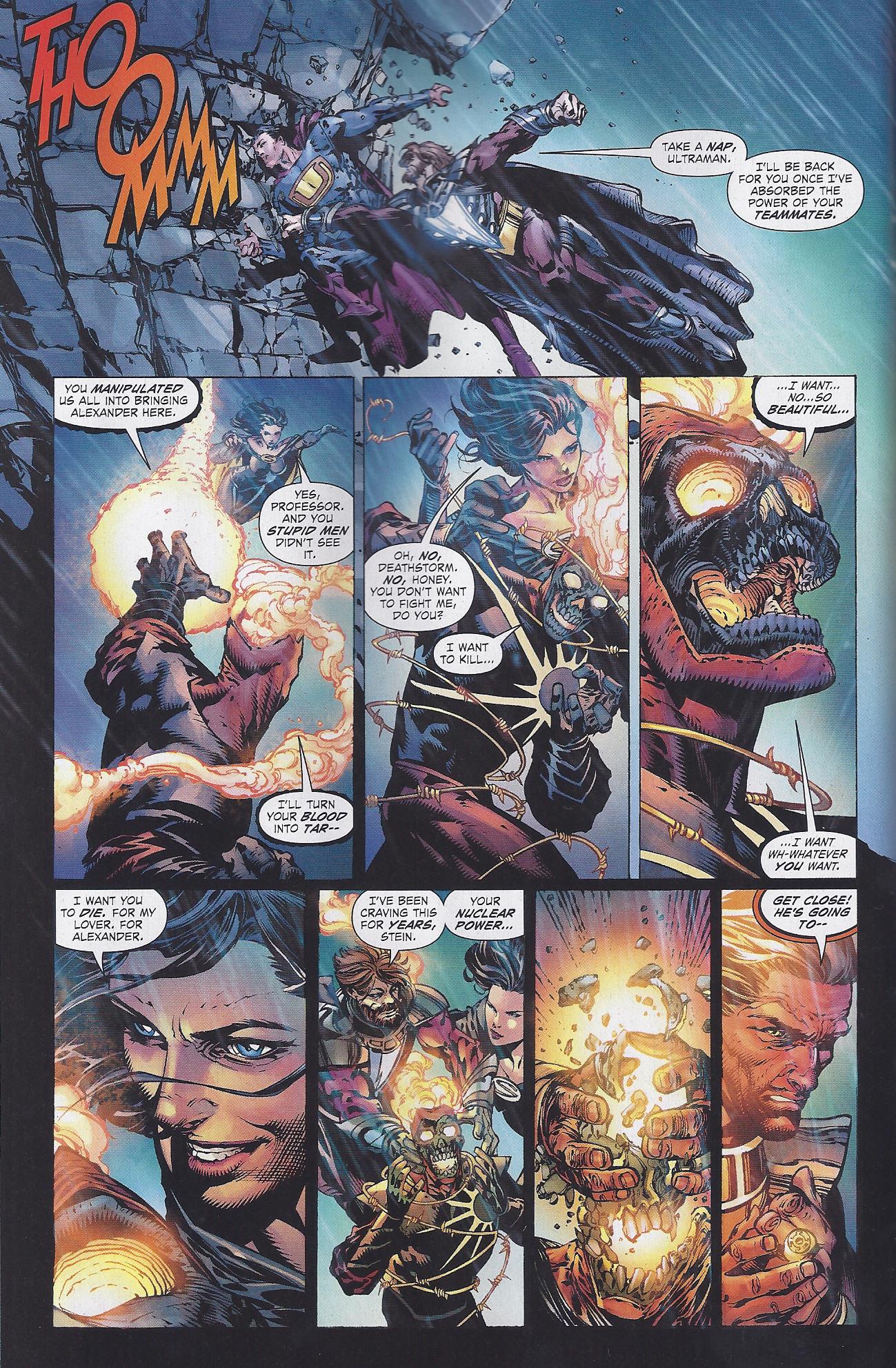 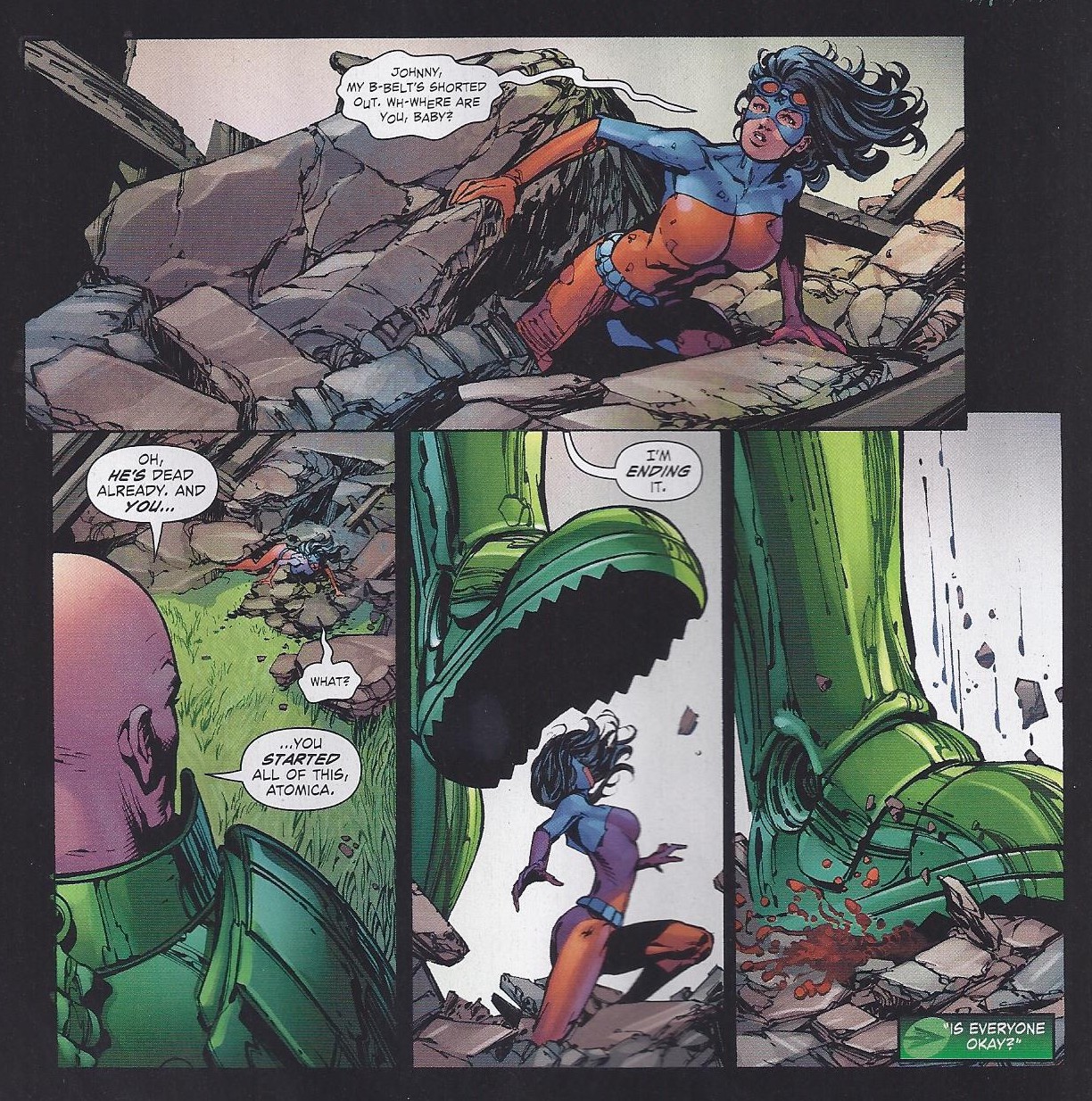 Looks like Lex Luthor can defeat a super-powered enemy! He vanquishes MAZAHS! Wow. 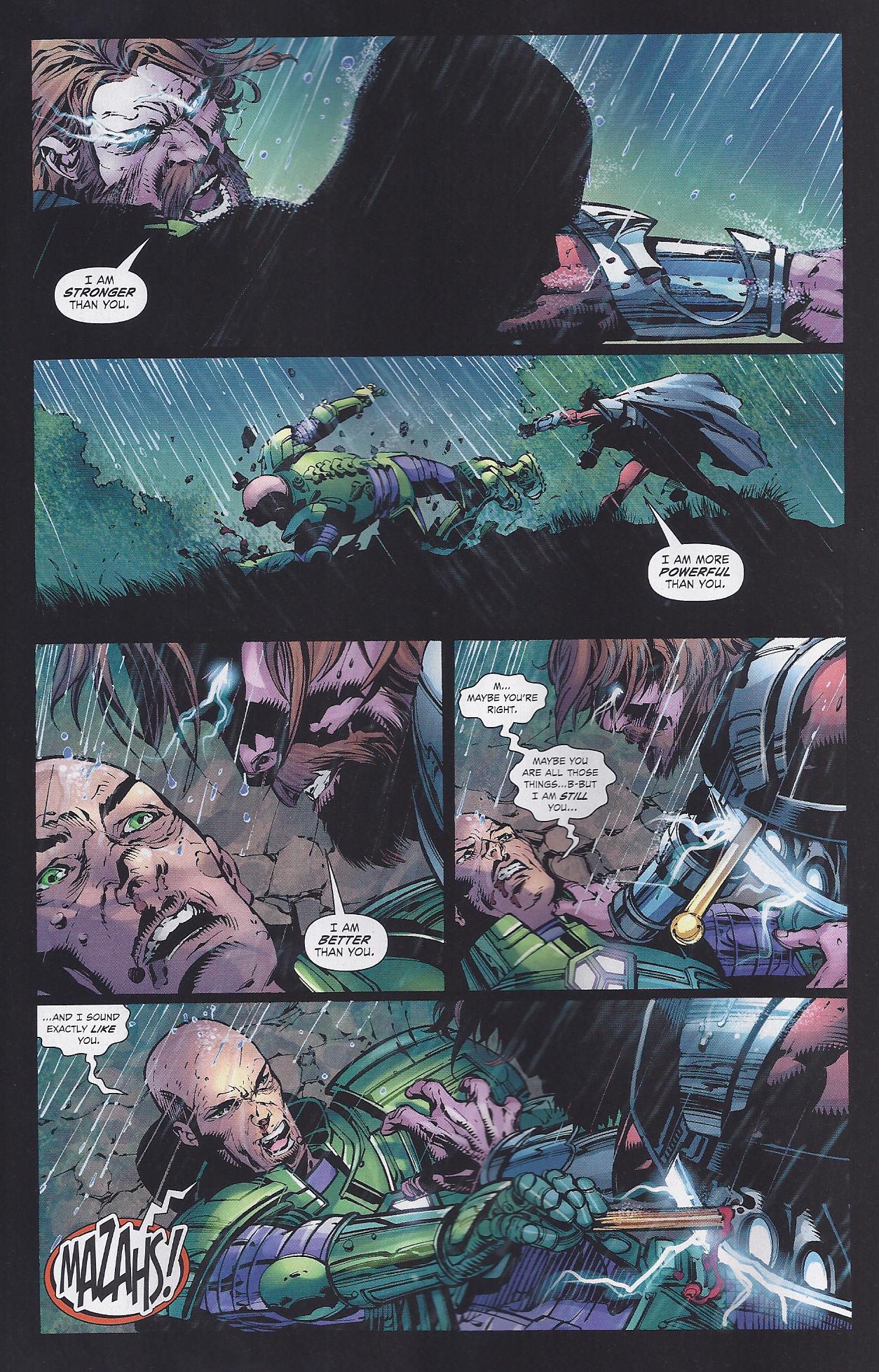 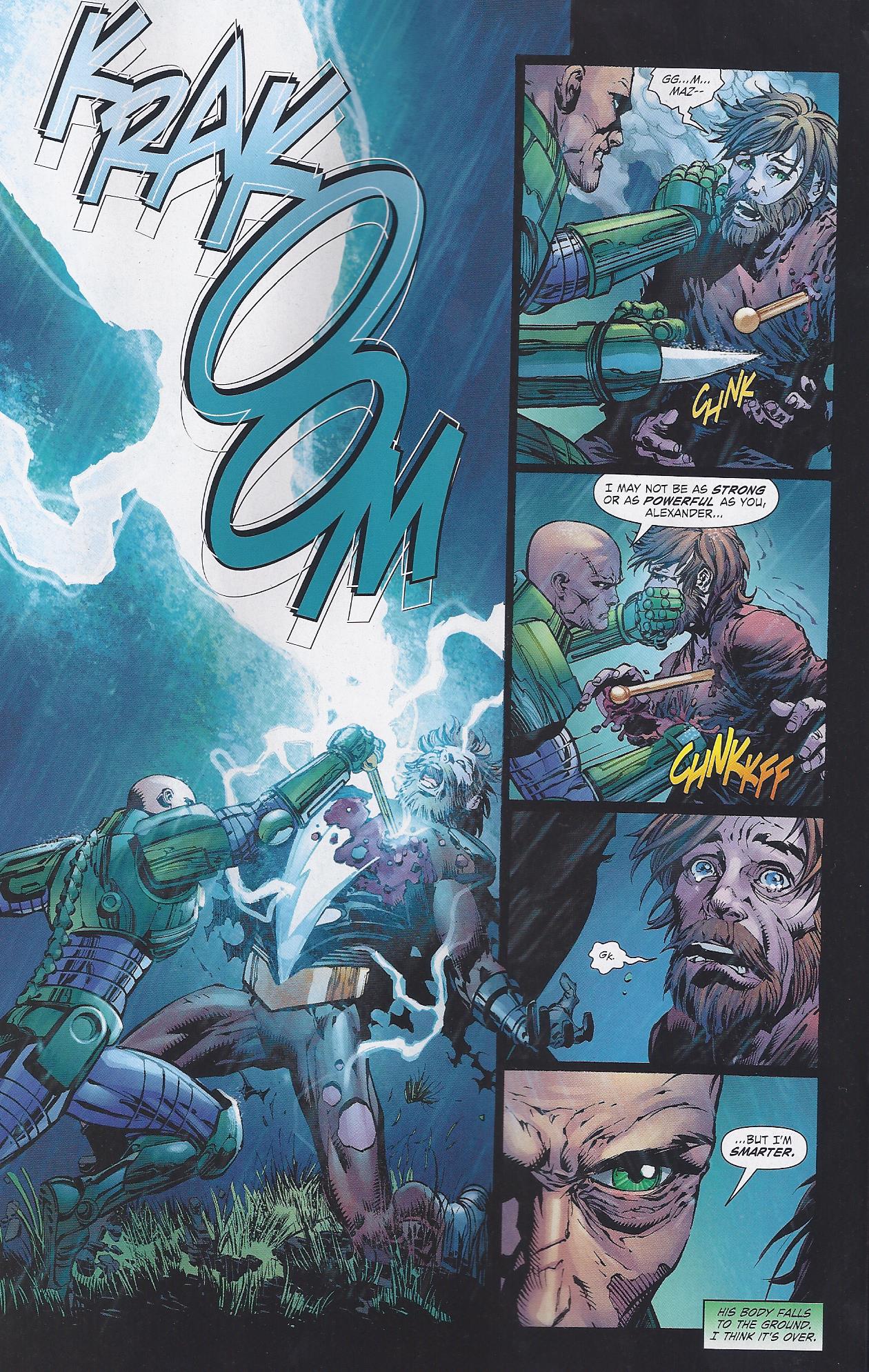 The issue end with the Crime Syndicate’s trinity as the only entities left standing from the evil Justice League from Earth 3! However, Owlman is MIA on Prime Earth!

However, the preview for Forever Evil #7 revealed whether Dick Grayson really died at the end of last issue.

WOW. DC gave THIS away for FREE in their PREVIEW. OMG. 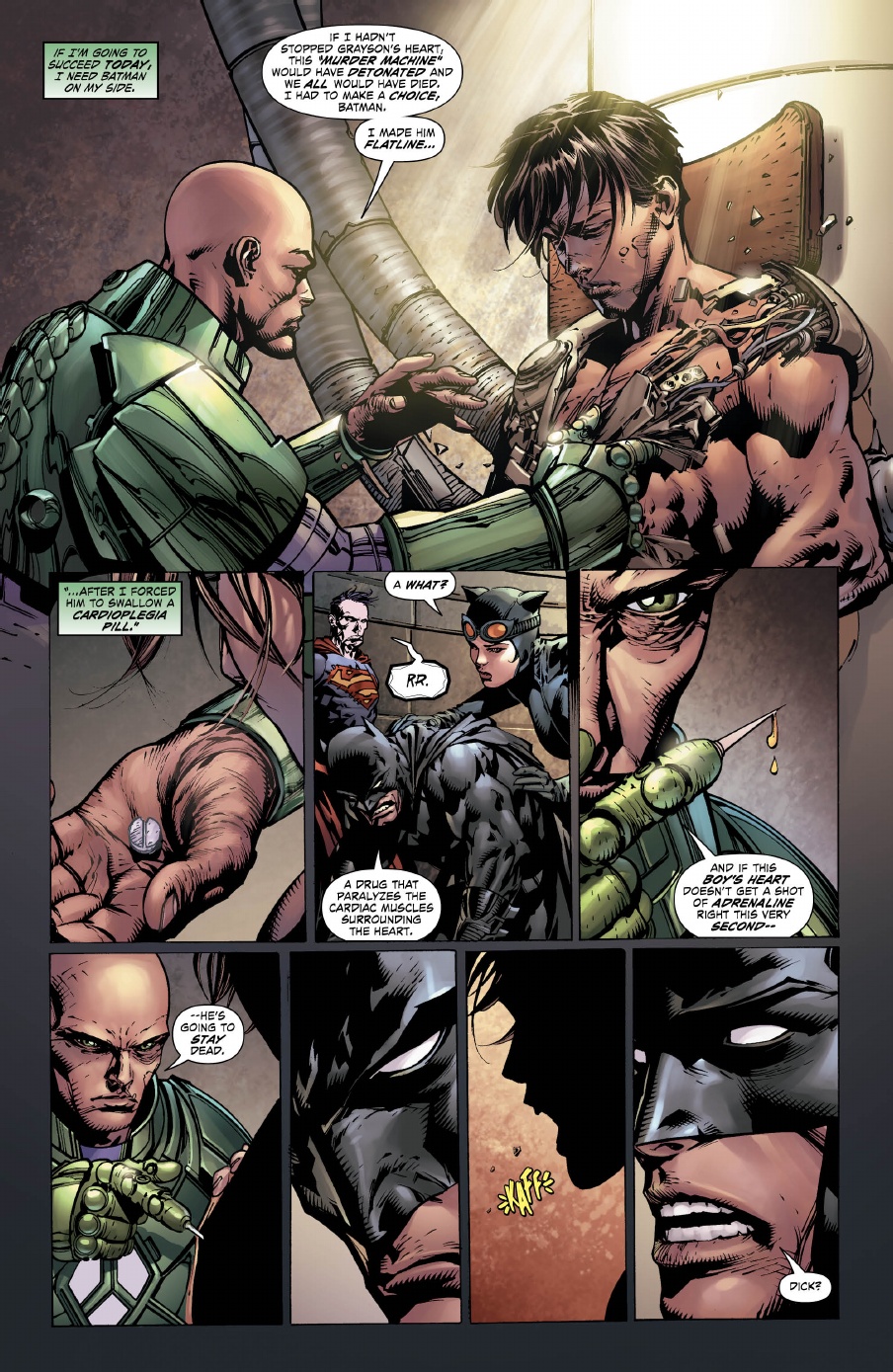 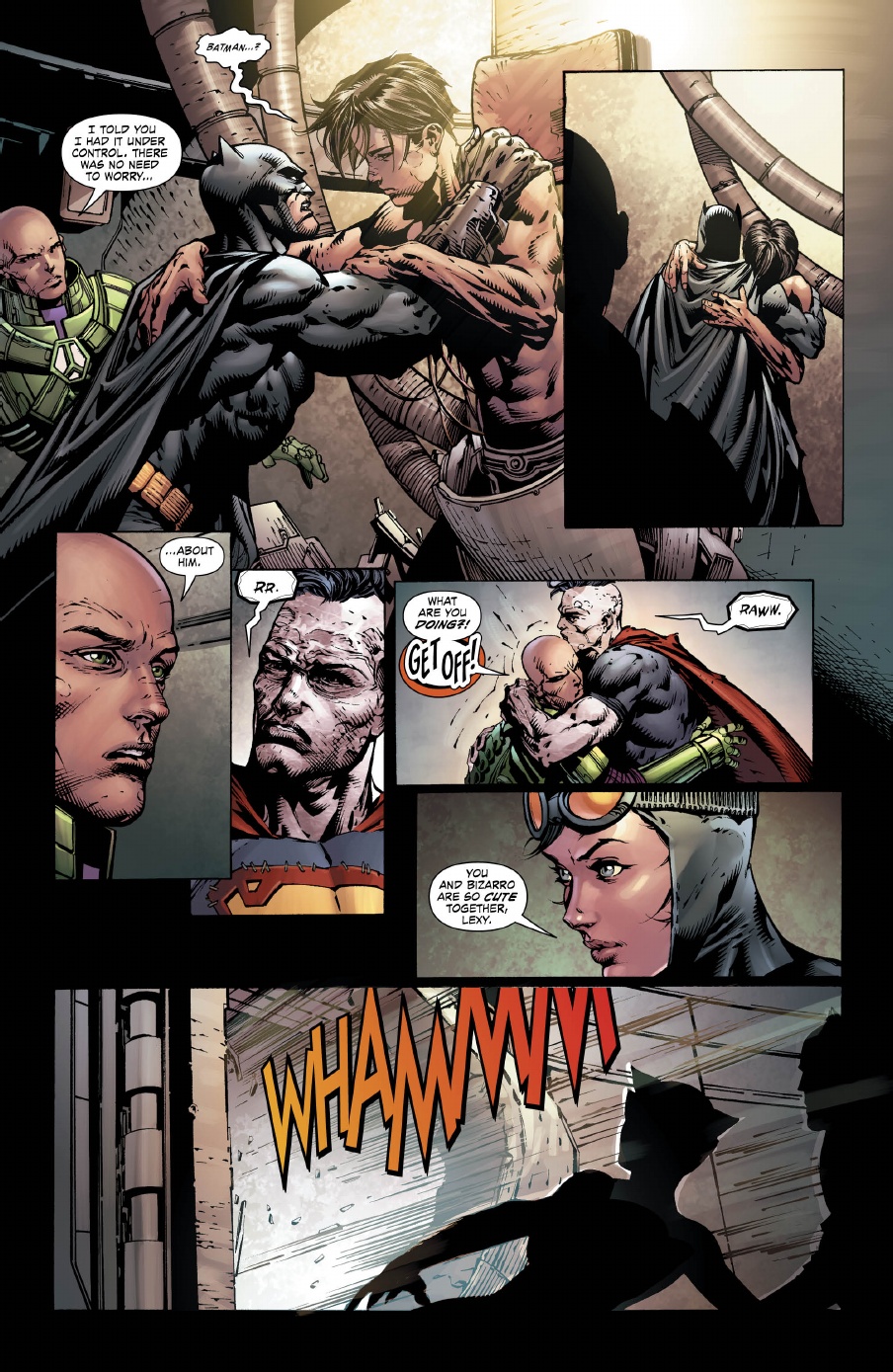 The actual issue also shows why Owlman was so interested in Nightwing. 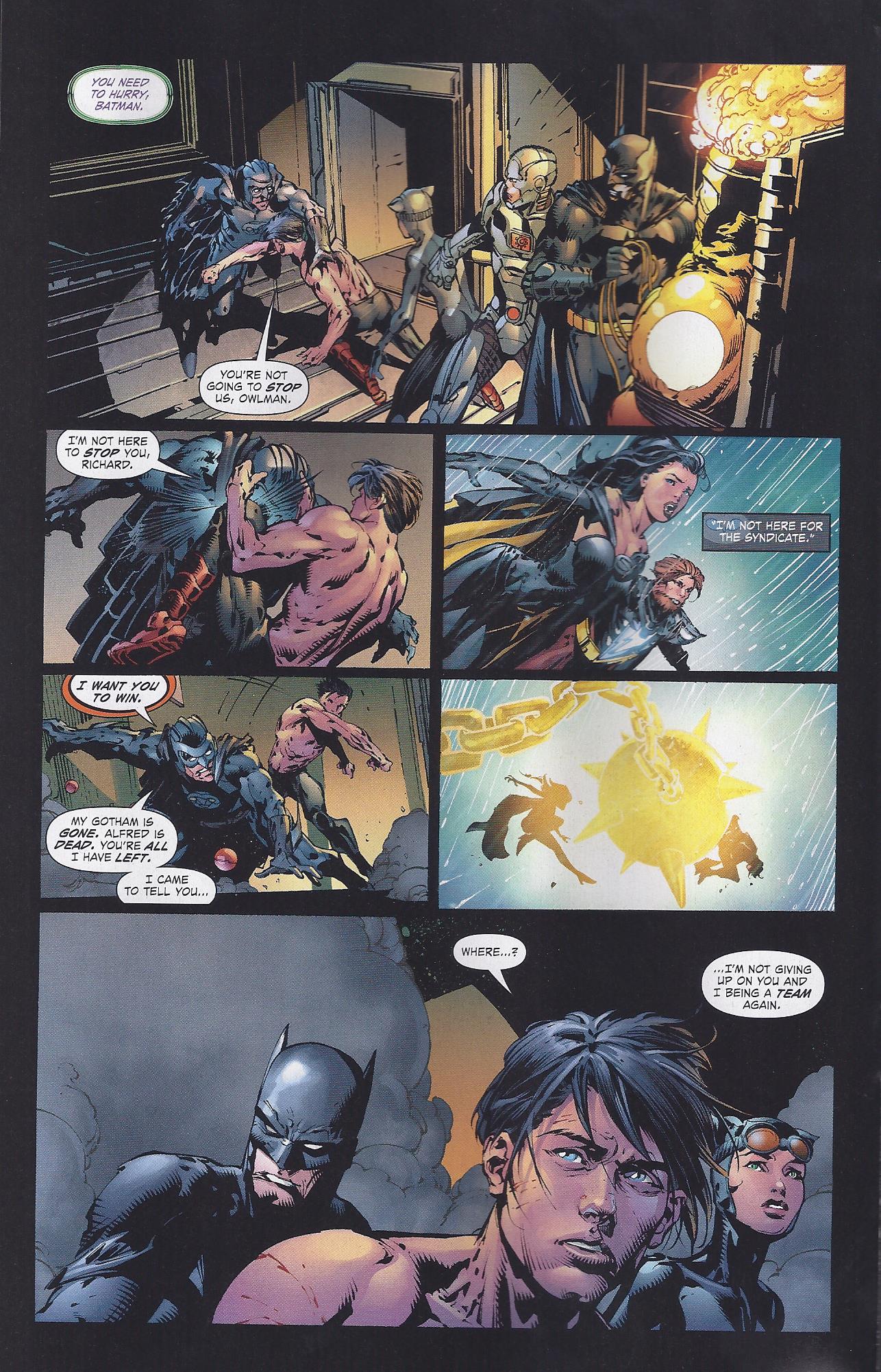 While Lex Luthor is picking apart the Crime Syndicate as noted in #(4)(b) above, Batman is able to free the Justice League from the Firestorm Matrix using Wonder Woman’s lasso to connect with her. As a result, the Justice League are back!

We also recently learned that Grant Morrison’s Multiversity and all three of DC Comics’ New 52 weekly series (The New 52 Futures End, Earth 2 World’s End and Batman Eternal) end at the same time next Spring. Plus that is also the 30th anniversary of the Crisis on Infinite Earths. So, it stands to reason that the reveal of Earth 3’s destroyer would set a new multiverse and time-bending event for Spring 2015 in motion.

So, Forever Evil #7 reveals the Earth 3 Destroyer as…. the Anti-Monitor! And he has a hate on for Darkseid! 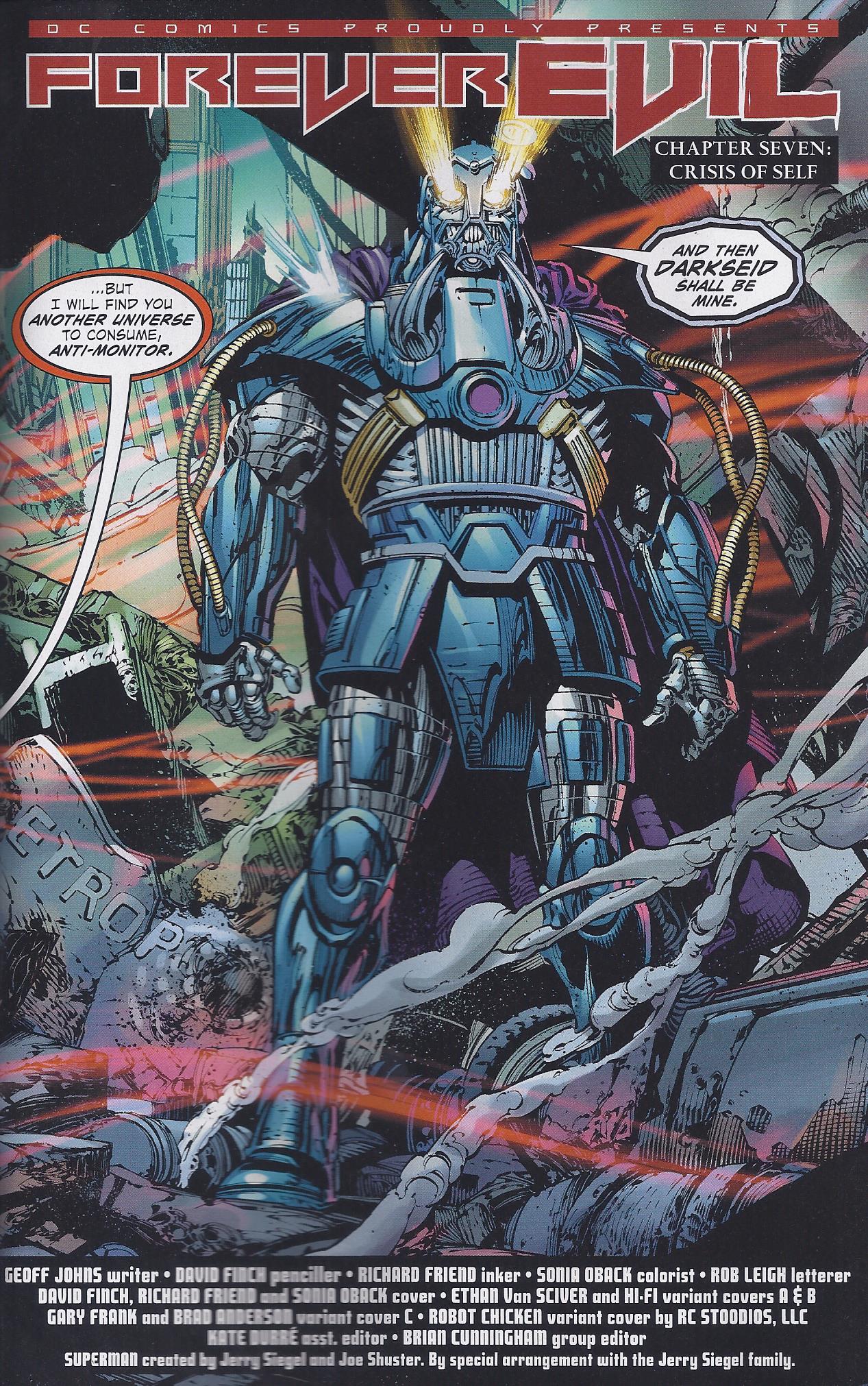 Anti-Monitor vs. Darkseid for the fate of the multiverse and time itself in a new Crisis on Infinite Earths for Spring 2015?

While we see the debut of the Ant-Monitor in the New 52, Forever Evil sets up some other interesting tensions for the DC Comics Universe and the Justice League.

On one hand in Forever Evil #7, Lex Luthor is the one who removes the Kryptonite bullet from Superman’s body saving his life.

On the other hand, Lex Luthor also discovers Batman’s secret identity! Just what will he do with that info? 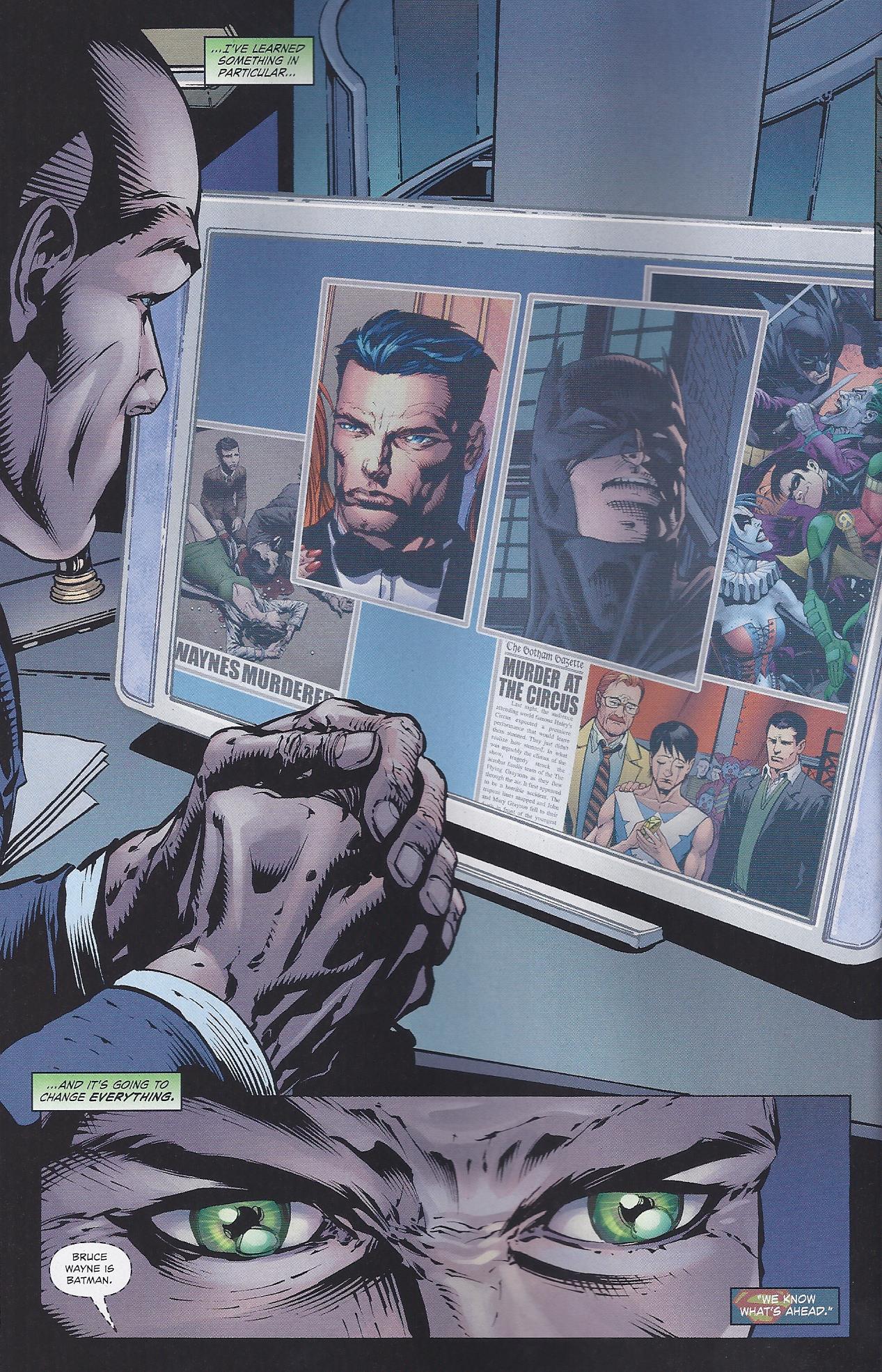 The issue also includes Lex Luthor choosing not to takeover Kord Industries; seemingly believing in the son of its former CEO, one Ted Kord. Has Lex Luthor really turned over a new super-hero leaf? 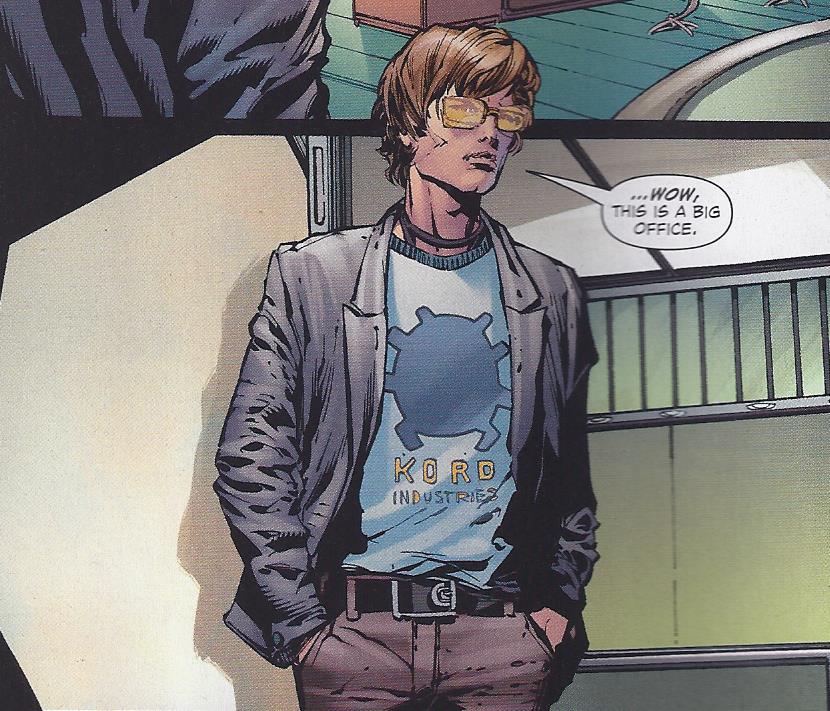 Looks like the classic Blue Beetle logo is also the logo for Kord Industries in the DC Comics New 52. Will Ted Kord become the new Blue Beetle? We do know he will play a part in the Justice League in the future.

Overall, Forever Evil #7 accomplished a lot in its delayed over-sized finale issue. The art was solid and the climaxes, resolution of mysteries and setting up of new tensions felt satisfying.