DC Comics’ Convergence #1 Spoilers: The Power Of Telos Vs. Injustice Gods Among Us Game Justice League Pantheon Via Preview

DC Comics Convergence #1 has had its covers and some pages released. The interior pages spotlight what appears to be the super-hero cast of the Injustice Gods Among Us game and related comic book. I’m only into the 3 trade paperback, so I’m assuming the Injustice inference is accurate.

What follows includes spoilers from DC Comics Convergence #1. If you want to also see what’s in store in Convergence: Speed Force #1, that also ships this week, its spoilers are here.

Regarding Convergence #1, it looks like the rubber hits the road with this issue after the underwhelming set-up by Convergence #0 (spoilers here).

Heading into Convergence #1, we’ve also finally had the New 52 Futures End and Earth 2 World’s End connection to Convergence explained, and now we also have the preview to that same issue below. 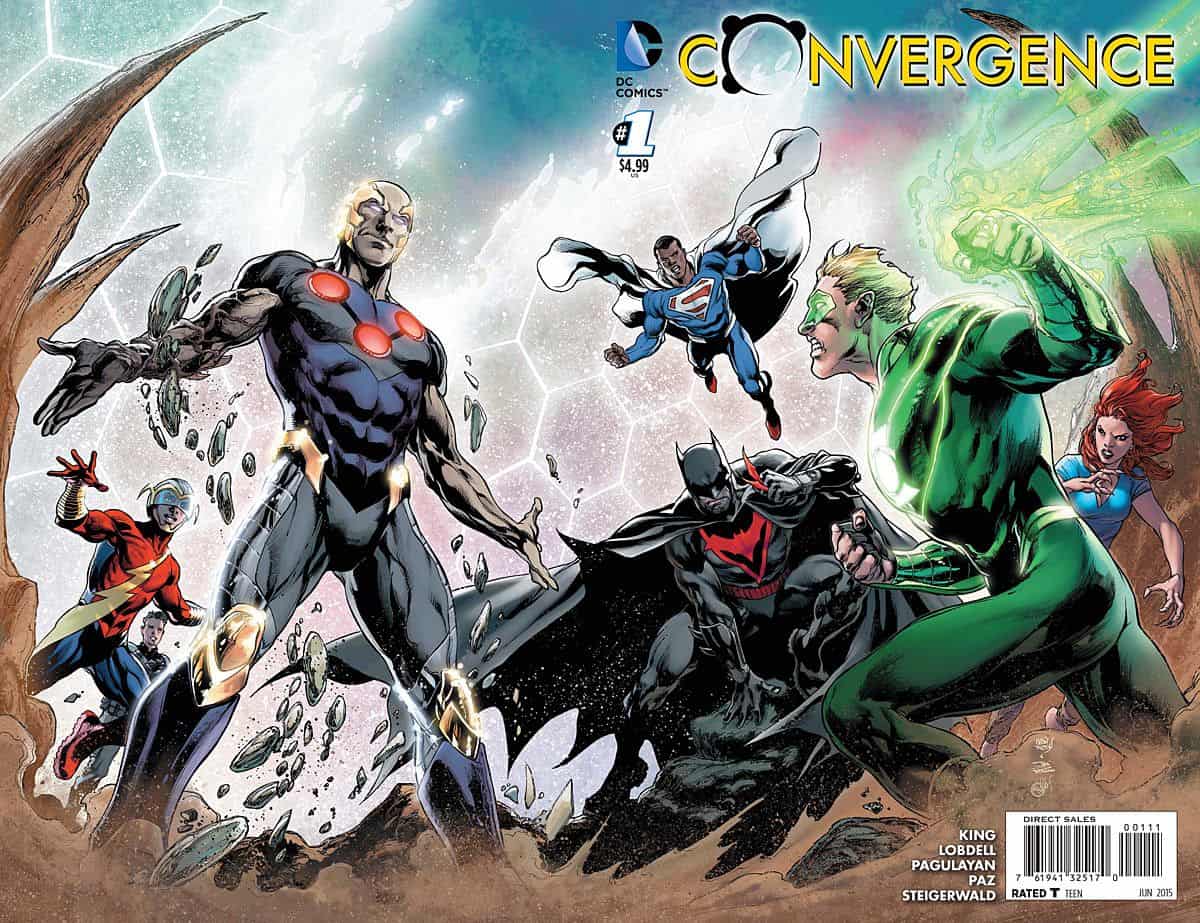 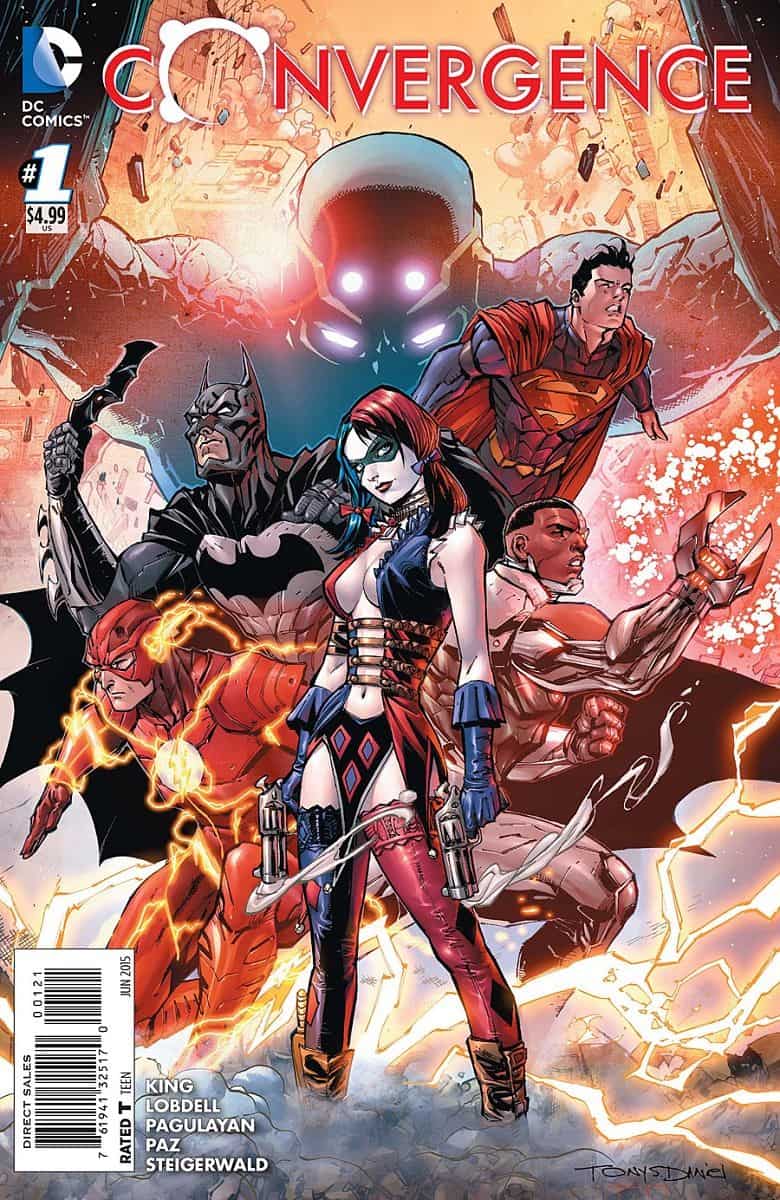 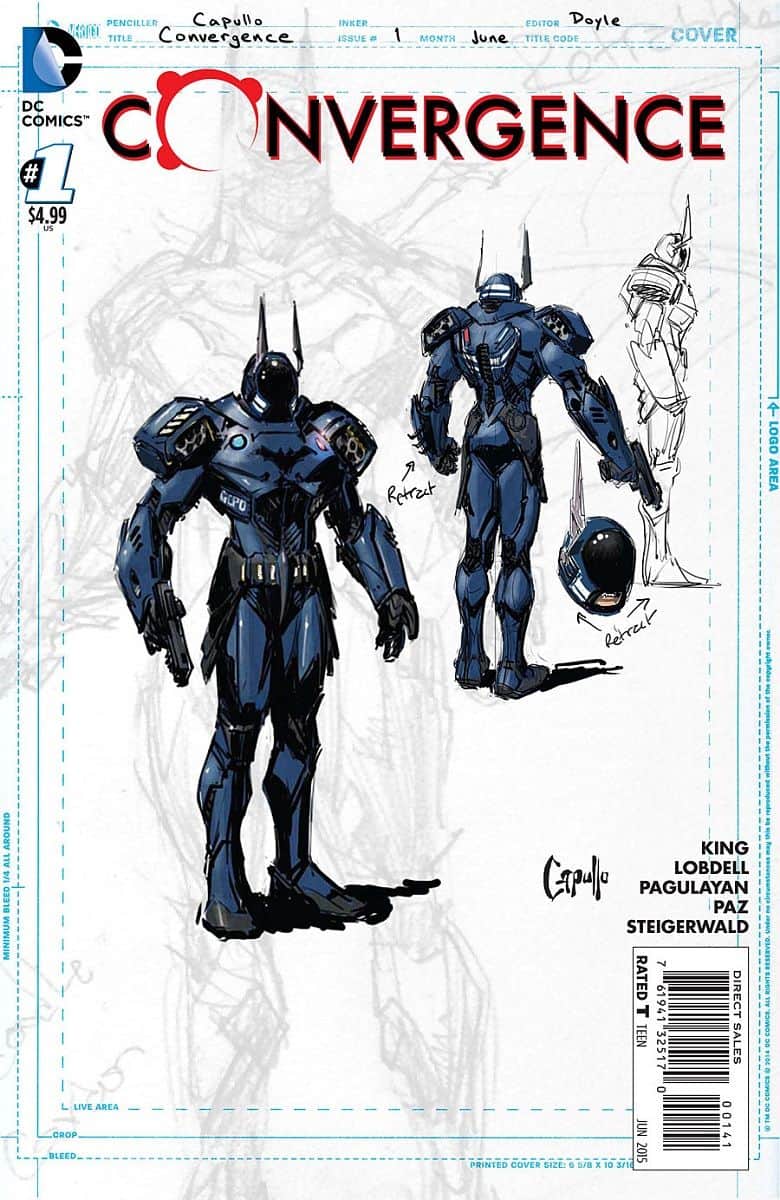 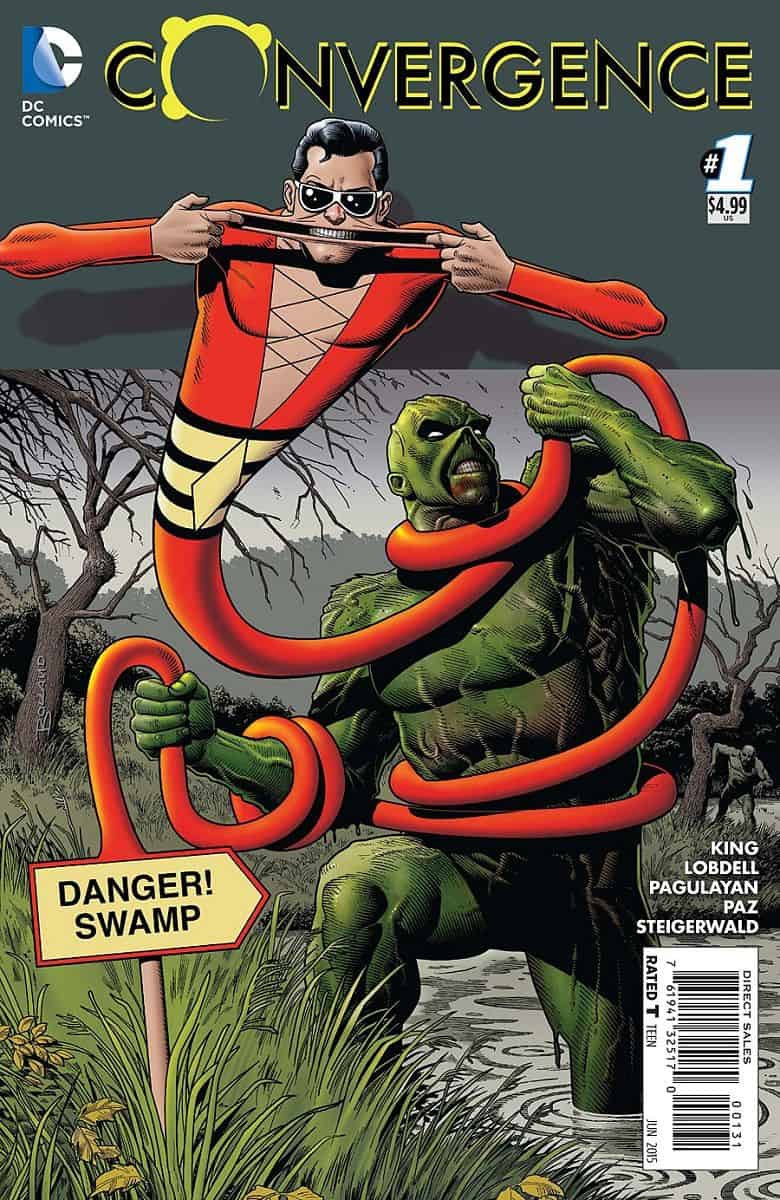 The power of Telos is on display. 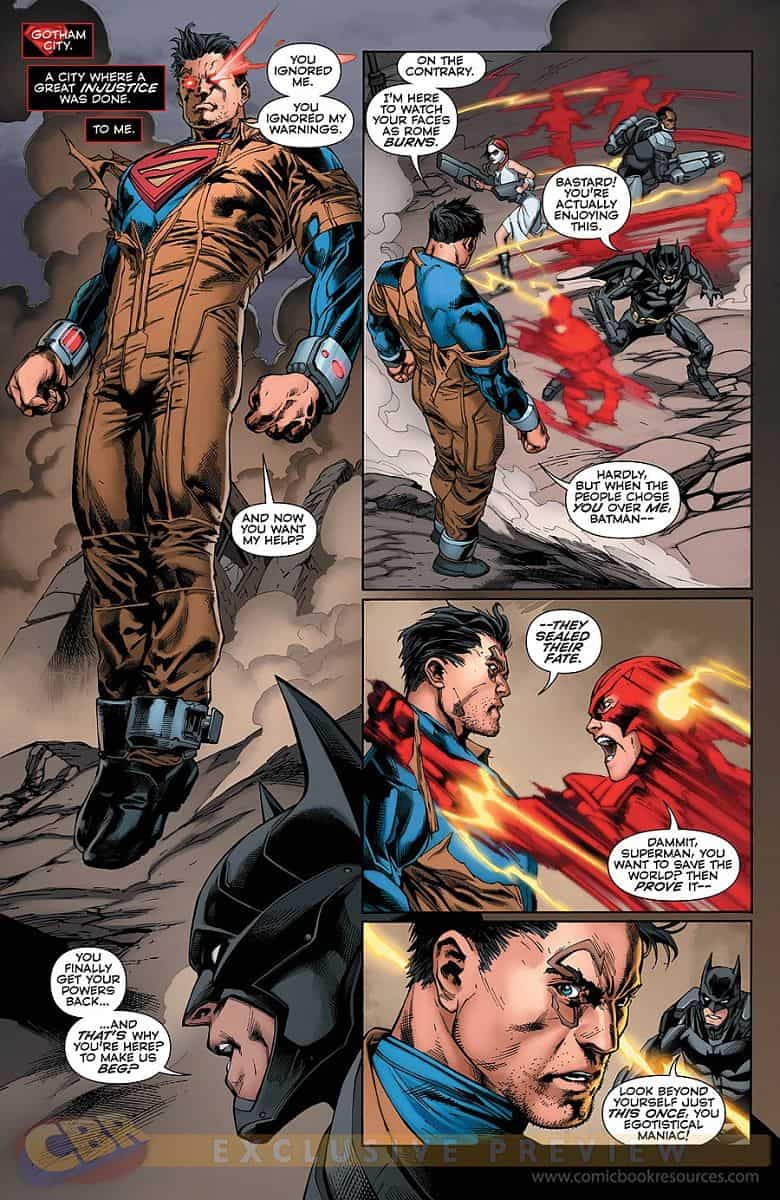 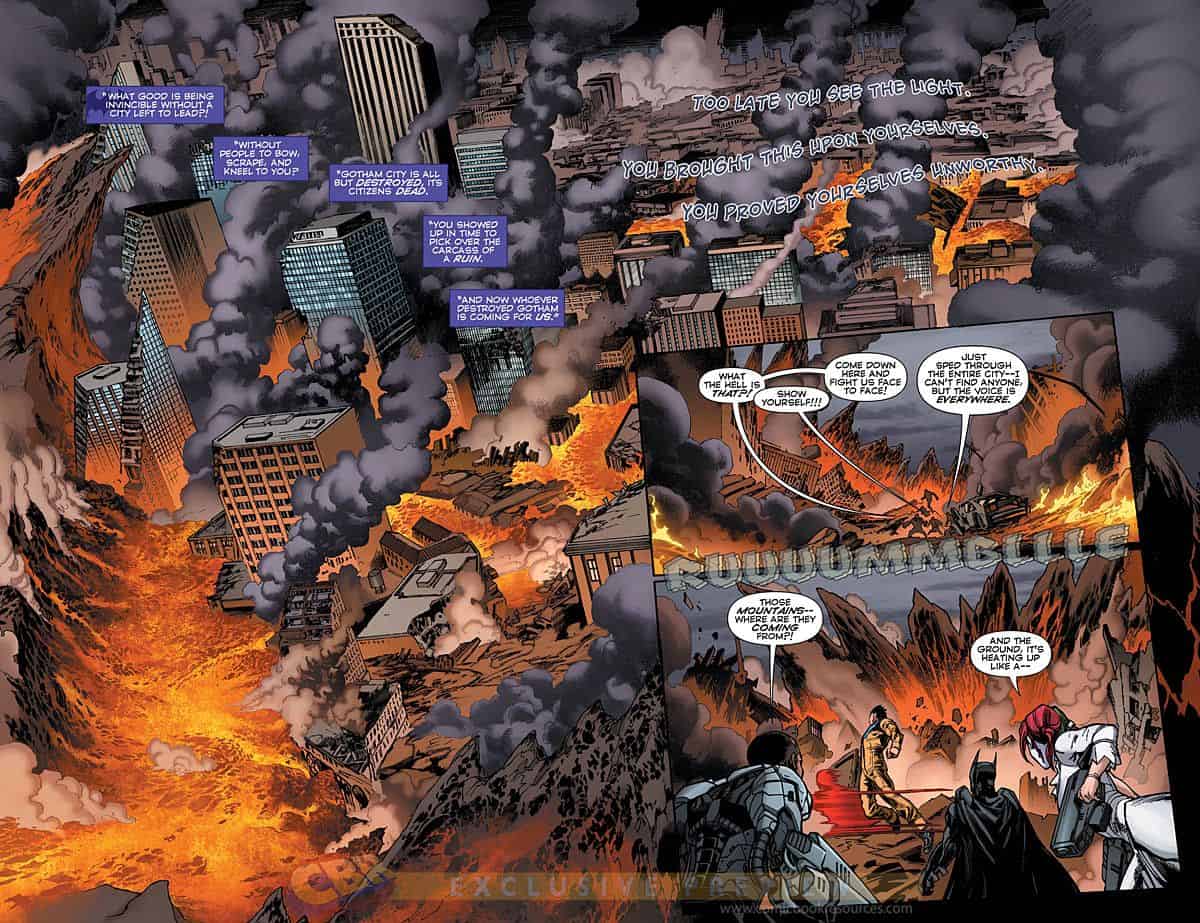 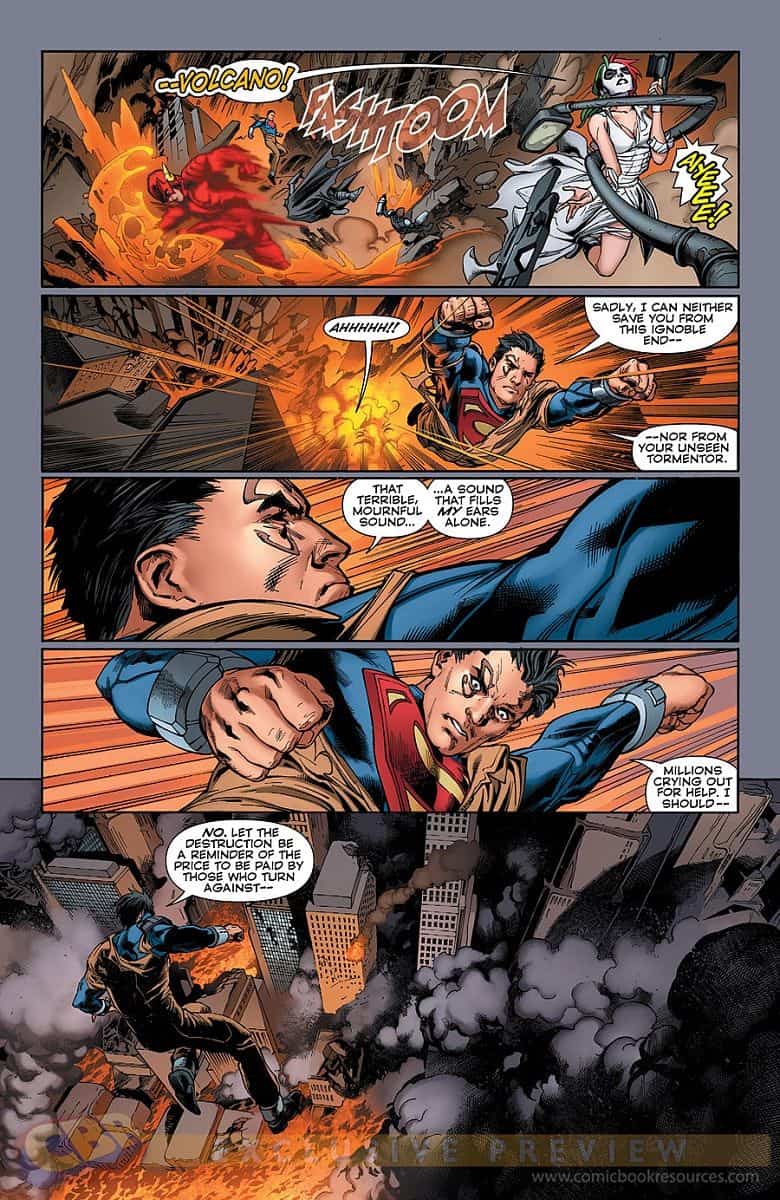 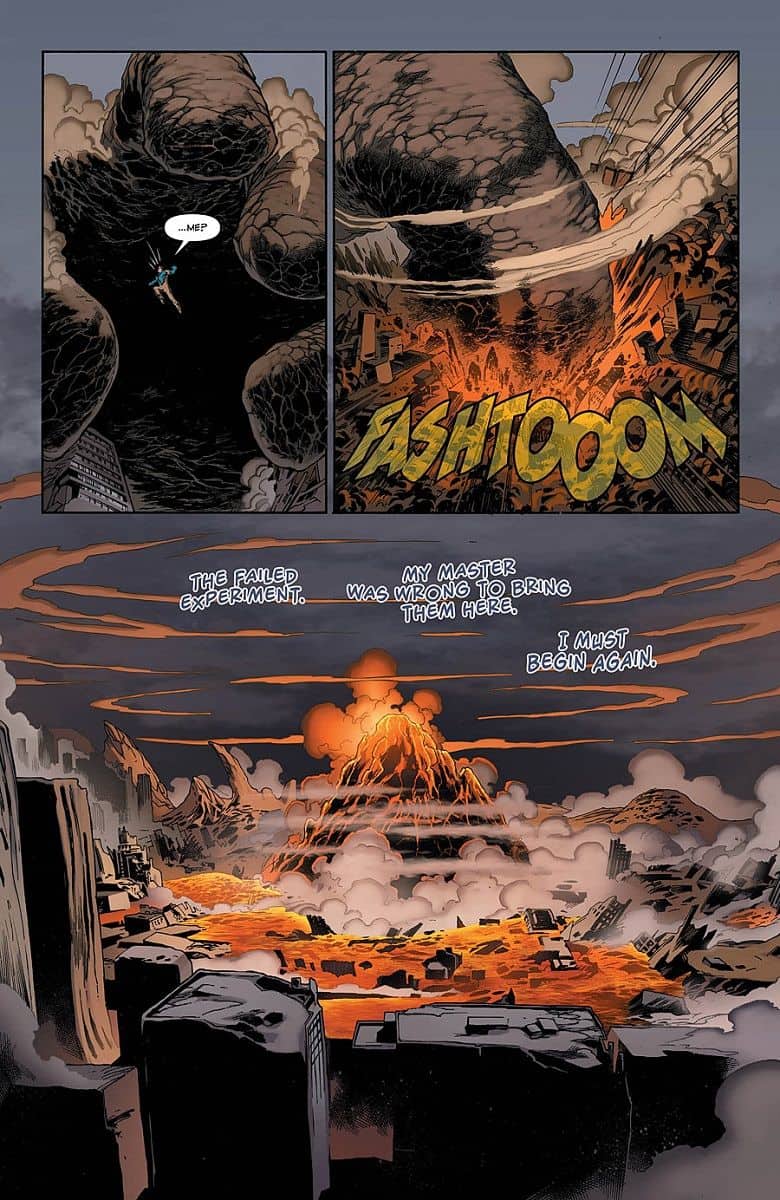