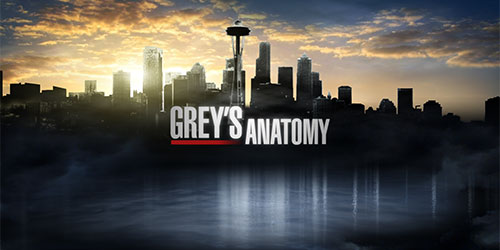 In the last 5 years, TV shows seem to have shorter leashes on the air than ever before. Where TV shows used to get at least 3 to 5 seasons to develop stories and grow an audience, today shows are lucky to last 3 to 5 episodes before getting yanked off the air for subpar ratings. It is rare for a TV show to last 5 seasons without either the actors wanting to move on or the audience moving on from watching that show. Only a couple handful of shows have ever made it 10 seasons. The shows that have lasted past 10 seasons are rare, but most of them involve large ensemble casts that often changed characters and actors leaving over the years. But the core cast continued to stick around for bigger paychecks.

Grey’s Anatomy just finished its 11th season on the air. The creator, Shonda Rhimes, and the writers of the show have never been afraid of killing off main characters when either the actors playing those characters have been too dramatic off-screen or they want other characters to go in another direction creatively. A main character does die in Season 11 of Grey’s Anatomy. It is possibly the biggest death on the show ever in terms of backstage drama, the character being killed, and the aftermath for the surviving characters.

Everyone should know the basic premise of Grey’s Anatomy by now, but it is the 21st century version of E.R.. It is the ultimate medical drama that focuses on the doctors at the fictional Grey Sloan Memorial Hospital in Seattle, Washington. Every character has been involved in different relationships with each other, both personally and professionally.

At the end of season 10, one of the original main characters, Dr. Cristina Yang, left the show because the actress who portrays Dr. Yang, Sandra Oh, decided she didn’t want to continue to be on the show. This was very problematic for the main character of show, Meredith Grey (Ellen Pompeo). Cristina and Meredith were best friends and at times Meredith seemed to love Cristina more than her husband, Derek Shepherd (Patrick Dempsey). Most of the main story lines in season 11 consisted of romantic drama between different characters. Meredith and Derek were fighting for most of the season. Meredith also had to start working with her half-sister, Dr. Maggie Pierce (Kelly McCreary), who she barely knew existed. Callie Torres (Sara Ramirez) and Arizona Robbins (Jessica Capshaw) fought for the most of the season and tried to save their marriage. April Kepner (Sarah Drew) and Jackson Avery (Jesse Williams) have a baby born with a tragic disease, and they must decide what to do next. Finally, longtime heart-throb Alex Karev (Justin Chambers) forms a strong partnership with his girlfriend Jo Wilson (Camilla Luddington). However, that is threatened by Alex’s friendship with Meredith that grows throughout the season. Other than that, this season was very uneventful. Oh wait…about that death I mentioned in the beginning.

SPOILER ALERT…at the end of season 11 Derek Shepherd dies in a car crash, while trying to save the lives of others involved in a car accident. This was pretty shocking for even die-hard Grey’s Anatomy fans. Derek and Meredith have always been THE main characters of the show. No one could expect Shonda to do this to Meredith. Meredith just lost Cristina and now loses Derek as well?!?! However, if you followed the backstage drama between Patrick Dempsey and Shonda Rhimes, you might have expected this as a possibility but still not likely. Patrick made enough money from this show that he wanted to pursue other interests. Shonda gave him what he wanted in the biggest way possible.

Overall the acting in this season is top-notch. Ellen Pompeo is excellent as always. While half of the cast consists of newer actors and characters, they have mixed well with the older cast members. The ending of season 11 sets up the show to start a interesting new direction. The only problem with the death of Derek Shepherd is that his death was so big and bold that it is hard to remember what else happened during this season. There was lots of relationship drama, but the medical drama side to this season just got lost in the shuffle.

Everyone will remember season 11 as the season that Shonda Rhimes did the unthinkable. The death of Derek Shepherd has gotten people talking about Grey’s Anatomy more. But like previous seasons, season 11 is really just about that one shocking death or departure with everything else being filler until we get to that point. There are lots of good actors on this show that deserve to have their time to shine, and hopefully season 12 will be the start of that. Meredith will always be the focus of the show, but lets hope Grey’s Anatomy doesn’t get sucked into to continue the same trend of having one big event overshadow everything else that happens during the season.

The video is given in widescreen color with an aspect ratio of 1.78:1. It is enhanced for 16X9 TVs. No major problems at all.

The audio included is available in either English Dolby Digital 5.1 Surround sound. There are subtitles available in English, Spanish, and French as well. The dialogue comes out crisp and clear. No major problems here either, and on par with the excellent video transfer.

Extended Episode – “You’re My Home” – A few more of the season finale.

How To Say Goodbye – This runs 5 minutes and it features Shonda Rhimes talking about the death of Derek Shepherd.

Deleted Scenes – This is a 13 minute collection of scenes that didn’t make the final cut of the film. Nothing you are really missing here.