Heading into that epic 4-part cross-over, we’re having big developments across the 4 shows: Supergirl, The Flash, Arrow and Legends of Tomorrow.

Tonight, it looks like CW’s Supergirl will have Cyborg Superman debut in tonight’s The Darkest Place episode.

It looks like Hank Henshaw, the original human not the one that Martian J’onzz / Martian Manhunter, masquerades as will tangle with Supergirl.

Check out some stills below from tonight’s episode.

Is that the Cyborg Superman or is Martian Manhunter “infected” by the White Martian blood he got the last episode to save his life?

The Citizen Steel costume debuted at the end of lats episode and we know Nathan Heywood will be wearing it for next week’s Invasion cross-over (spoilers here).

Folks around these parts know I’m a huge Wild Dog fan. He’s been prominent this season with the rest of the new Team Arrow.

I’m also a huge mark for Vigilante who debuted last week, but his identity on CW DC TV is a mystery, but not a mystery to comic book readers (spoilers here). 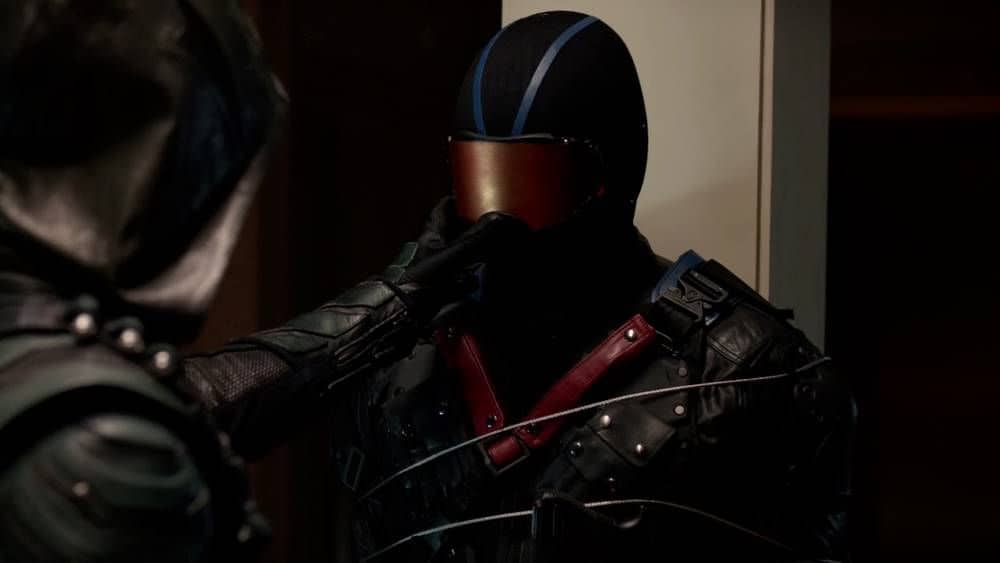 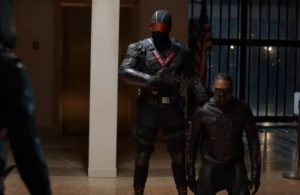 CW The Flash with Savitar!

The God of Speed Savitar debuted last week and tangled with the Flash while wally West was crystallized by Dr. Alchemy. Only a matter of time before Kid Flash runs again!

Check out the first look of Savitar including him (?) at super-speed vs. Barry Allen as the Flash. This Savitar appears very different from his comics inspiration (spoilers here). 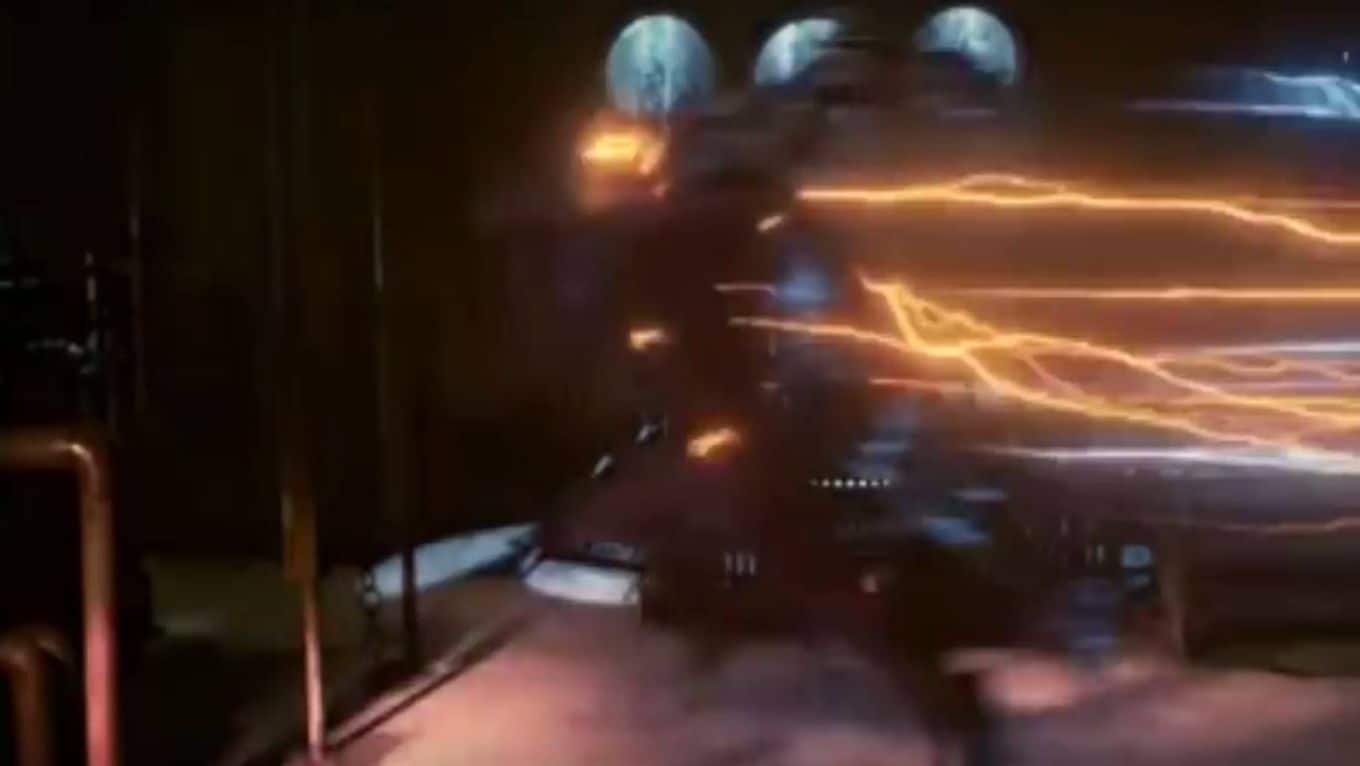 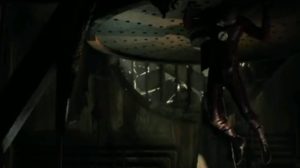 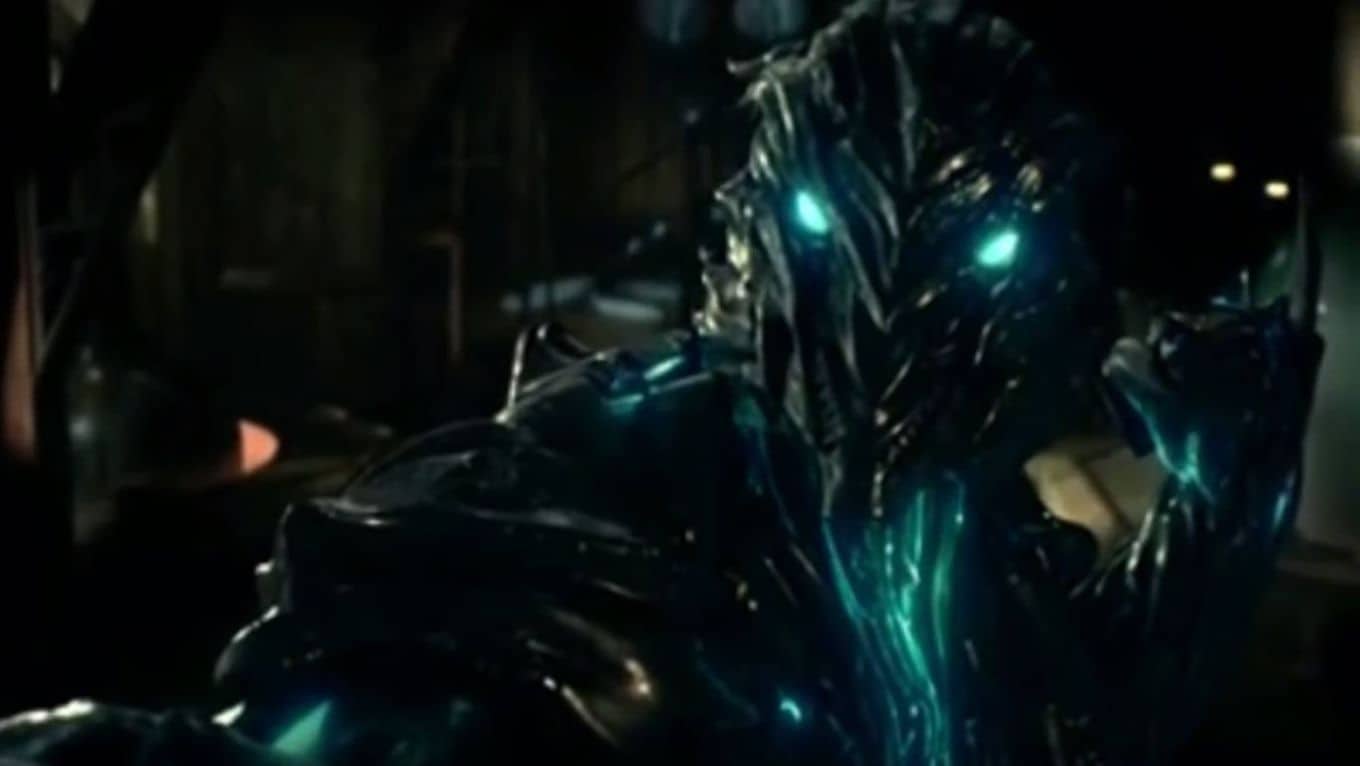 It appears that Deathstroke returns to either tangle with Green Arrow or take on the Dominators, the aliens behind the Invasion. 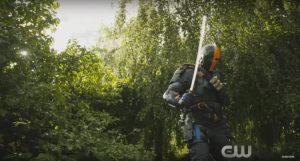 Its also possible of this cross-over will be like the Invasion in comics, that other aliens may well be part of this event. If so, is that even Deathstroke? Could it be a shape-shifting Durlan alien instead?

Also, check out the first looks at the alien Dominators! 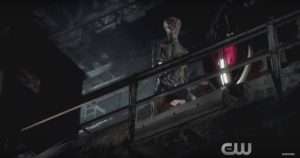 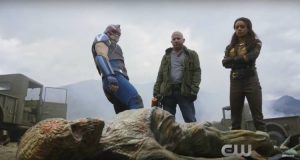 Plus Supergirl, The Flash, Arrow and the Legends of Tomorrow as team CW DC TV! 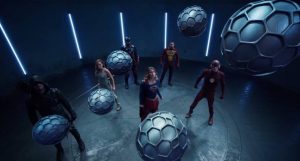 Is it possible that we’ll see Superman, who debute earlier in Season 2 of Supergirl, during the Invasion? Actor Tyler Hoechlin isn’t talking. 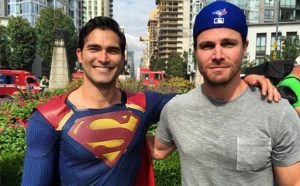 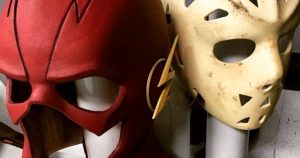 Should be a big two weeks of DC TV on the CW!