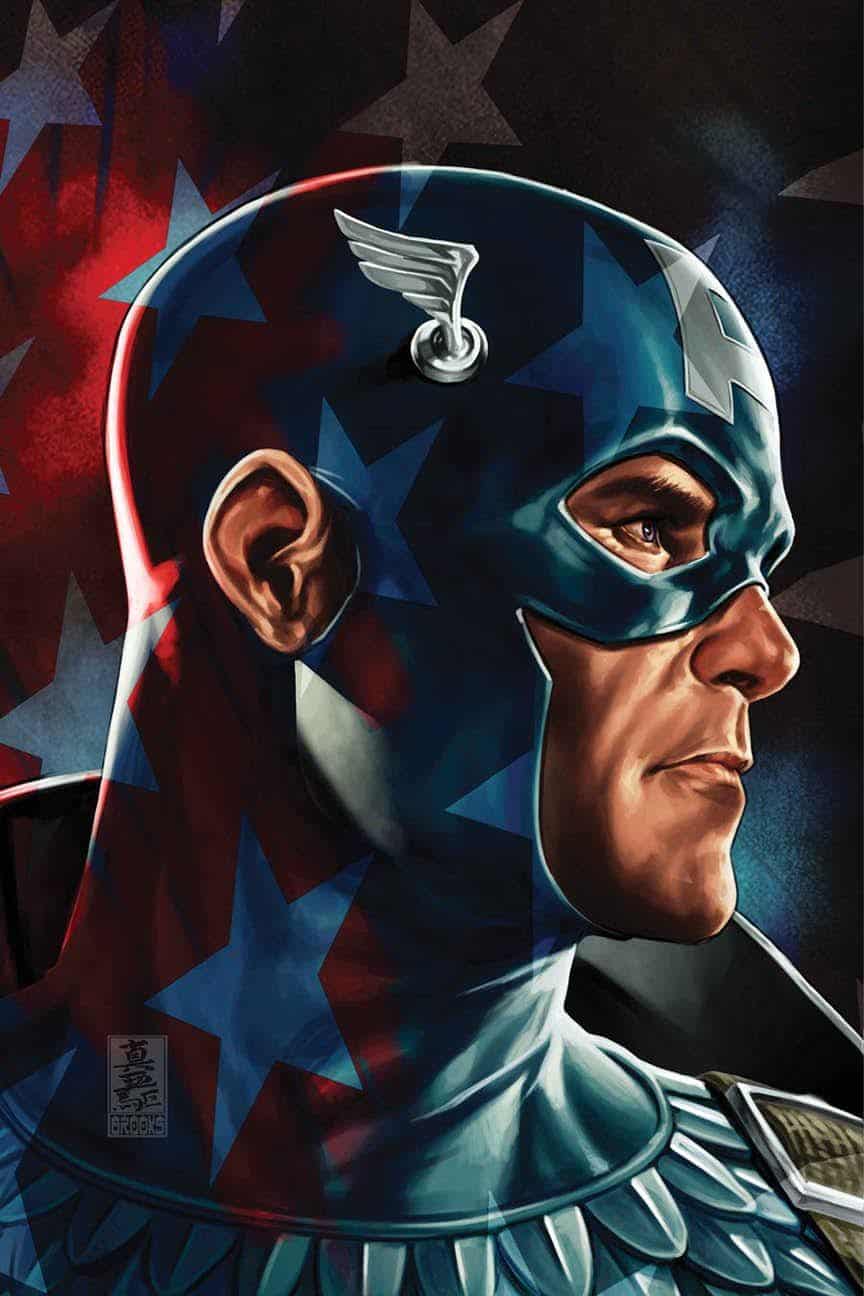 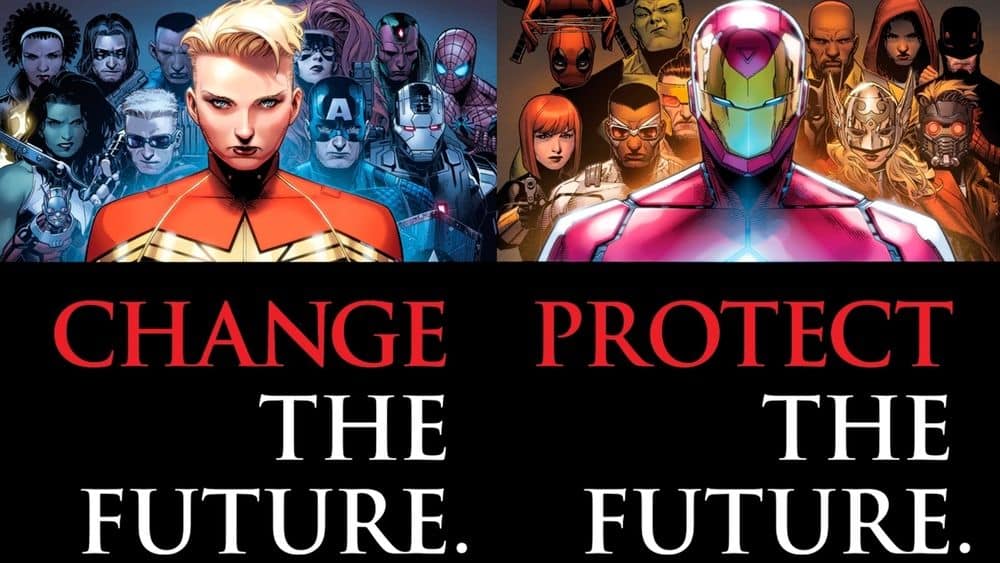 …you may recall in 2016’s Civil War II that Hawkeye seemingly killed the Hulk by killing Bruce Banner.

However all was not as it seemed…

…as Clint Barton killed Bruce Banner at his request with arrow Bruce created.

Fast forward to 2018’s Avengers No Surrender and the Hulk returns as confirmed to be Immortal. 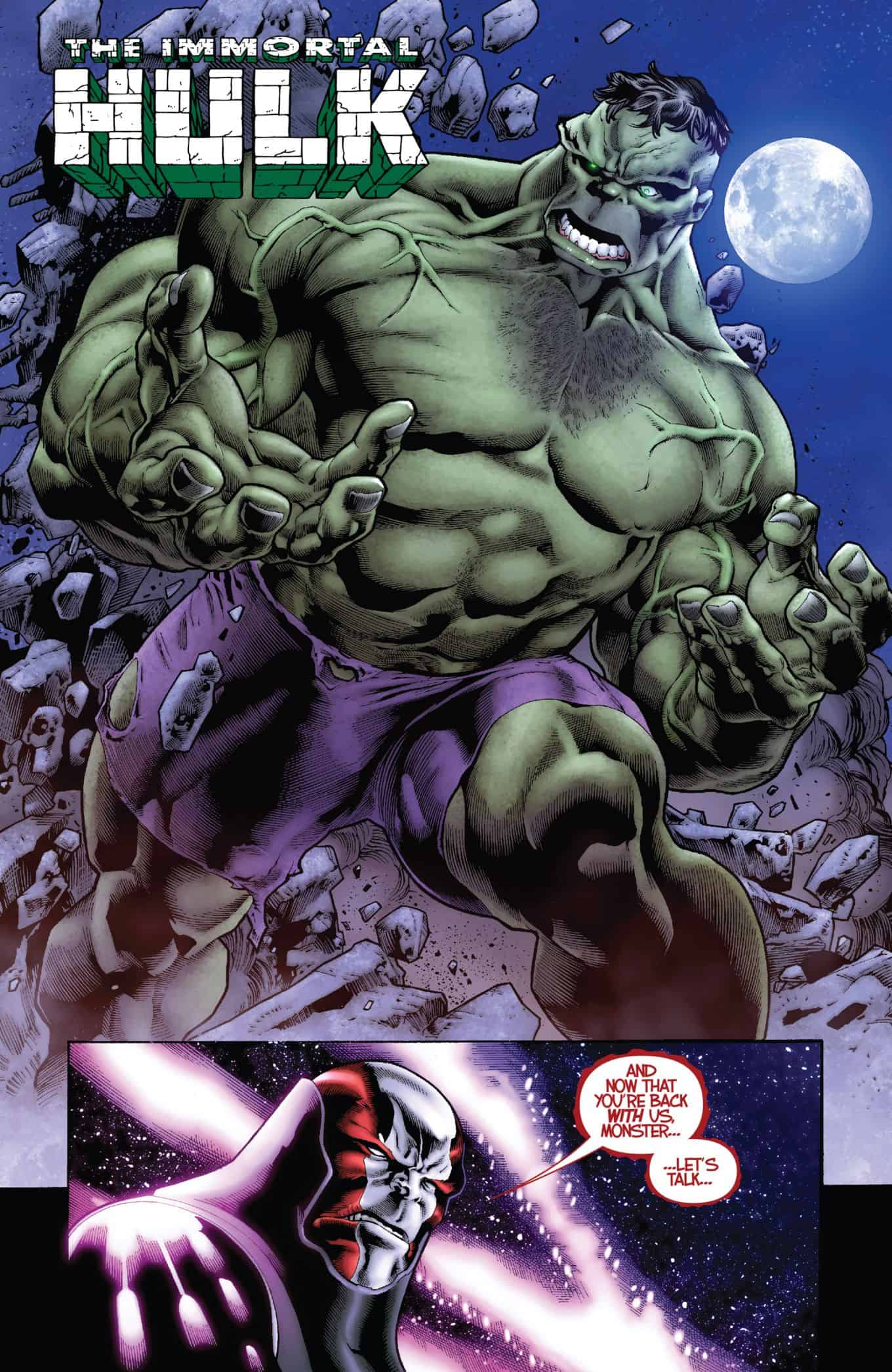 He was originally a pawn of the Challenger, but has snapped out of it helped defeat him. 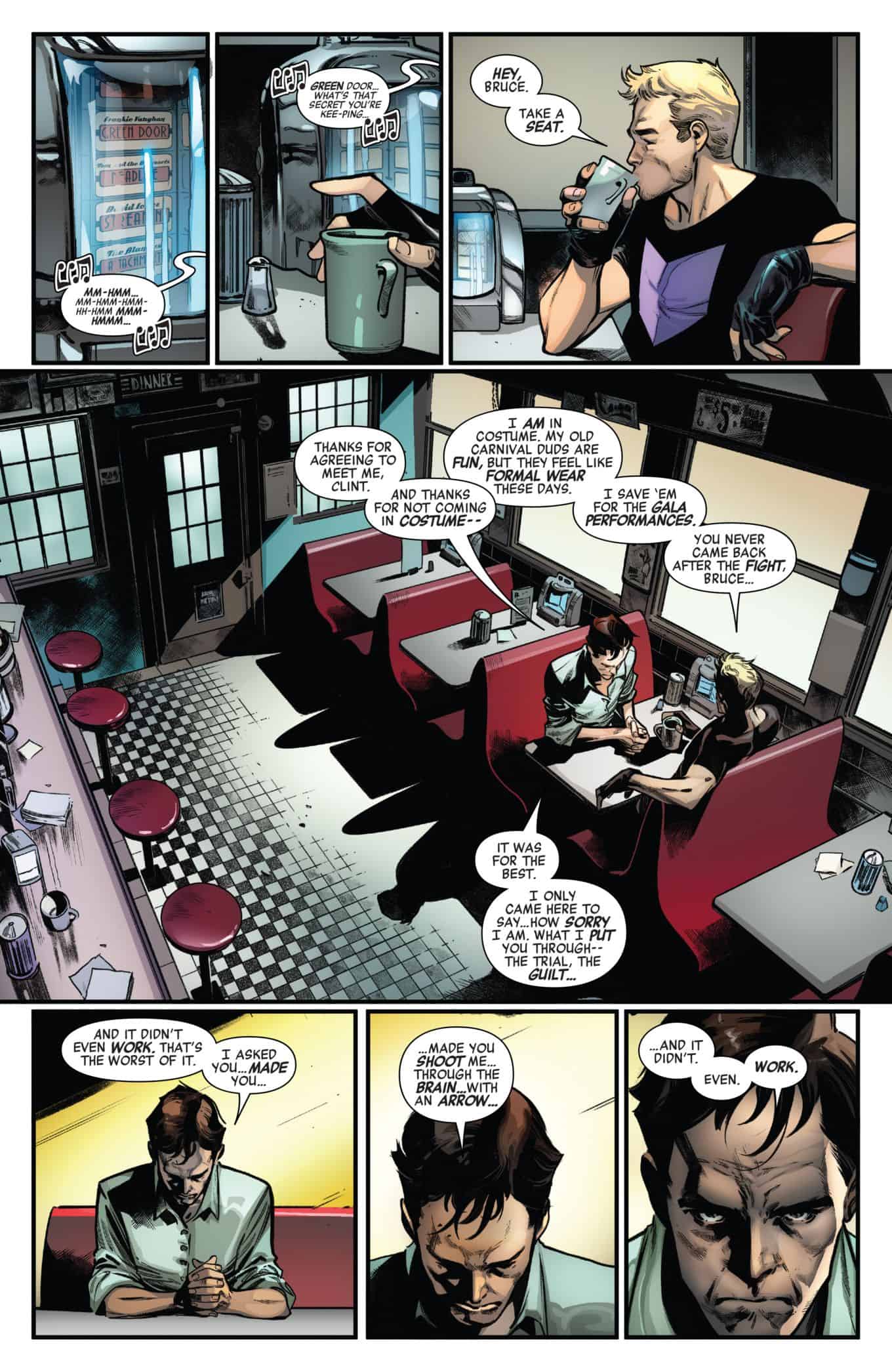 Well, Hawkeye and the Immortal Hulk, as Clint Barton and Bruce Banner, met in a diner… 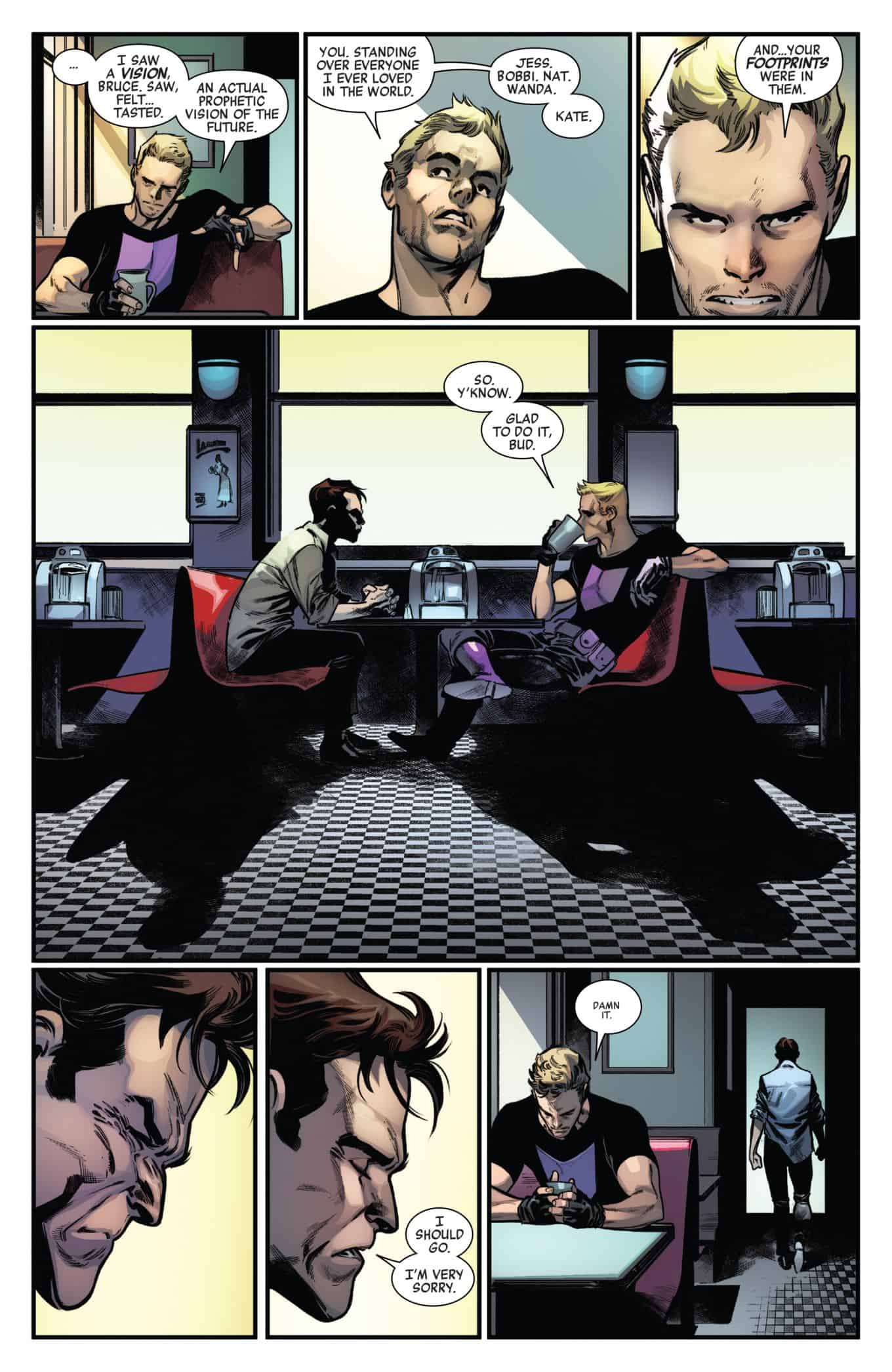 … discuss what happened between them. It is an awkward conversation that seems to set Bruce Banner on a path as a wanderer, like in his 1970’s TV incarnation… 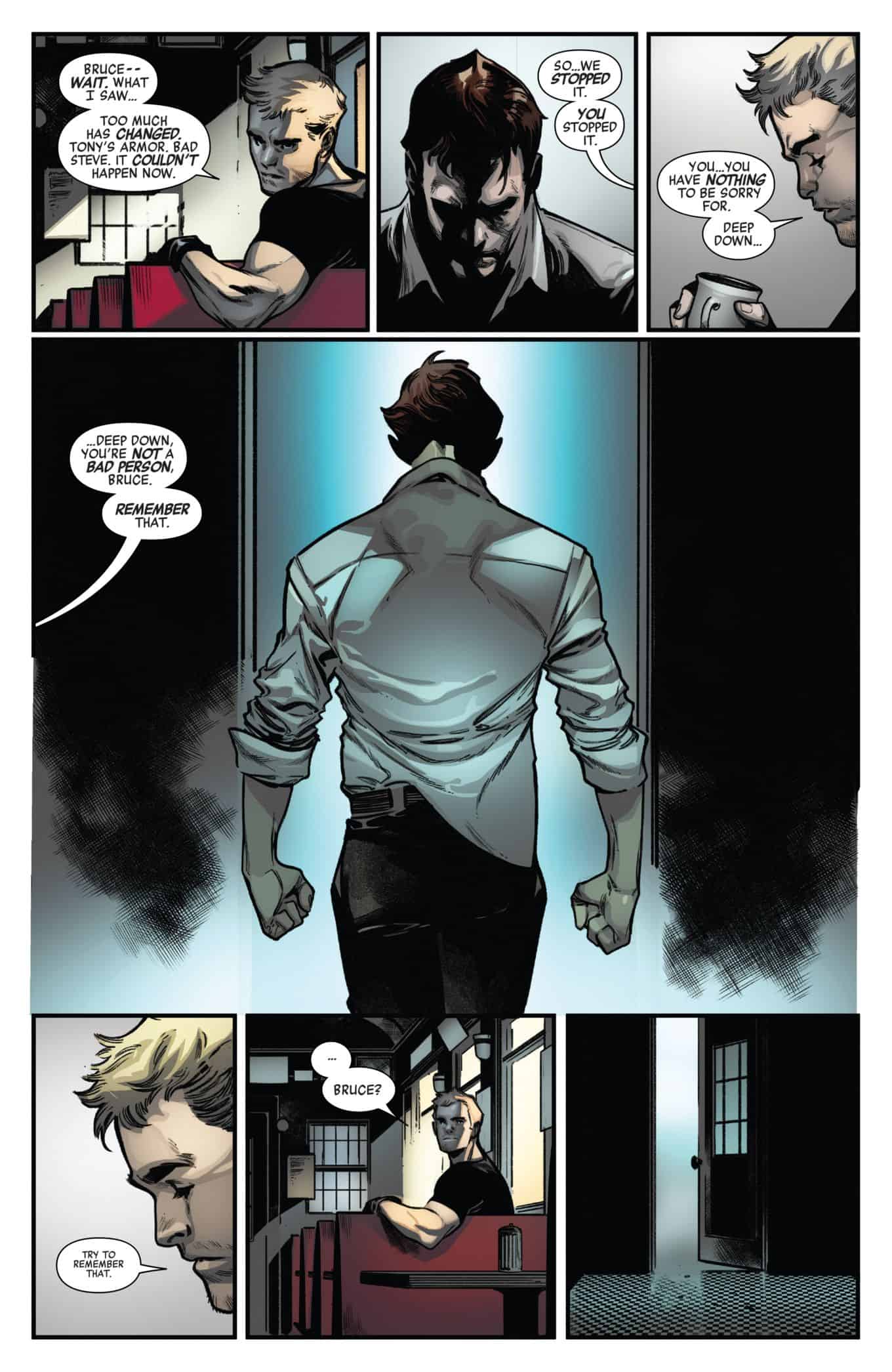 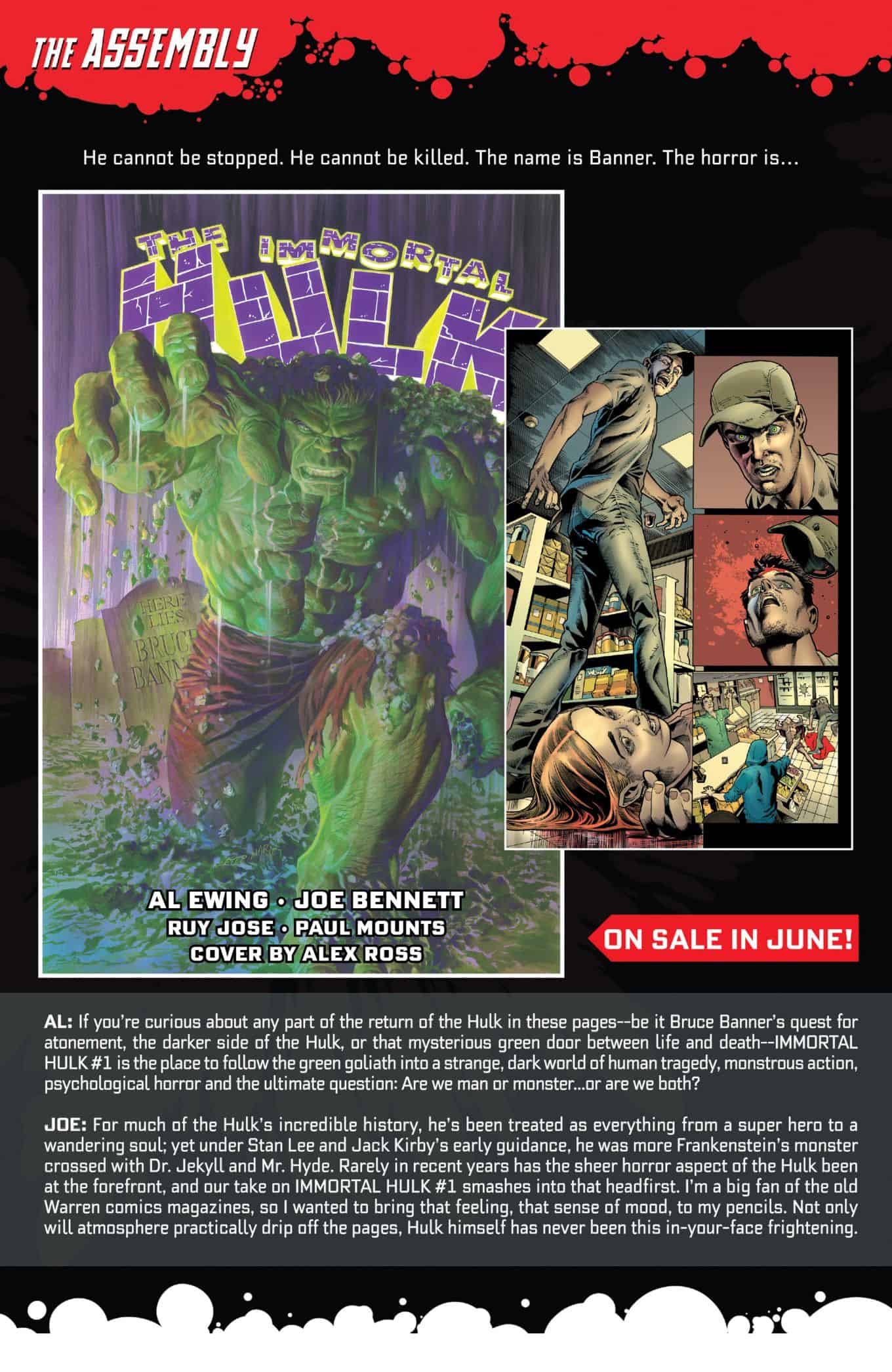