Rarely do I get excited about a remake of a horror film. Why remake something when the original is legendary? And then a filmmaker comes up with a twist that makes you ignore the original such as what if we cast Crispin Hellion Glover as the lead? Who better to lead a pack of rats? That’s exactly what was done with the remake of Willard. And that’s why it’s as original as the original. Now Crispin’s version of Willard is coming to Blu-ray with fresh bonus features on February 26. Here’s the press release from Scream Factory: 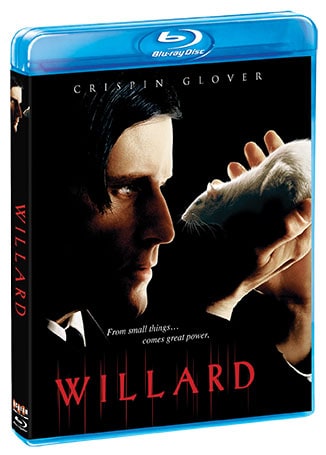 For years, Willard Stiles (Crispin Glover, The Wizard of Gore & Back to the Future) has been trapped in a dead-end job with no friends and no future. Willard’s life seems hopeless until he makes an eerie discovery: he shares a powerful bond with the rats that dwell in his basement. Now a guy who has been trampled in the rat race his entire life is suddenly ready to tear up the competition … beginning with his boss.