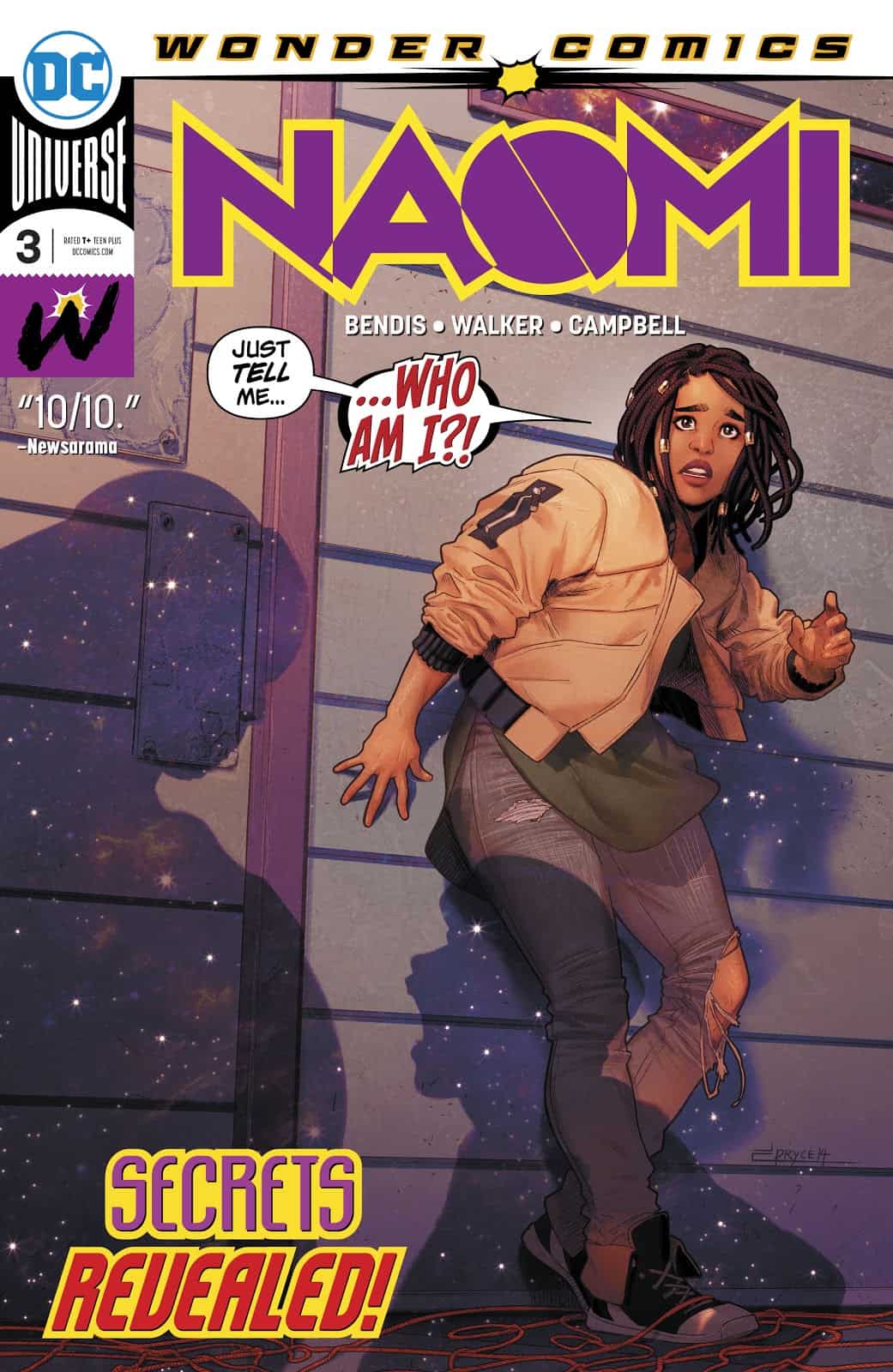 Naomi breaks curfew to meet with local mechanic and family friend Dee who she thinks is her biological father; he is not.

He does explain his backgrouned; he is a Thanagrian from Hawkworld like Hawkman…

…and he was trapped on Earth.

His shot partner is not Naomi’s mother either.

Naomi’s adoptive mom finds Naomi with Dee and she goes ballistic upset that he revealed his alien origins to her.

Naomi’s adoptive parents have some ‘splaining to do.

…he appears to be from Rann.

The background of Naomi’s adoptive mom is not revealed. She may not be from Rann since earlier in the issue it was alluded to the fact that Naomi’s parents can’t have kids hinting at their backgrounds / incompatibility being the reason. Next issue we expect to learn about Naomi’s biological parents after the focus on her adoptive parents this issue.