On The Streeter – 10 Thoughts on WWE Stomping Grounds 2019

Hey! It’s another WWE pay-per-view, and so, being sad and with no life to speak of, I watched it, and have written another 10 Thoughts column because the only person to tell me to stop (on Twitter) used words and grammar that made me think he(?) might not be out of grade school yet.

And before we get into it – leave a comment! Even if it’s just to say, “I liked the show – you don’t know what you’re talking about.” That’s cool. Just do it.

Okay, Stomping Ground. On paper, I was not looking forward to it. Did it surprise me? Well, let’s see, shall we. If you want to see what I suspected was going to happen, head on over to the Roundtable and see just how damn wrong I was.

1) The Cruiserweight Championship match was on the kickoff show. It should have been on the main show. Then it would have been exactly what WCW used to do – put on a fast-paced cruiser match to get the crowd/audience pumped. Really good match. Some of the high spots were incredible. Okay, sure, it was a spot-fest, but it was fun. I think I’m going to have to start watching 205Live. Drew Gulak pulled out the pin on Akira Tozawa, with previous champ Tony Nese not involved in the result after about 12 strong minutes. (Roundtable: 1-0)

(Okay – interrupting a great match with advertisements for the PPV you’re watching the kickoff for just plain sucks. It smacks of desperation on WWE’s part.)

2) The main show starts with the Raw Women’s Title. I said it in the Roundtable – Evans is not at this standard yet. This match made that blatantly obvious. Lynch carried her to something watchable, but only just. The audience chanting that Evans can’t wrestle might be a little harsh, but… you know. Lynch retained after about 12 minutes. (Roundtable: 1-1)

3) The in-ring action of the KO-Zayn v New Day match was okay; I was entertained. But what got me was that this match told a story! Zayn & Owens attacked Xavier Woods from the get-go, and this played into the ending when Owens pinned Woods after decent action. A match with a story and proper selling in the WWE! Colour me impressed. Sami Zayn & Kevin Owens won after a little over 10 minutes. (Roundtable: 2-1)

4) The US Title match started off as a slow match, but slowly but surely grew in pace and intensity to become one of my favourite WWE matches of 2019 so far. This looked like the bookers just trusted Samoa Joe and Ricochet to do whatever they wanted. Match of the night in my opinion. And then Ricochet winning the title, and getting congratulated backstage, including a hug by NXT boss-man HHH was just quite cool. So, yes, new champ after about 12 minutes. (Roundtable: 2-2)

5) I asked in the Roundtable if Bryan could carry 3 guys in the Smackdown Tag Title match? I don’t think he did all the heavy lifting, but the answer is, “Yes!” (and the “Yes!” chants were prominent in the crowd). This was a surprisingly good match. Otis and Trucker looked like they deserved to be there (Tucker hit a moonsault!) and, even though they came up short, they are now seen as a legitimate threat. In about 15 minutes, the champs retained. (Roundtable: 3-2)

6) Bayley defeated Alexa Bliss to retain the Smackdown Women’s Title in about 10 minutes. Bliss can’t wrestle (code red notwithstanding). Bayley couldn’t carry her. Cross interfered. Can we have some-one who can wrestle to challenge the women champions now please? WWE do have plenty of them, you know. (Roundtable: 4-2)

7) Roman Reigns defeated Drew McIntyre (and Shane McMahon). He is the new John Cena. That is not a compliment. Good to see the Alabama Slam make a comeback. McMahon hit a coast-to-coast dropkick. Match lasted over 15 minutes and I was calling most of the moves before they hit. Yeah. Cool. Whatever. (Roundtable: 5-2)

8) How can they make a cage match dull with Ziggler against Kingston? It was a long 20 minutes. I mean, these two should have been able to make it awesome and high-flying and insane. It wasn’t. The only good bit was Kofi literally diving over Ziggler to land on the floor (awkwardly on the shoulder) before Ziggler could to win and retain the WWE championship. What happened? Did Bryan suck all the good wrestling out of the building to make sure his match was good? (Roundtable: 6-2)

9) The guest referee was… look. Okay, I understand. It meant that Lynch came in and saved her boyfriend from the nefarious refereeing of Evans, but it also means the Evans feud may not be done yet. Didn’t help the match, which was Rollins trying to get something – anything – out of the charisma blackhole that is Corbin. In fact, Evans was far better as a heel ref than a heel wrestler. Match was still just a match that saw Rollins retain the Universal Championship in about 20 minutes. (Roundtable: 7-3; I picked the guest ref wrong)

10) So… we had a show with one of the best WWE matches of the year, a great kickoff show match, two pleasantly surprising tag matches and a lot of suckage. The last 2 hours was… not good. Come on, WWE – you have all this talent on your roster! Let them use what they have!

And that’s my 10 Thoughts on yet another WWE PPV. Come on, tell me where I went wrong, what I don’t know, why don’t I stop watching if I hate it so much, and everything else that used to be the norm in the discussion pages here at Inside Pulse!

Meanwhile, if you can catch the cruiser match and Joe/Ricochet – do so. You won’t be disappointed. 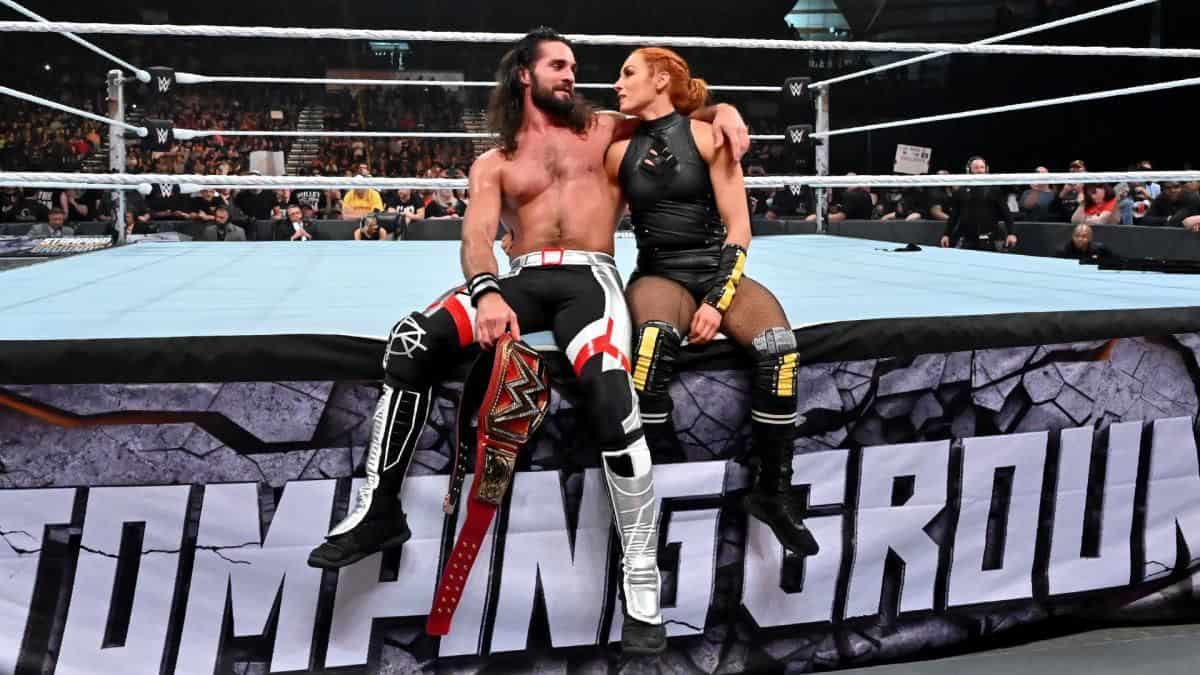