… As Morals Compromised and…

The book opens with the microscopic Atom infecting Captain Atom with the Anti-Life Equation from the inside!

Then the call goes out to heroes and villains alike…

…to mobilize against this unprecedented threat.

Giganta attacks the Super Sons, but she’s taken down by Superman who stops Wonder Woman from killing her not realizing that Cyborg just did! His moral have been compromised during this threat?

Superman finds a way to avoid becoming a zombie through the screens that also transit the equation; he’s using his x-ray vision. 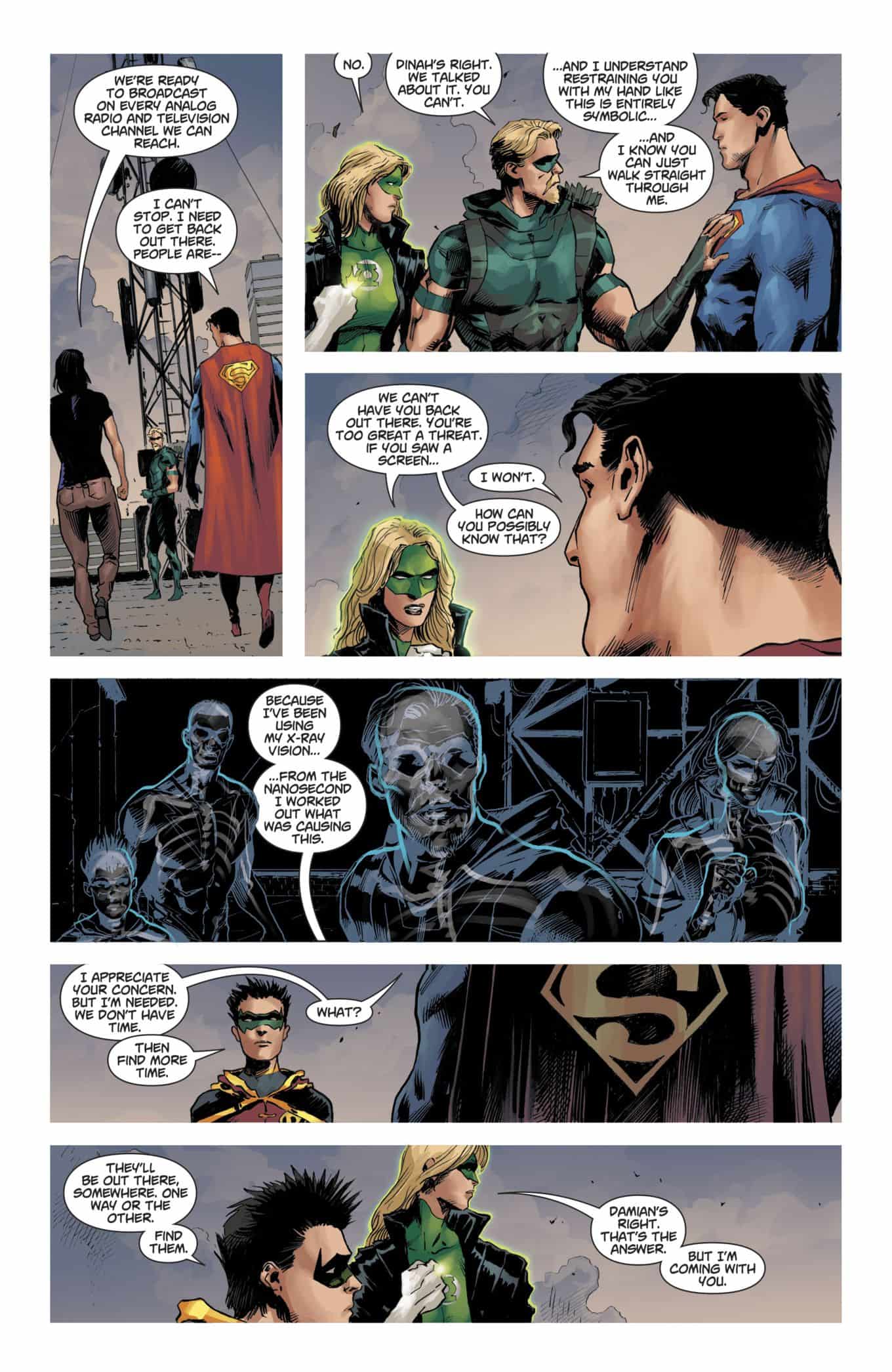 The heroes and their allies starting using special contact lenses to avoid the screens too.

The book ends with Superman and Wonder Woman…

…attempting to stop the nuclear destruction of Captain Atom, but…

…they may be too late?

Compelling and frightening story with art that evokes the horror of the situation. I don’t generally like monoster or zombie stories, but this one is intriguing set in the DC universe I am familiar with or so I thought. 9 out of 10.