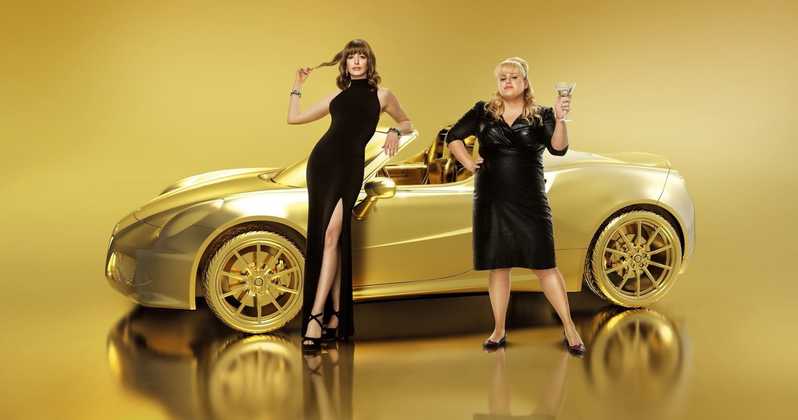 Remaking any classic comedy is always difficult due to the nature of comedy itself; tastes change, actors change, etc. So, taking a classic like Dirty Rotten Scoundrels, itself a remake of Bedtime Stories, is a difficult task. Throw in a deep cast and this should be a good comedy, right?

Anne Hathaway and Rebel Wilson star as a pair of feuding con artists looking for the big score: an Englishman (Alex Sharp) from old money. Shenanigans ensue en route, of course, and both preceding films’ twist in the end gives it all the requisite story telling that the originals had. Unfortunately, the film misses so much on the comedy that it becomes a chore to finish it.

It’s a real shame, too, because this is a motivated cast and crew trying to pull this off. If it was a pair of lead actors mailing it in, etcetera, you could understand why it failed but Wilson and Hathaway are working hard on screen. You can see the attempt but it just doesn’t work.

It’s a shame because there’s potentially something really interesting about female con artists in the vein of the Martin/Caine classic.

EPK materials and the usual suspects… but nothing too deep.