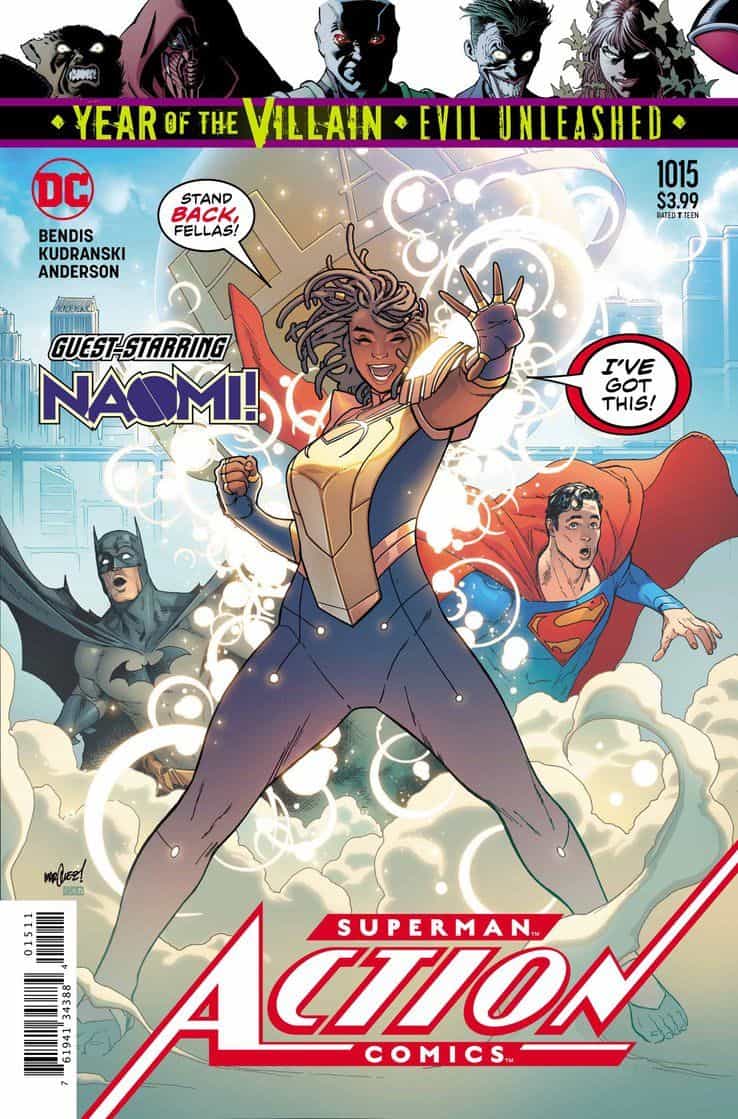 Plus Naomi Is Similar To Batman and Superman?! 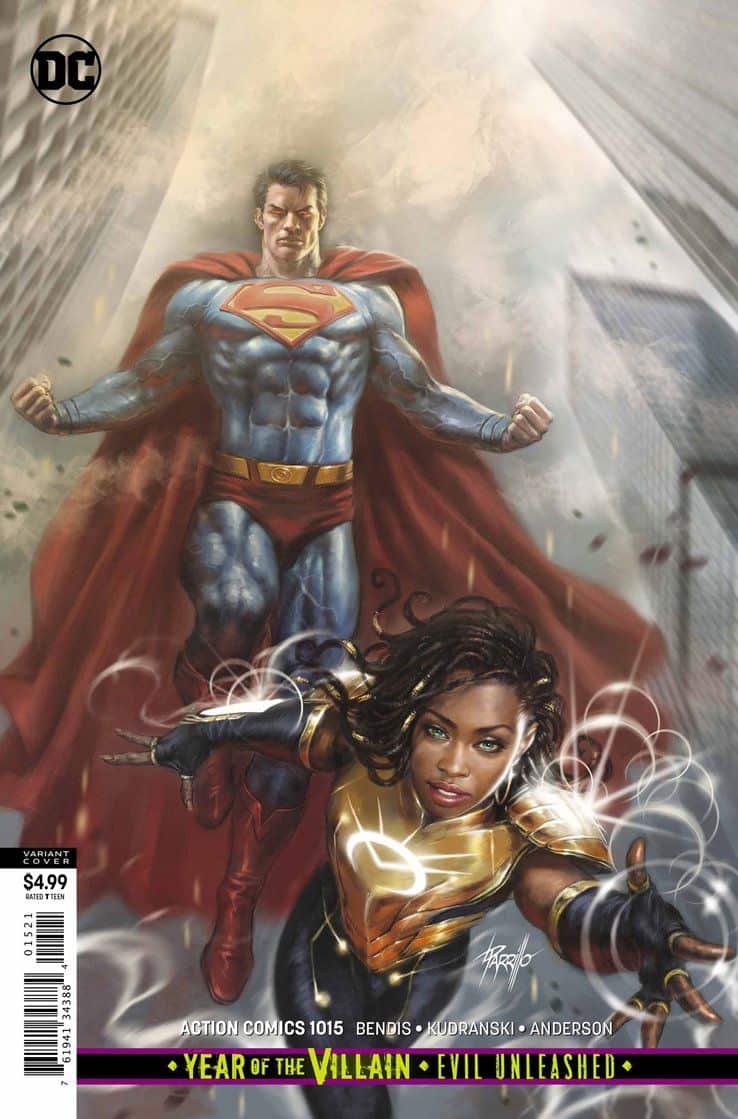 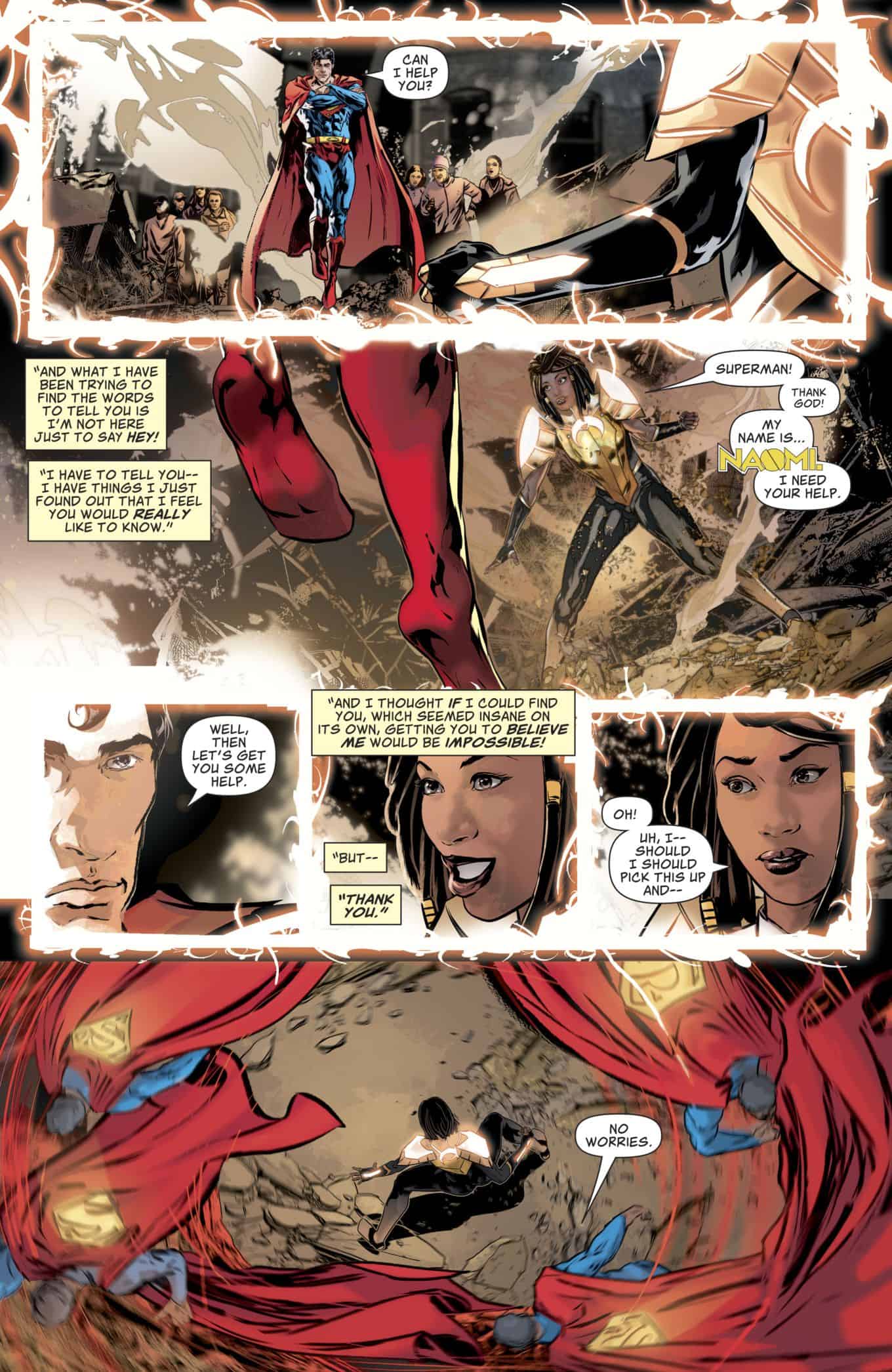 …as she learns to fly. 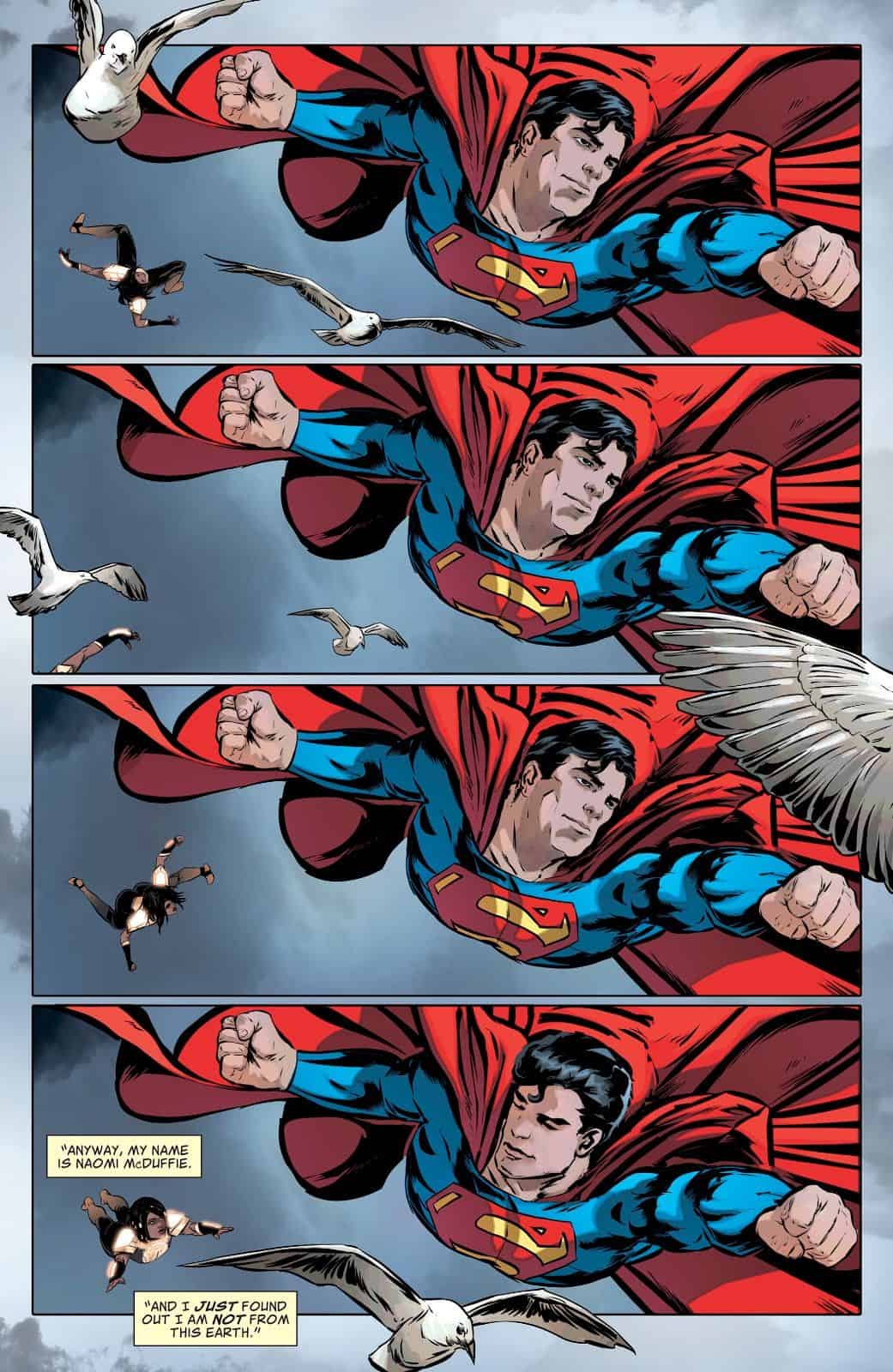 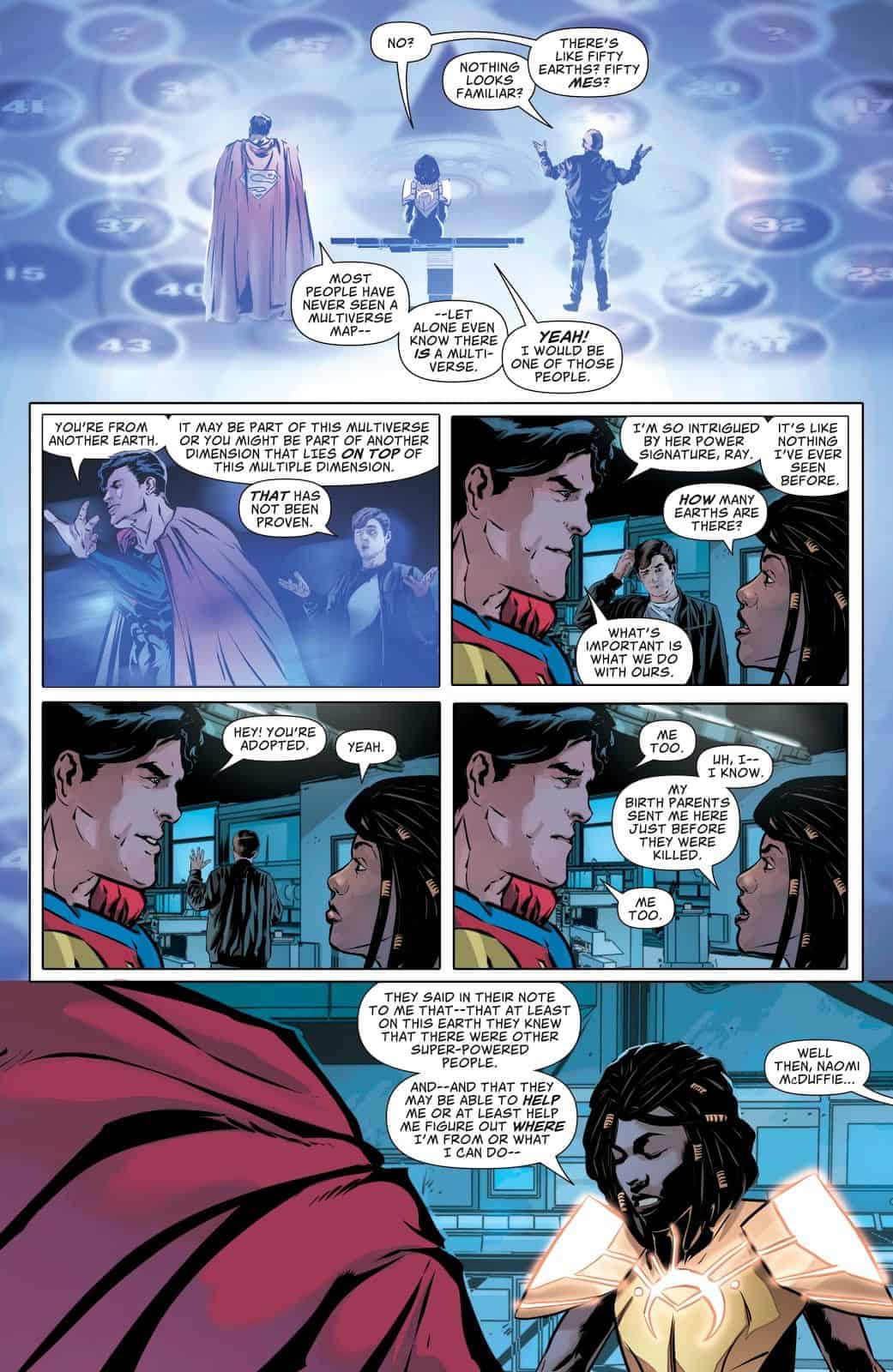 …as Batman enters the party. 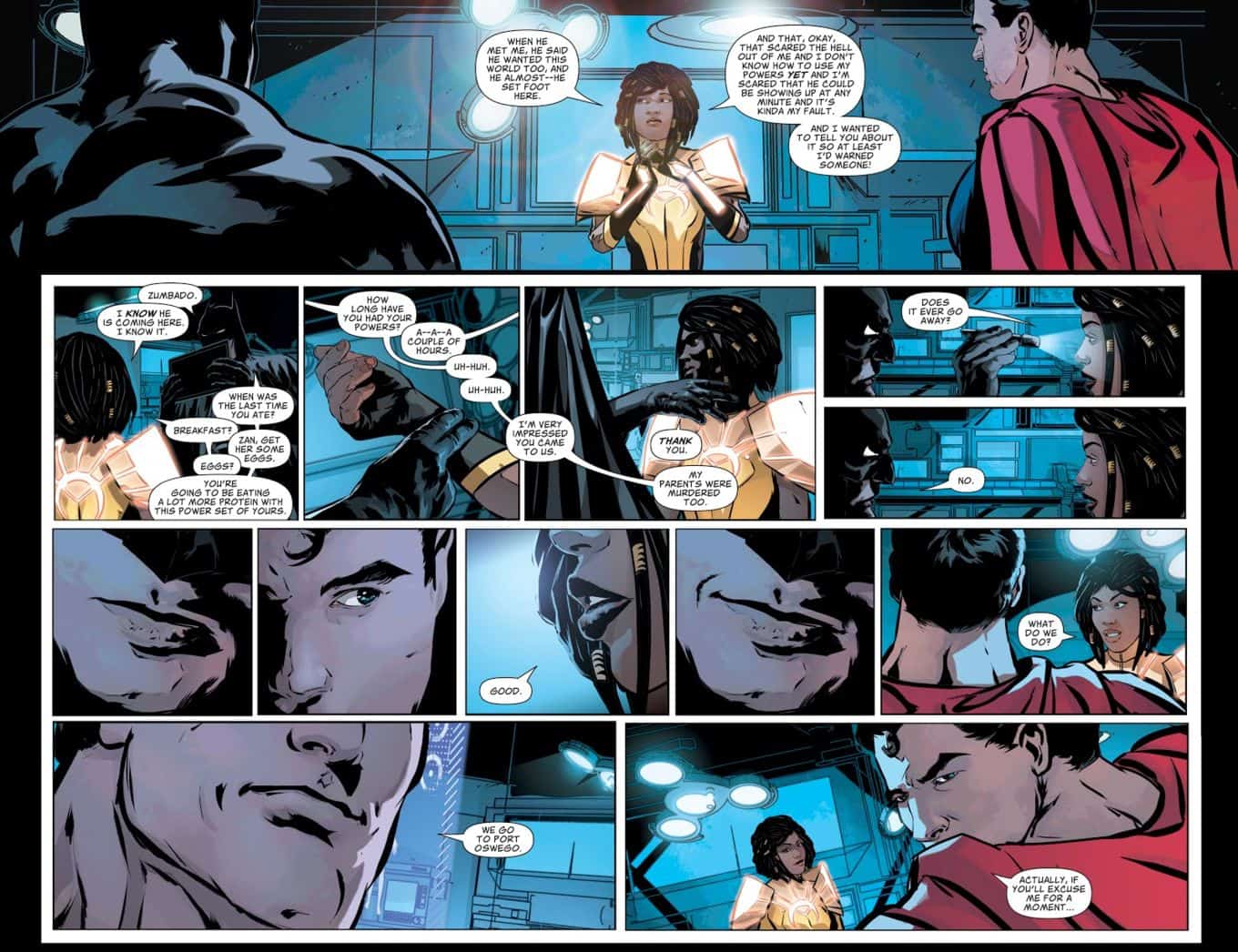 Elsewhere a powered up Red Cloud, having received a Dark Gift from Apex Lex Luthor for DC’s Year of the Villain, takes… 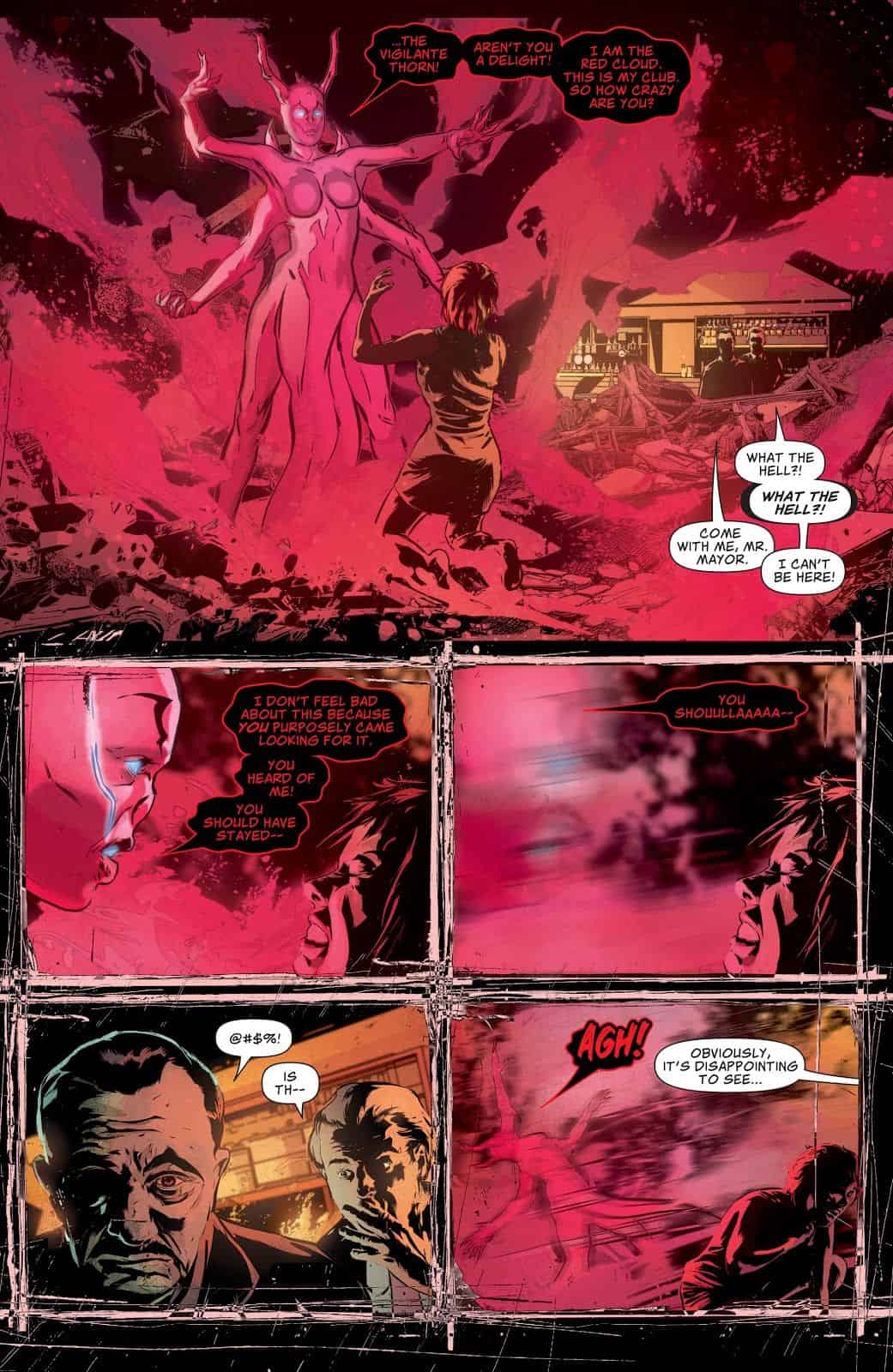 …Thorn soon to be of the Legion of Super-Heroes. 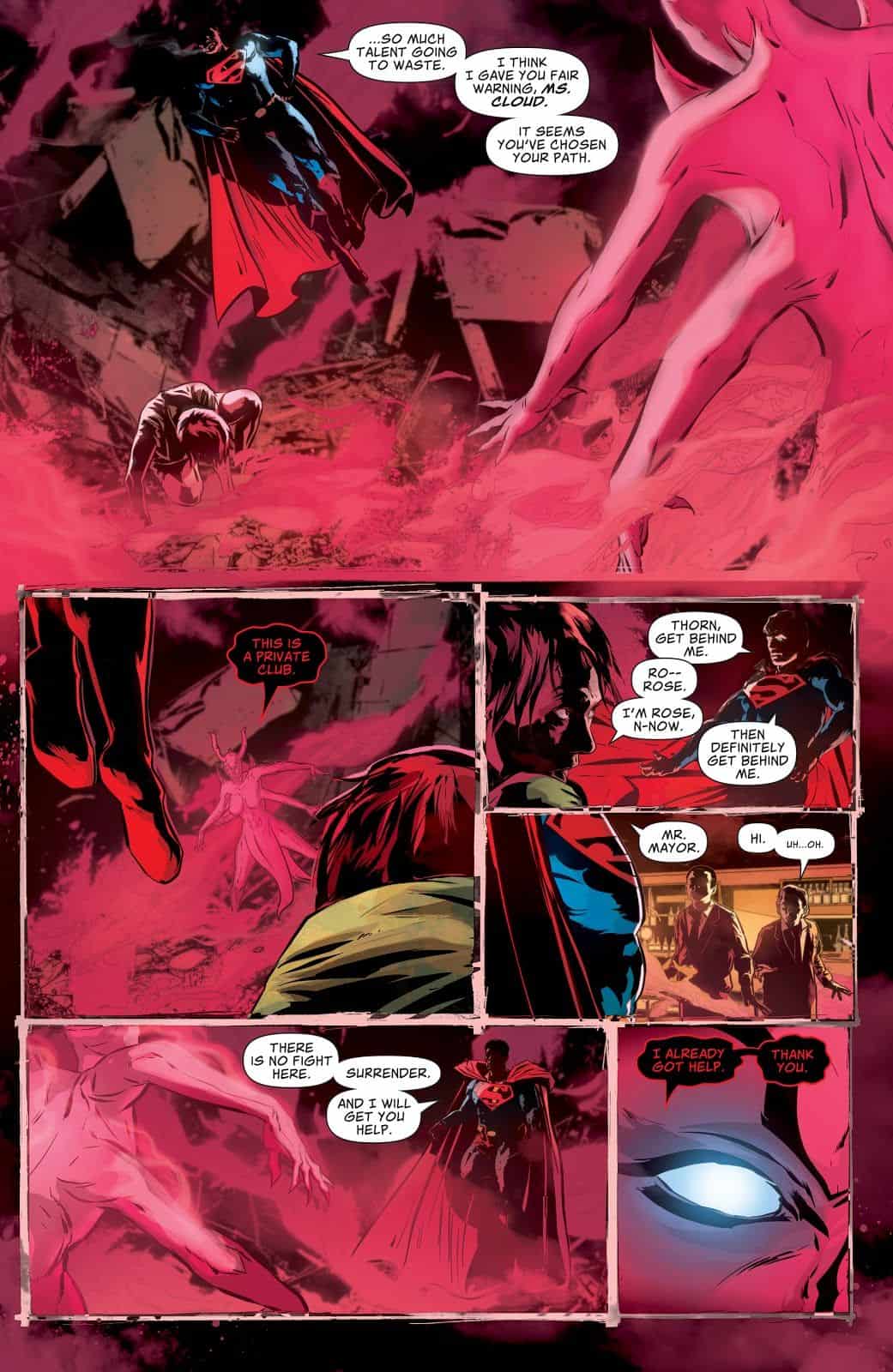 However, Superman enters the fray and… 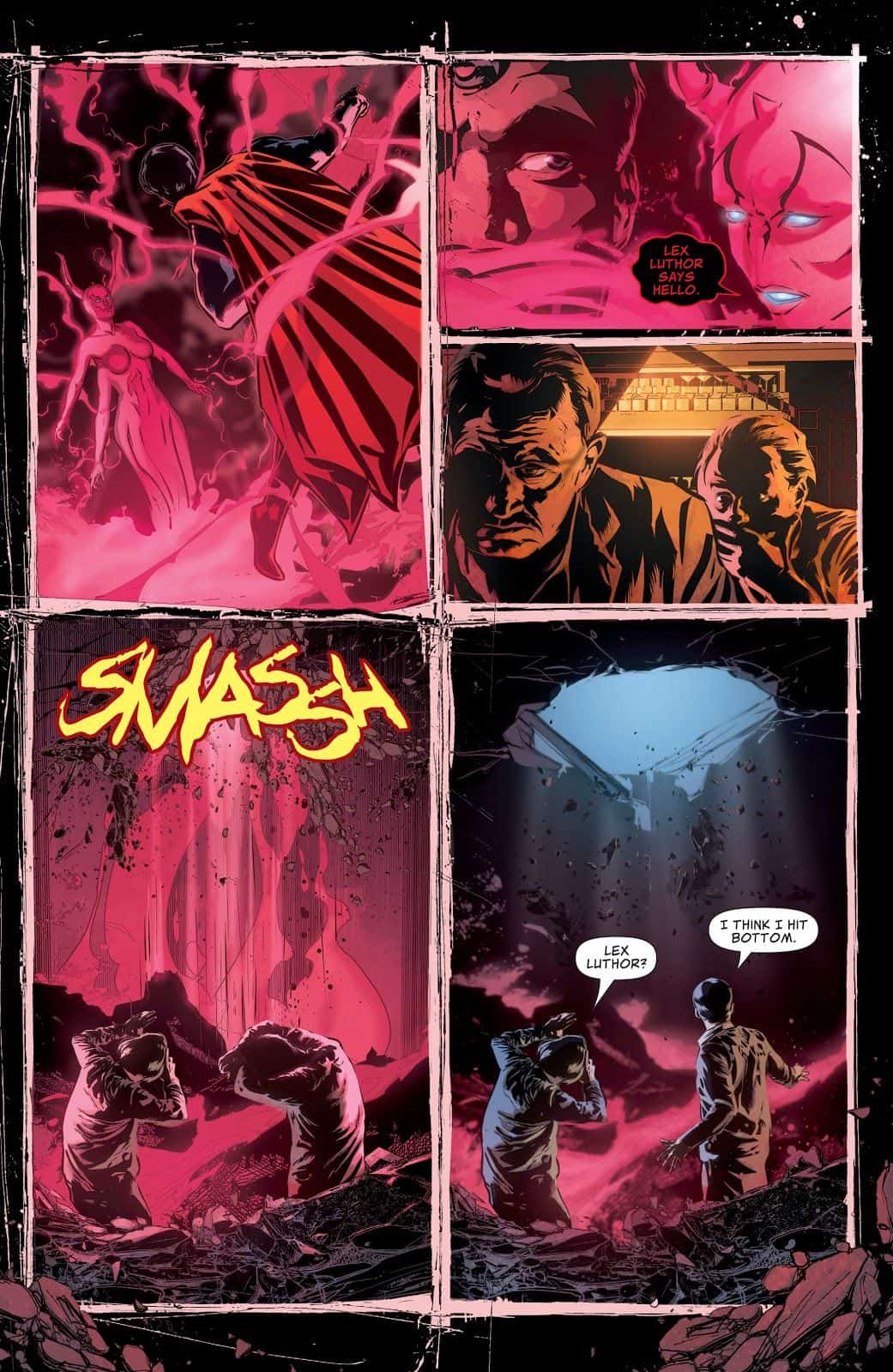 …she is able to go toe-to-toe with him! 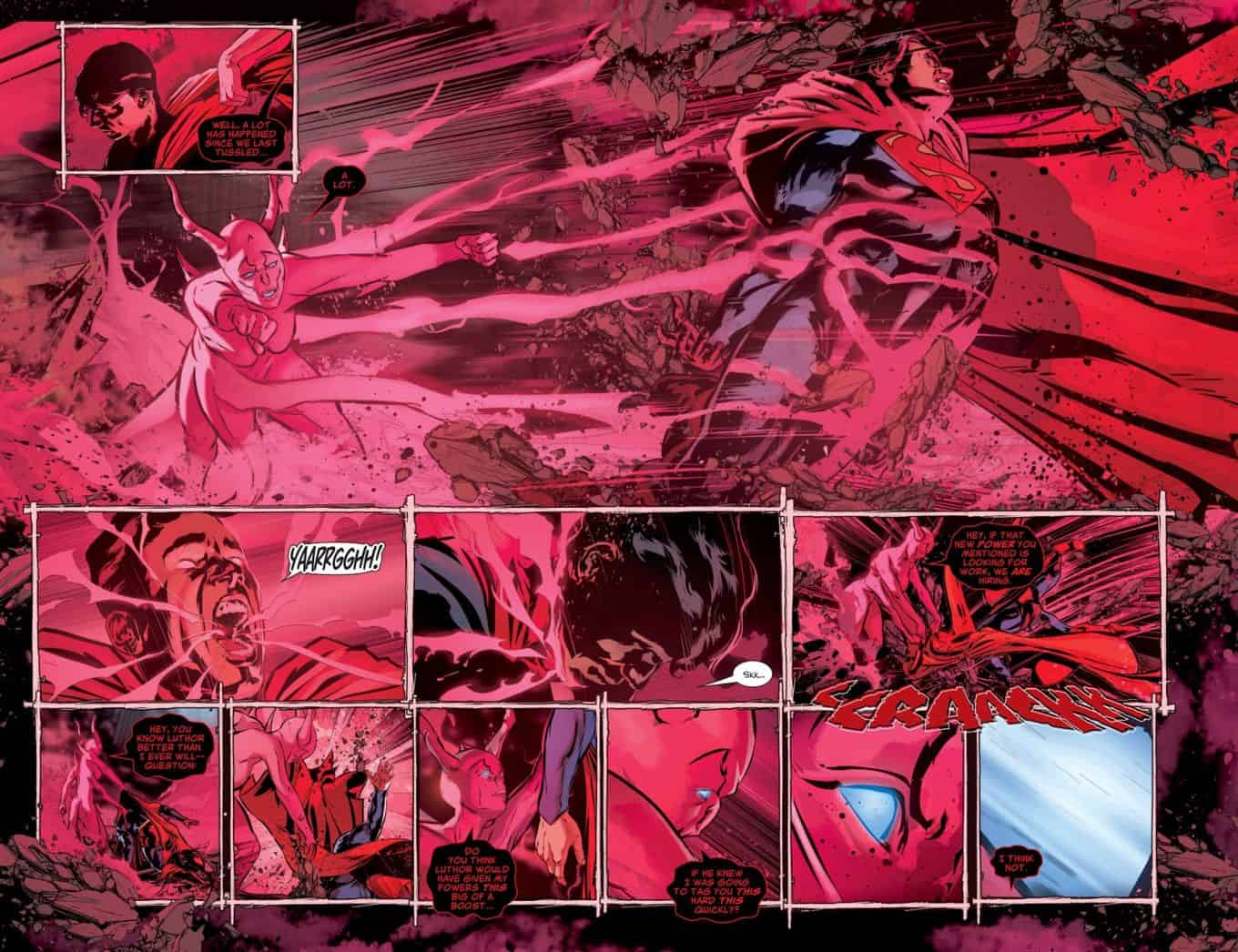 The book ends with what previous issues’ have opened with; the Daily Planet website and news from DC Comics. 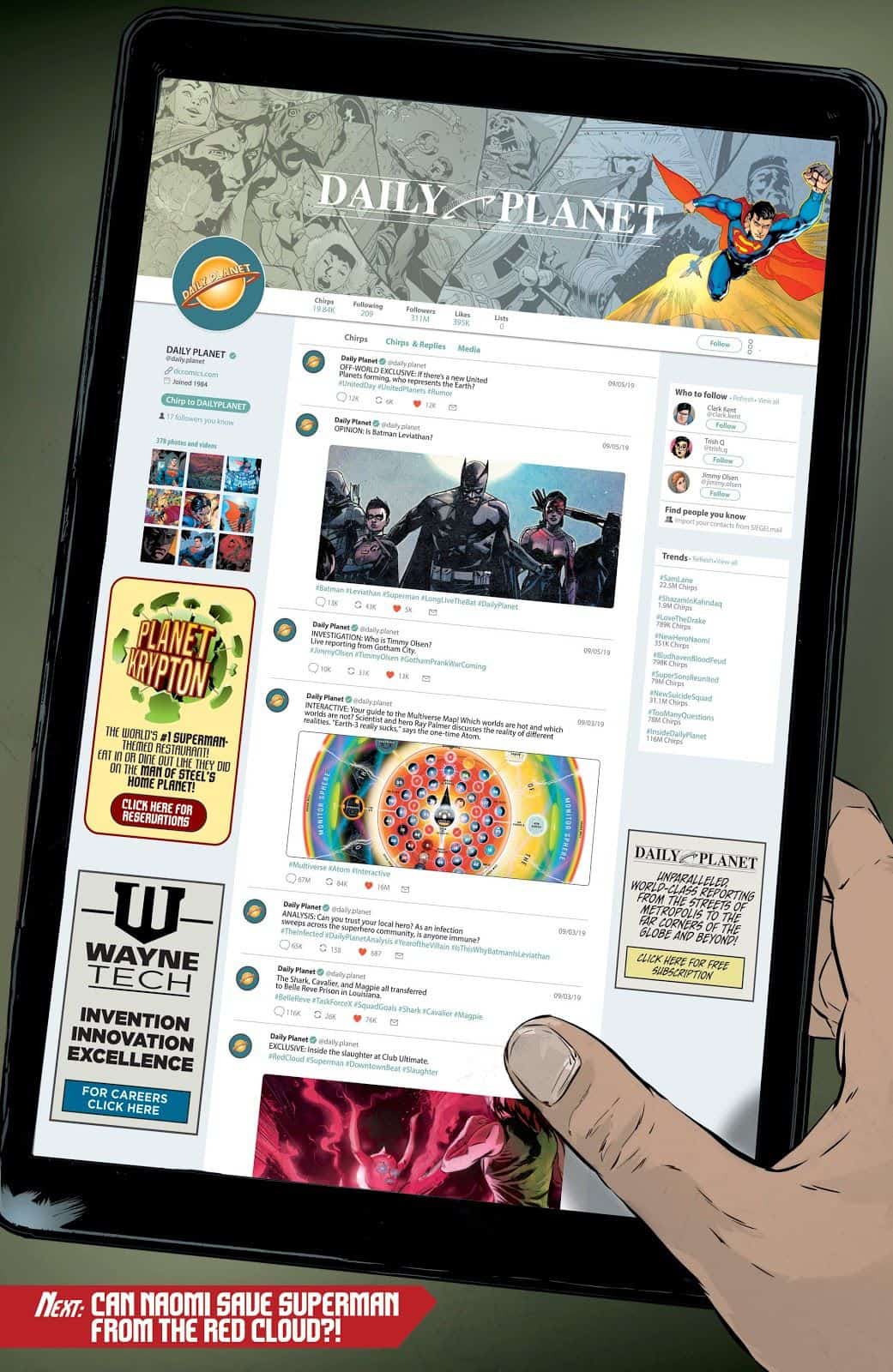 Decent art and ok story, but not the most entertaining in recent months. Eh. 6 out of 10.