The New King Of Hell The Johnny Blaze Ghost Rider Returns To Raise Some Havoc and Hell! 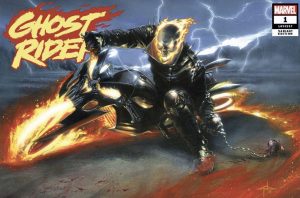 Including a concept art variant too.

Plus a blank variant, but black instead of the usual white.

Now, third, we get to the interior pages.