The most up-to-date version of WWE’s Championship belts are from April 12, 2020 here. 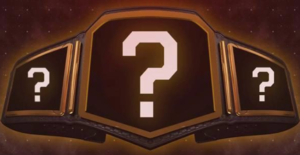 So, will the WWE United States Championship belt be the next one to be updated as has been speculated for some time?

I believe the above version of the US belt has been in place since 2003 with the exception of 2004-2005 when it got a John Cena spinner version below which was trashed after JBL won the strap and reverted it to its OG WWE look above.

Anyhow, there are currently 18 active championships in WWE. Wow.

BTW, I didn’t include the video game Up Up Down Down Championship belt in my graphic as it is not a strap awarded for wrestling despite it being a WWE affiliated championship.