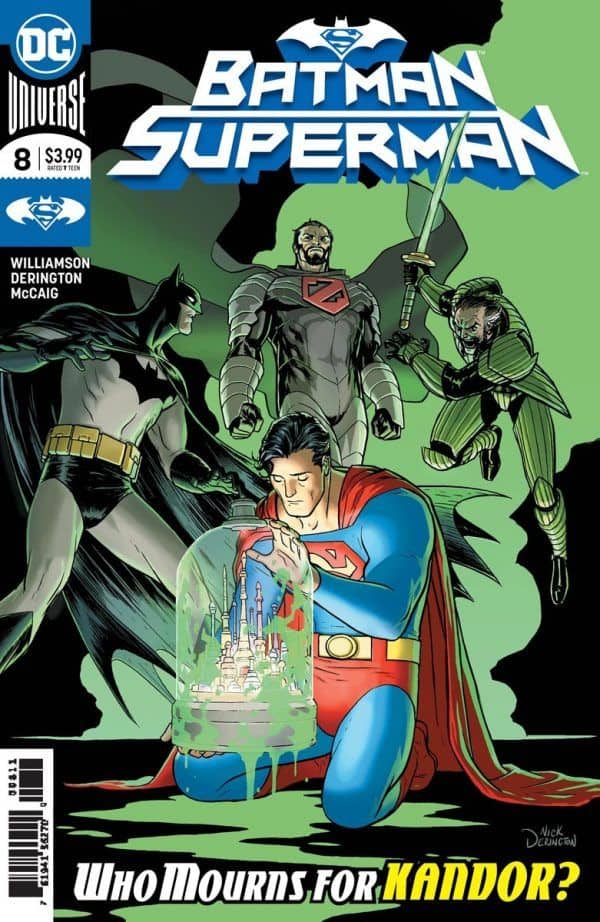 …It’s Not As Lop-Sided As You’d Think! 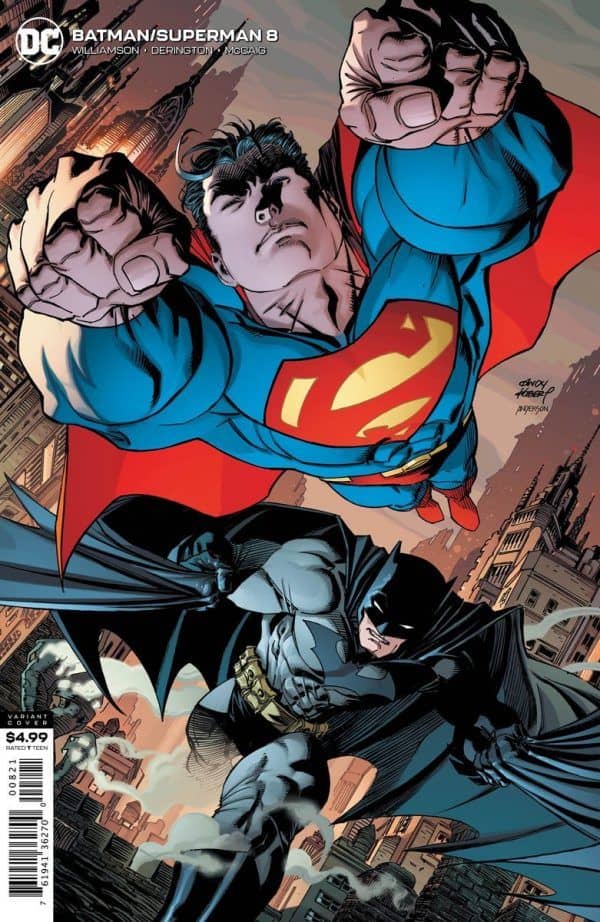 General Zod has used Ra’s Al Ghul’s Lazarus Pit without permission to bring the dead Kryptonians of Kandor back to life! 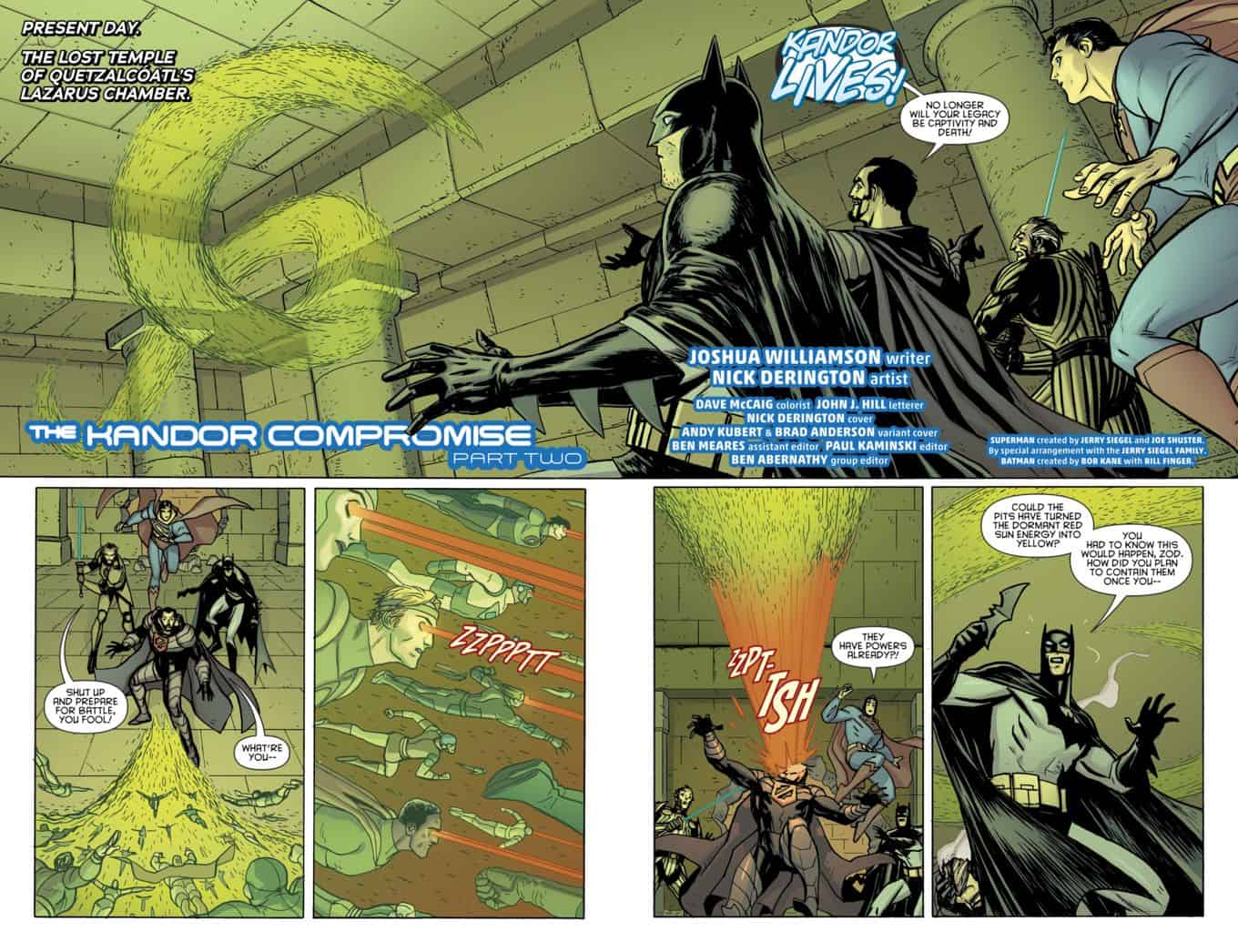 Zod was appalled that after Rogol Zaar seemingly killed the Bottle of City of Kandor, Superman did nothing; so Zod acted. 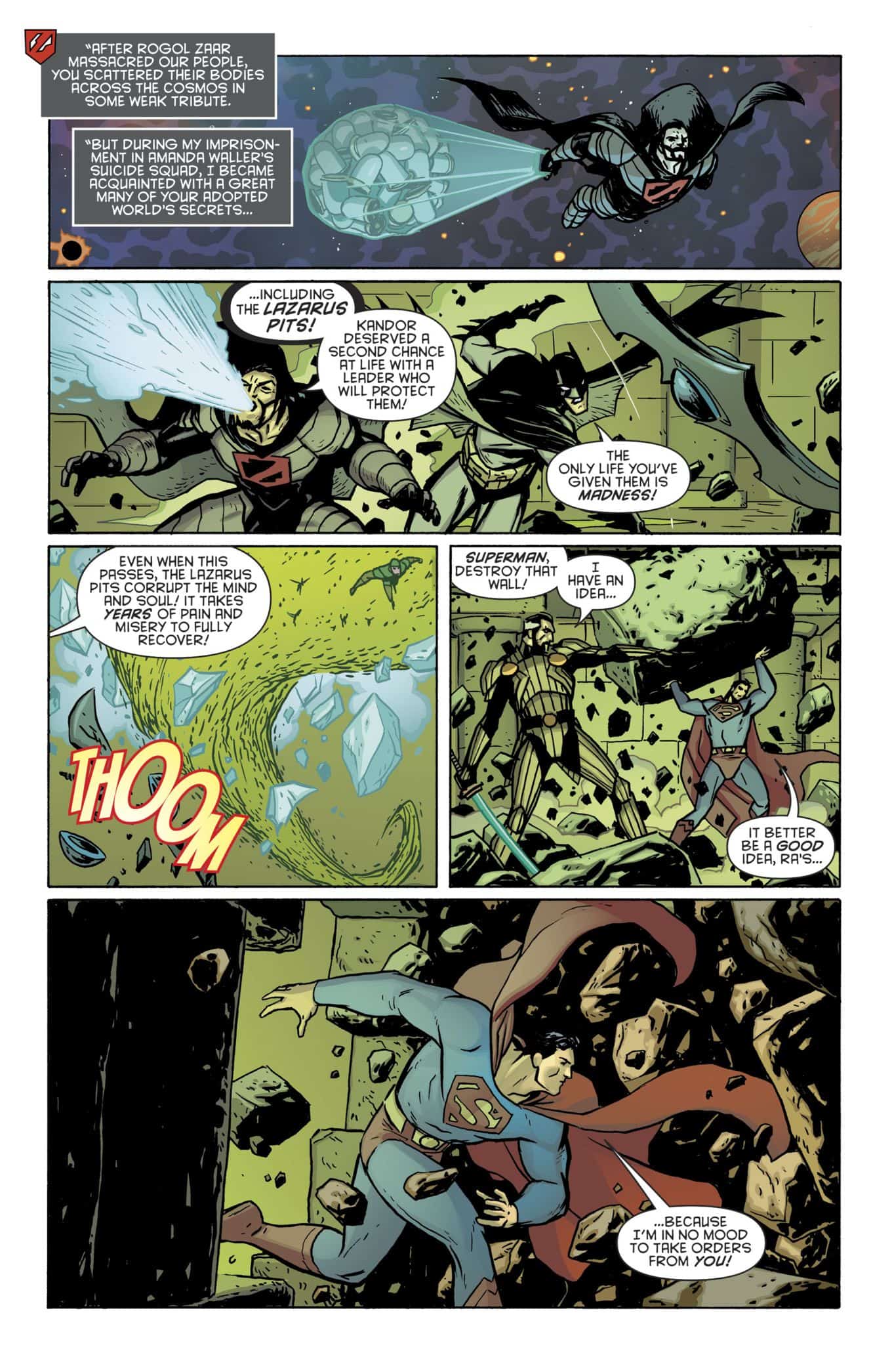 Ra’s Al Ghul weakens Superman, Zod and the Kandorians with a blast that mimics a Red Sun instantaneously and saps their yellow sun powers temporarily; Batman will have no part of genocide. 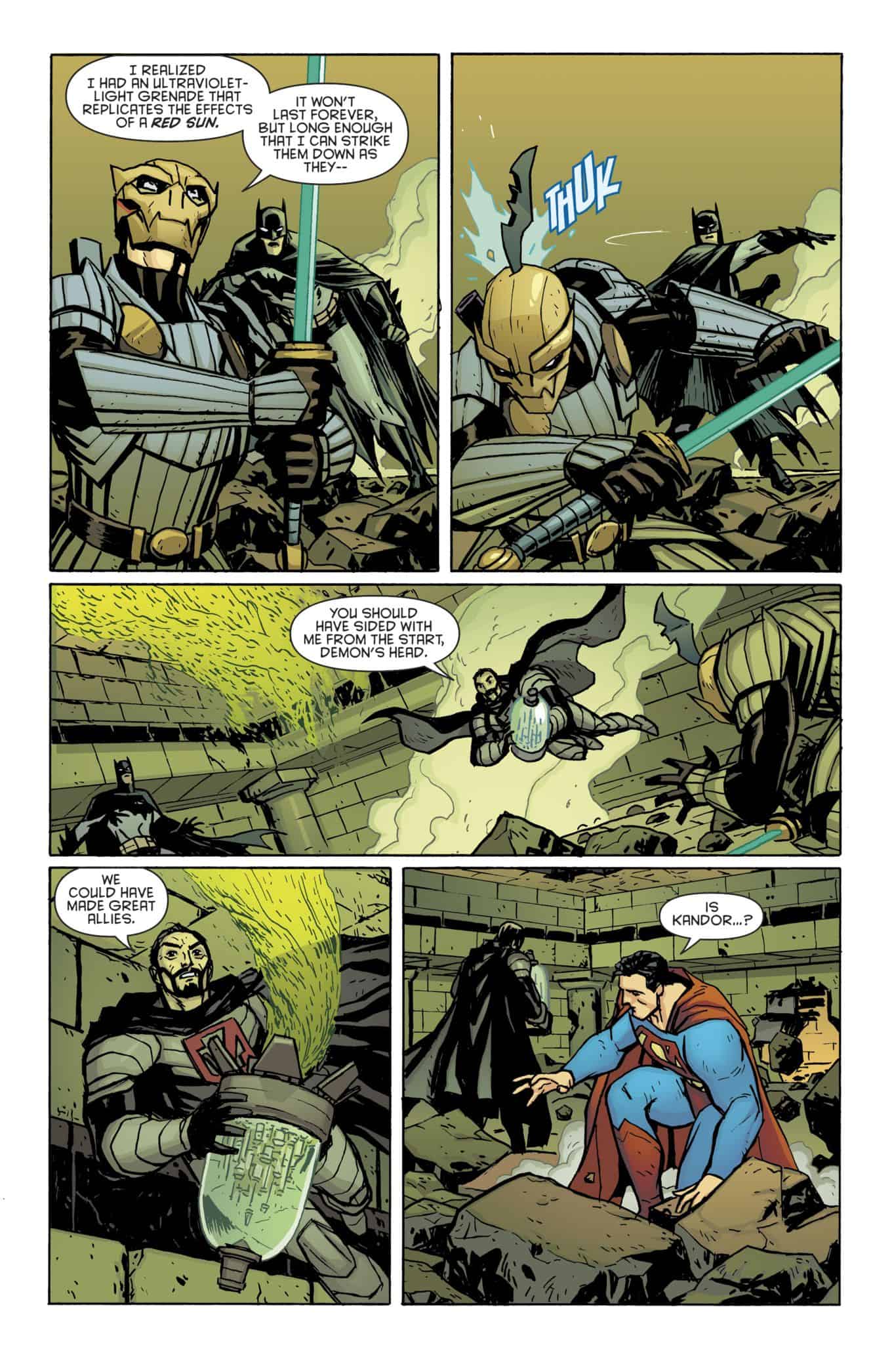 Zod marvels in resurrecting the Kandorians… 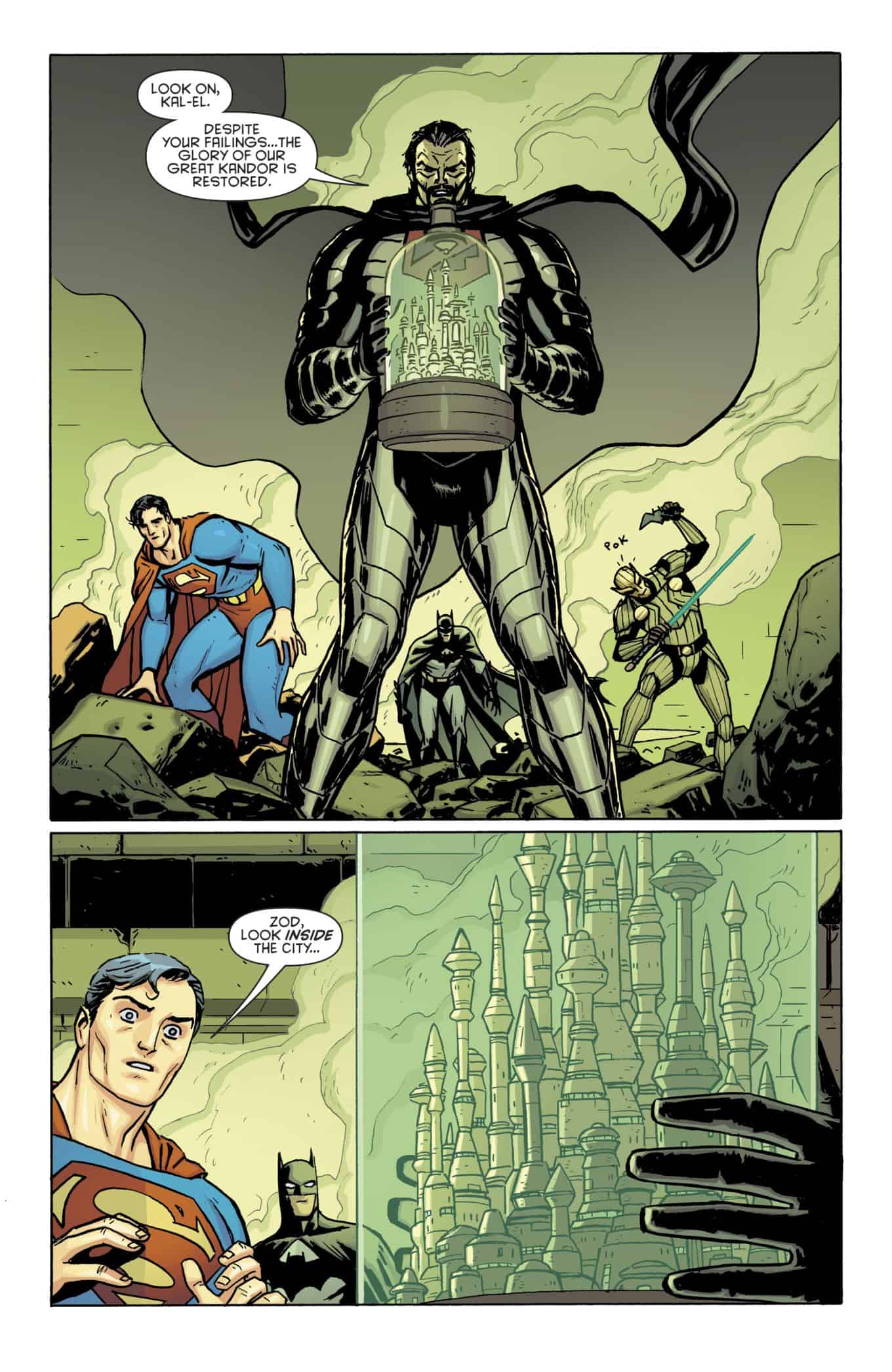 …but they’re still crazed from the effects of the Lazarus Pit. 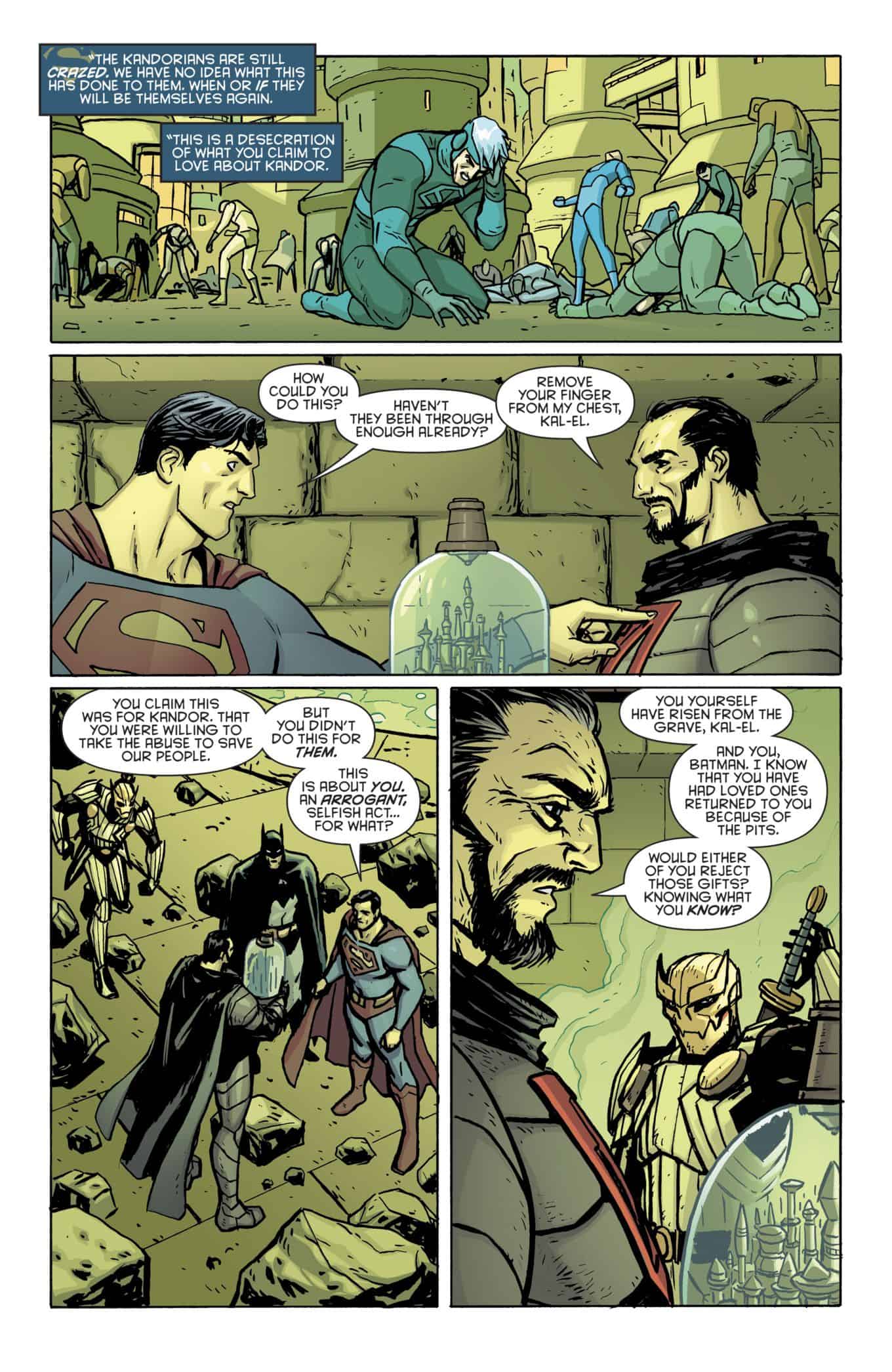 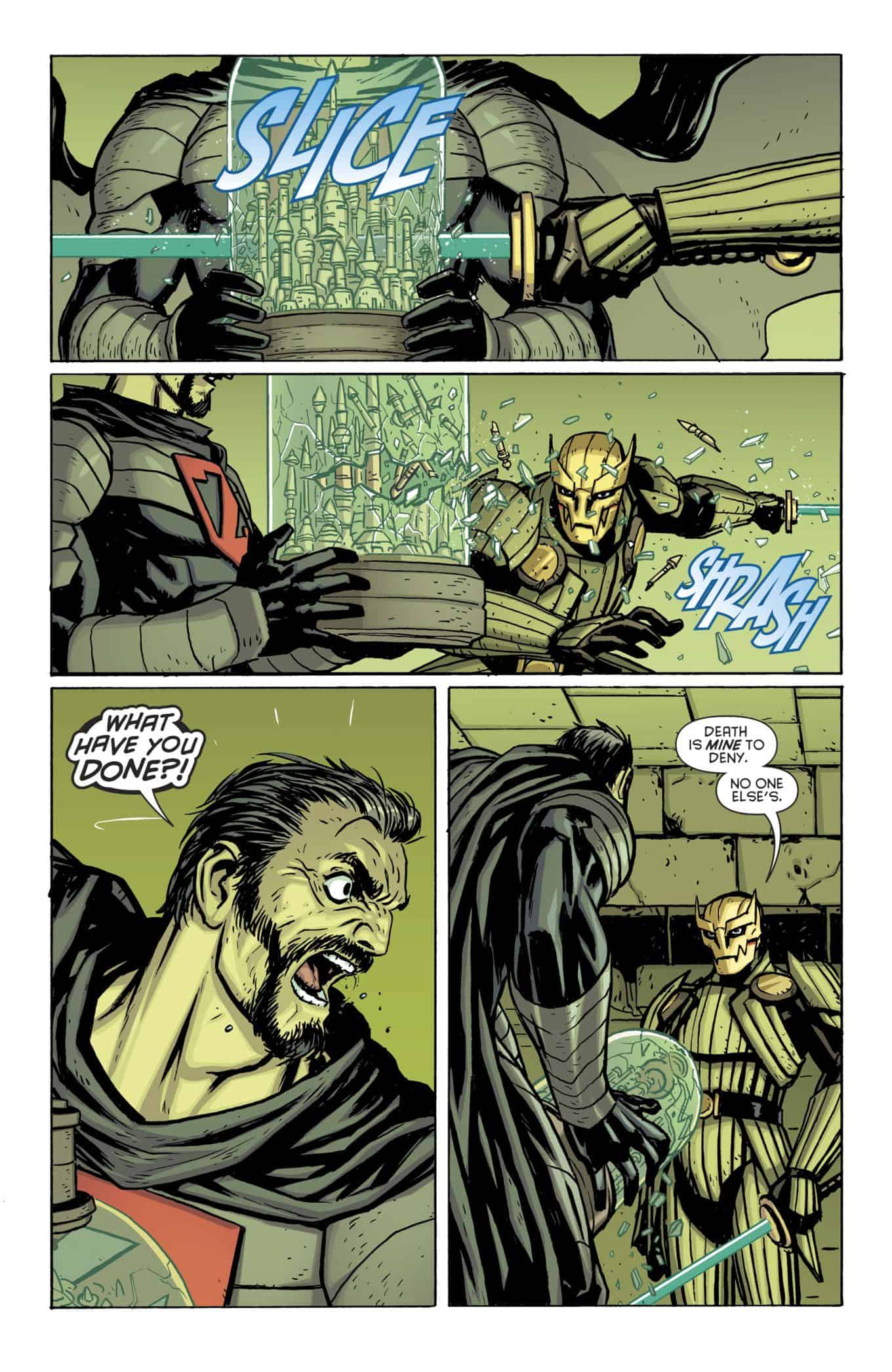 …eliciting Zod’s wrath and a battle that was more competitive than expected, but… 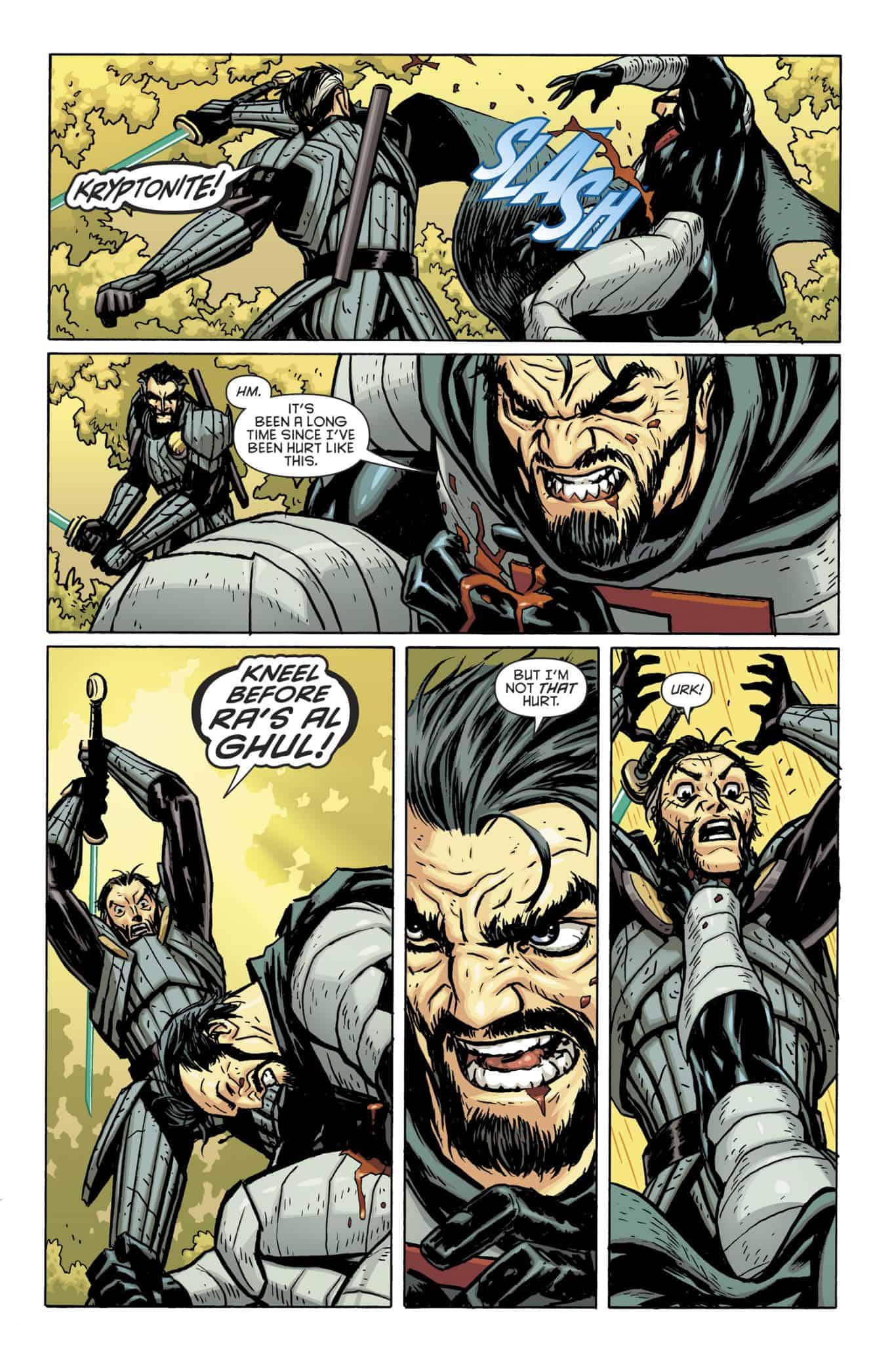 …whose outcome was pre-ordained. 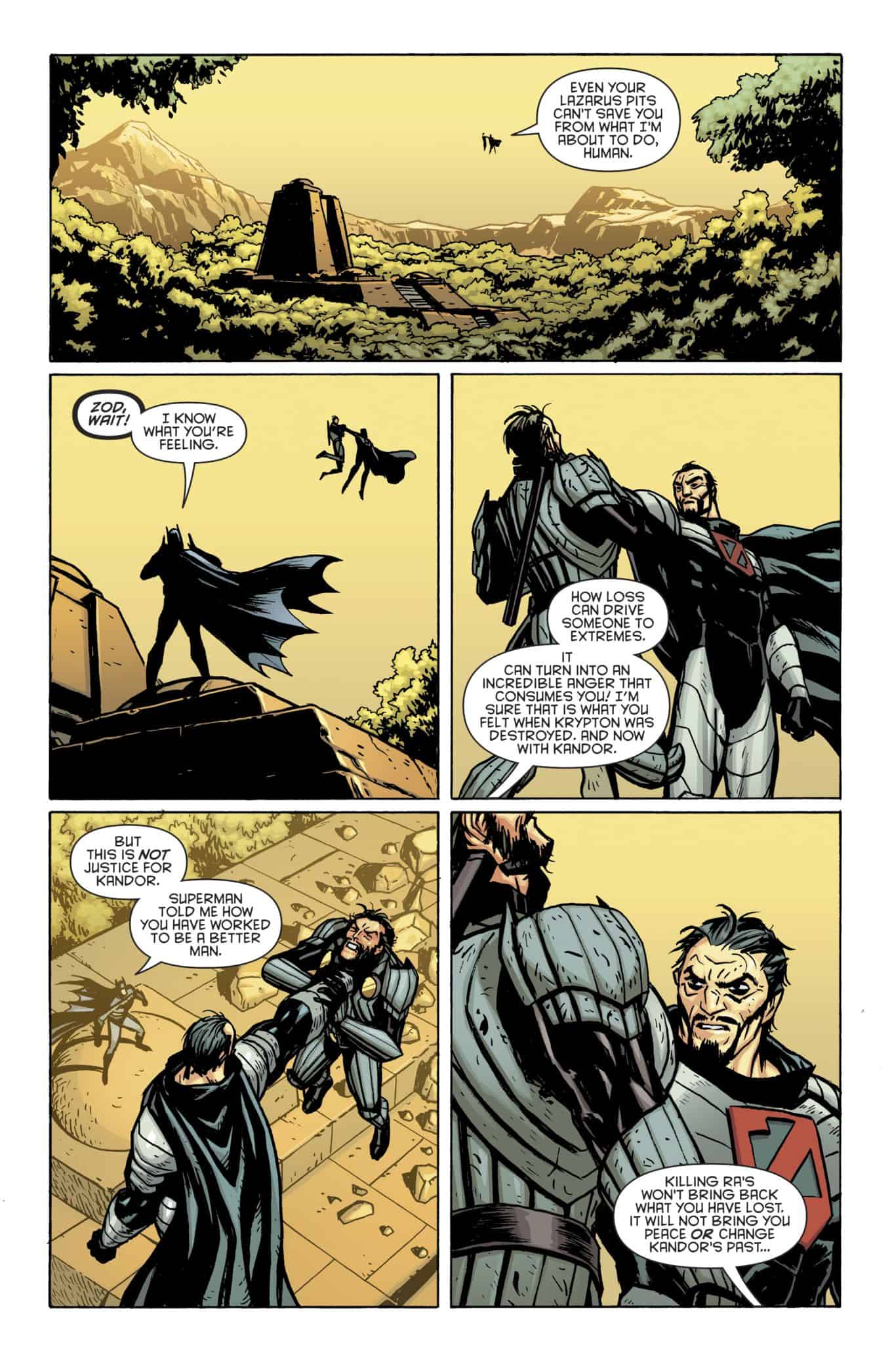 The book ends with Superman saving the Kandorians, but due to their crazed states he puts them in stasis; a coma of sorts between life and death. 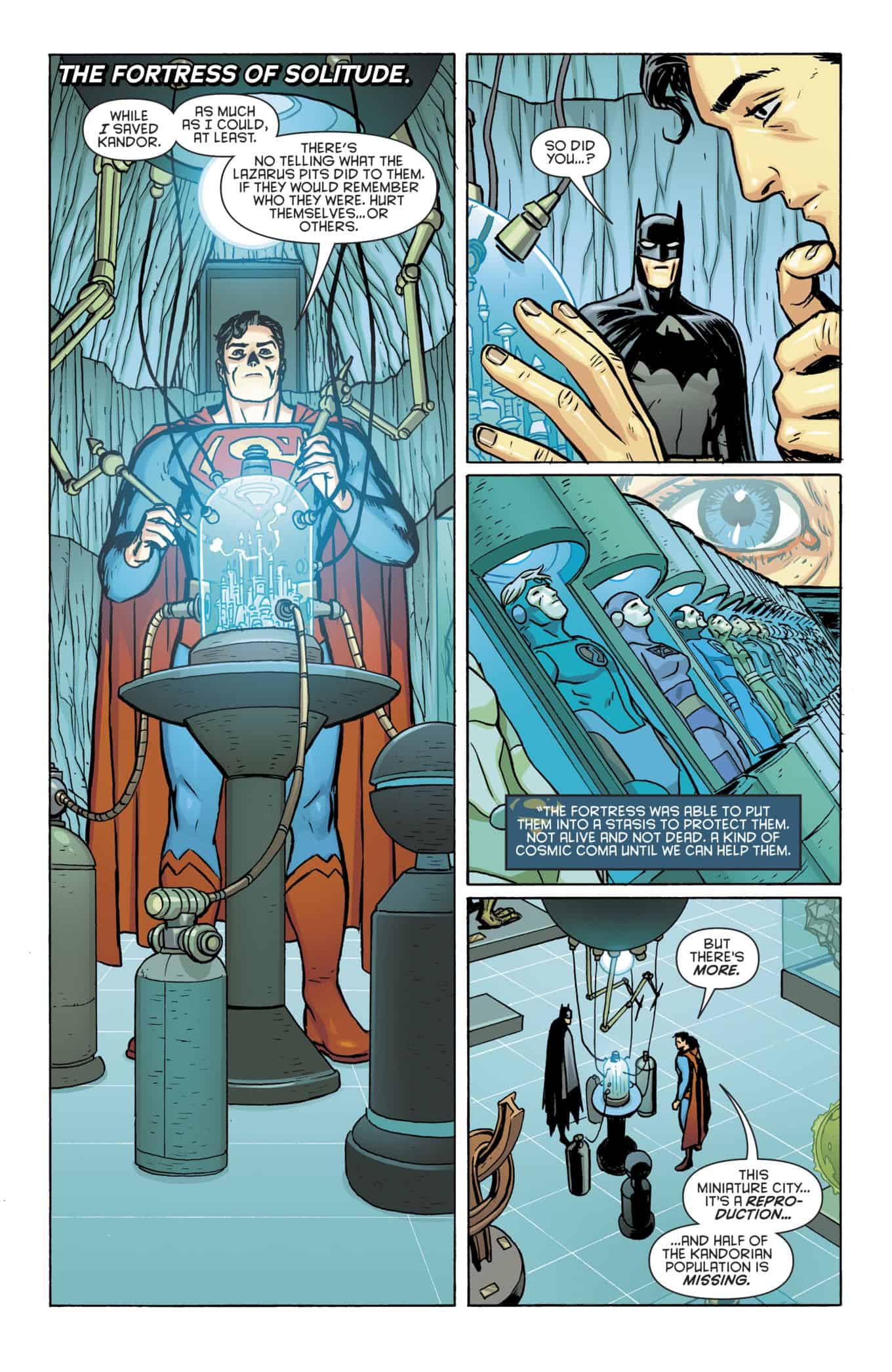 However, the Kandorians we met in this issue were just half the population; the House of Zod has the rest in a different Bottle City. 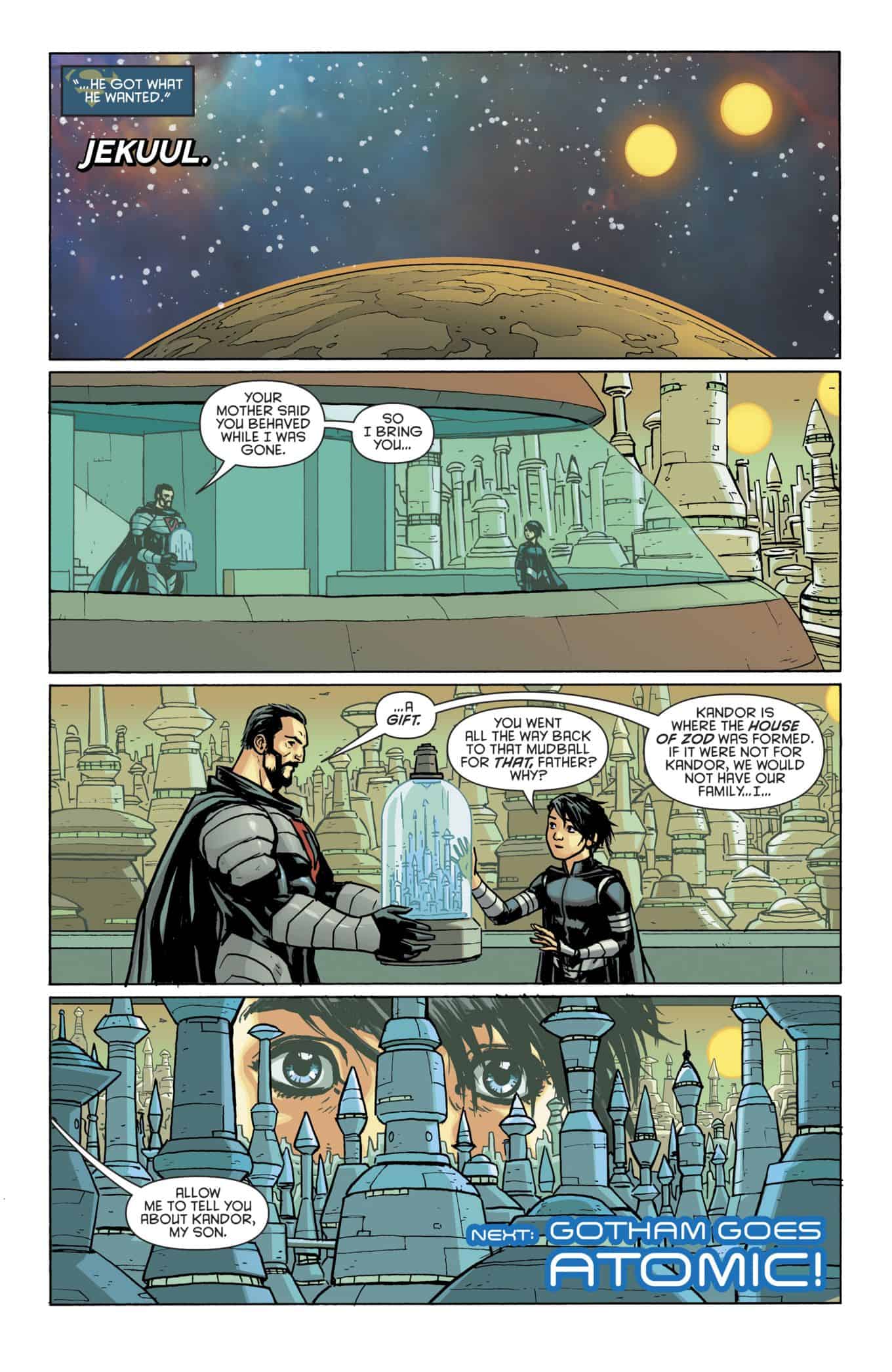 A fun issue with compelling action and match-up plus intrigue and drama. Great art. 9 out of 10.