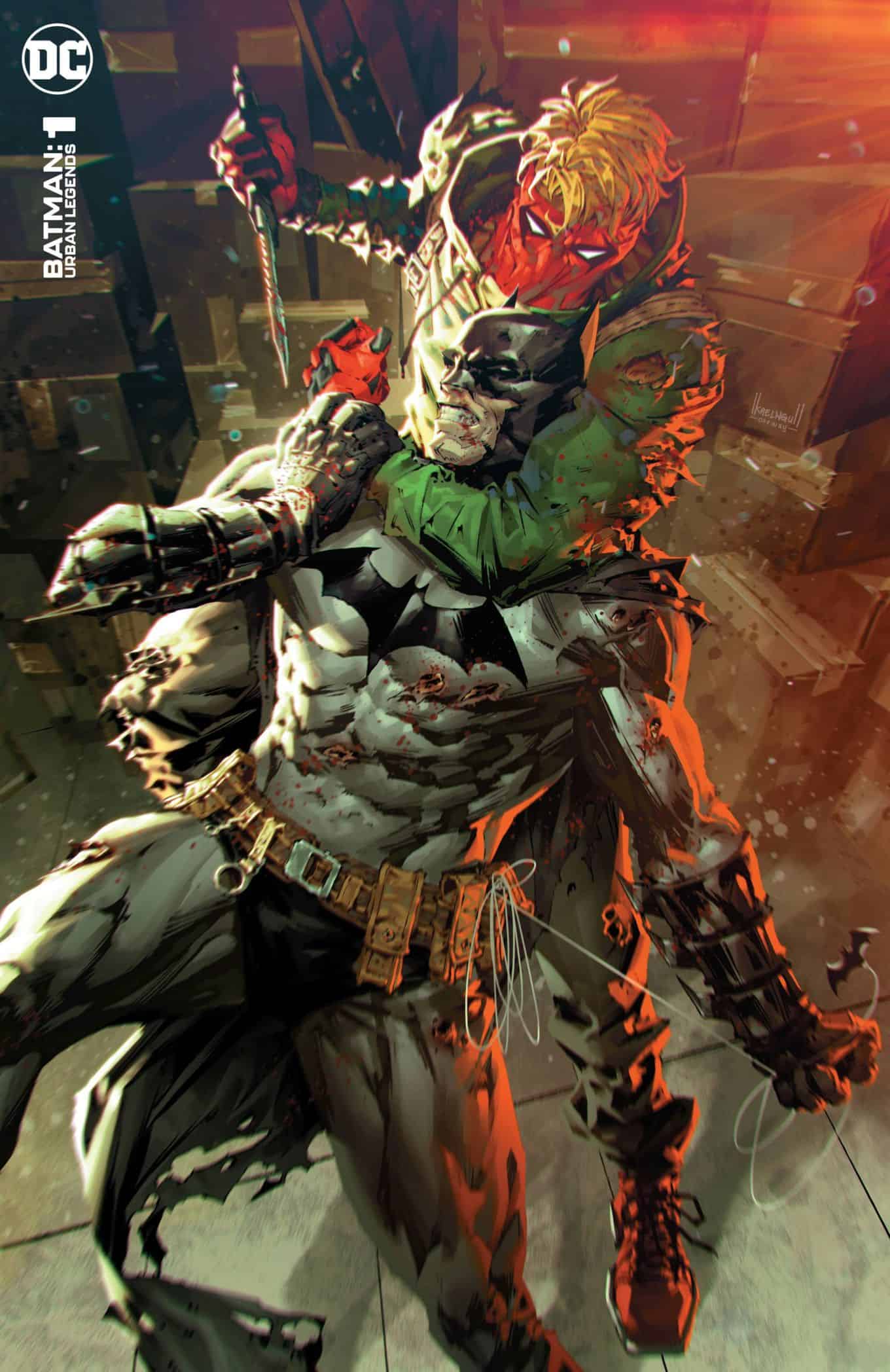 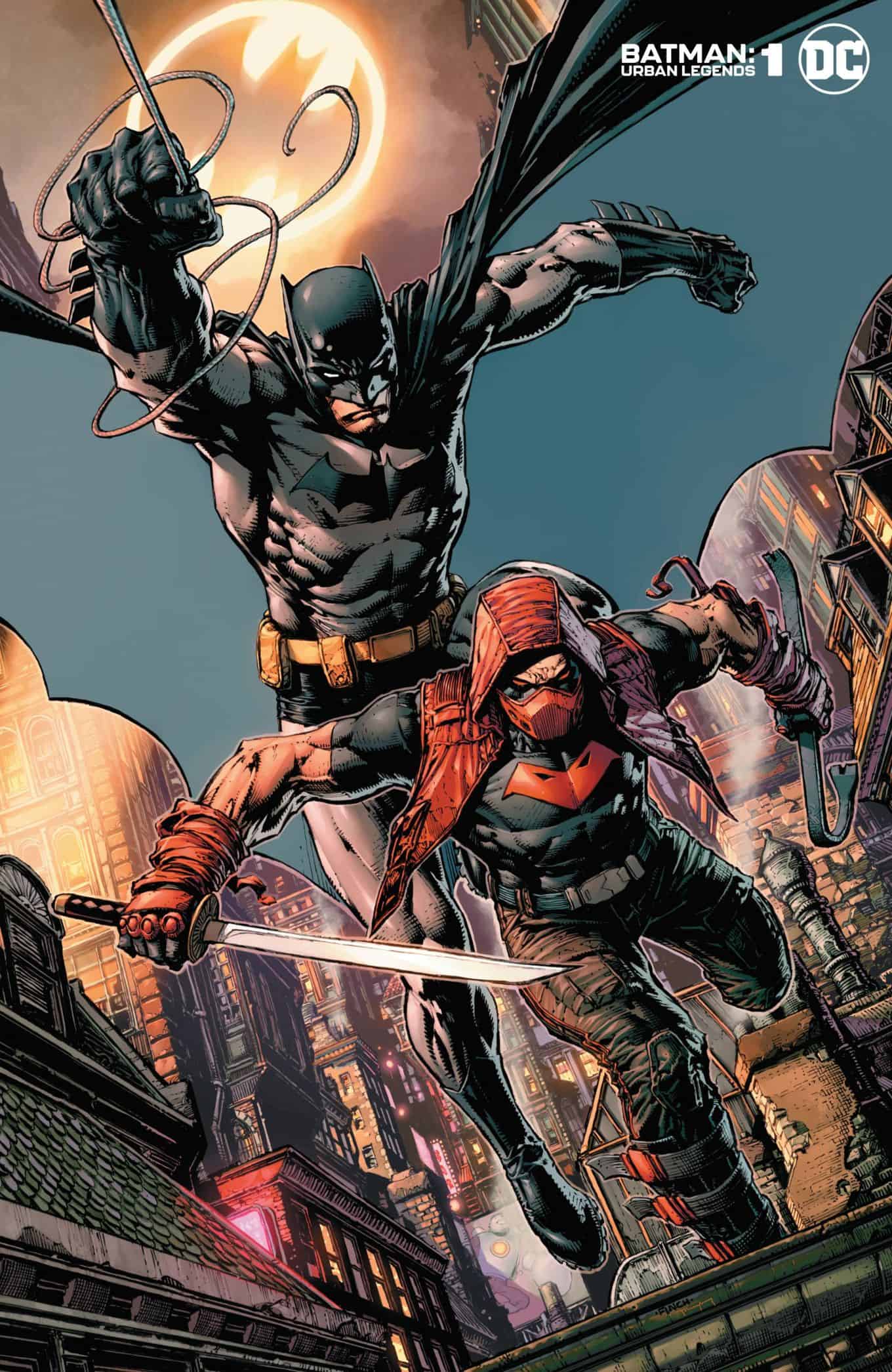 Plus Harley Quinn and Outsiders! 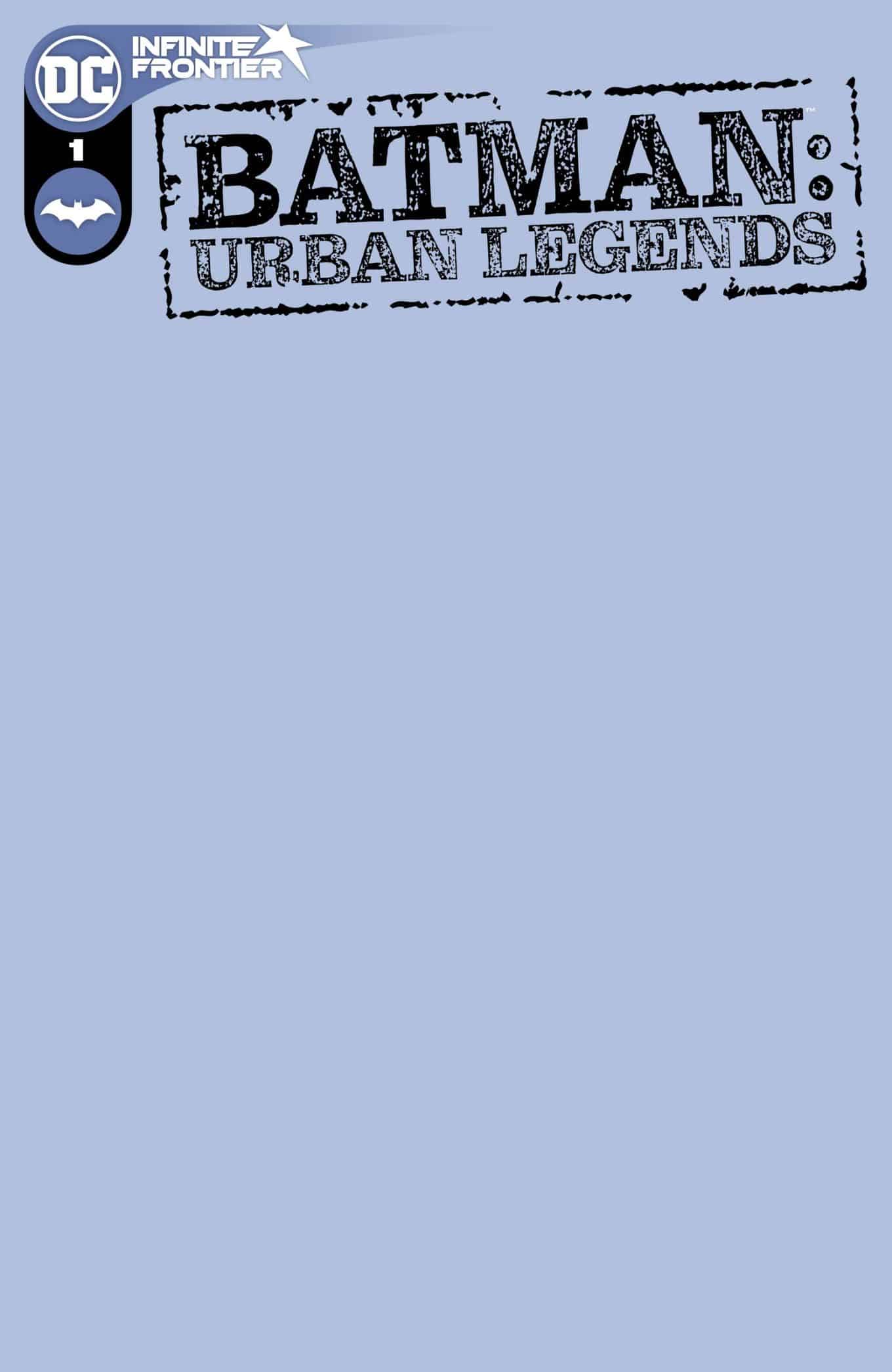 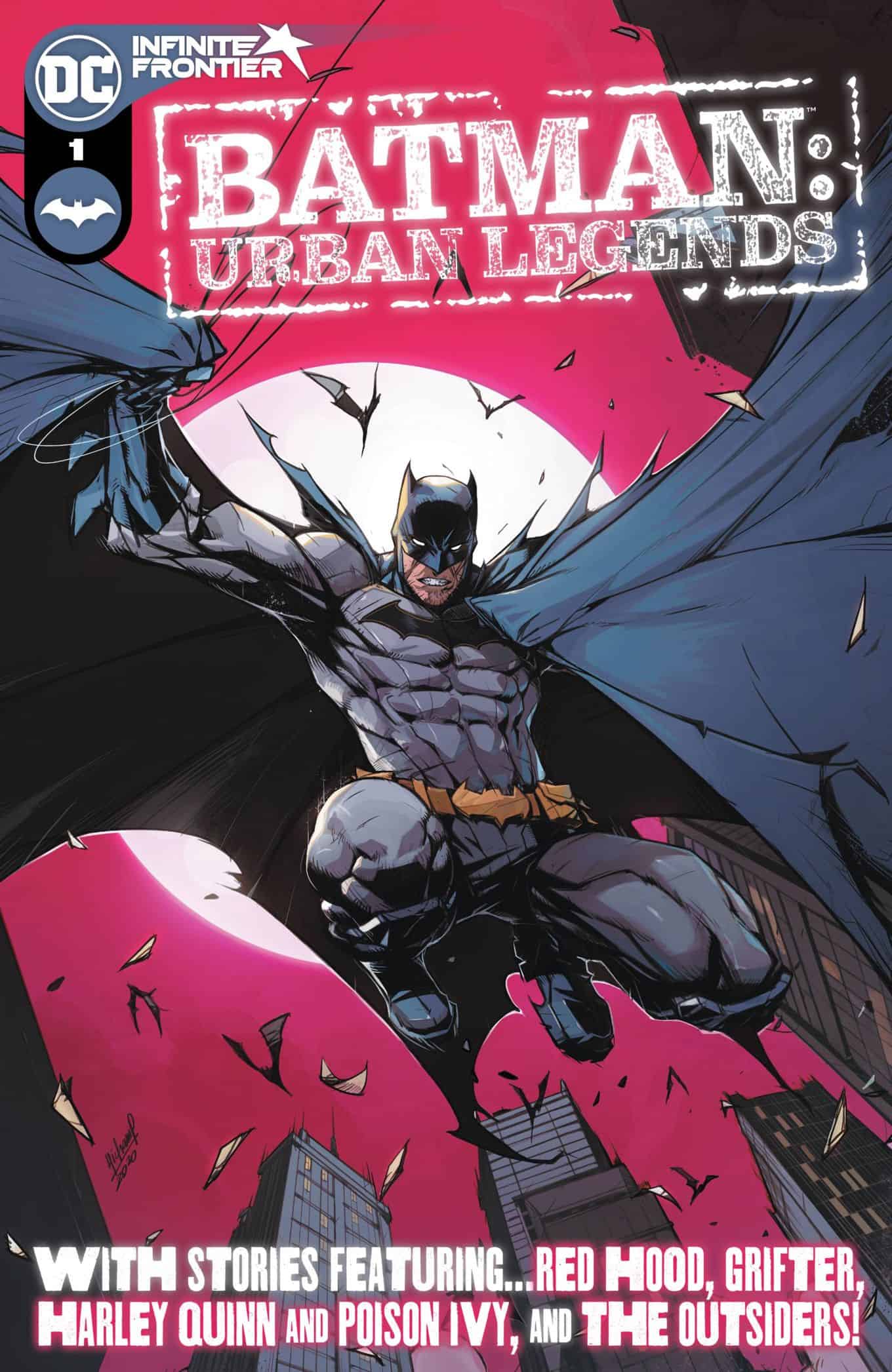 As does the index / table of contents. 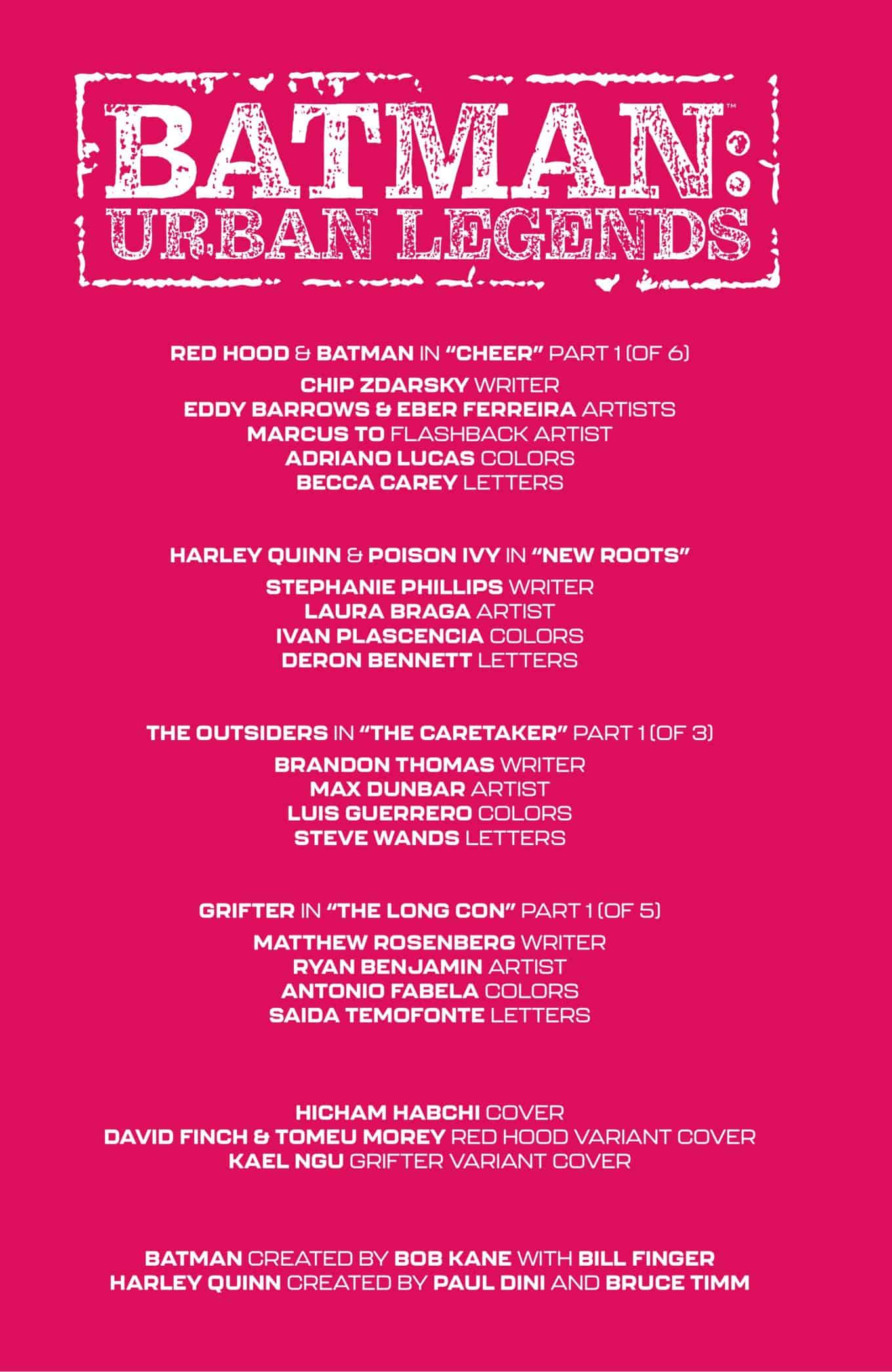 The opening story features Red Hood trying to help a kid whose mom has OD’d or somesuch; there’s a Scarecrow not Joker connection that. 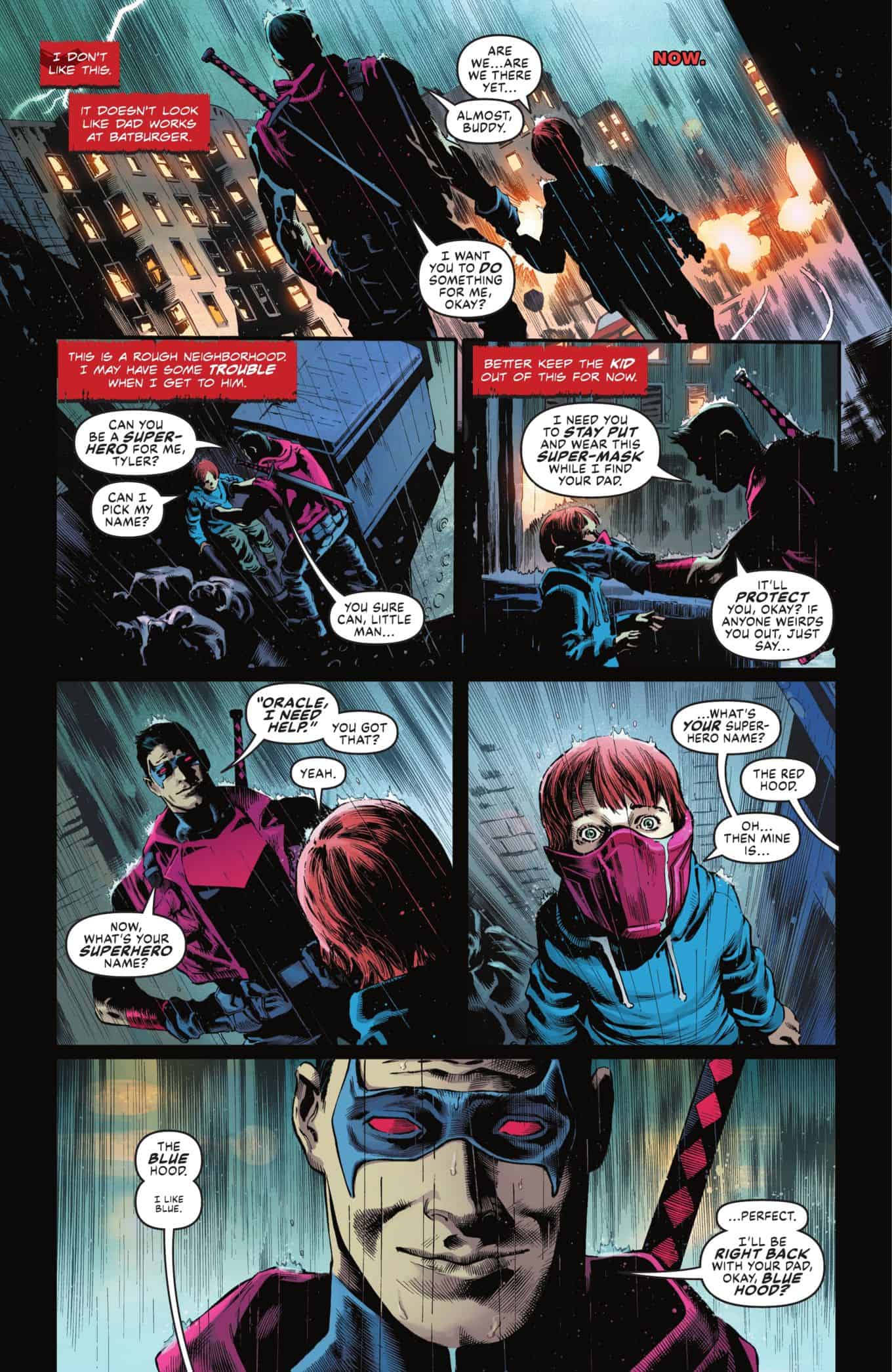 He tracks down the kids dad and the kid becomes his defacto sidekick the blue Hood. 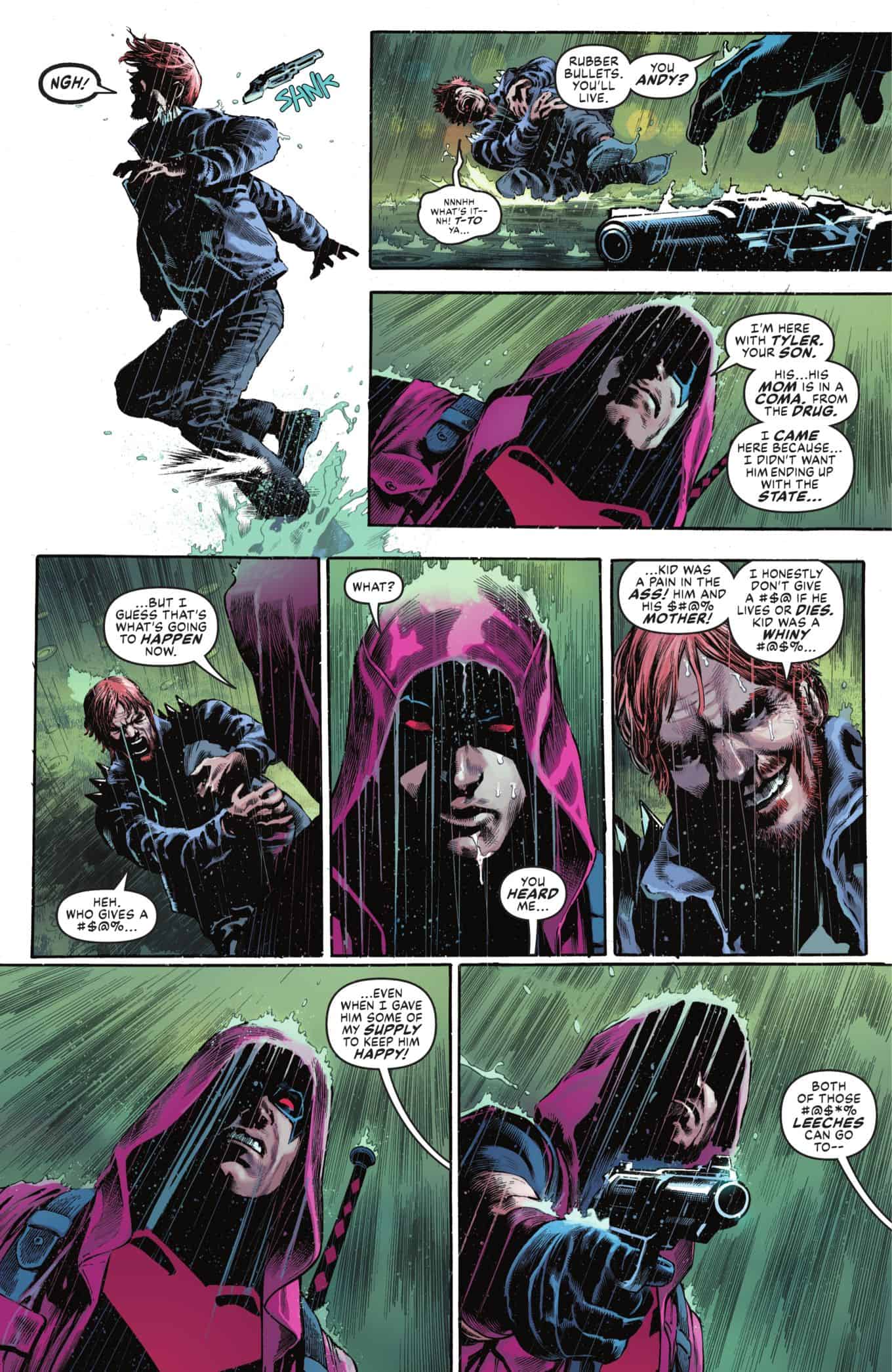 Turns out the dad wants nothing to do with his own son and is quite unflattering to the boy causing the Red Hood to kill him or are those rubber bullets like earlier in the issue. 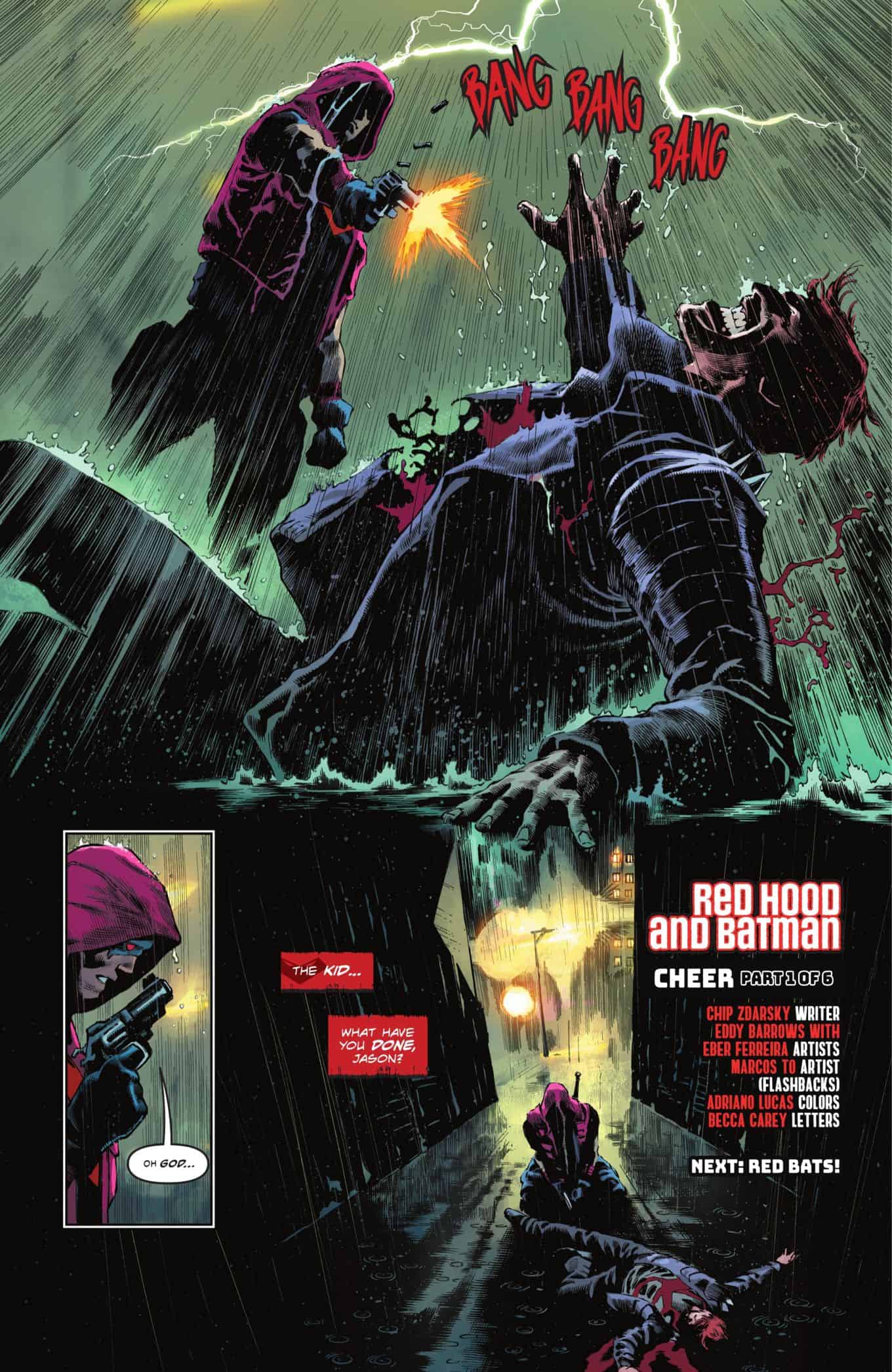 We then have a Harley Quinn tale and… 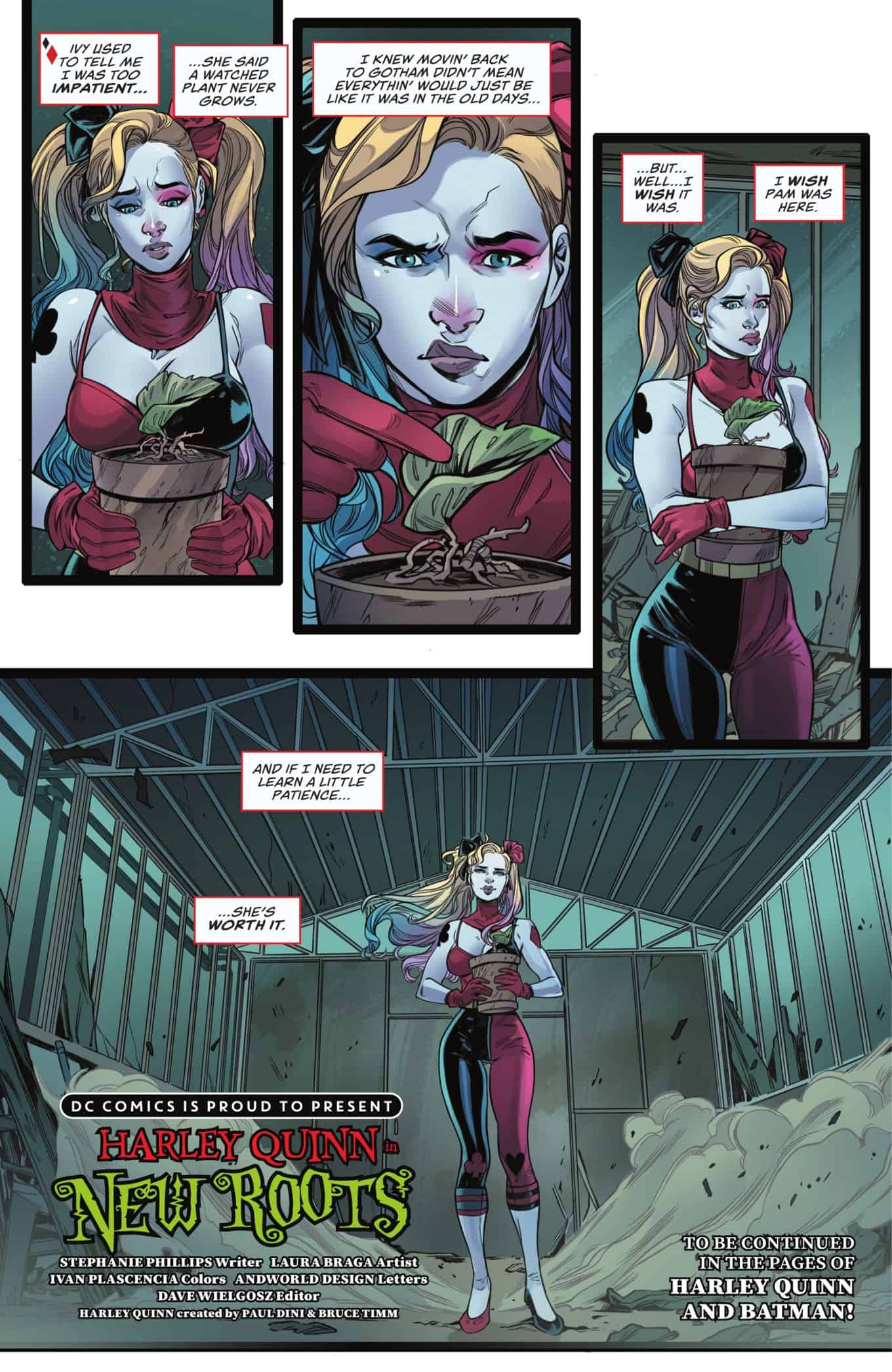 …Outsiders tale that are to continue. 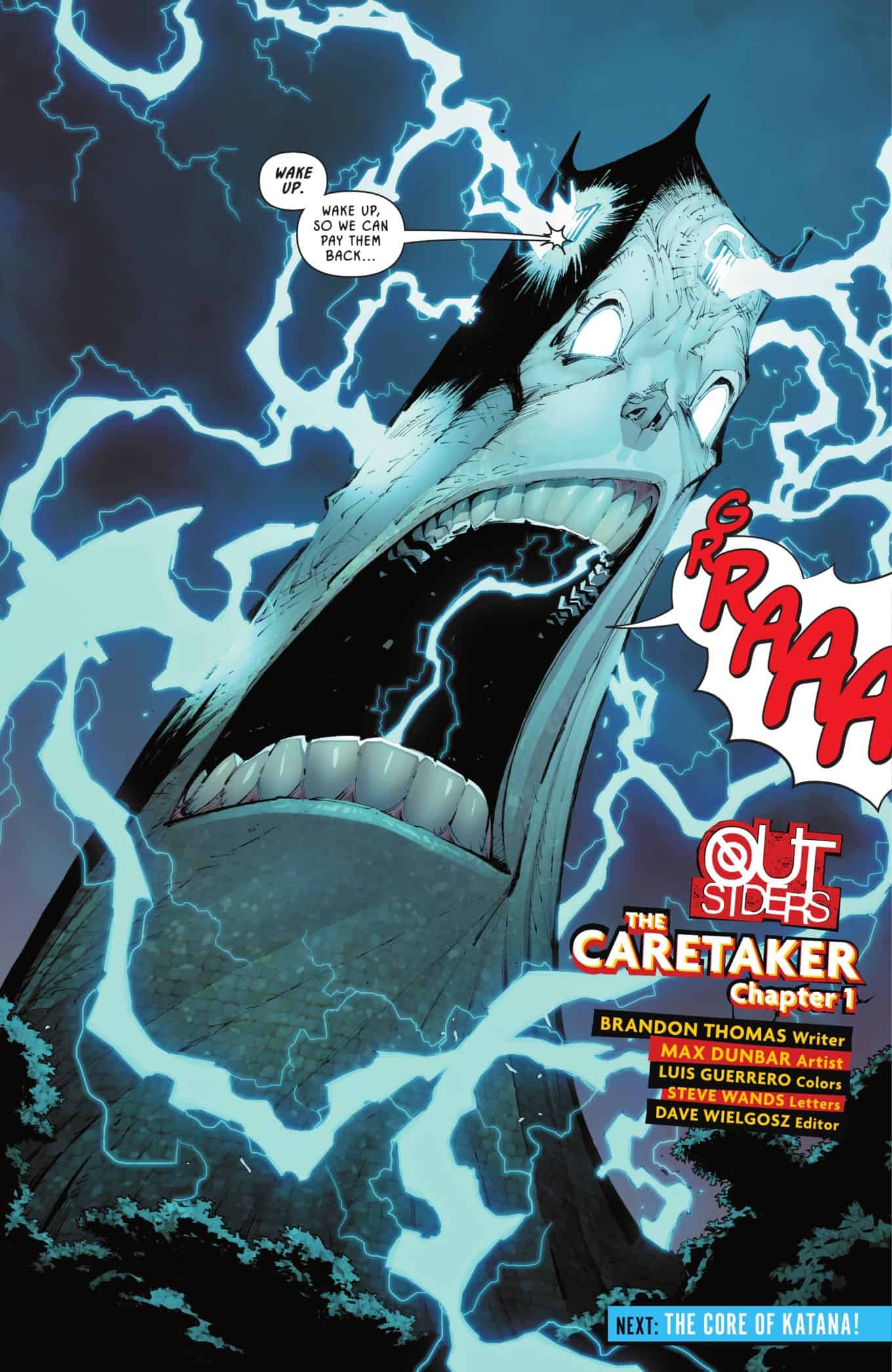 We end on Grifter and… 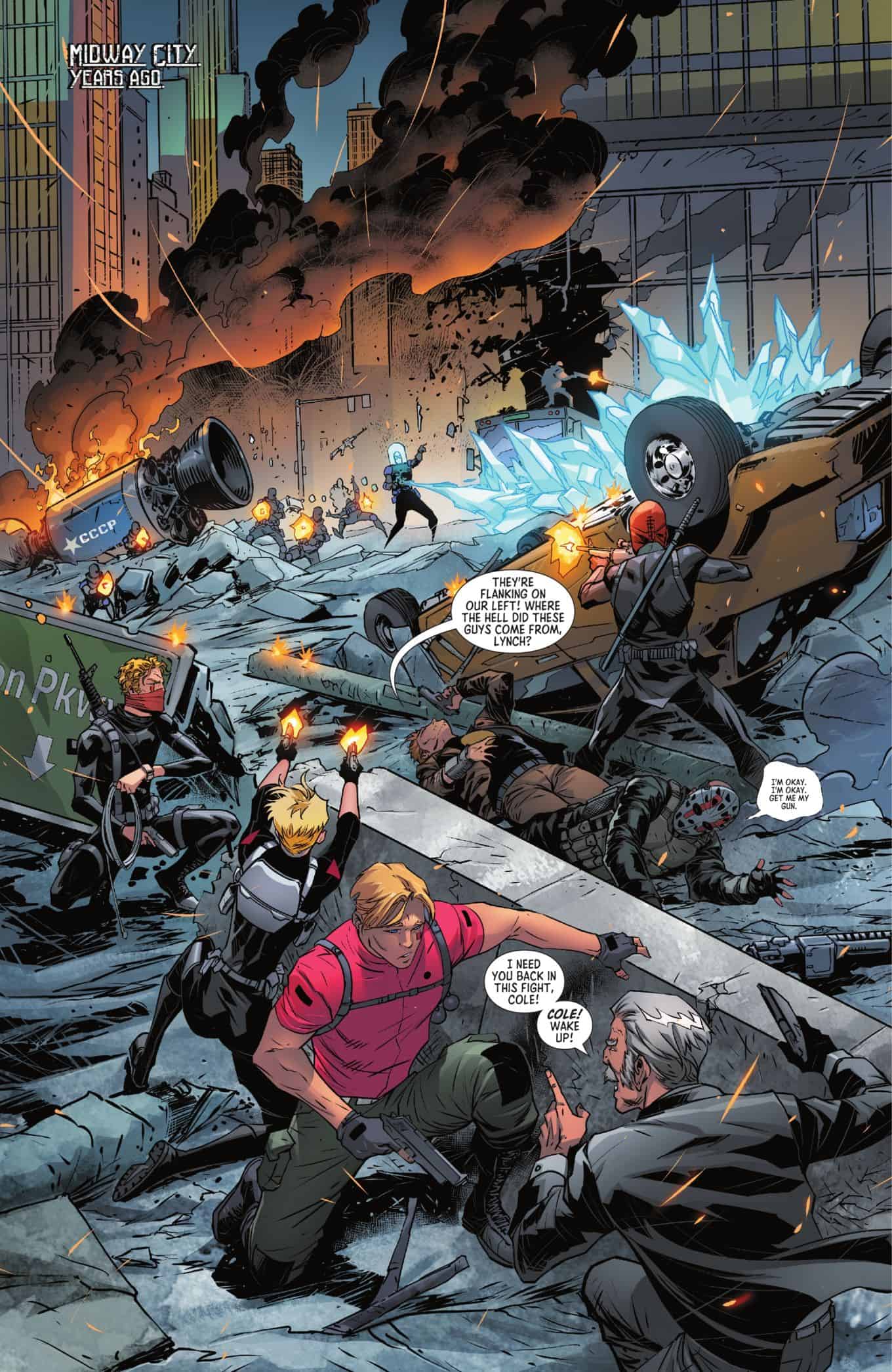 …the debut of more Team 7 characters from WildStorm in a flashback. 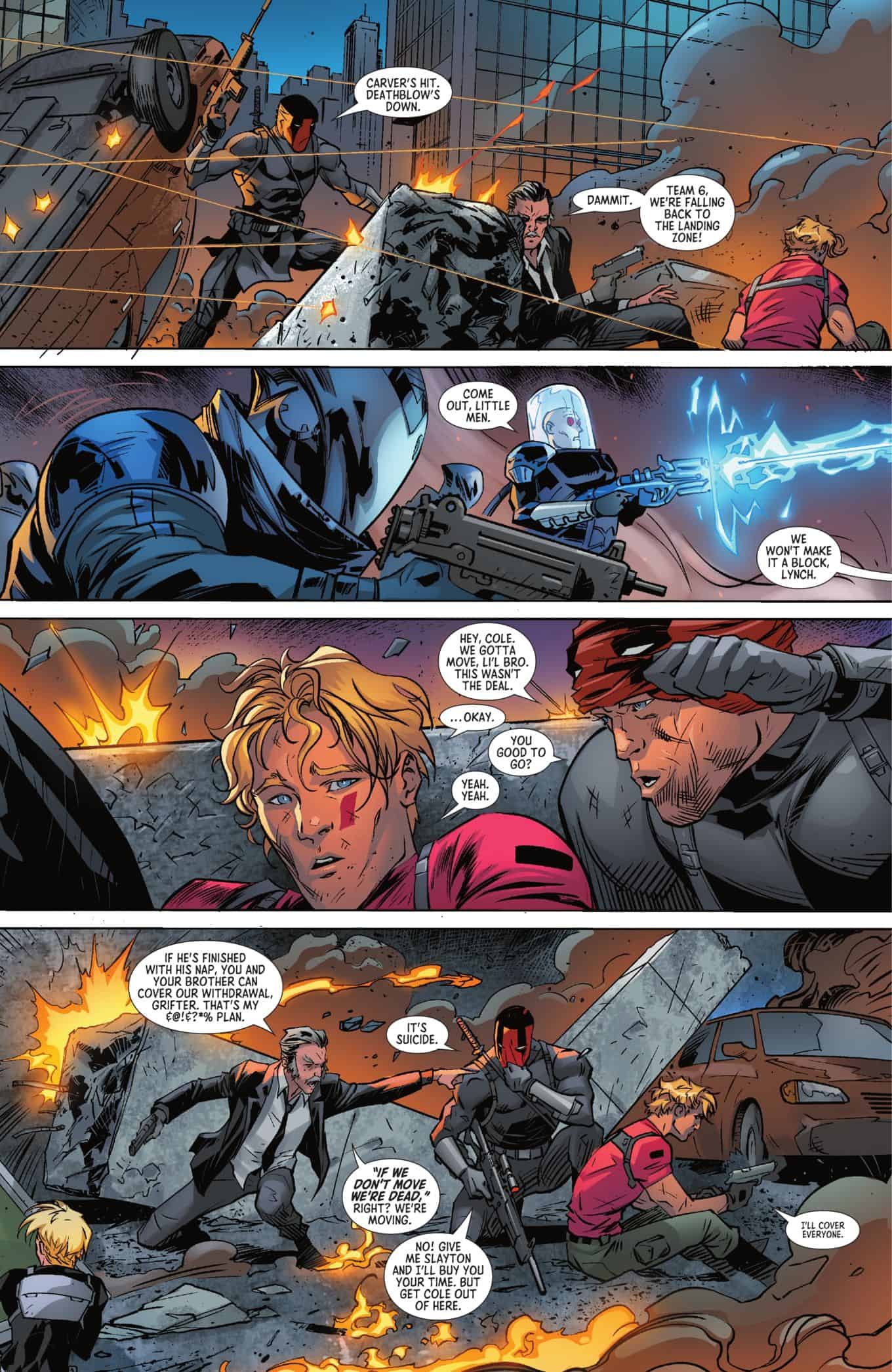 In modern day Grifter and his alter ego Cole Cash… 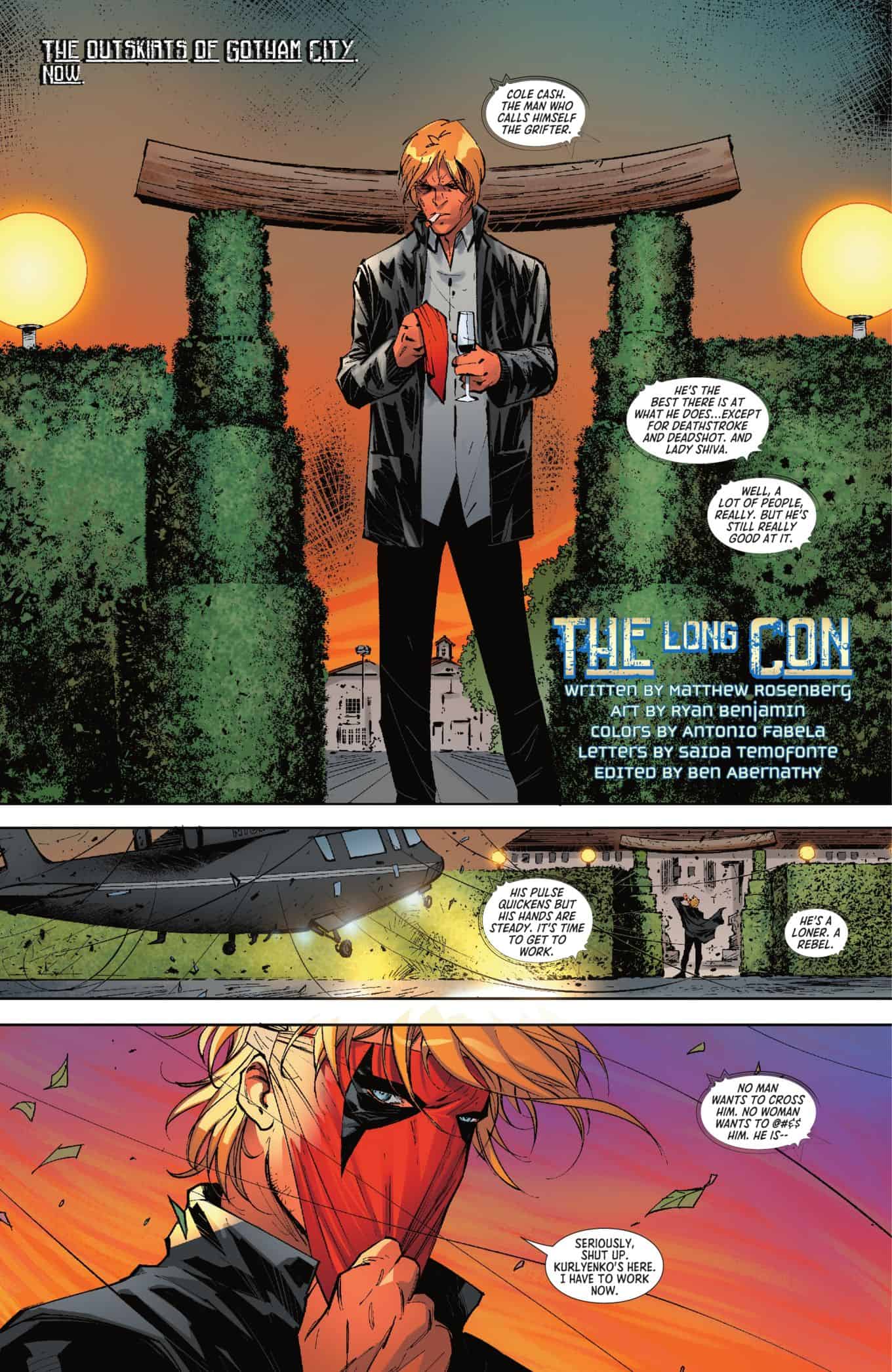 …continue to employed by Lucius Fox. 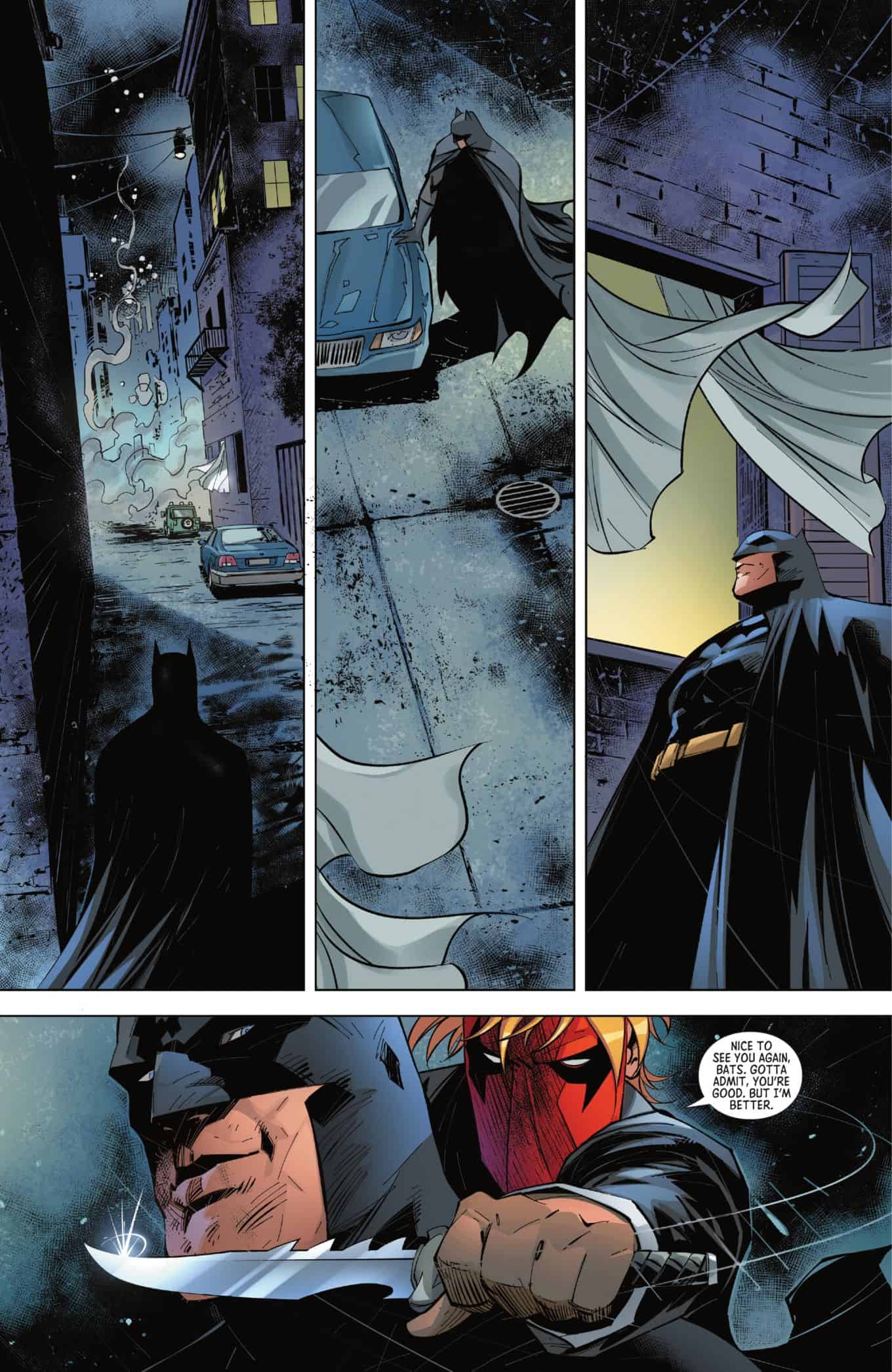 There’s even a few pages of Batman vs. Grifter ending in a stalemate. 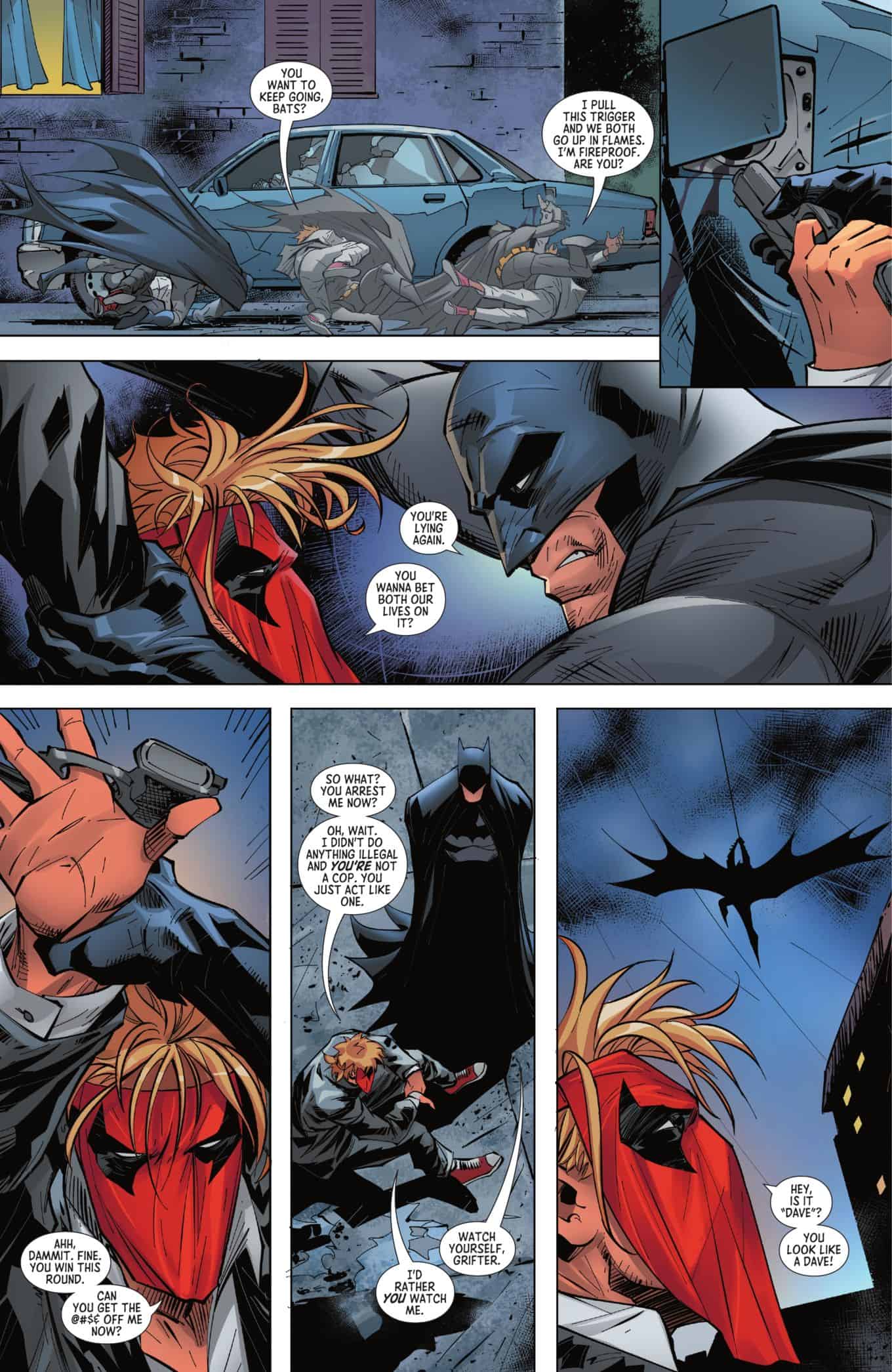 The book begins to end with Grifter seemingly breaking into a secure of Wayne Enterprises that Lucius Fox runs; a betrayal for the Halo Corporation’s Jacob Marlowe perhaps? 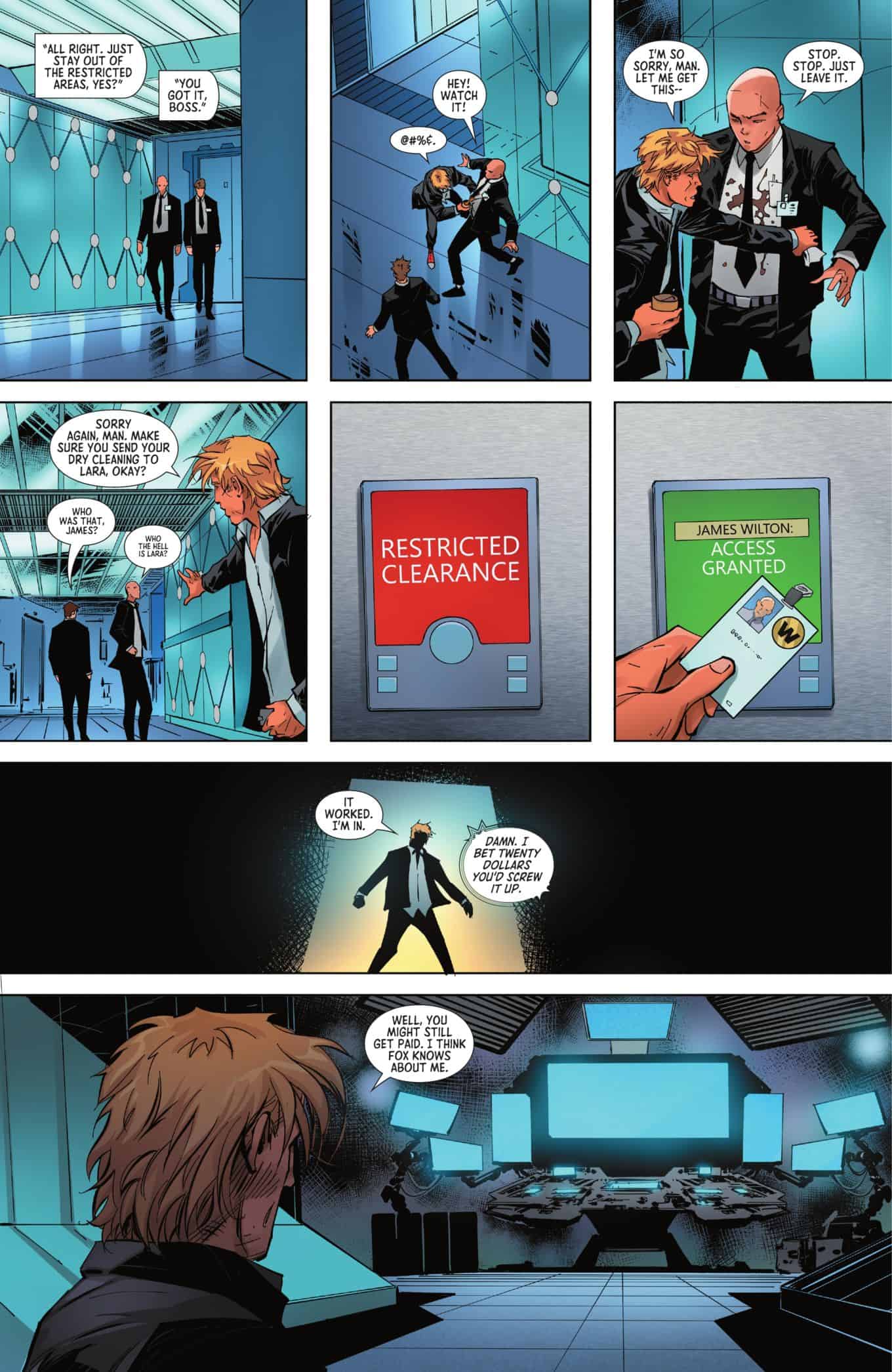 The book actually ends on Grifter being framed for the death of Mrs. Freeze who he “met” along with the Penguin earlier in the issue. 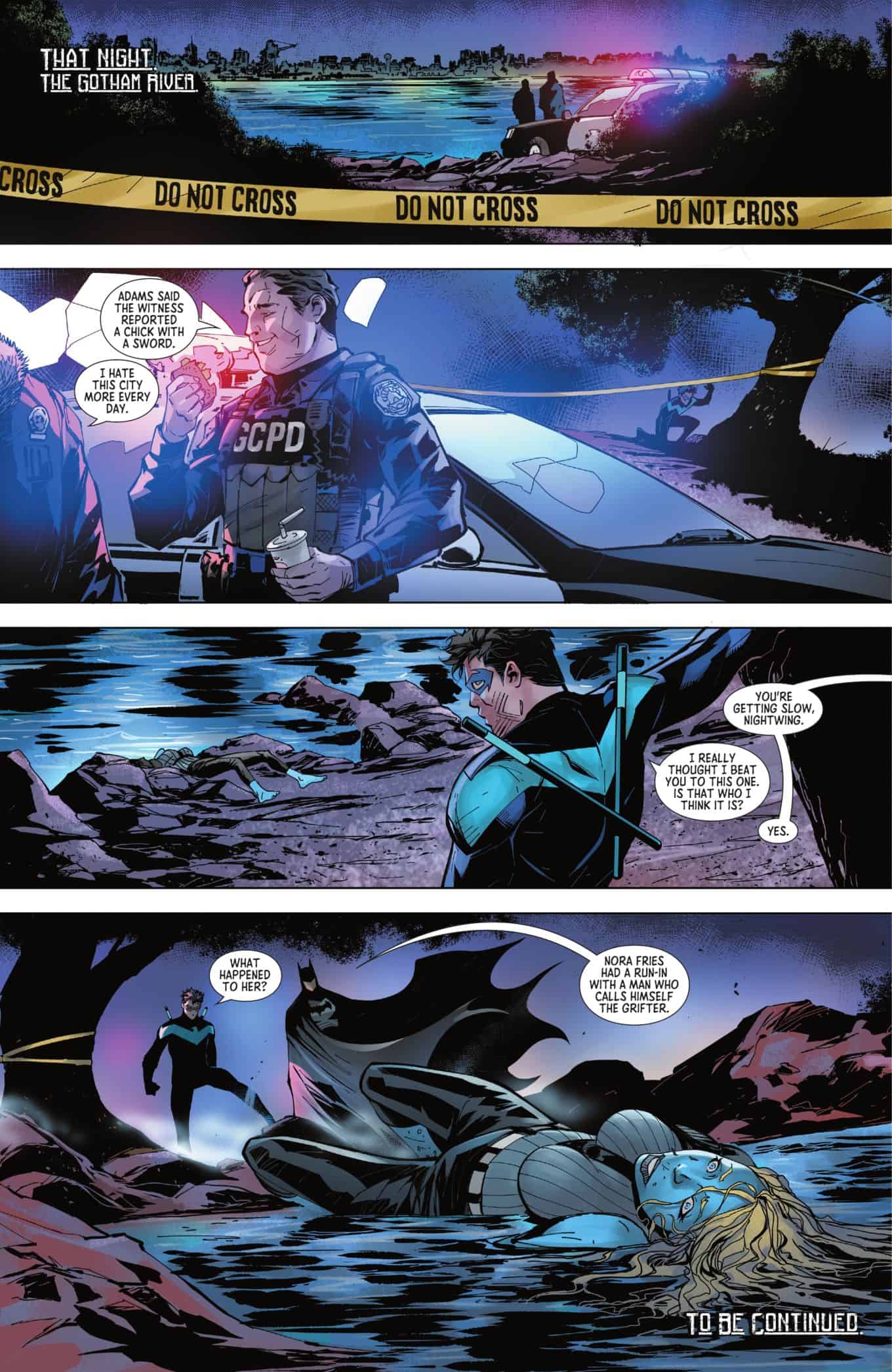 A LOT going on in this over-sized issue. All the stories were entertaining, but my faves were the ending one with Grifter and the opening one with Red Hood. I suspect not all stories will be my cup of tea or yours in this anthology series, but so far the opening and ending stories, for me, were strong. 7 out of 10.