Is Batman A Better Super-Hero Or Detective? You Decide! 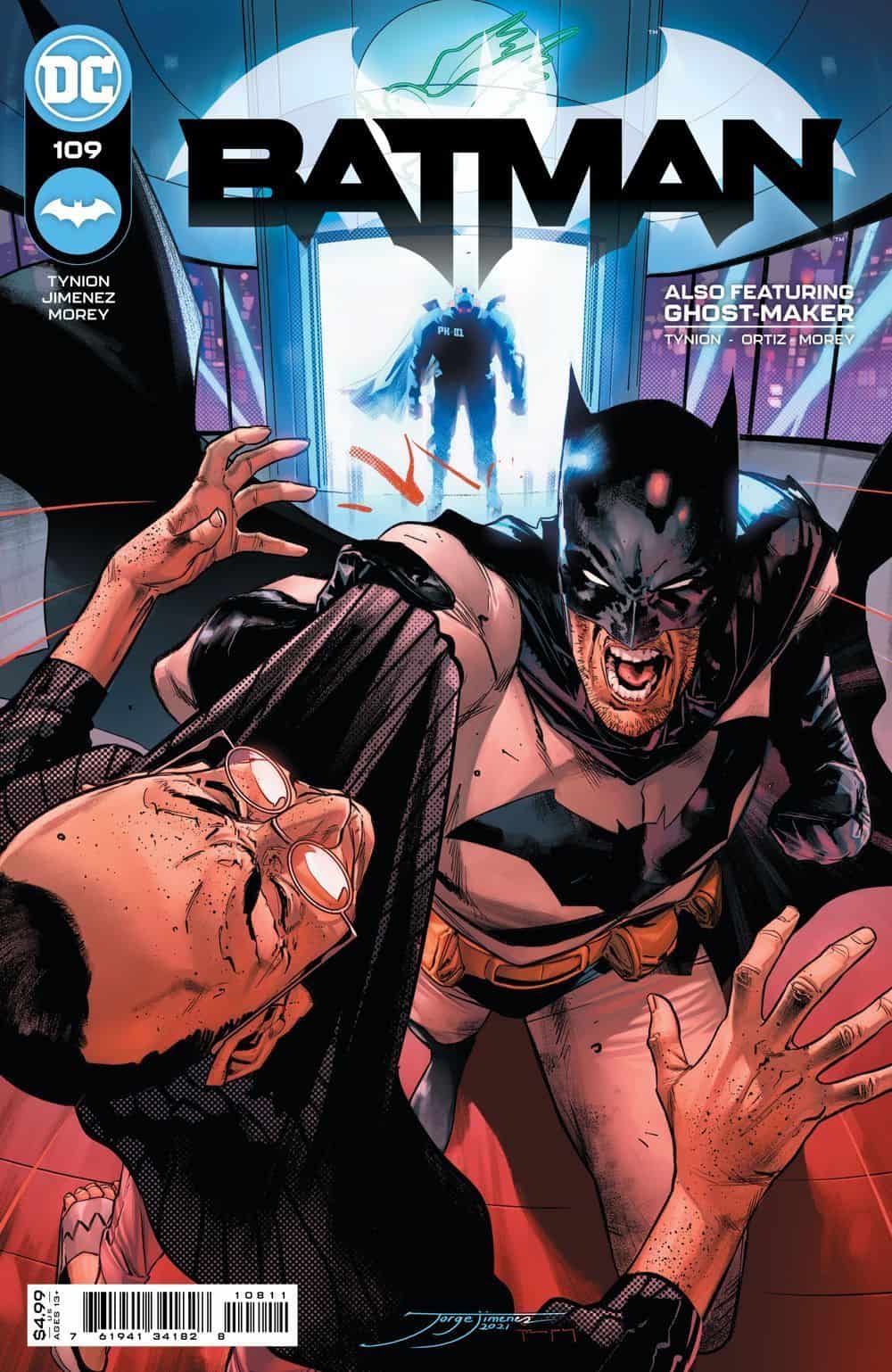 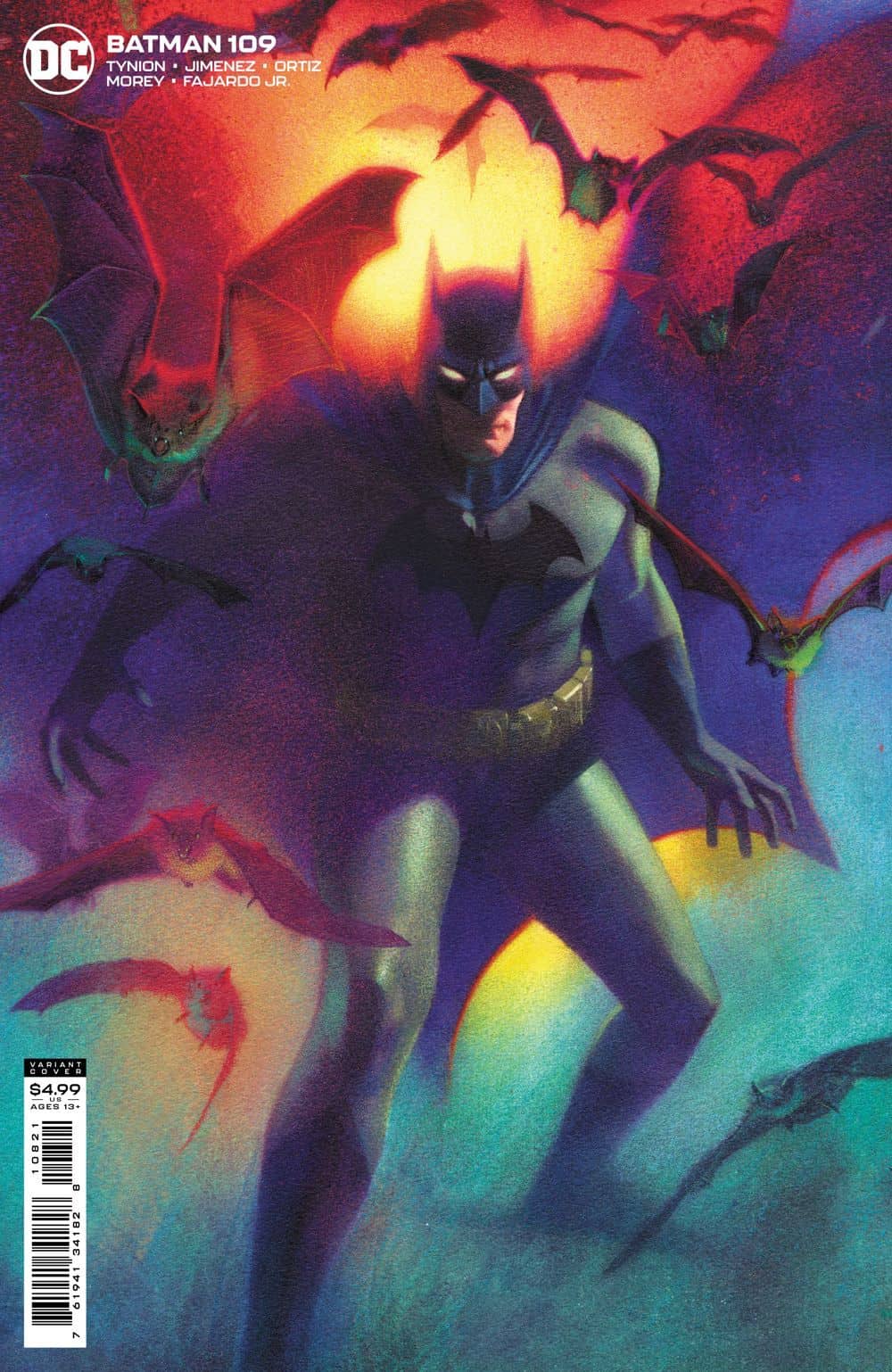 Main Story: Mayor Nakano green-lights the Magistrate pilot program for Gotham City as Batman goes toe-to-toe with the augmented and bloodthirsty Peacekeeper-01! It’s a brutal battle for the ages, but what secrets does Harley Quinn hold about the man beneath the armor, Sean Mahoney? And how does this all play in to the Scarecrow’s hands?!
Backup: Ghost-Maker is fighting through incredible odds to reach the nefarious Madame Midas…but will his next opponent—BRAINSTORM—be impossible to overcome?! 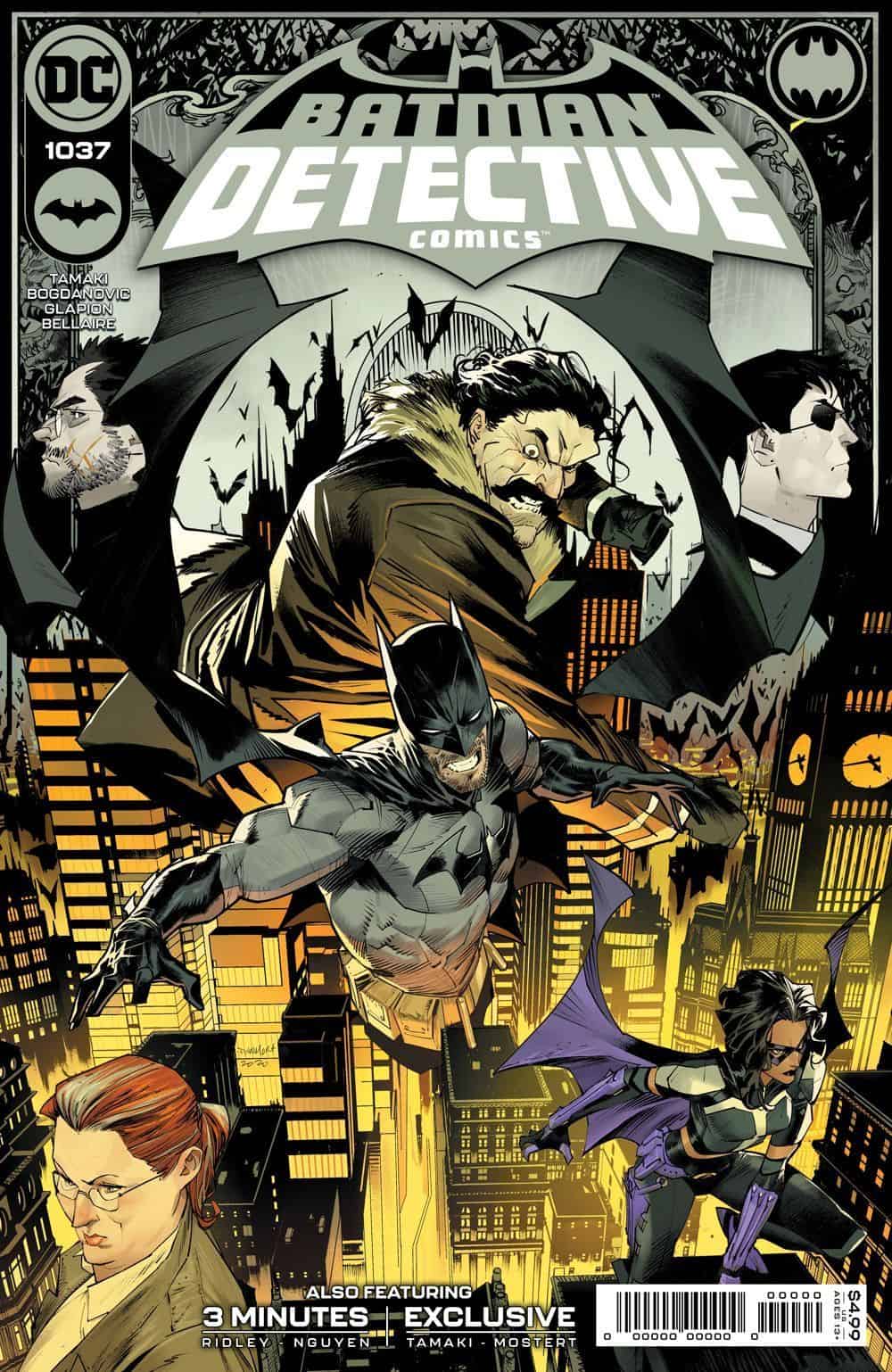 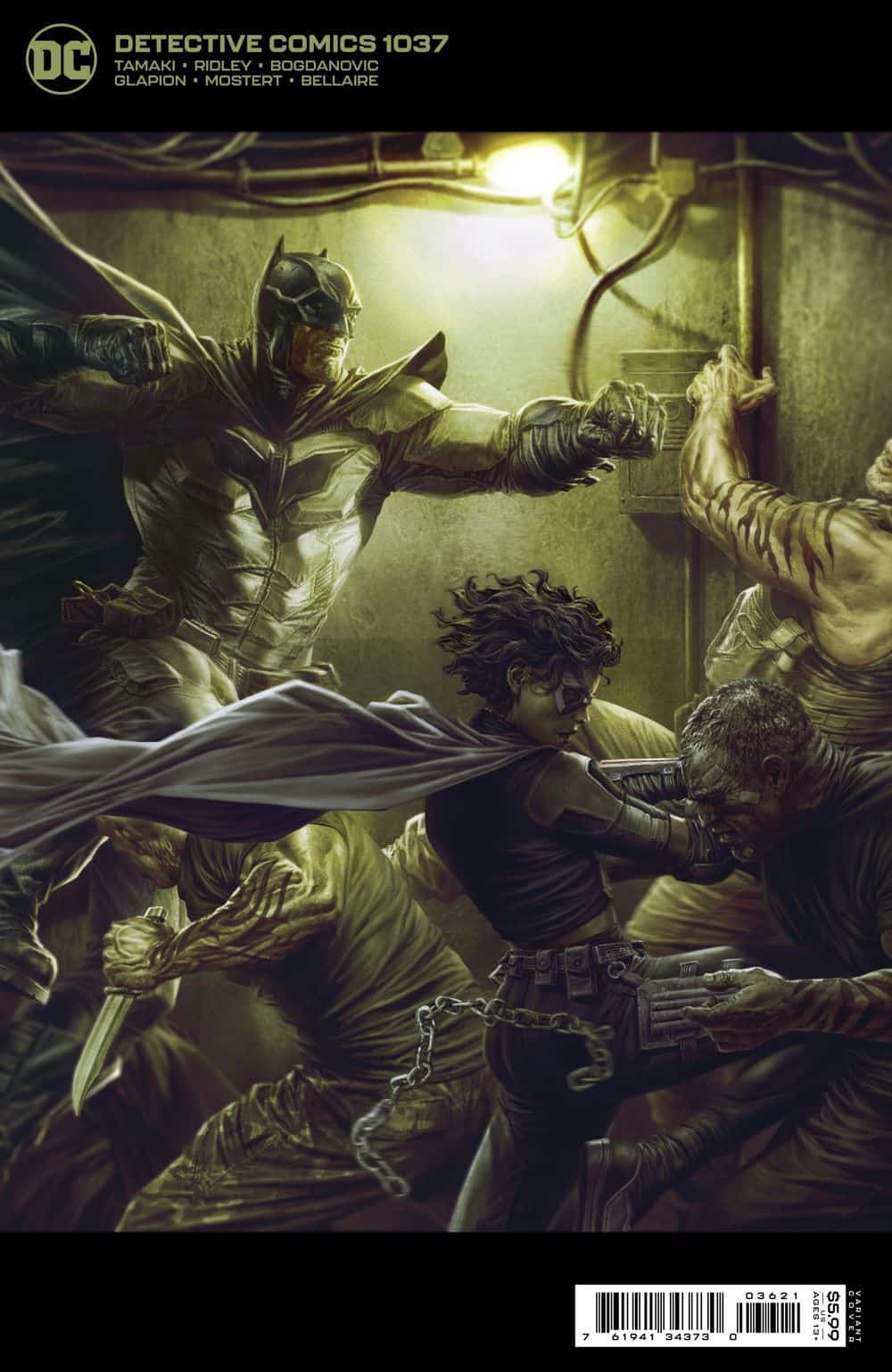 Public enemy number 1: BATMAN! Public enemy number 2: Bruce Wayne?! When both Bruce and his alter ego are implicated in the same crime, the cops have some questions — and the Dark Knight is going to have to think quick or risk his identity being exposed to the world! But law enforcement isn’t the only entity hunting the Bat—the titanic MR. WORTH is ready to use all his money and power to see Batman six feet under!
Featuring not one, but TWO additional epics! First up, “3 minutes” explores the early days of Lucius Fox’s introduction to the world of Batman. Then, in “exclusive”, the Gotham Gazette’s own Deb Donovan runs down the power players in Gotham City! 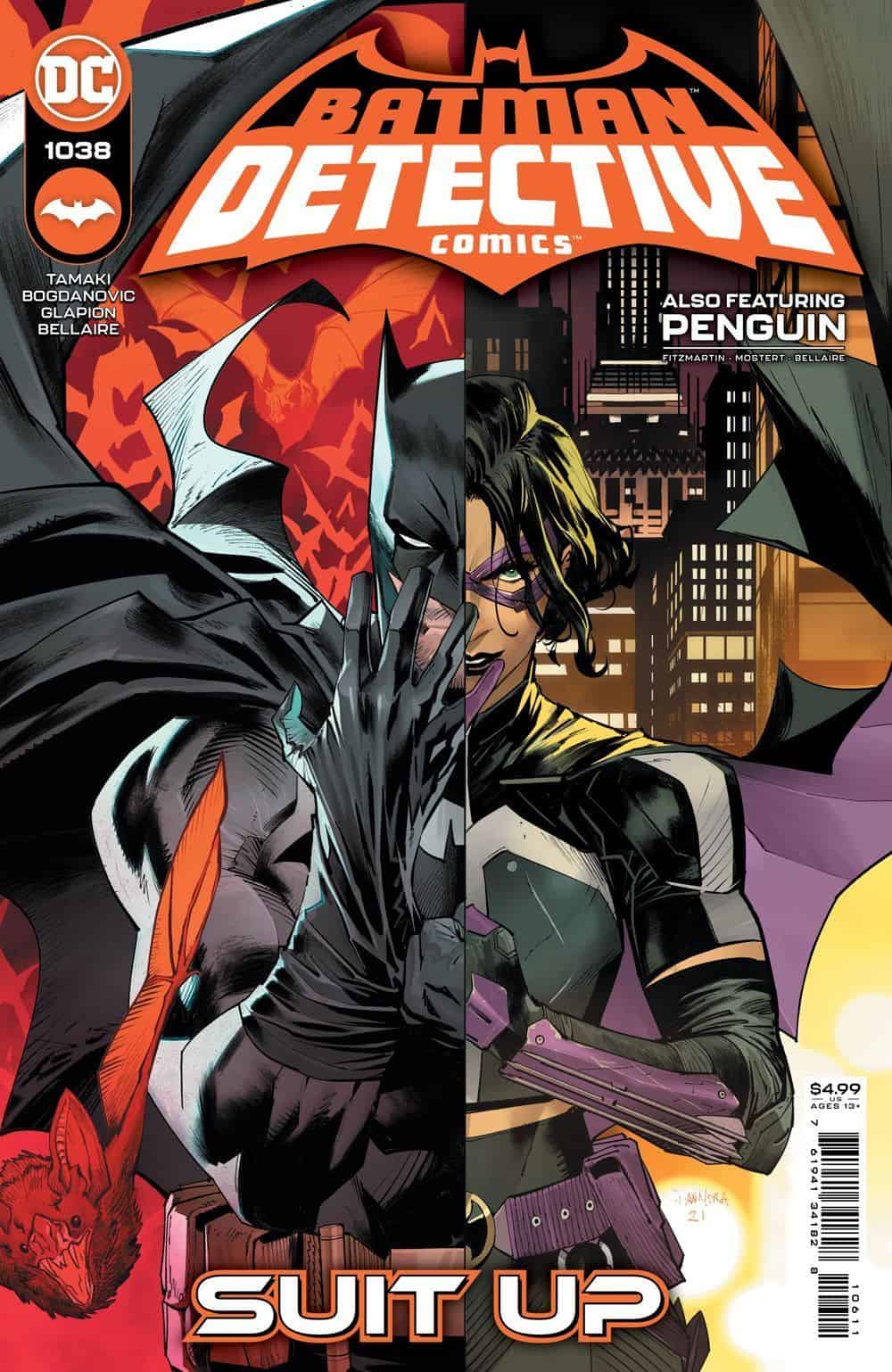 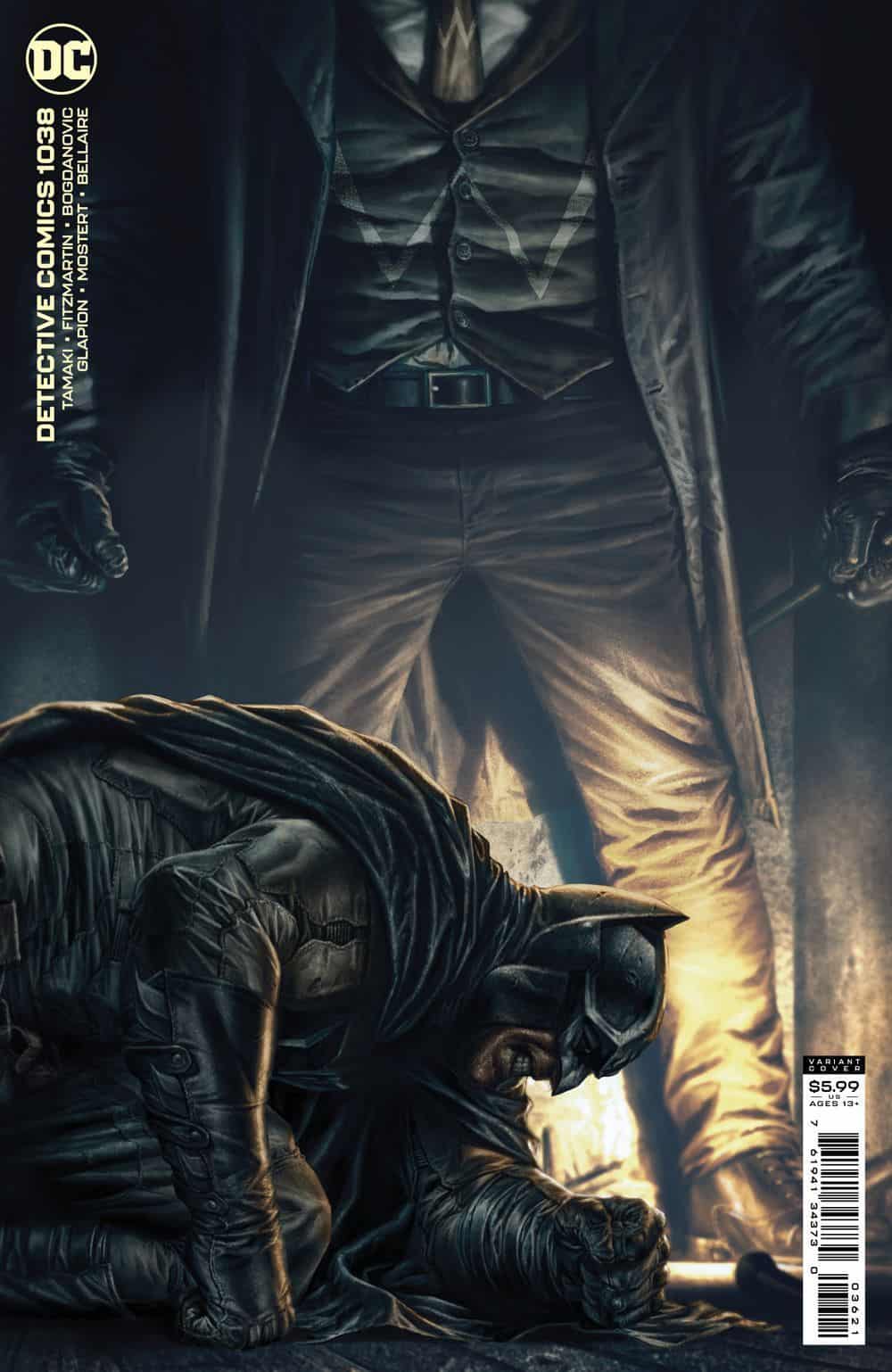 An epic battle is taking place in Gotham City…below the city streets?! Batman and MR. WORTH are locked in a deadly duel involving a rocket launcher, a micro-cave subterranean system, and a whole lot of bloody knuckles. Can Huntress save Lady Clayface before the entire city collapses from underneath itself? Plus: the insidious VILE makes his move, and boy is it UGLY…

FEATURING “MARCH OF THE PENGUIN”: Gotham’s seediest gangster is looking to take advantage of the unrest in the city, and the Penguin is finally ready to make his move!

Both core Batman series seem to be compelling; no imbalance. Nice.