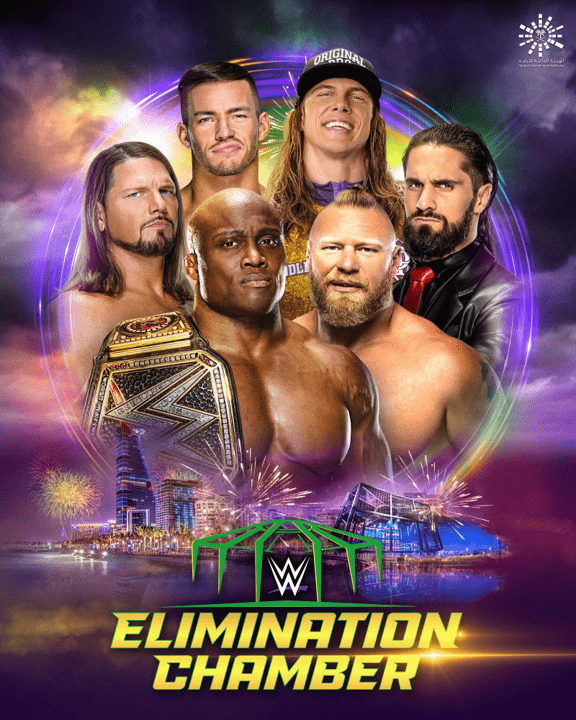 Brock Lesnar triumphed inside the Elimination Chamber Match to capture the WWE Championship.

Brock Lesnar conquered the competition in his first Elimination Chamber Match to win the WWE Championship and punch his ticket to The Show of Shows for a Title vs. Title Match against Universal Champion Roman Reigns. 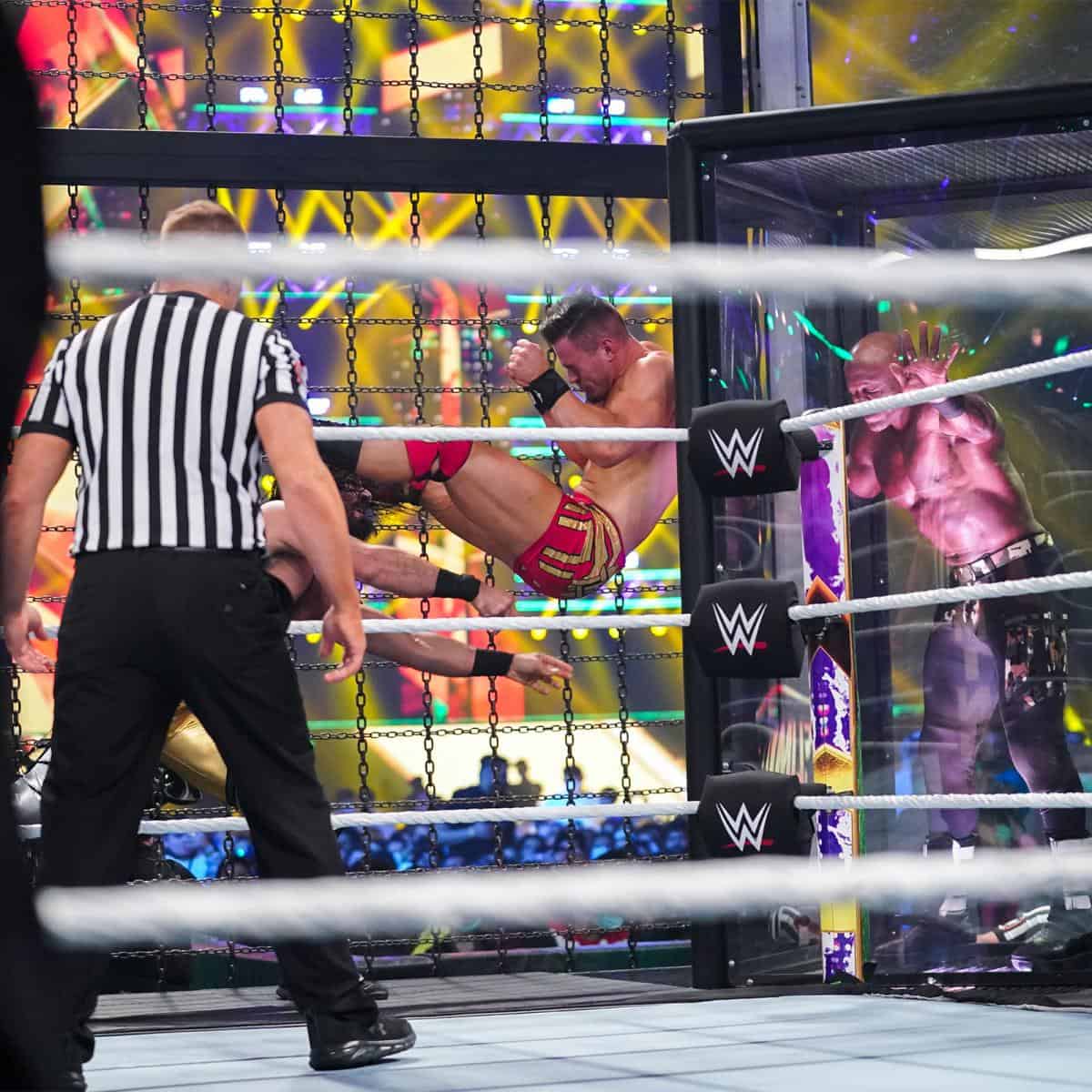 The Beast’s presence loomed large despite starting the match inside one of the four pods as Seth “Freakin” Rollins and Austin Theory gloated inside the ring before trading blows. Mr. McMahon’s protégé was first to feel the effects of the unforgiving structure as Rollins powerbombed Theory through the pod of Bobby Lashley to take out the upstart and The All Mighty before Riddle joined the fray seconds later. 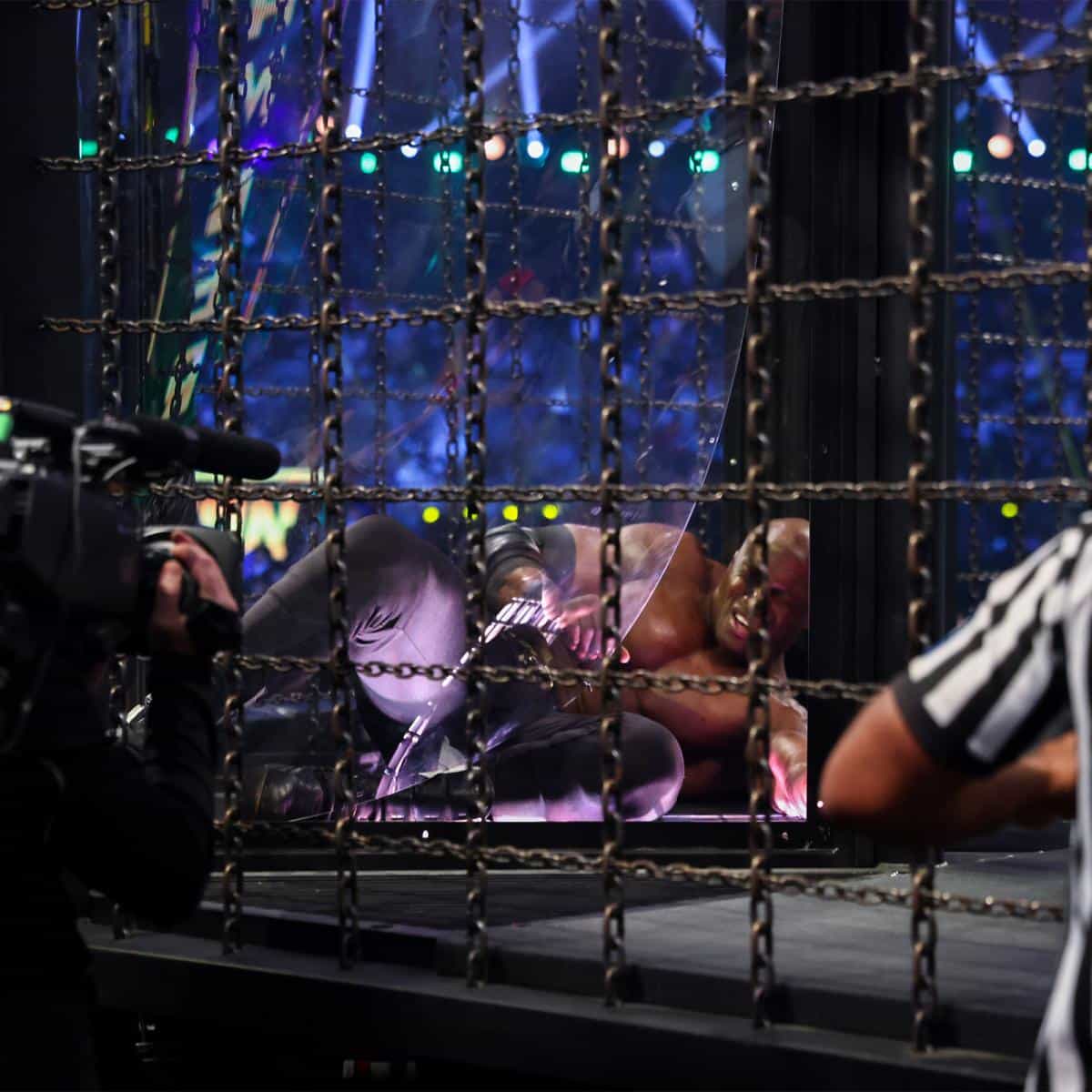 As medics attended to Lashley, Rollins suplexed The Original Bro off the top of The WWE Champion’s pod for a near-fall. With AJ Styles entering the match as the fourth entrant, the remaining Superstars battered one another, setting up a Tower of Doom before Theory found himself on the receiving end of a Floating Bro for a two-count. 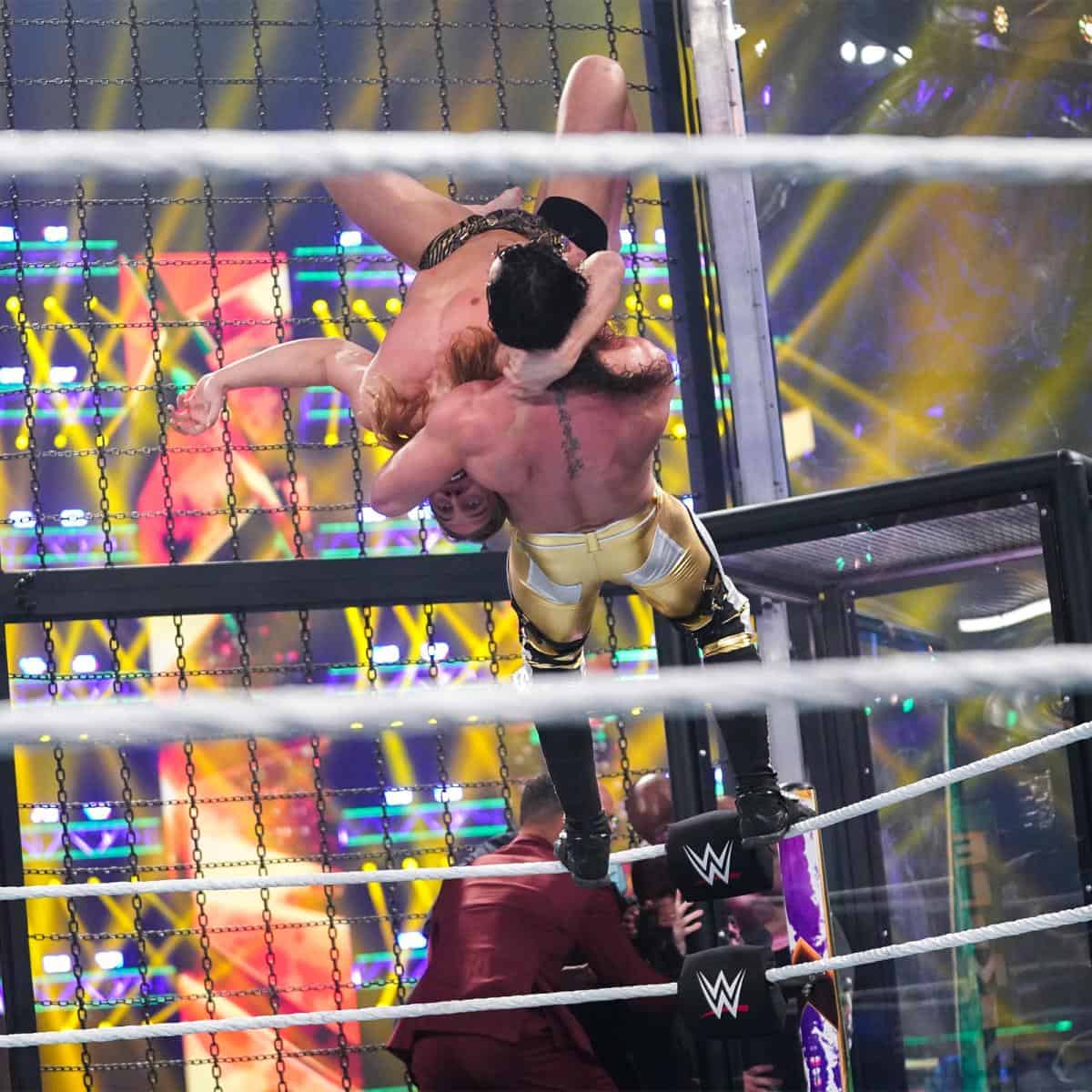 With Lashley being taken out of the chamber and ruled ineligible by medics due to concussion protocols, Lesnar got tired of waiting and burst through the plexiglass of his pod to enter the match, immediately dispatching both Rollins and Riddle with a pair of quick F-5s. 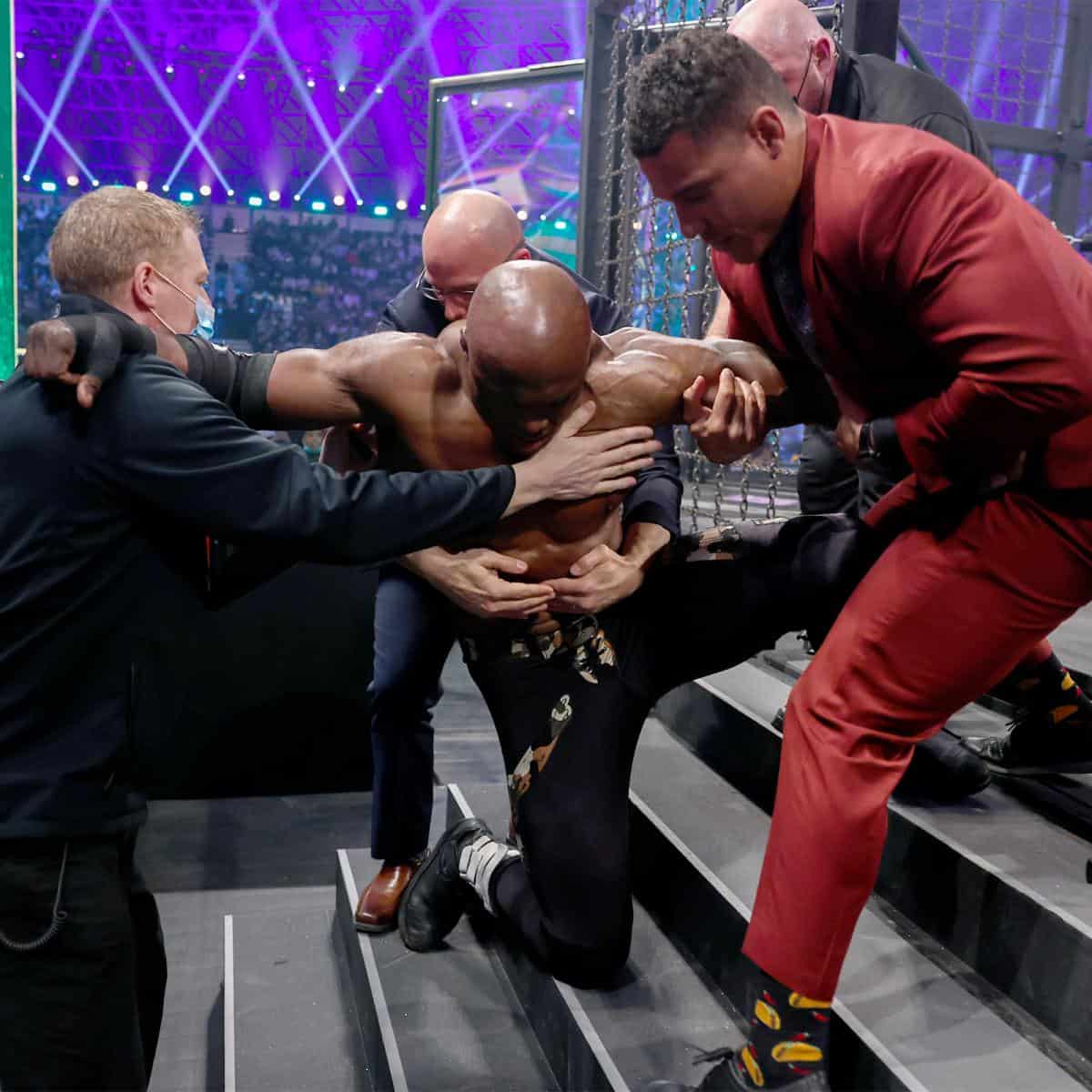 After picking up his third elimination with another F-5 to Styles, Lesnar closed the chamber door to trap a retreating Theory inside. The Beast chased Theory around the chamber, but the newcomer stopped the charging Beast with a low-blow uppercut and a DDT for a two-count. 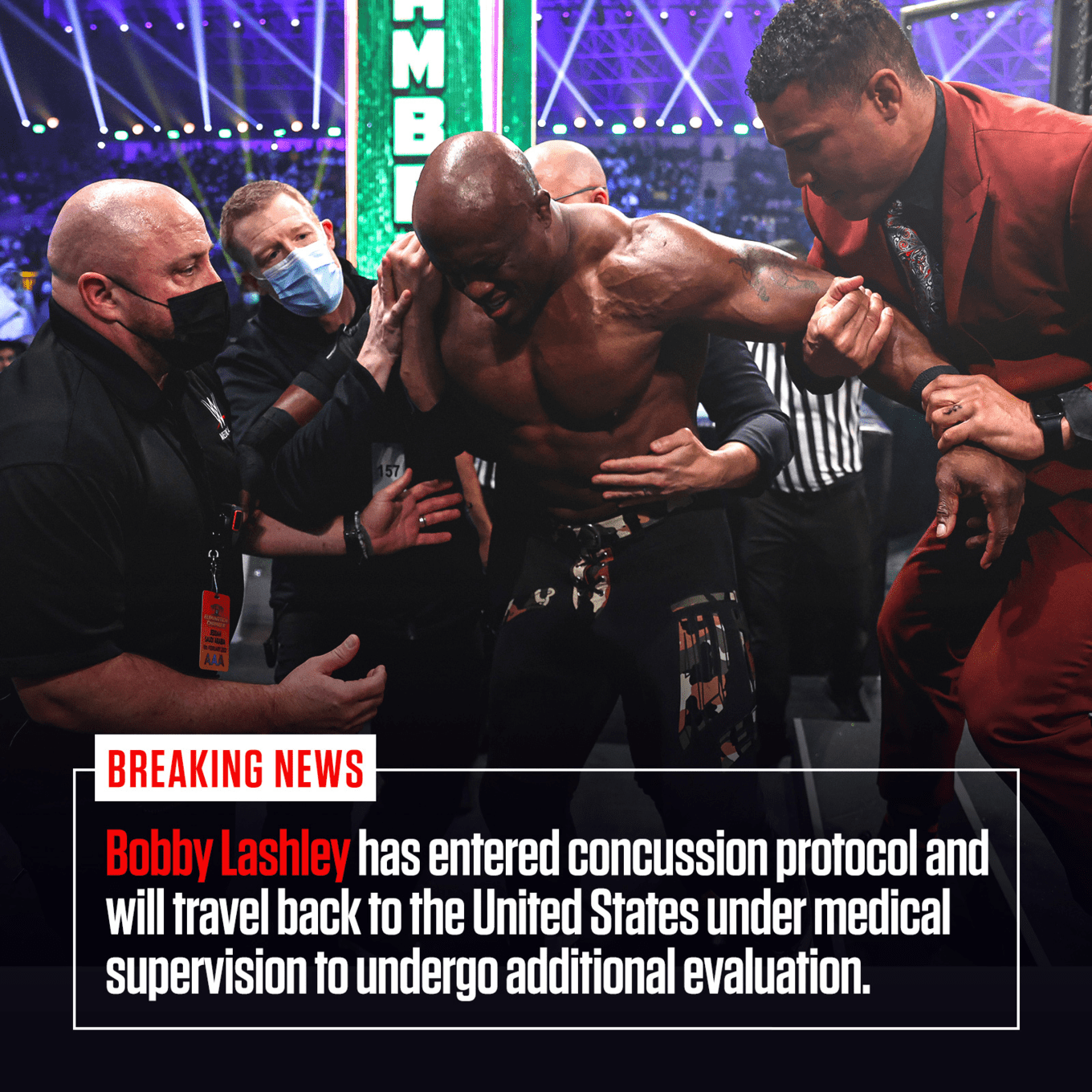 Realizing the predicament he was in, Theory attempted to climb to the top of the cage and escape through the chains, but he was pulled back inside by Lesnar, who bounced his head off the plexiglass before F-5ing Theory off the top of a pod and mercifully covering him for a pin. 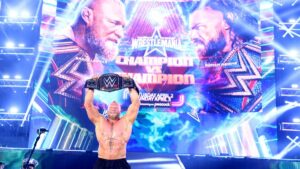 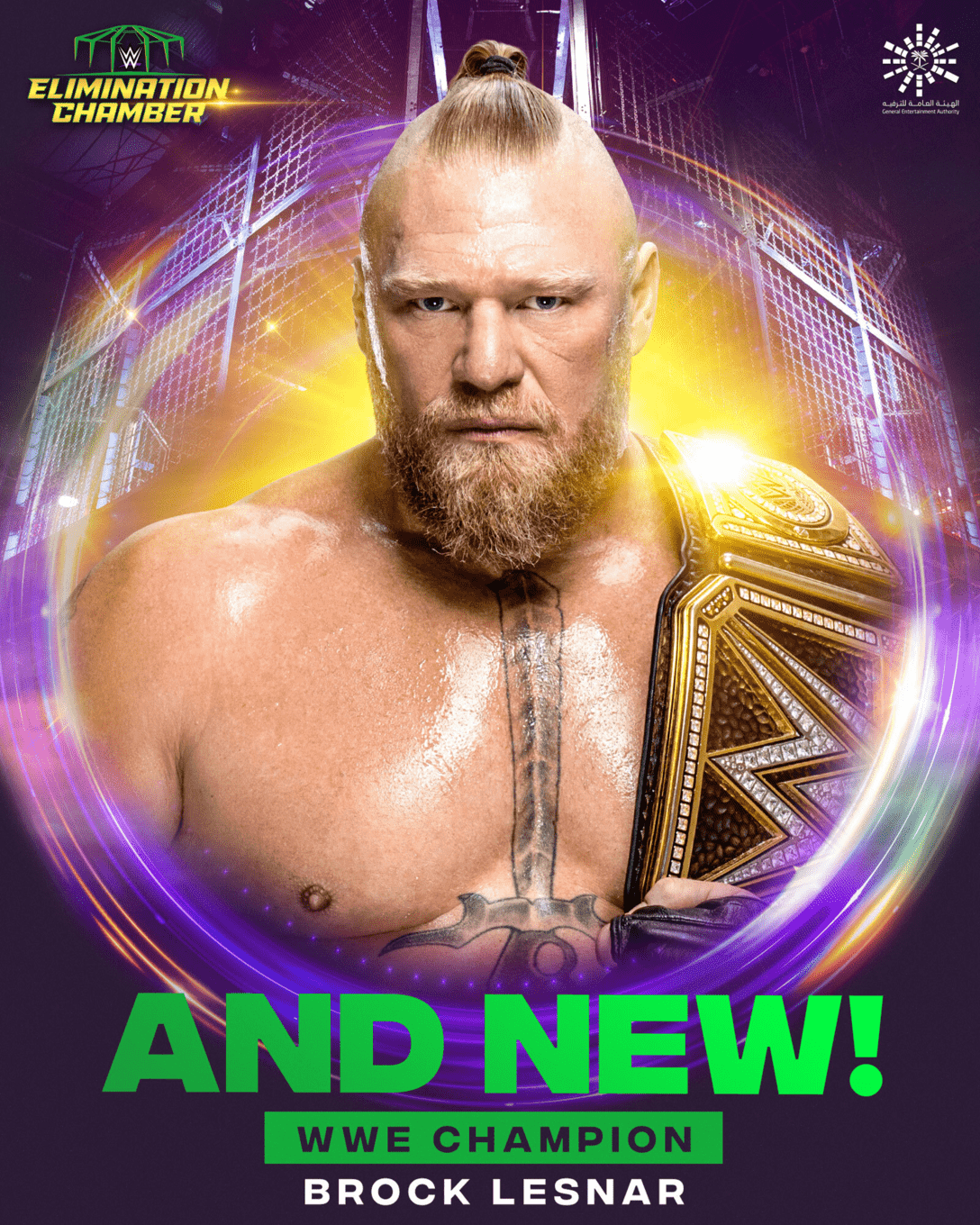 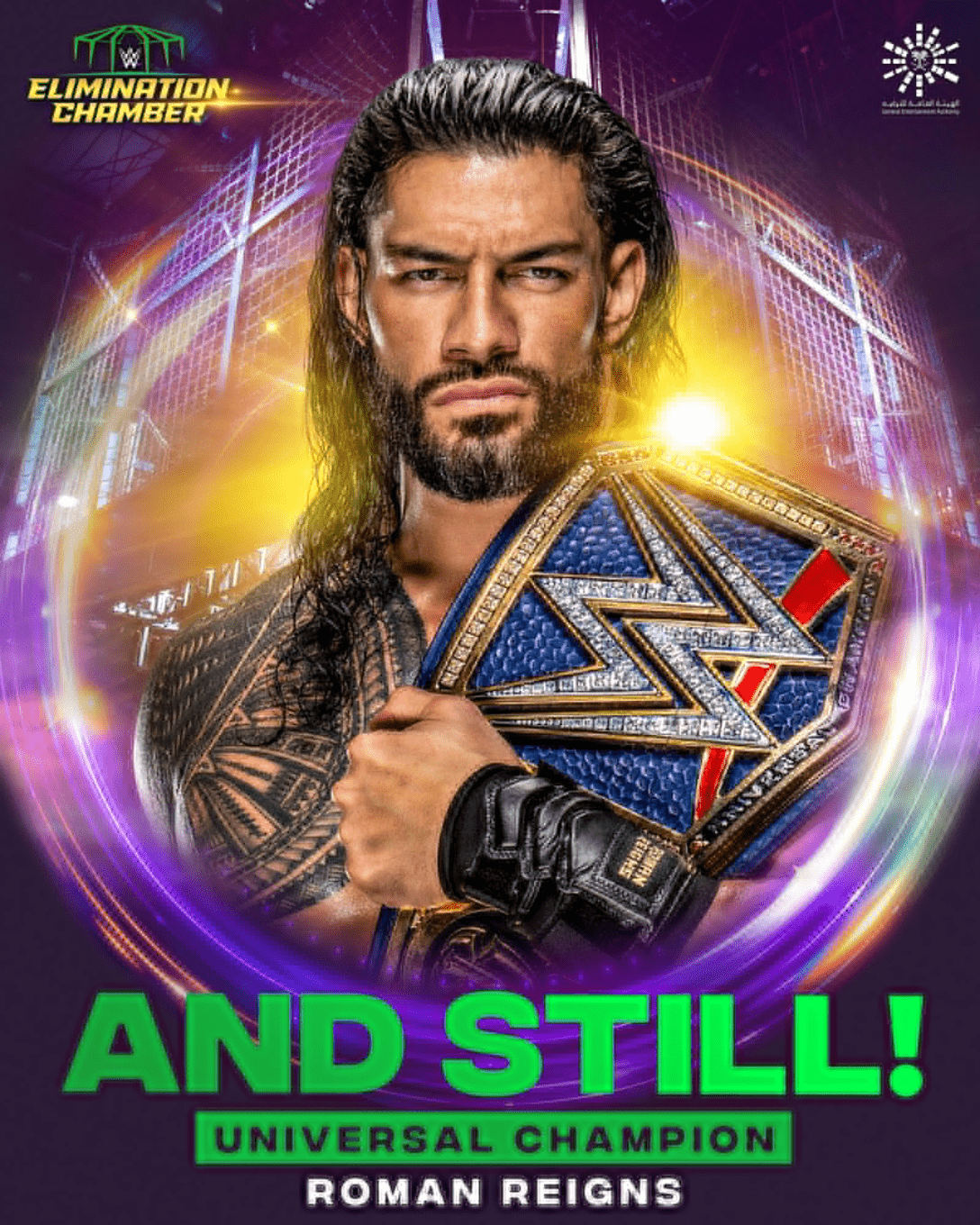 That changes their Wrestlemania 38 match a title vs. title match. WWE is reporting this a “winner takes all” match not a titles unification match. 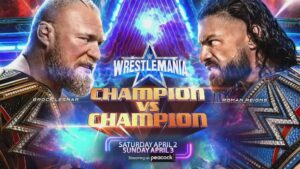 …Then at WWE Elimination Chamber, titleholder Bobby Lashley was removed from the competition due to concussion protocol. This paved the way for The Beast to triumph in the Elimination Chamber Match to reclaim the WWE Championship. As a result, WrestleMania will be Title vs. Title!

Don’t miss a spectacular moment of action when WINNER TAKES ALL at WrestleMania, a two-night event steaming LIVE on Saturday, April 2, and Sunday, April 3, beginning at 8 ET/5 PT on Peacock in the United States and on WWE Network everywhere else…