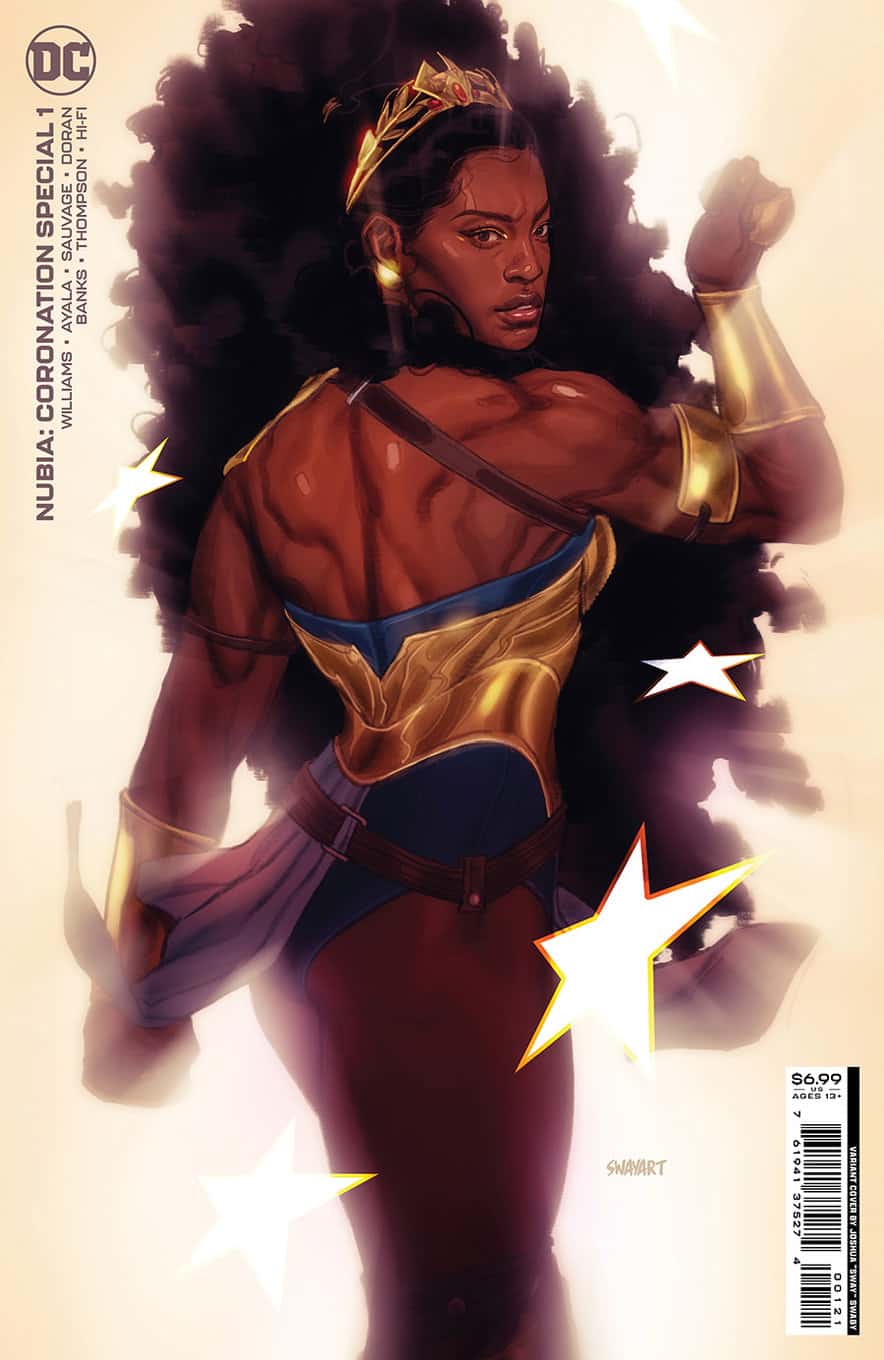 The book has a few more variant covers below in addition to preceding variant. 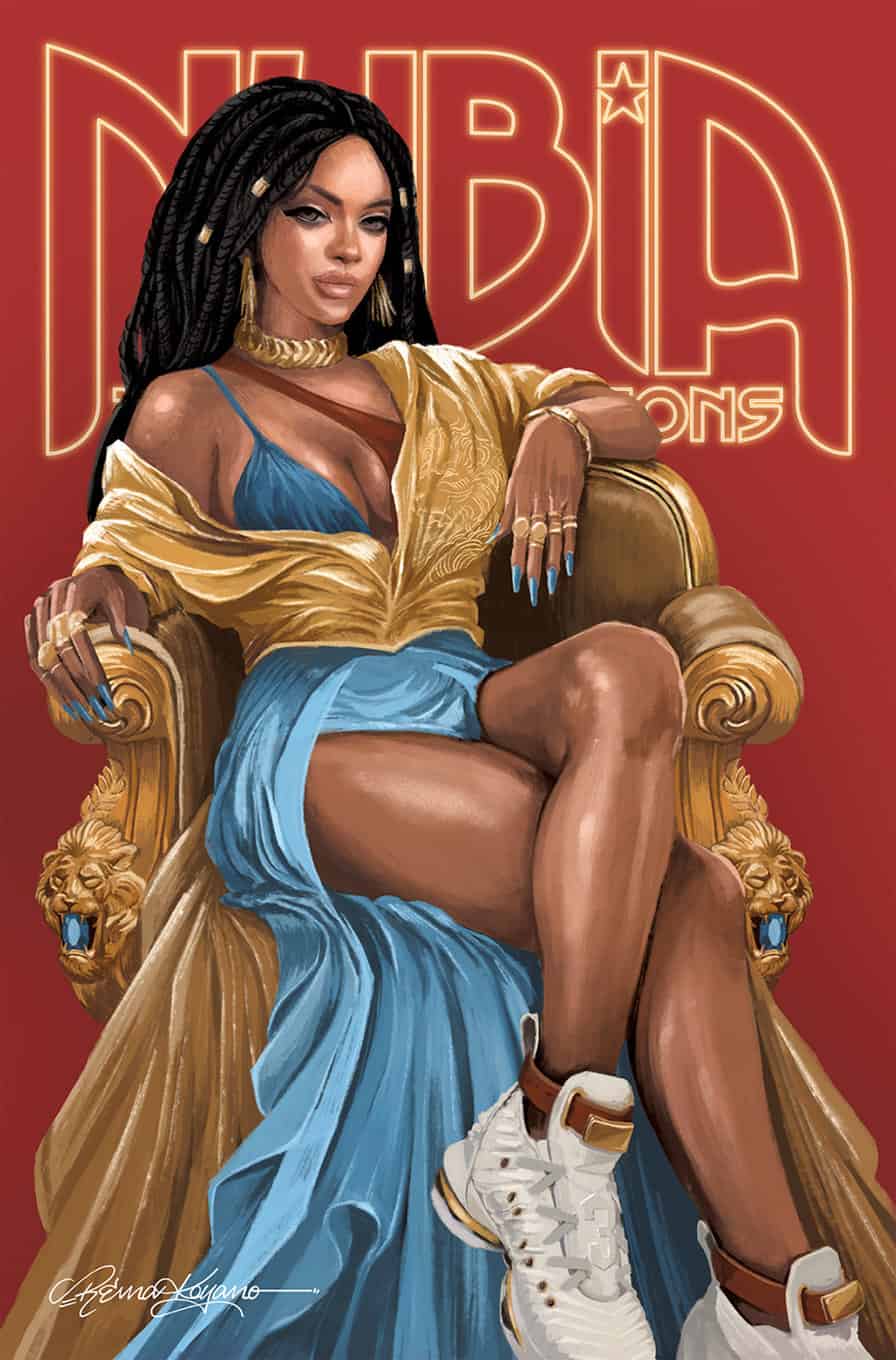 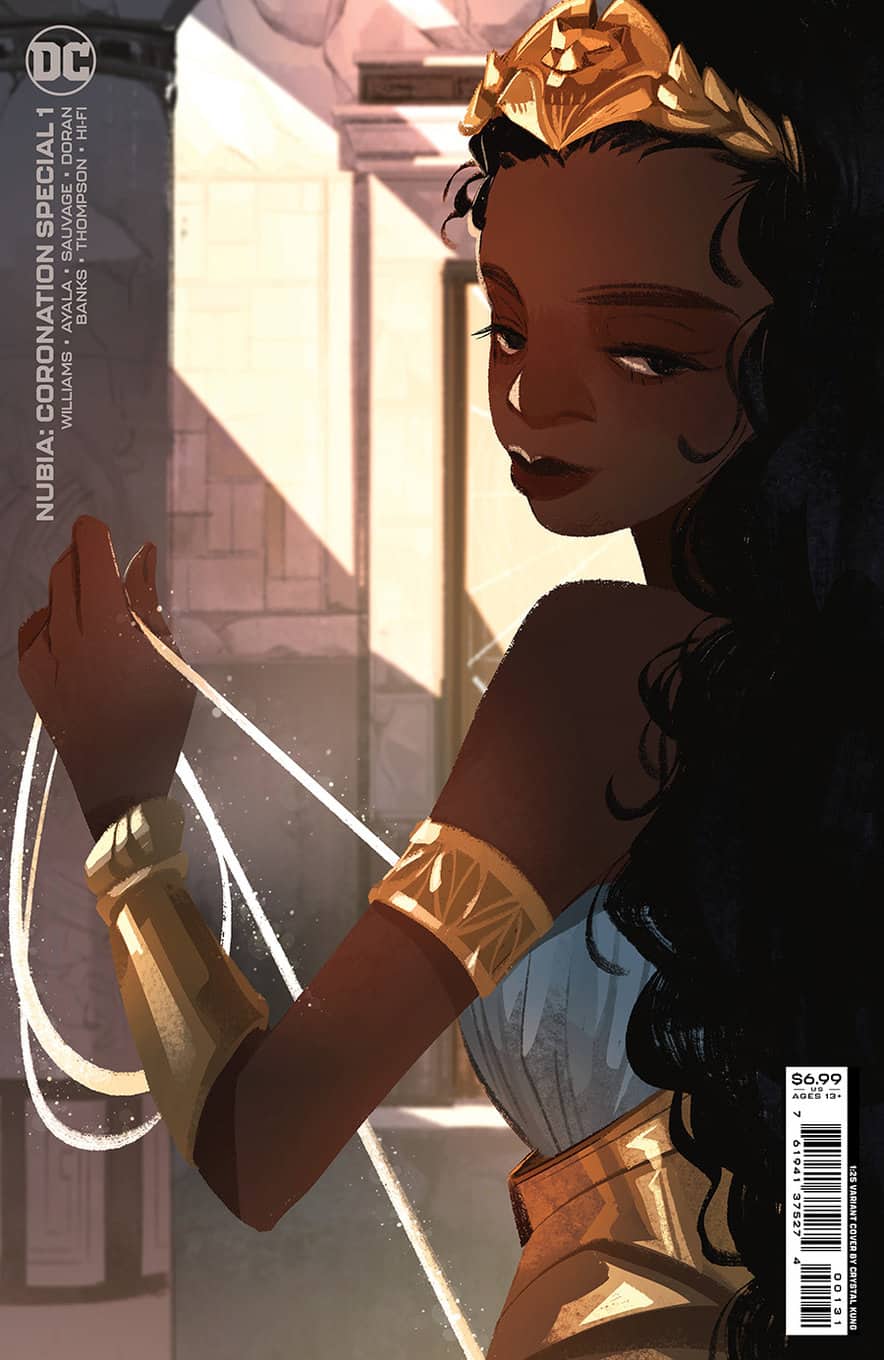 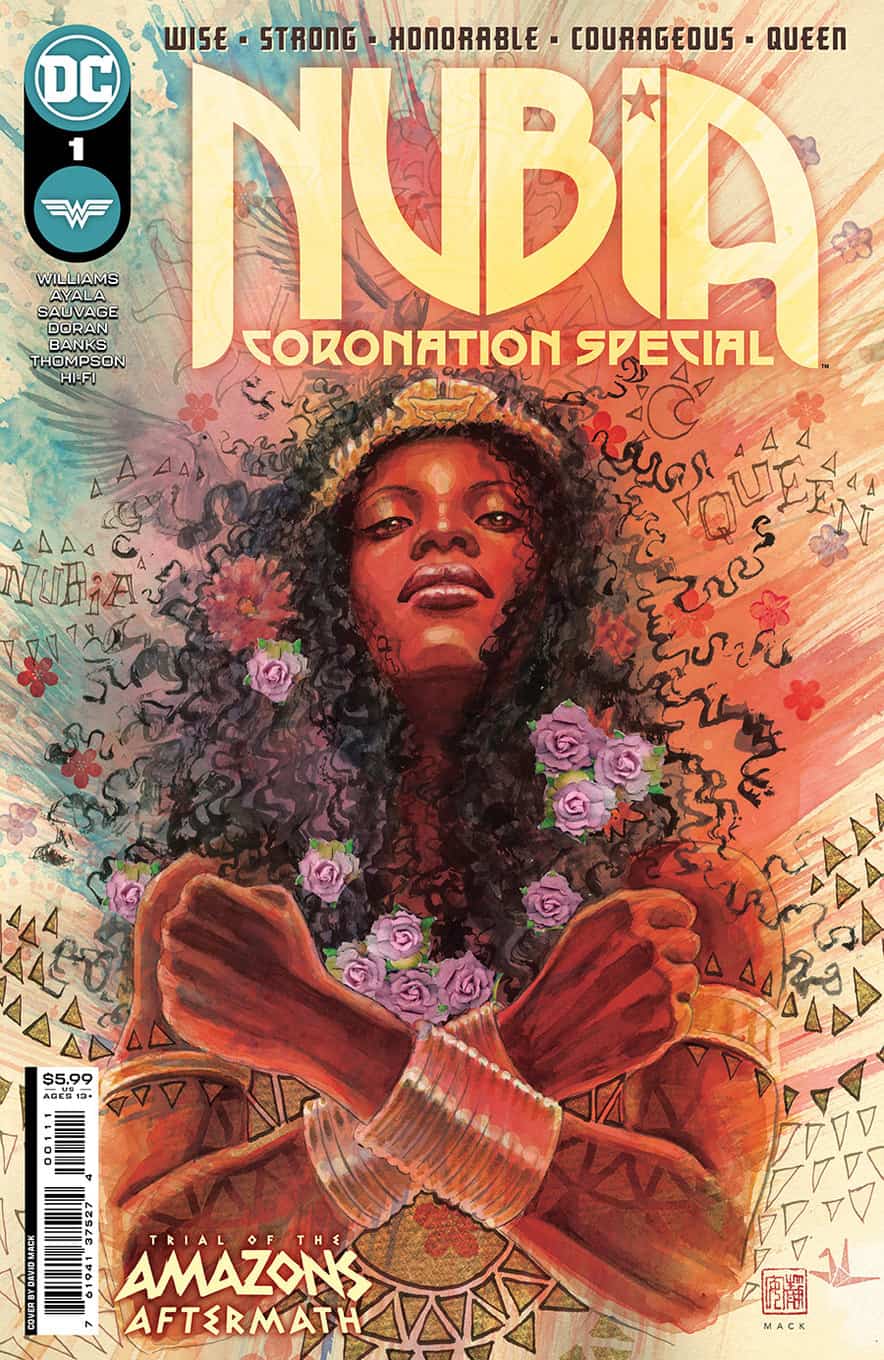 The promise of the issue can be spied it in its solicitation.

After the events of Trial of the Amazons, a new era for these warriors has dawned. Amazons from around the world have come to Themyscira to witness history and the crowning of their new leader. She stood between Man’s World and the dangers of Doom’s Doorway for centuries; when she was called upon to serve her people, she stood strong and clear-eyed, unafraid to look certain death in the face; she has united peoples on the brink of war…All hail Queen Nubia, champion of the three tribes!
Join us for an awe-inspiring special celebrating the mysterious past, thrilling present, and promising future of the character. And for the first time, Nubia’s origin will be revealed! You won’t want to miss this moment in Wonder Woman history that is certain to influence stories for years to come! 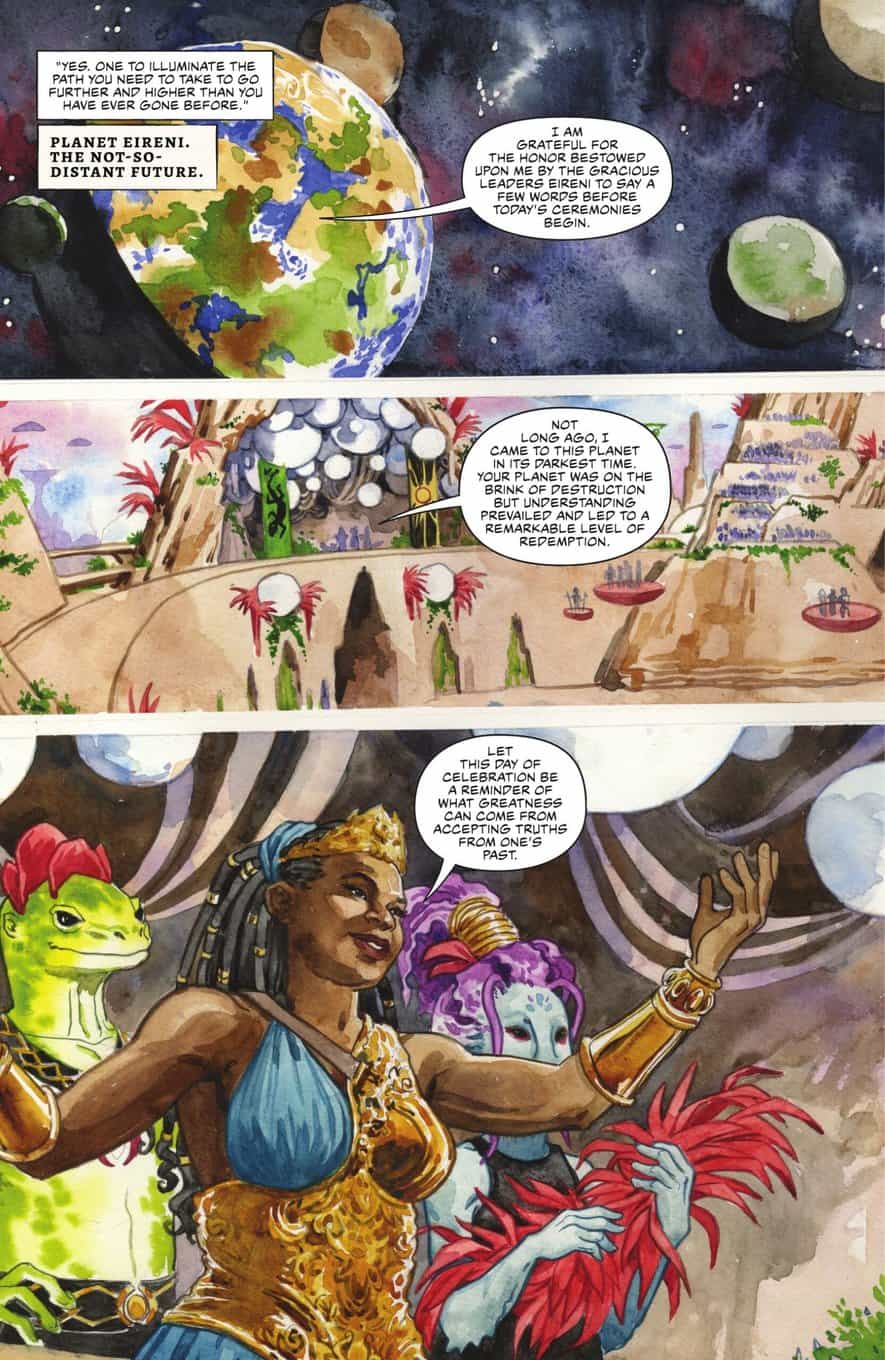 As part of the issue’s handful of short stories… 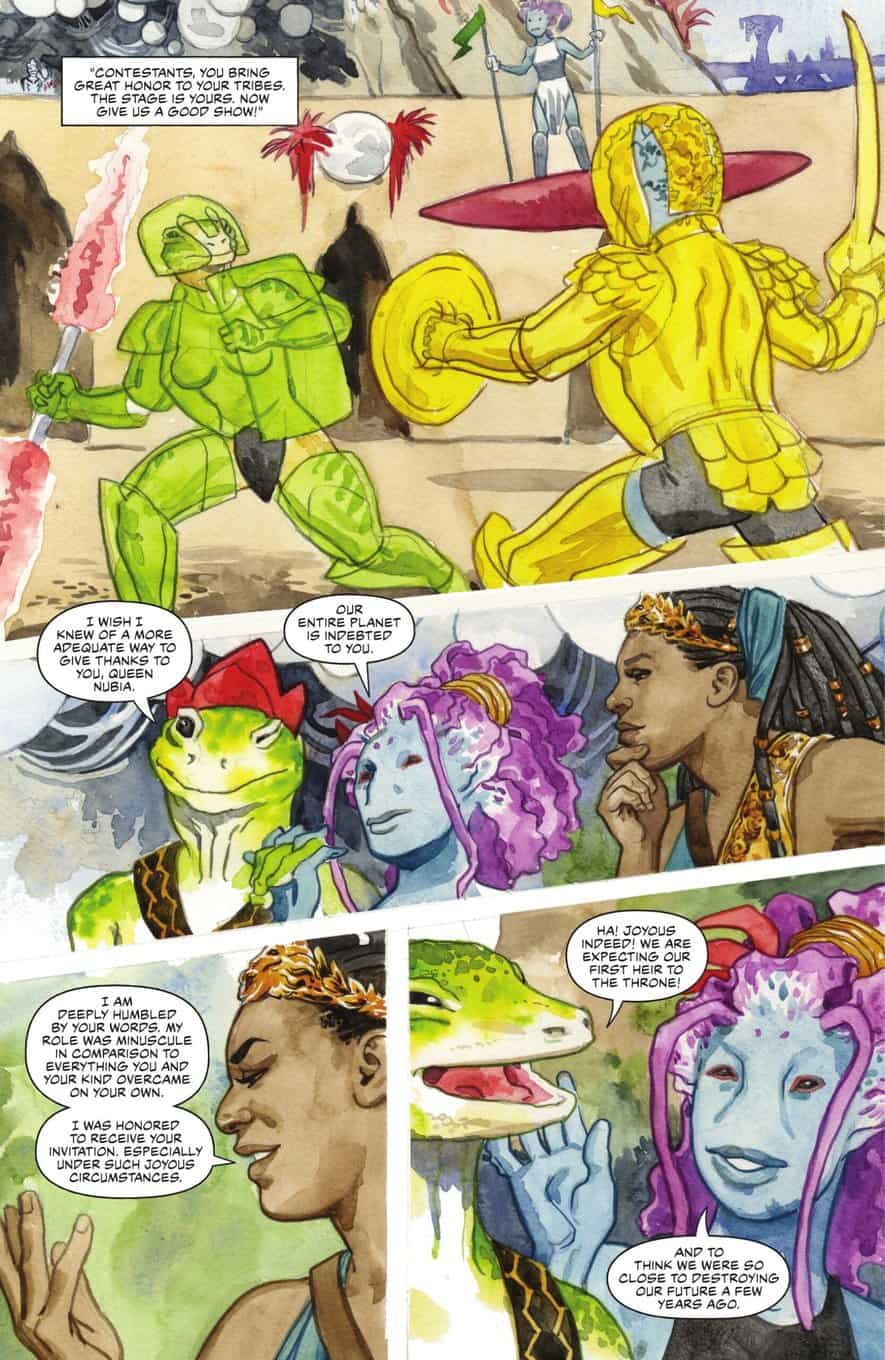 …we get one set in the far future showing the reach of the immortal amazons and the long tenure of Queen Nubia. 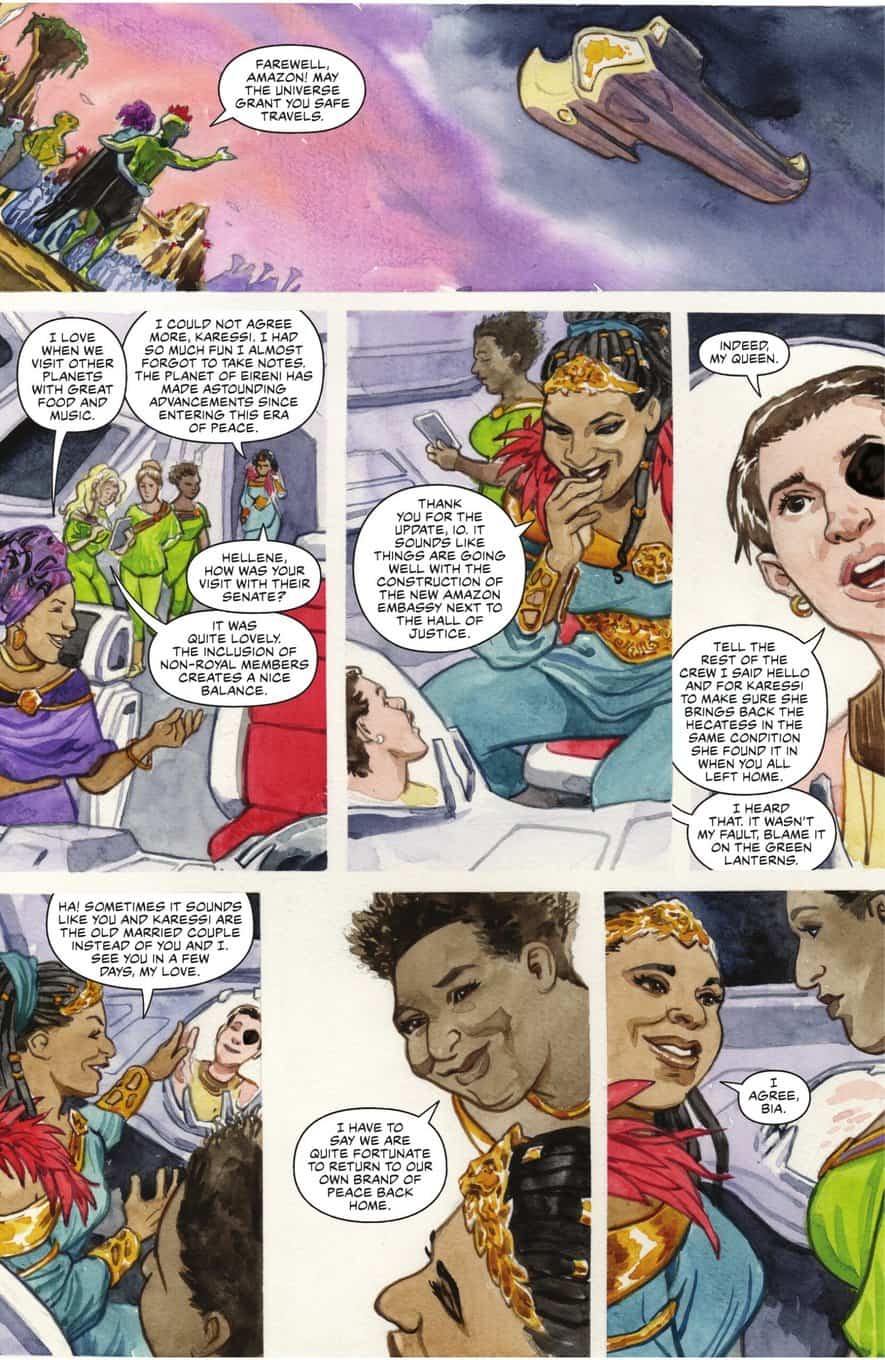 It ends on a page featuring DC’s Wonder Women before… 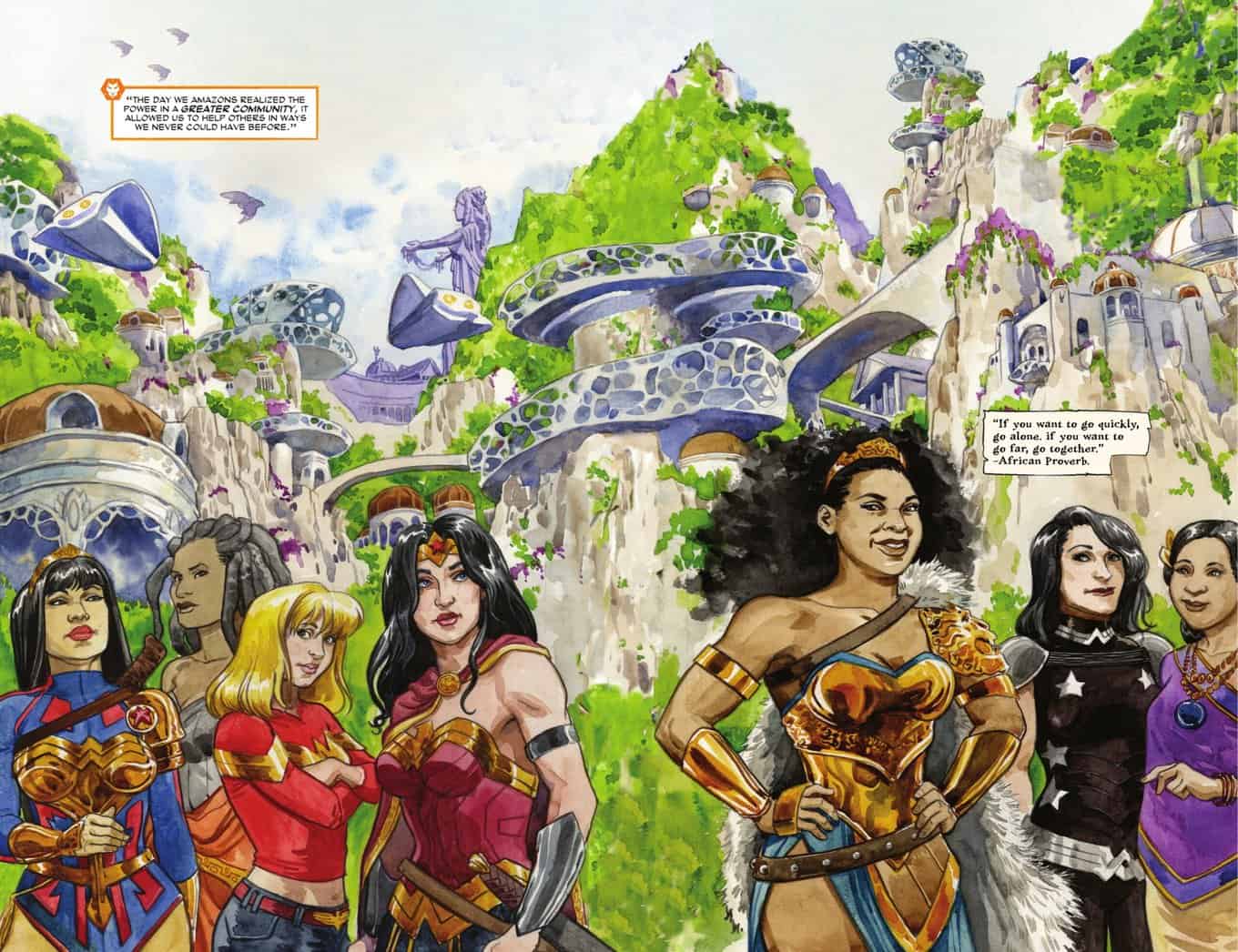 …we get to the end of the book set in the present. 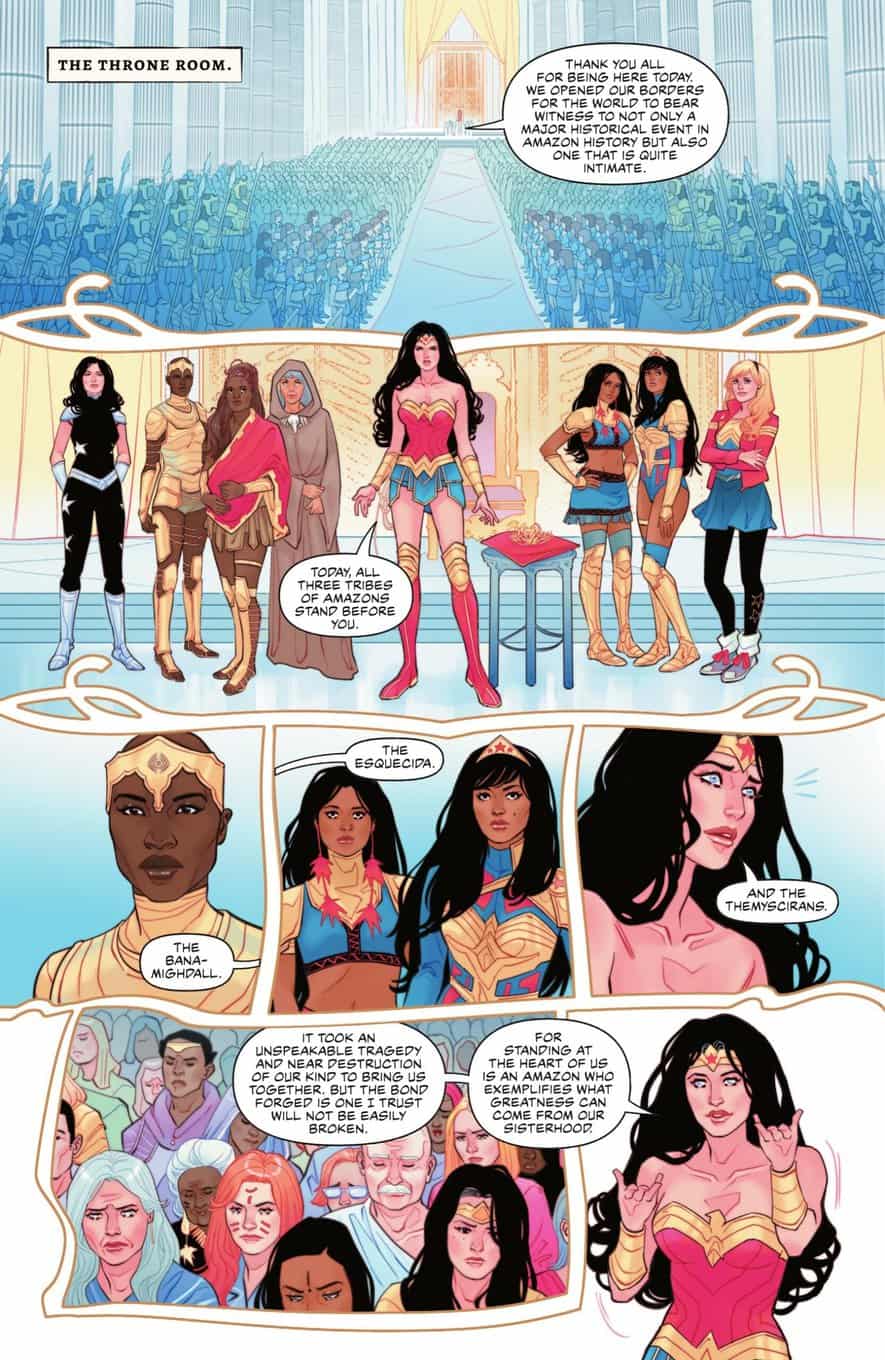 A present where DC’s Wonder Women and Wonder Girls… 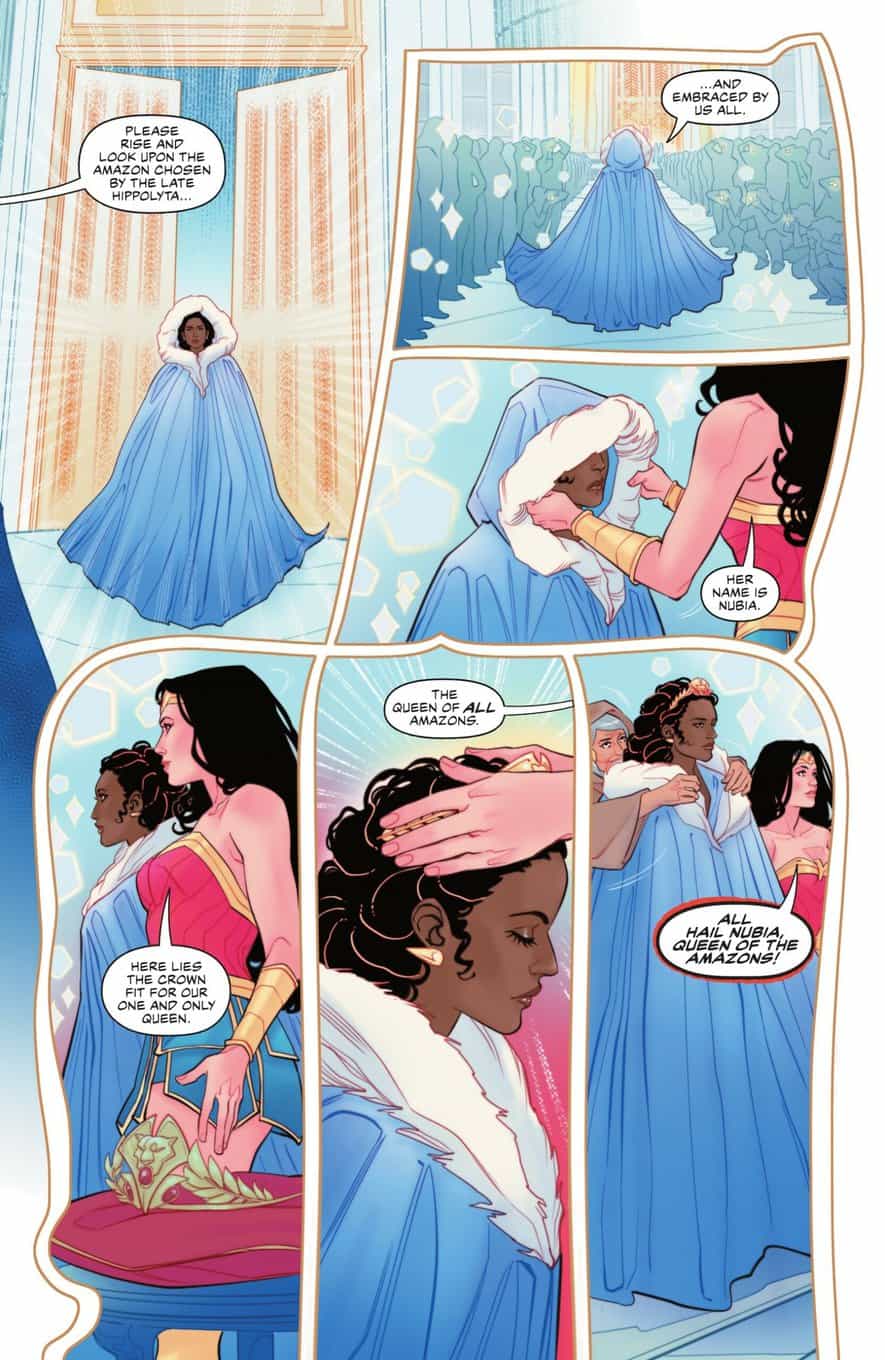 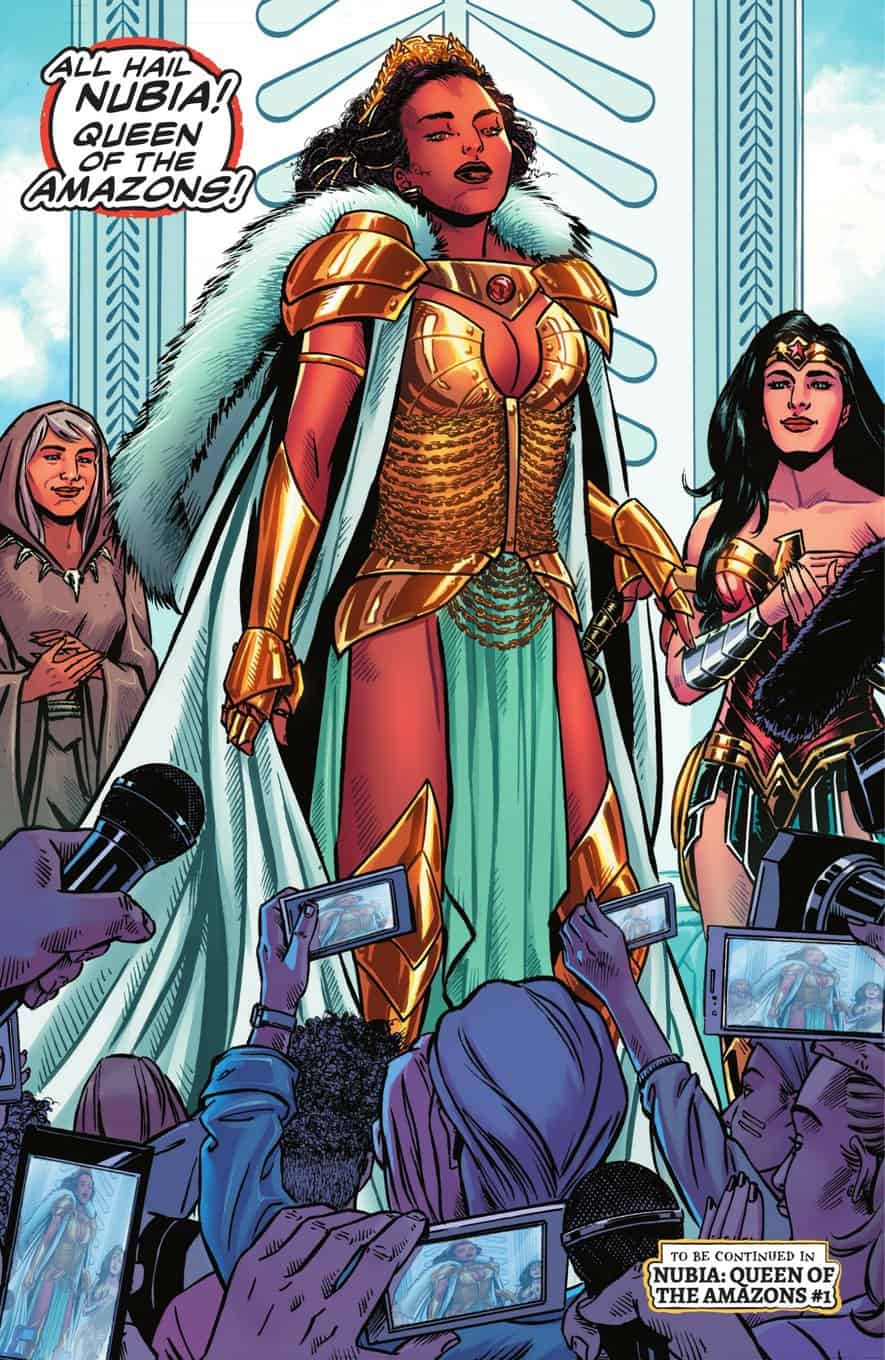 Next up, in the near future, is a new limited series called Nubia: Queen of the Amazons with solicits for the first half of the series out. 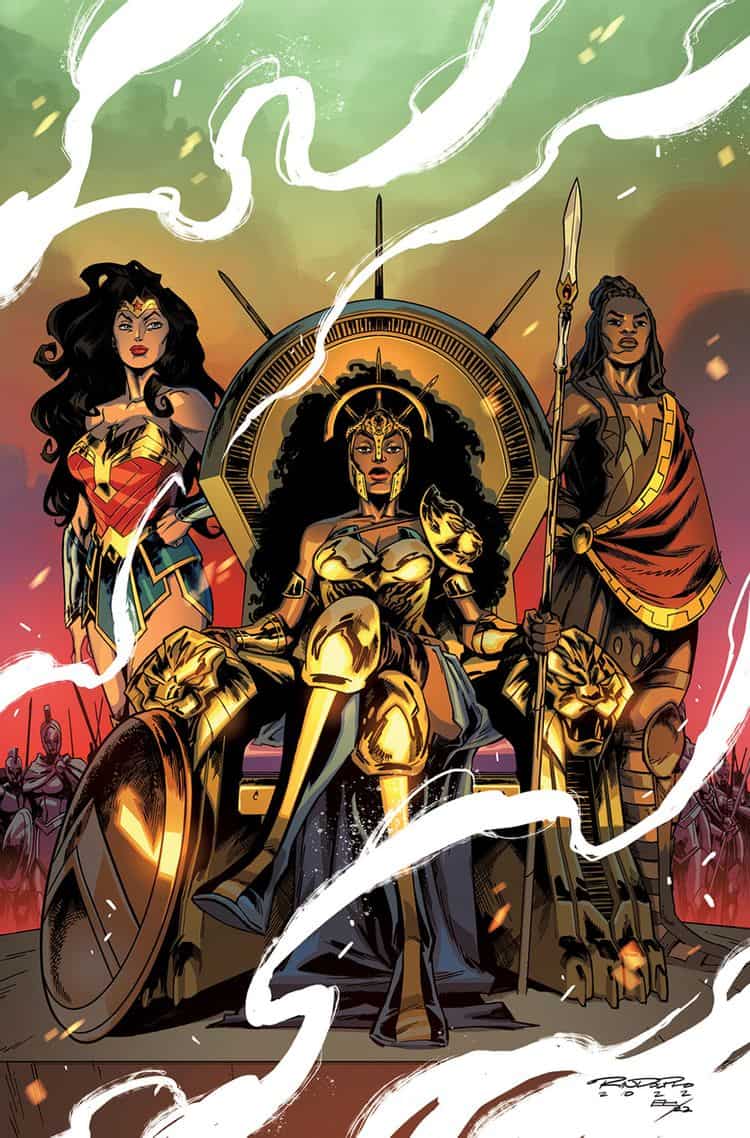 NUBIA: QUEEN OF THE AMAZONS #1
Written by STEPHANIE WILLIAMS
Art by ALITHA MARTINEZ and MARK MORALES
Cover by KHARY RANDOLPH 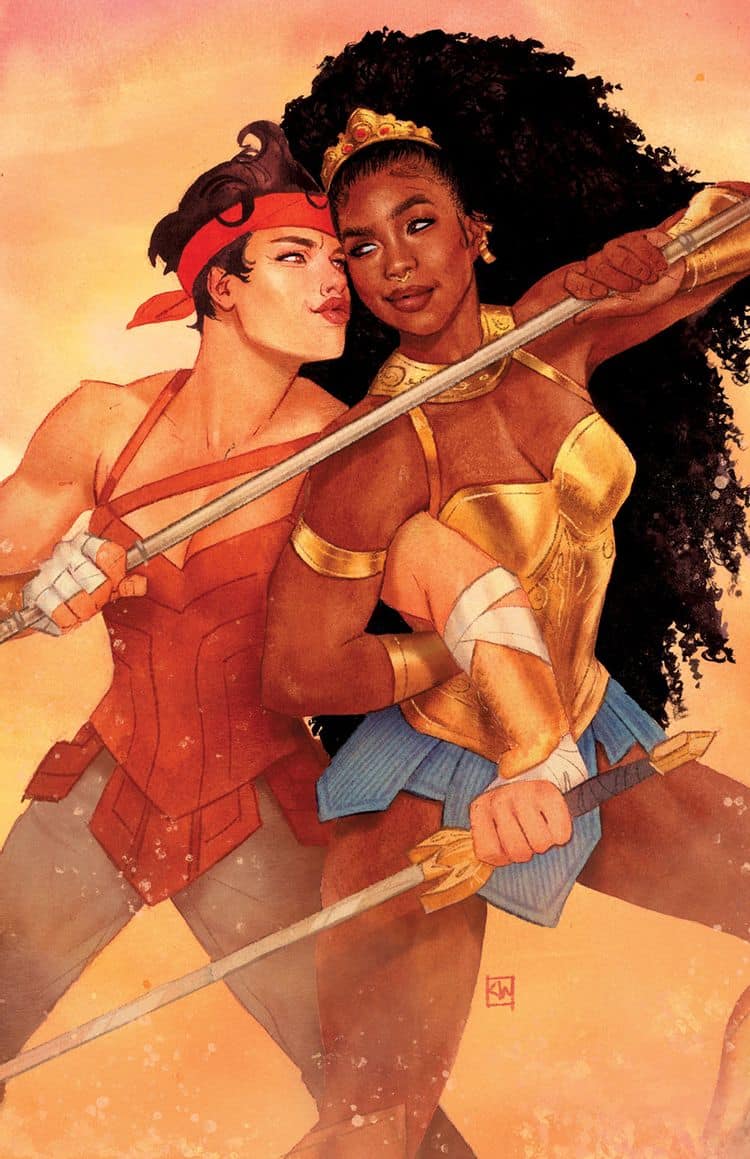 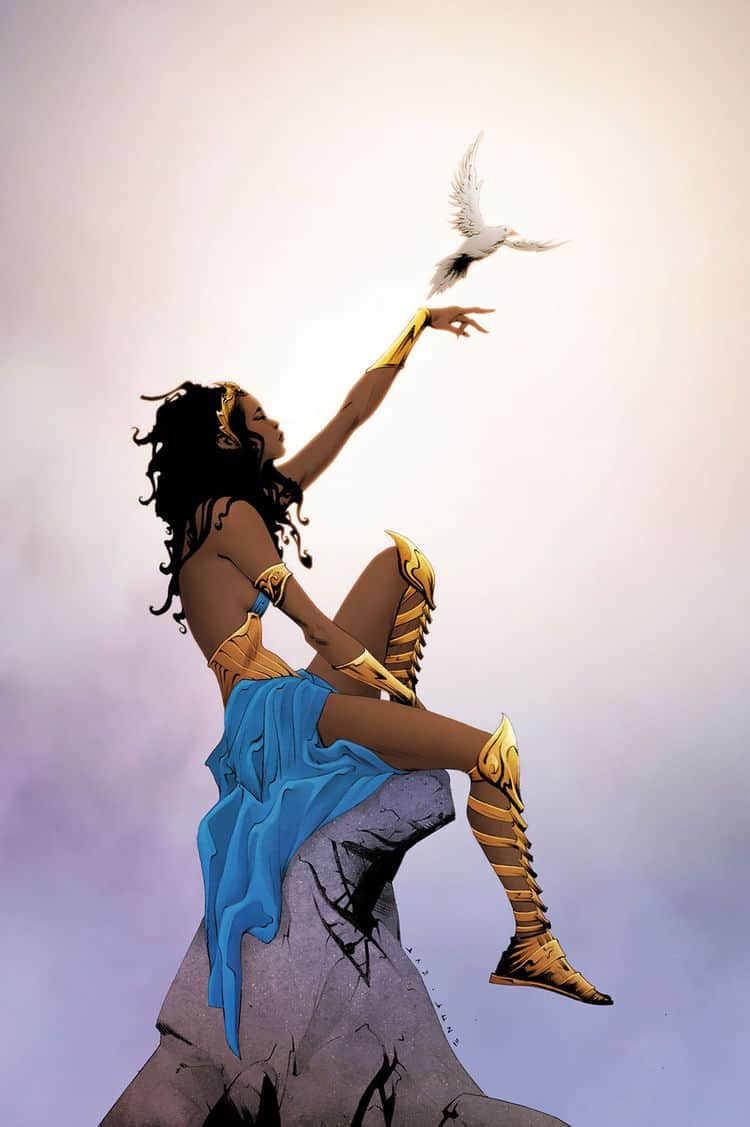 Nubia may be queen, but not all Amazons call Themyscira home, which prompts the new monarch to leave Themyscira for the first time in decades to serve her people in a way Hippolyta never had the opportunity to. Now, as she embarks on her tour through Man’s World to show off the newly established sisterhood, she will be met with joy, distrust, and danger. As she travels to the homes of both the Bana-Mighdall and Esquecida tribes, something lurks in the shadows following her every move. A villain from Nubia’s mysterious past has been waiting for the day the queen joined the outside world again, and they’re ready to make her wish she never left the paradise! Taking place right after the Nubia: Coronation Special, a second miniseries for the fan-favorite Amazon begins! You won’t want to miss the exciting new adventures of the one true queen, brought to you by the creative team behind Nubia & the Amazons—writer Stephanie Williams and artist Alitha Martinez! 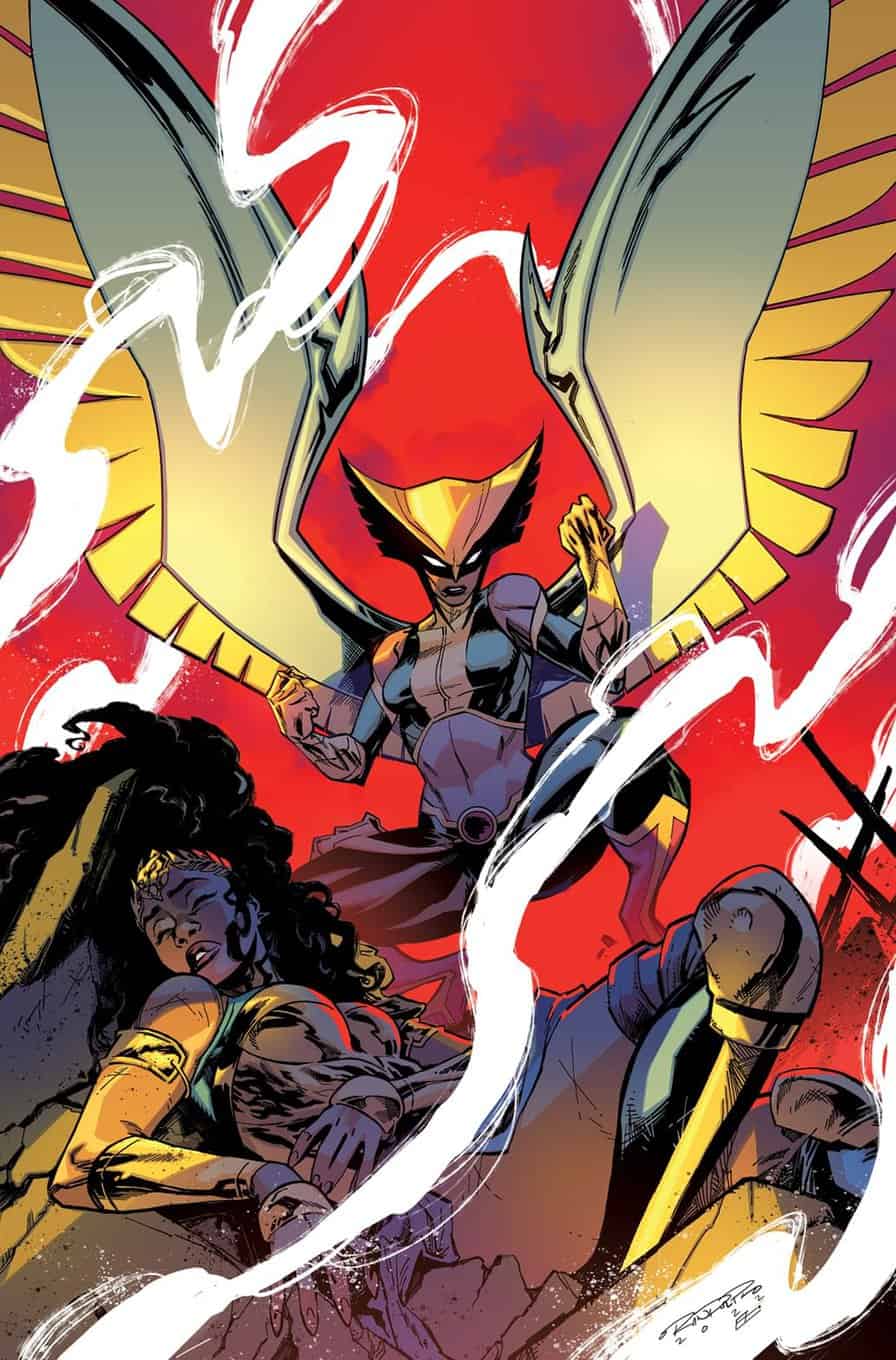 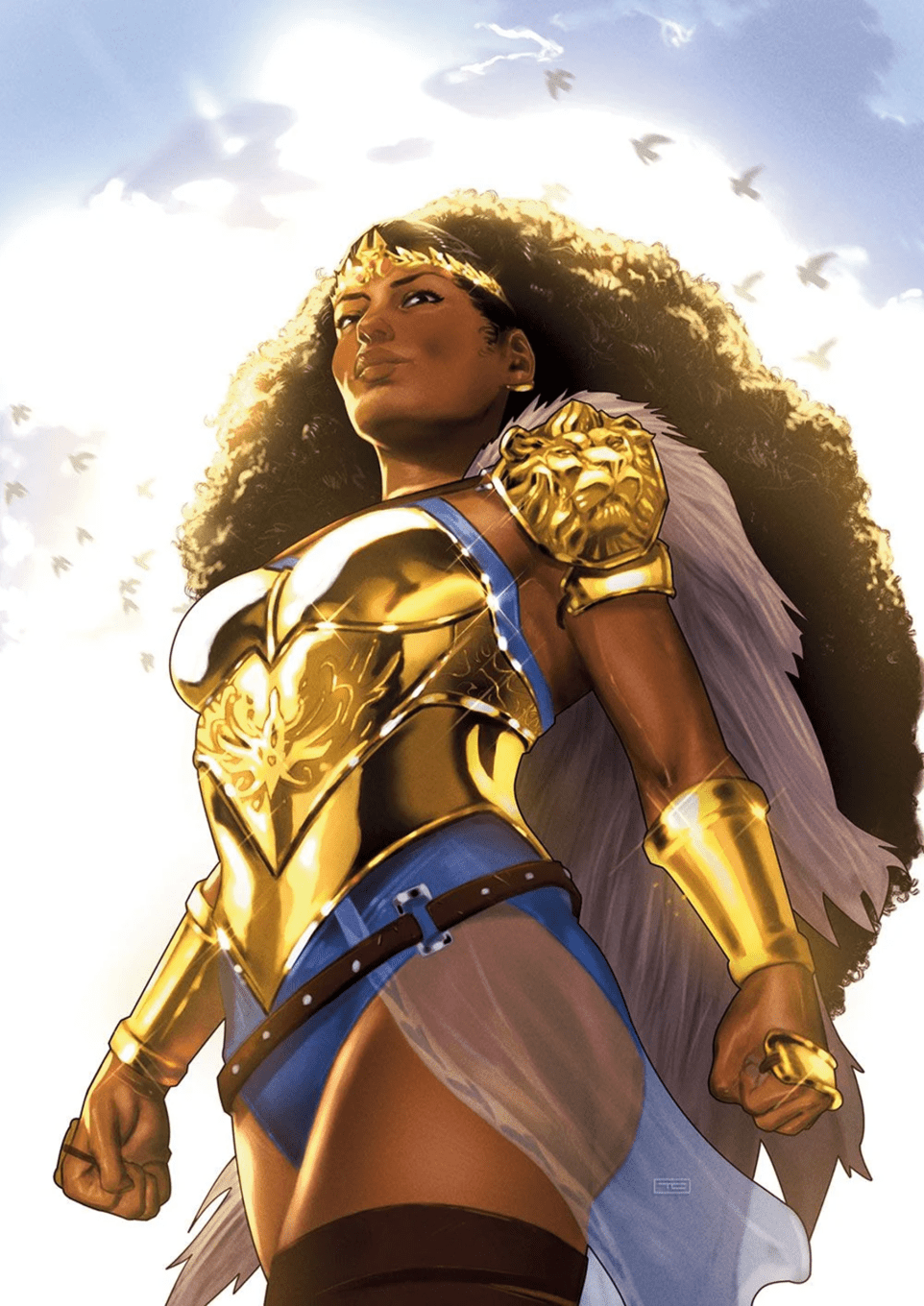 After a disastrous first foray into Man’s World as queen of the Amazons, Nubia is left at death’s door! As she fights for her life, her fellow Amazons search for the culprit who tried to assassinate their beloved leader. The clock is ticking: Will this trip in the name of peace prove fatal?

I am pleased that DC continues to expand the Wonder Woman mythology with viable amazons. That includes Nubia, Yara Flor and even Artemis. That leaves Donna Troy and Cassandra Sandsmark on the sidelines, for now, or perhaps as supporting characters in other books.

The Nubia Coronation Special felt like an opportunity to celebrate, after the Trail of the Amazons, yet I’m less intrigued about the next Nubia limited series, but on what kind of role she will have in big events like Dark Crisis. That will be the test of whether Nubia is is the queen in her shallow pond of the DCU or whether she will have a larger role on Earth 0.

This issue felt like a collection of short stories all revealing different aspect of Nubia’s personality before we get to the last four issues of the book and the actual coronation. A mixed effort on story and art throughout despite the powerful message(s) the issue sends to readers about diversity.

Cody Rhodes Negotiations With WWE Get Bumpy! Will He Return To AEW For ROH?