Justice League #30 Spoilers & Review: What Is Lex Luthor Really Up To & Who Is Jessica Cruz, DC Comics New 52’s Next Power Ring? 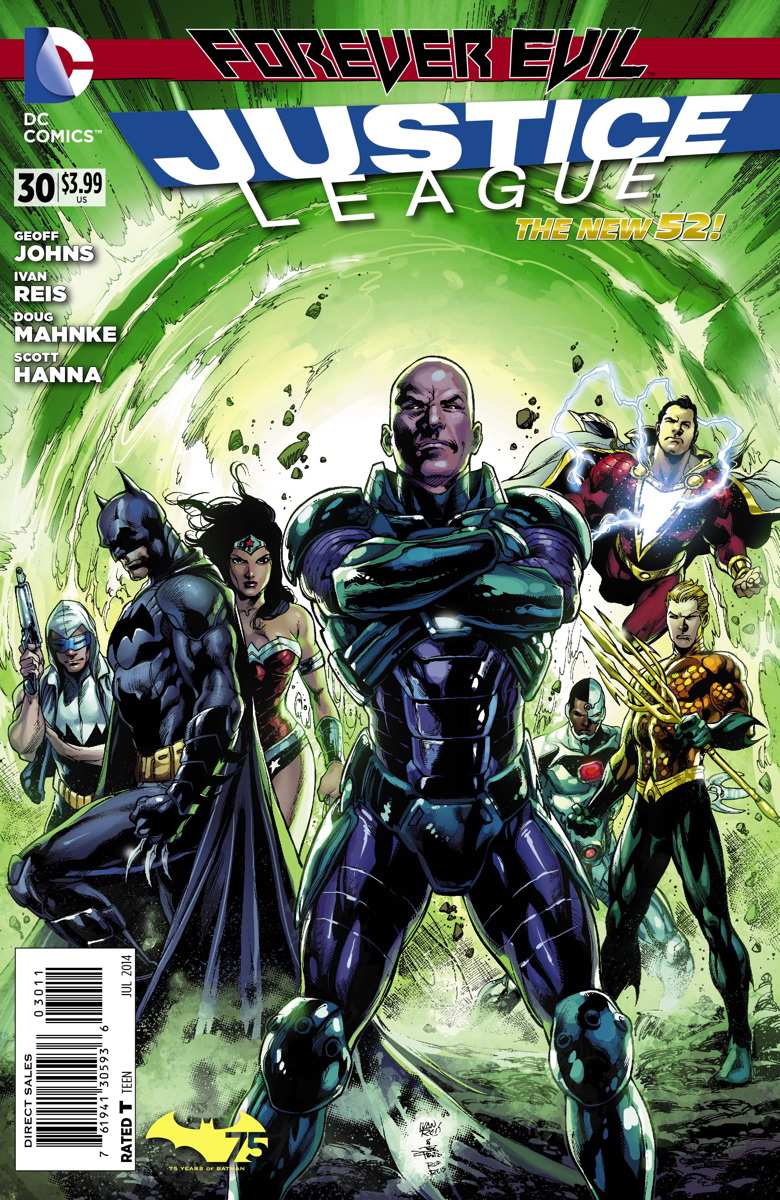 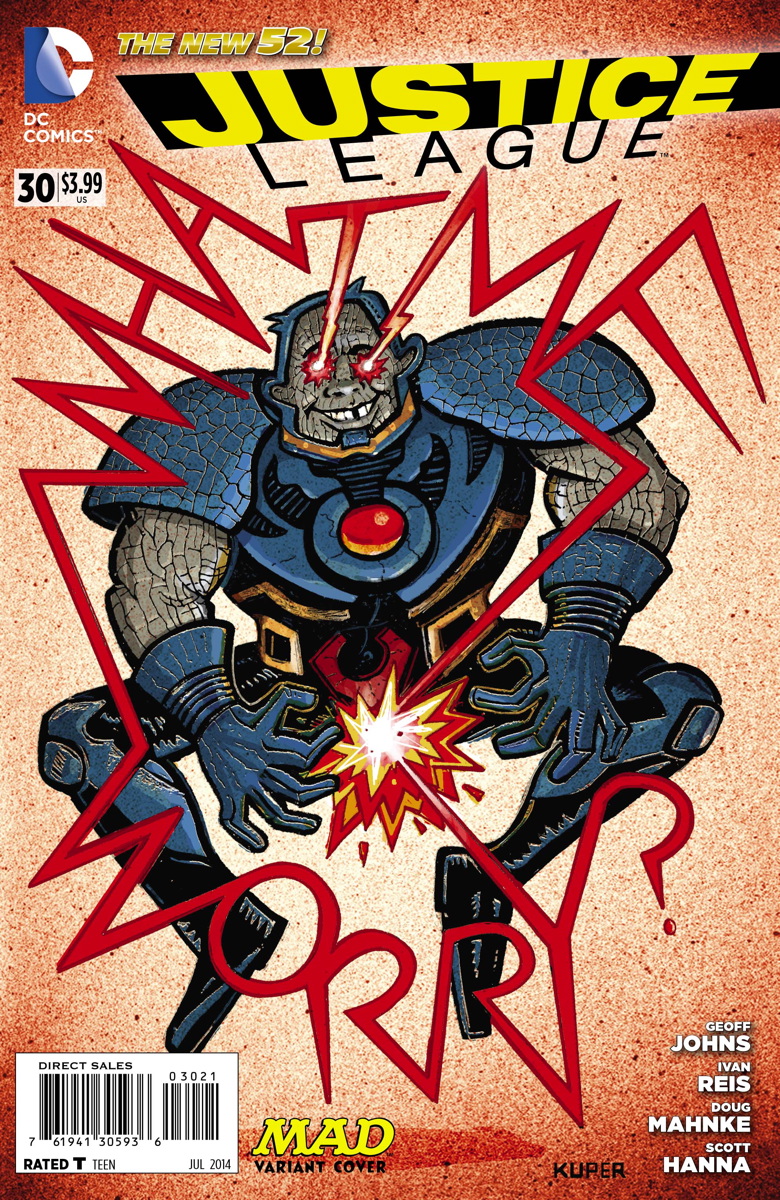 DC Comics has been seeded the debut of an Earth female Green ring bearer since the end of Geoff Johns’ run on the Green Lantern series. It turns out that Jessica Cruz makes her debut in Justice League #30. 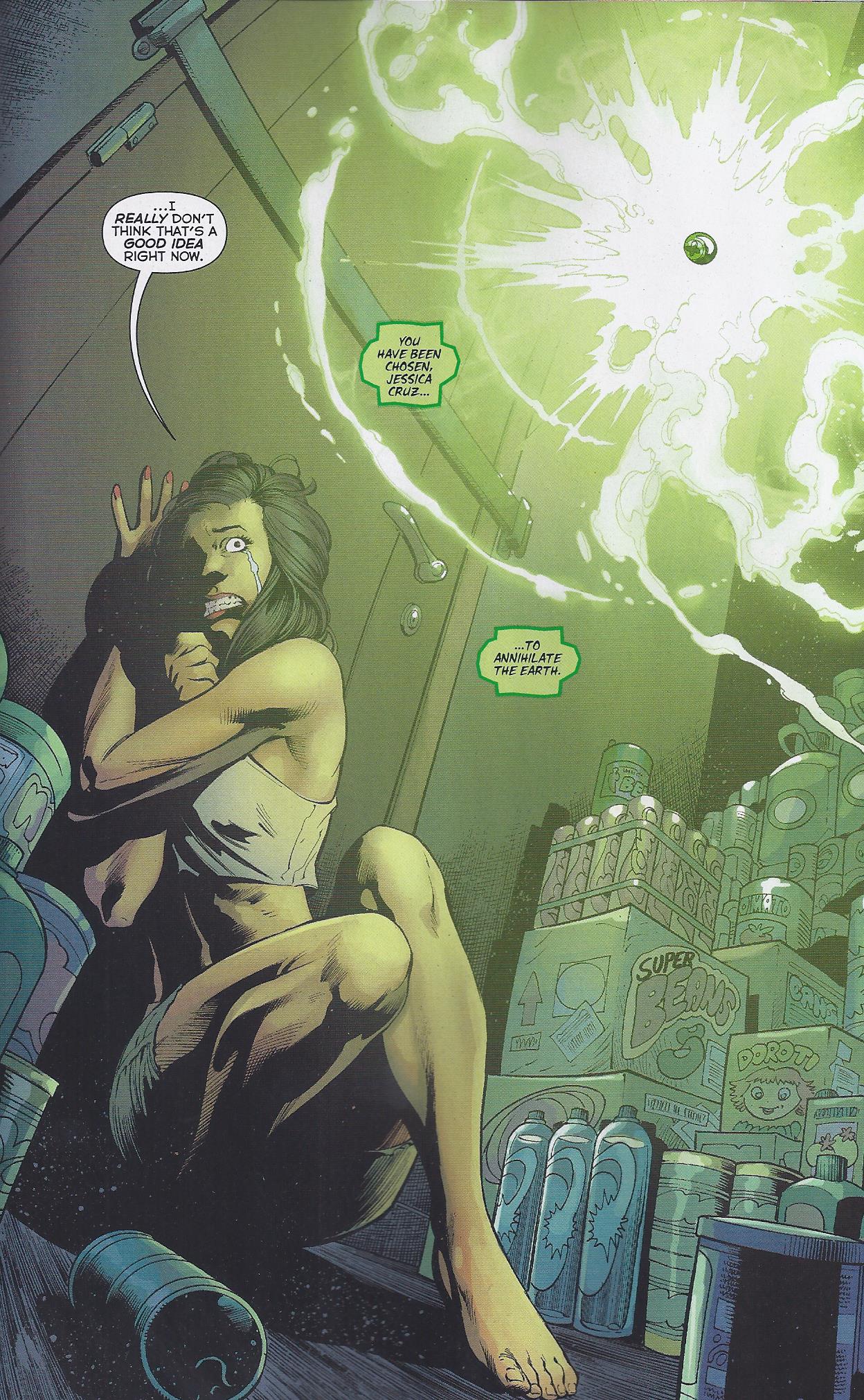 Earlier this week DC Comics also revealed Jessica Cruz’s Power Ring costume – as she has been selected by Earth 3’s Power Ring to become its next host since the previous holder died at the hands of Sinestro during Forever Evil– to be revealed in action in August 2014’s Justice League #34. 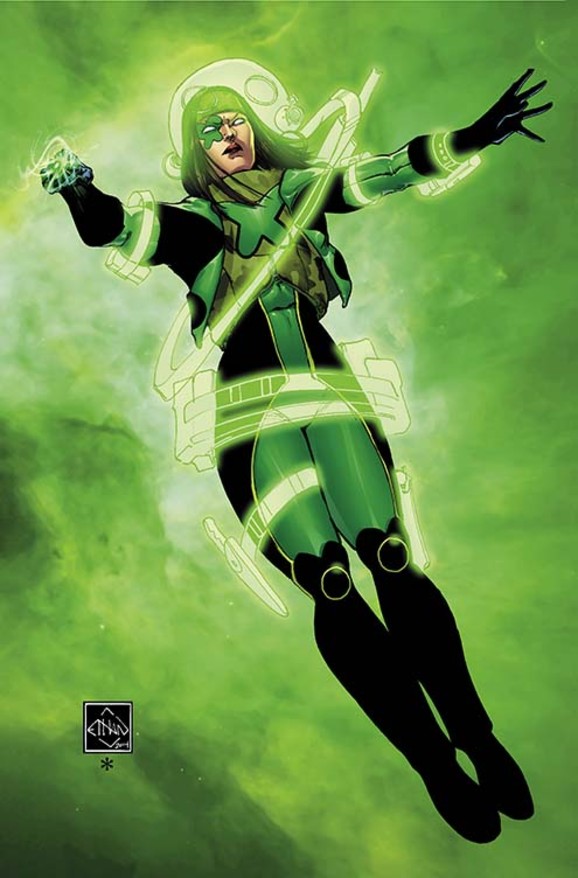 In the free preview to this week’s Justice League #30, we also see how Lex Luthor pulled Earth together after the threat of Earth 3’s Crime Syndicate was vanquished; to Clark Kent / Superman’s chagrin. 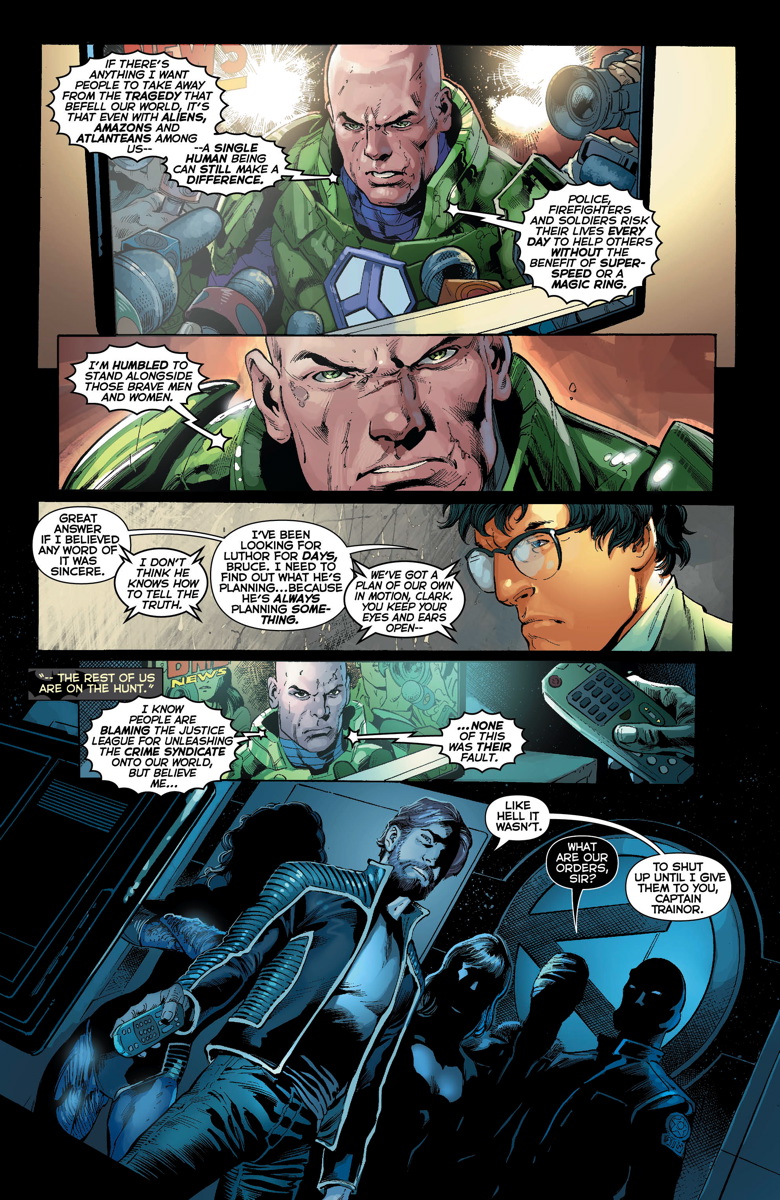 And, many of us are wondering of Lex Luthor’s heroic conversion is real. Well, Wonder Woman’s magic lasso has Lex Luthor reveal his plans and motivations to the Justice League. 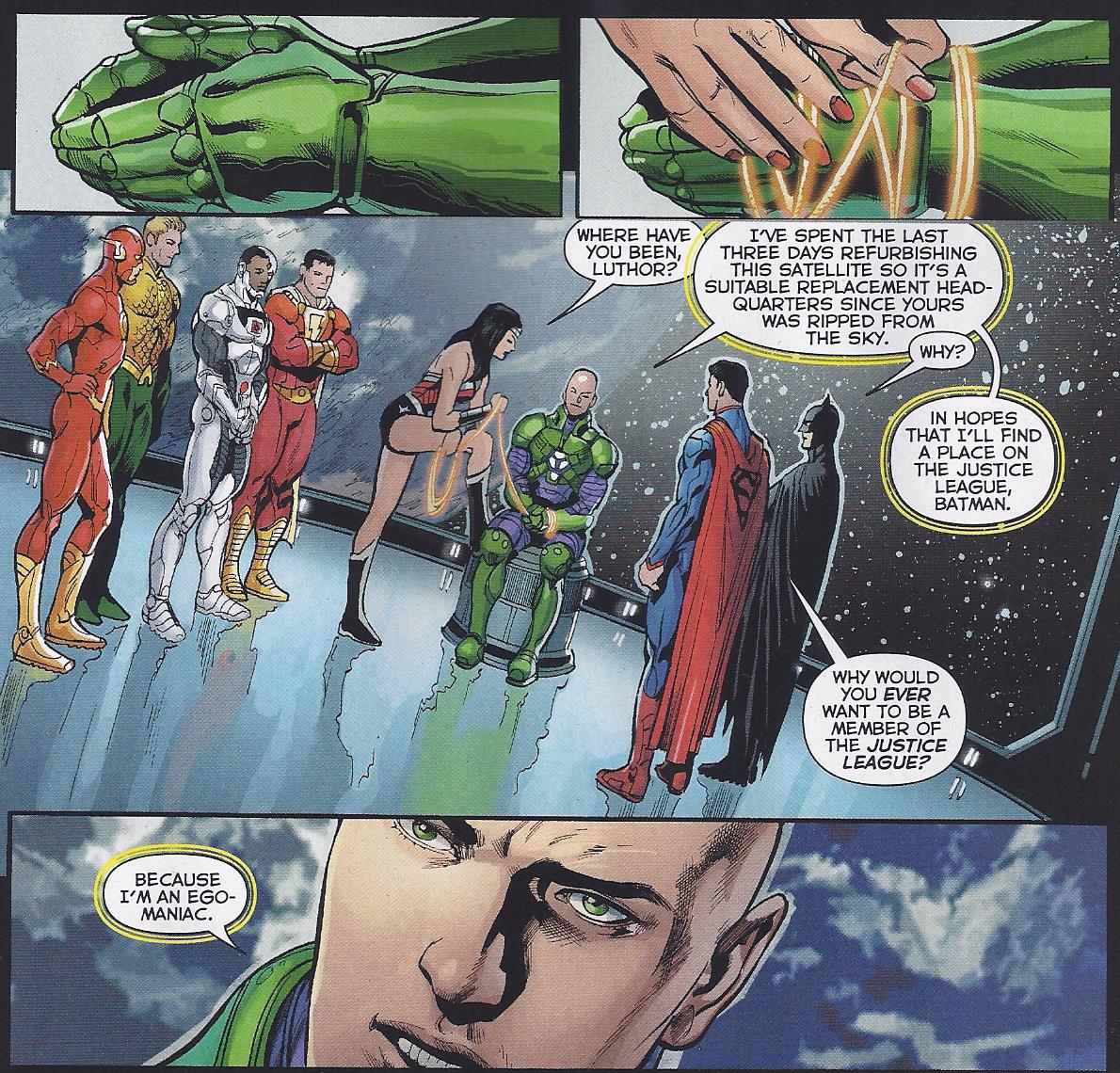 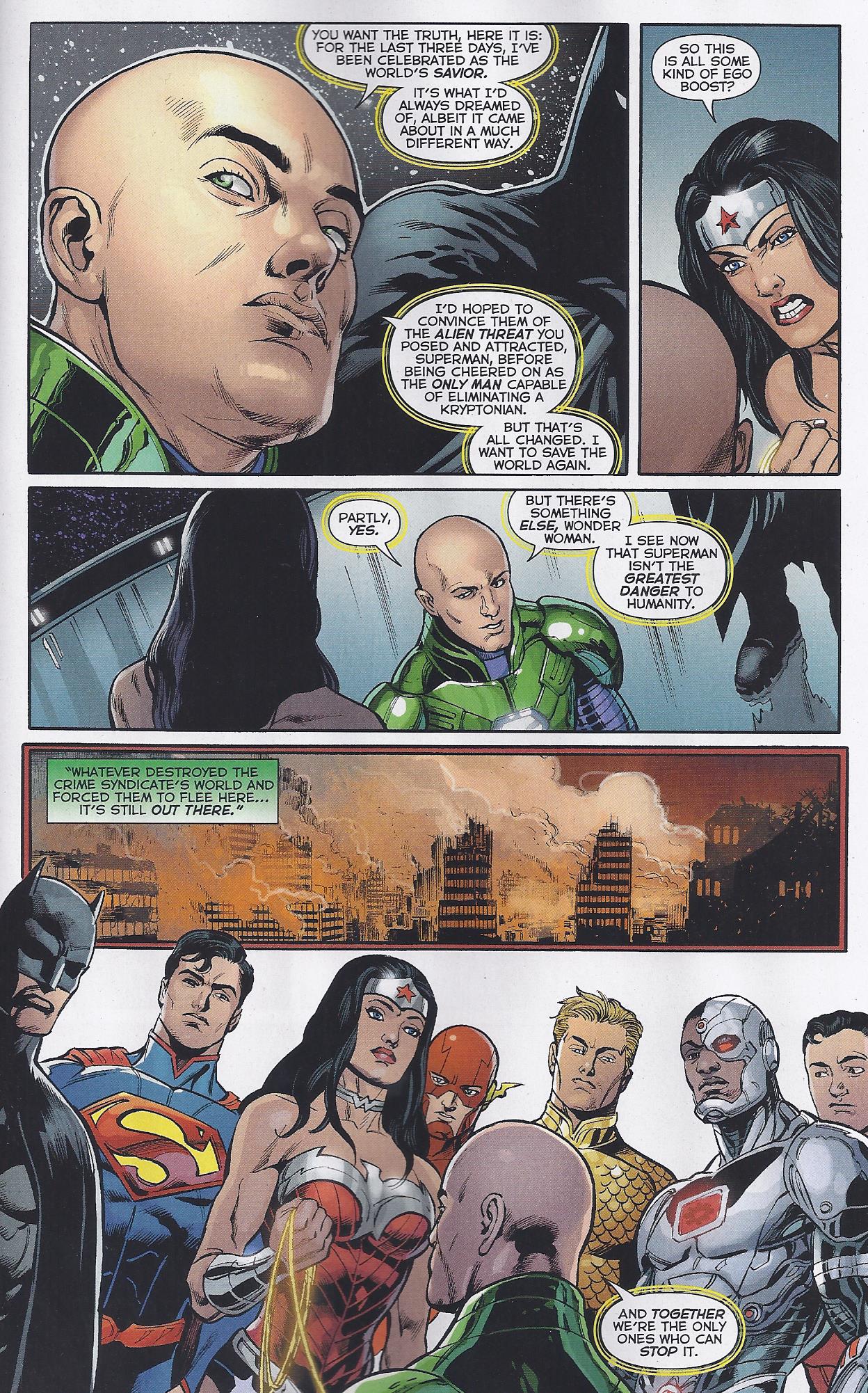 It seems Lex’s heart is pure and he is anticipating the Earth 3 destroyer threat. And, readers know who that threat is from the Forever Evil finale, SPOILERS HERE. 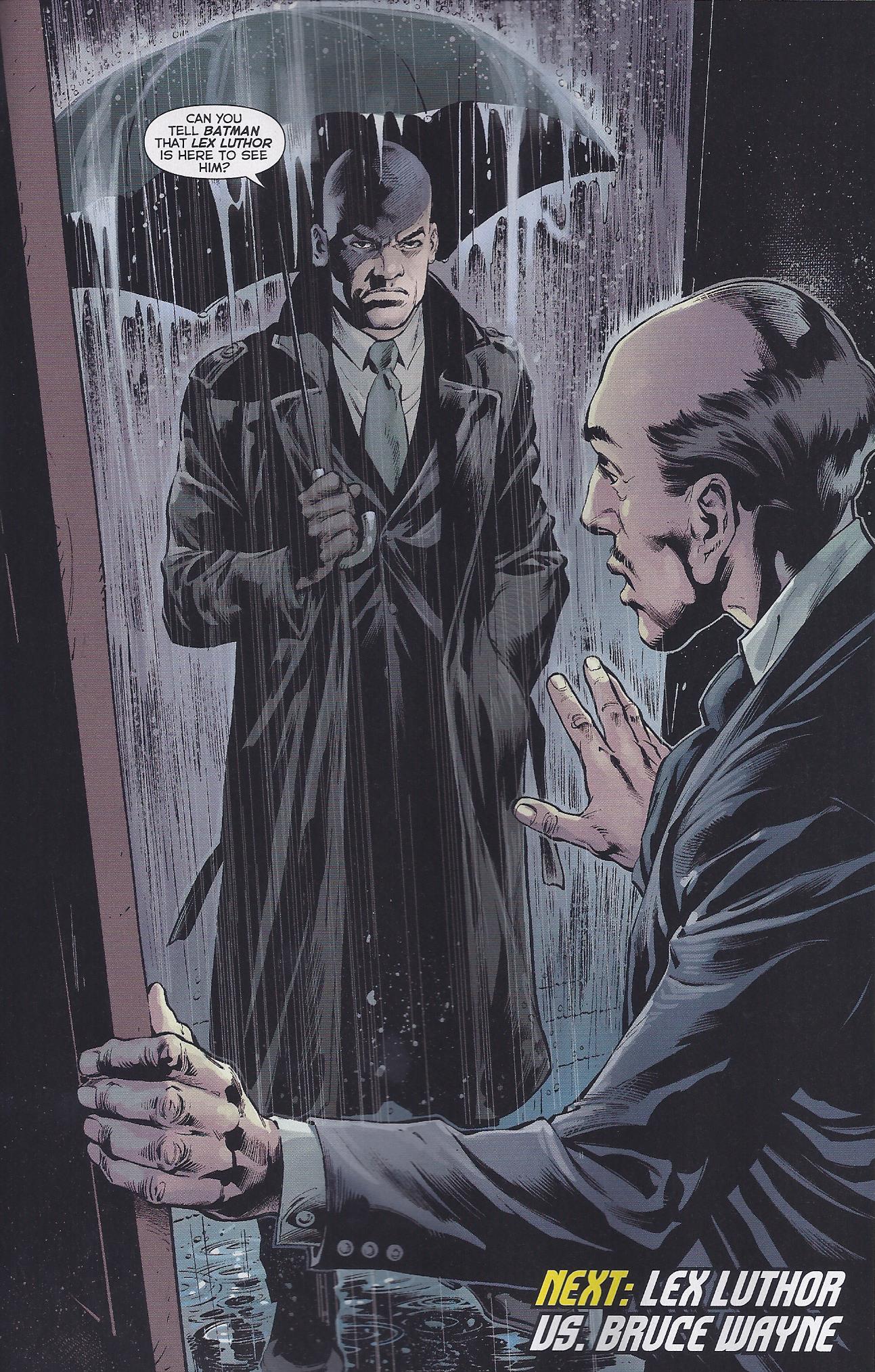