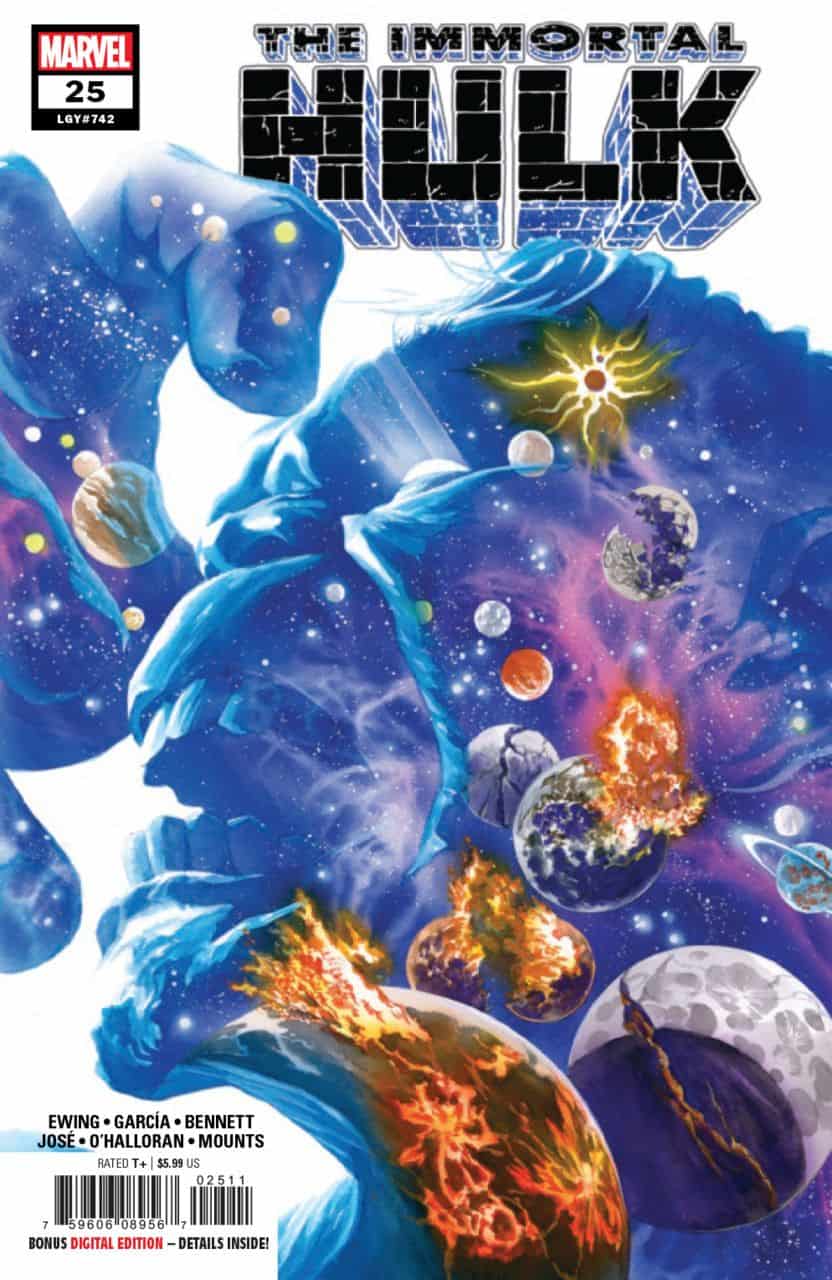 Immortal Hulk #25 – It feels like Al Ewing has been rereading Brandon Graham’s Prophet series, and wanted to bring that title’s sensibility and aesthetic into the Hulk’s world.  The story, set far into the future, features Par%l, an alien from one of the last worlds not yet broken by the cosmic being the Hulk is destined to become. Ewing really cuts loose, creating a completely new lifeform to star in the comic, before the inevitable confrontation with the Immortal Hulk.  Germán García’s art is gorgeous (although I’d have been just as happy had Simon Roy or one of the other Prophet artists drawn it), and the last couple of pages left me wondering. Ewing’s Immortal Hulk has been a wild and strange ride, and I fear that this issue (which is priced at $6) might turn some readers off, but it made me pretty happy.  It’s definitely one of the most original and off-beat comics Marvel’s put out in a while.

Aliens: Rescue #4 – I guess this is the end of Brian Wood’s time on Aliens, and it does feel like it might have been cut a little short.  At the same time, all of his various Aliens series have abrupt endings and weird pacing, so this issue might not have been affected by the fallout of allegations made against Wood.  I don’t know – I was getting a little bored of these series anyway, so I’m not sure I would have continued with them past this one either way. 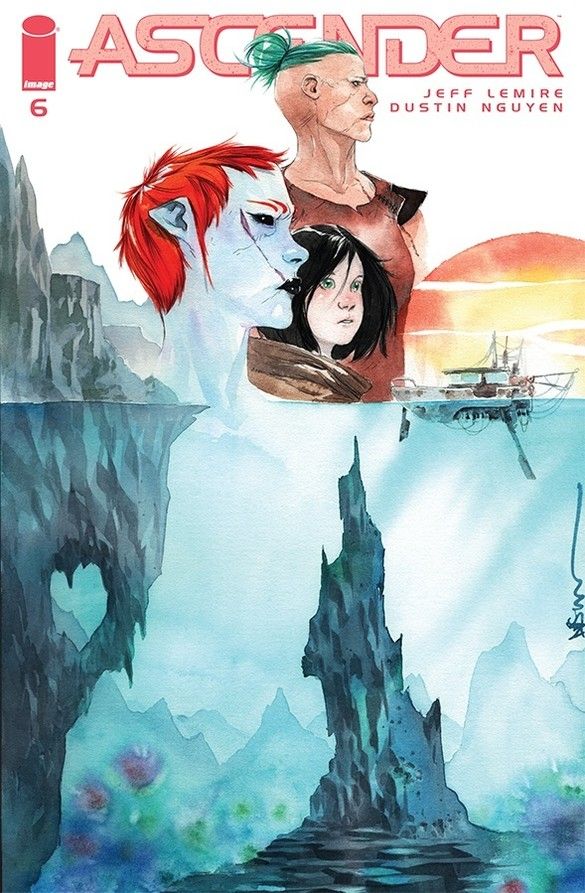 Ascender #6 – The second arc of Ascender kicks off with Mila on the run with Telsa, as Andy is taken prisoner, and receives a huge surprise in the vampire pens.  This series is solid right across the board, and is perhaps a more exciting read than Descender was; it’s definitely moving at a faster pace.

Criminal #9 – It’s been a long time since Leo got much screen time in this series, but he takes centre stage for this issue, as he has to manage his own desire to break the law and cross boundaries, and manage his friend Ricky, who is spiralling out of control these days.  Leo plans a straight-forward robbery, but when Ricky complicates things and puts them in a bad position, Leo learns a few things about himself and how he operates under pressure. Issues like this are among Ed Brubaker and Sean Phillip’s best – they take the time to dig into their characters and really think about what makes them tick.  It’s another masterful comic by one of the industry’s best partnerships.

Journey to Star Wars: The Rise of Skywalker – Allegiance #3 – This series, serving as a bridge to the upcoming Star Wars movie, is actually much better than the last movie, although it has a little too much happening to be satisfactorily concluded in one issue, unless the next movie starts with some of the Resistance captured or something.  It’s nice to see the newer characters used in a way that makes them a little more interesting, and Luke Ross’s art is nice. Making this series weekly does work for it, as it keeps things moving. 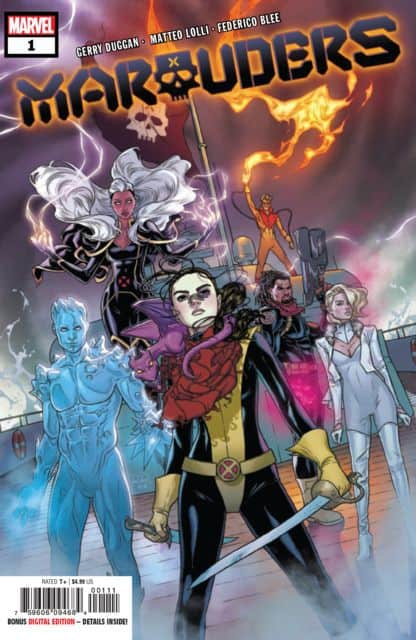 Marauders #1 – Jonathan Hickman has sent the X-Men into new territory, and made them serious contenders to once again regain the primacy they enjoyed in the 80s and 90s in comics.  Most of the new X-Line caught my eye, and gave me hope that this new era would be a strong and lasting one, but there were a couple of titles that gave me pause. Gerry Duggan’s Marauders was one.  I like the concept behind it (that Kitty/Kate Pryde captains a ship that works to both rescue mutants and to further the secret business dealings of the mutant nation Krakoa, executed through the Hellfire Club), but I was immediately concerned about Duggan’s involvement.  He’s not established himself as a very consistent writer, and many of his books have been disappointments (Uncanny Avengers, Guardians of the Galaxy, Infinity War, to name a few). For this first issue, which has made it so that Kitty can’t access Krakoa through the portals that everyone else uses, and therefore has to travel there in a boat (because flying a plane would contribute to her carbon footprint?), the story tries to be serious, but Duggan can’t help himself from tossing in humorous moments.  It makes no sense that Kitty would sail a cooler full of ribs and a hold full of beer for Wolverine, when he can easily teleport anywhere in the world now. These tonal problems lasted through the whole issue, which has Kitty put together a squad (Storm, Iceman, and the original, revived, Pyro) to go help some mutants in Russia, while Bishop investigates a missing mutant in Taiwan. There is potential in the lineup, and in the concept of a roguish X-team named after their enemies, but some of the concept doesn’t make sense (if they are trying to be separate from the X-Men, why is Kitty wearing the standard blue and yellow?), and the jokey nature of the writing flies in the face of what Hickman is doing with the line (his credit is now Head of X, which I kind of like).  I might give this another issue, because I like Matteo Lolli’s art, and do love some of these characters, but I suspect we’ve found the first of the Dawn of X comics that won’t last too long.

Star Wars #73 – Until I saw the ads this week saying that Star Wars is wrapping up with issue seventy-five, I had no idea that was happening.  Greg Pak starts to weave together the three storylines he’s been running since taking over this book, which does make it more interesting. At the same time, I didn’t realize that the individual communicators that characters sometimes use have enough range to travel to other planets; it’s part of the trend in the newer films to make hyperspace almost instantaneous.  I’m not sure what is going to happen to the main Star Wars book after it’s cancellation (I can’t imagine Marvel would just turn around and relaunch it; there’s like no precedent for that), but I hope that Phil Noto is going to be involved still.

Valkyrie: Jane Foster #4 – This mostly Asgardian-free issue of Valkyrie is just what I’ve been hoping for from this series.  Jane tracks down Annabelle Riggs, just in time to help out as Doctor Strange and Jason Aaron tie up a dangling plotline from their time together, and as Mephisto recruits the Grim Reaper to help him restore his station some in the underworld.  I love books that are this tied in to the rest of the Marvel Universe but also manage to stand on their own, and I’m enjoying the connection between Jane and her friend Lisa, who I finally had to look up to realize she first showed up in Al Ewing’s Ultimates series.  The last issue worried me a little, but this one has me expecting to continue enjoying this title, especially when Cafu’s art looks so good.

Cinema Purgatorio #1-18 – I recently read through the entire run of Avatar’s weird anthology series curated by Alan Moore.  I’d thought that the various features would change over the course of the run, but they did not. Instead, there were the same five serials in each issue, and unfortunately, most of their stories didn’t end with the conclusion of the series.  Let’s look at each feature separately:

I’m not sure what’s going on with Avatar anymore – they are barely publishing any books (what’s up with War Story or Über Invasion?), and clearly had to cut this one short.  I would like to see more work coming from Ennis and Gillen, and would even continue with The Vast, but I doubt any of these stories are going to be completed, which is a shame.  I like this anthology format, but wish the quality had been more consistent across the board.

War Stories #19-22  – This Garth Ennis arc focuses on Vampire Squadron, the British nightflyers originally tasked with stopping bombers from getting to London during WWII.  It’s a better story than most of the previous War Stories arcs, perhaps because it ran for four issues instead of three. Tomas Aira’s art is still a little too Avatar house style for me, but I was able to keep the various characters straight, and I found myself invested in their plights.  Is War Stories cancelled? I don’t really know what’s up with Avatar these days… 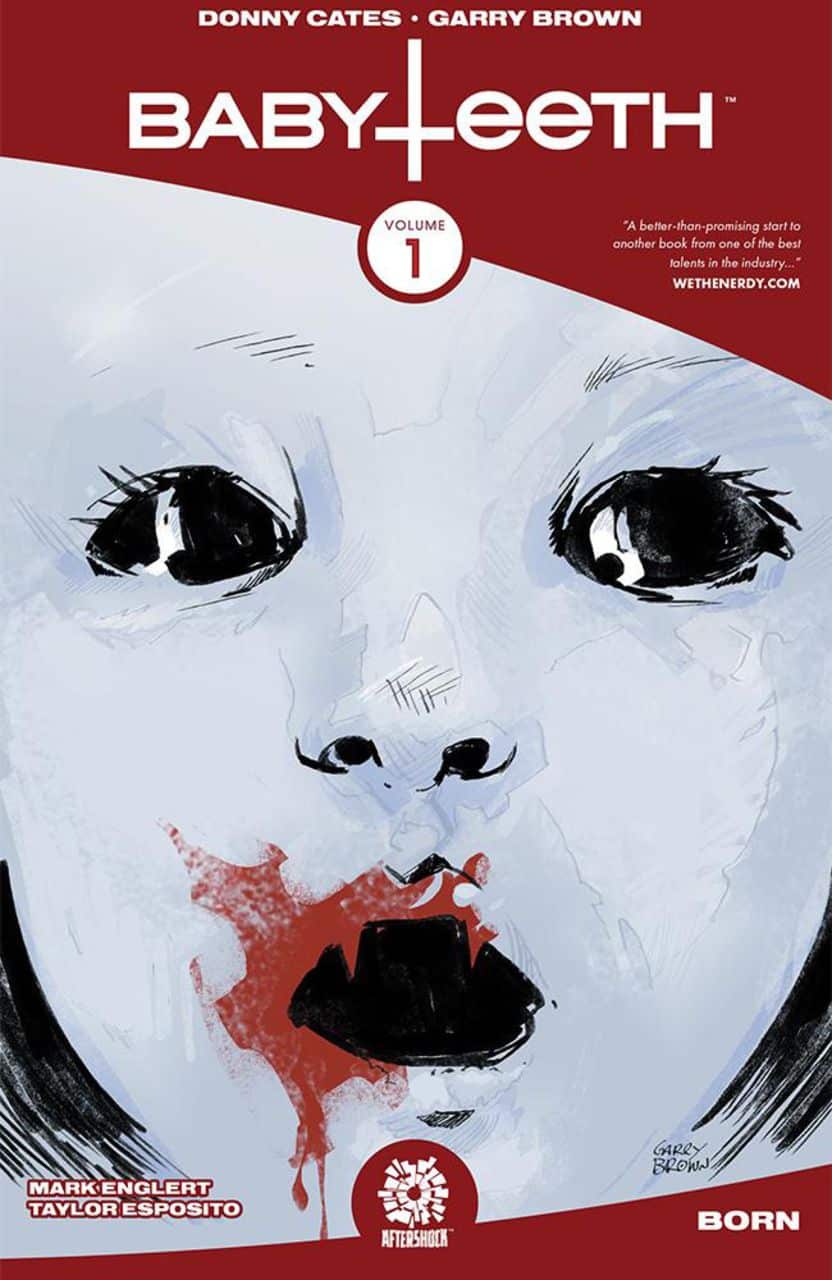 Babyteeth Vol. 1: Born – It’s Donny Cates catchup time again, with this excellent start to his Aftershock series.  A young teen gives birth to a baby after trying to hide her pregnancy from her widower father, which of course is enough to shake her entire world, but that extends to THE entire world.  As it turns out, her baby is the antichrist, and that means that she is immediately the target of a shadowy group that wants the child dead. Everything here feels a little familiar (Mark Millar’s Chosen is the first thing that came to mind), but Cates uses the tropes well, and has us rooting for the little bloodsucker in a hurry.  It’s nice to see Garry Brown’s art – I’ve been wondering what he’s been working on.