“The Web of Black Widow”

Welcome to the column where I talk about Marvel’s very own superspy, the redheaded operative, the reluctant hero known as Natasha Romanoff. You might know her better by her nom de plume, the Black Widow.

Black Widow was created by Stan Lee, Don Rico and Don Heck. She was a typical femme fatale who first appeared in the pages of Tales of Suspense issue dated number 52. It wasn’t until her appearance in a later issue of Amazing Spider-Man that she would adopt a costume that would be the foundation of her future looks. She slowly became a member of the Avengers and was involved in a romance with future teammate, Hawkeye.

Natasha eventually defected to the US from the then USSR (now Russia) and became a prominent super-hero. She teamed up with Daredevil and formed a long standing partnership before she became a part of another super-team known as the Champions which was yet another short-lived endeavour.

Natasha’s past came back to haunt her with the development of a slow burning tragic back-story involving a mysterious and clandestine operation known as the Red Room. Natasha realized that her entire childhood was a lie concocted by the Red Room. The Red Room soon started to make large moves in the Marvel Universe and she was instrumental in stopping many of their plots. She faced her former husband turned foe, the Red Guardian and crossed paths with another famous product of the Red Room known as Yelena Belova.

Natasha formed long standing partnerships with Captain America and Wolverine and she began to regard them as close allies. Her romance with Bucky Barnes became a quick fan favorite and she began to consider a life that could be a bit less hectic than before.

Black Widow struck out on her own multiple times and over the years becoming one of the most deadly and respected heroes of the Marvel Universe. Natasha was instrumental in preventing the organization known as CHAOS from implementing their devastating plans for the Marvel Universe 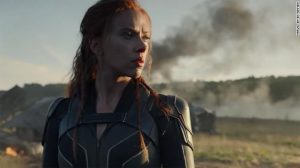 Her biggest claim to fame is the well known live action Black Widow in the extremely popular Marvel Cinematic Universe. While she may not be as ruthless or cunning as comics fans are accustomed to, Natasha has been portrayed well over the course of multiple films though there have been some inconsistencies.

Her solo movie will release in May 2020 where she will be at the forefront and will be portrayed once again by actress Scarlett Johansson. 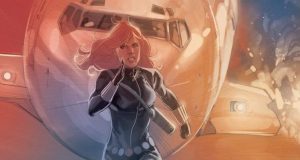 Black Widow is one of the most skilled fighters and assassins in the Marvel Universe. Her mere presence causes fear in her opponents. She usually prefers to be out of the spotlight but will step up and lead when necessary.

She is a character that people too often underestimate and that’s always come back to bite them on the ass. I am looking forward to reading her continued adventures and watch her shine on the big screen in her own solo movie.