Yesterday the Warrior Wrestling 20 event was held at McGowan Hall in Indianapolis and aired on FITE TV.

It was a stacked card that included a member of Impact Wrestling’s Honor No More former ROH faction in action as well as former WWE superstar Killer Kross vs. former Impact Wrestling wrestler Jake Something among other match-ups. 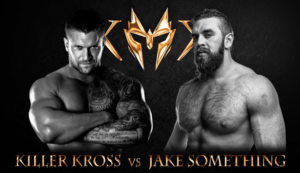 The two goliaths had a memorable match.