Big things are afoot as the new Flash series creative team takes over. That includes the introduction of the Future Flash and Wally West. Are they the same person? I’ll get to that in a moment as we go through The Flash #30 that hits stands today. 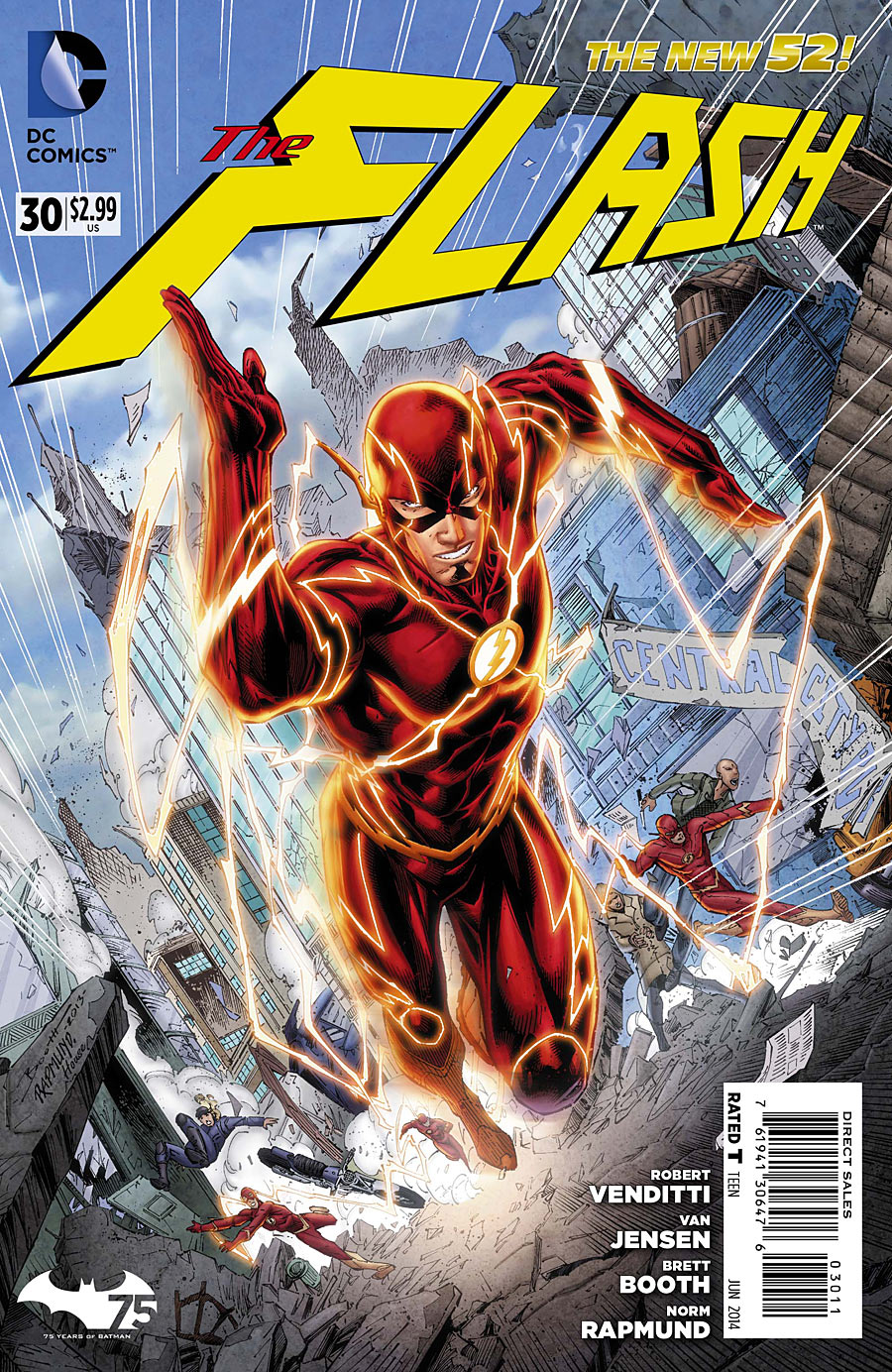 What you need to know heading into Flash #30.

The book opens with five years into the future with The Flash arriving too late to save a teen from death. Could that African-American teen by DC Comics New 52’s Wally West? 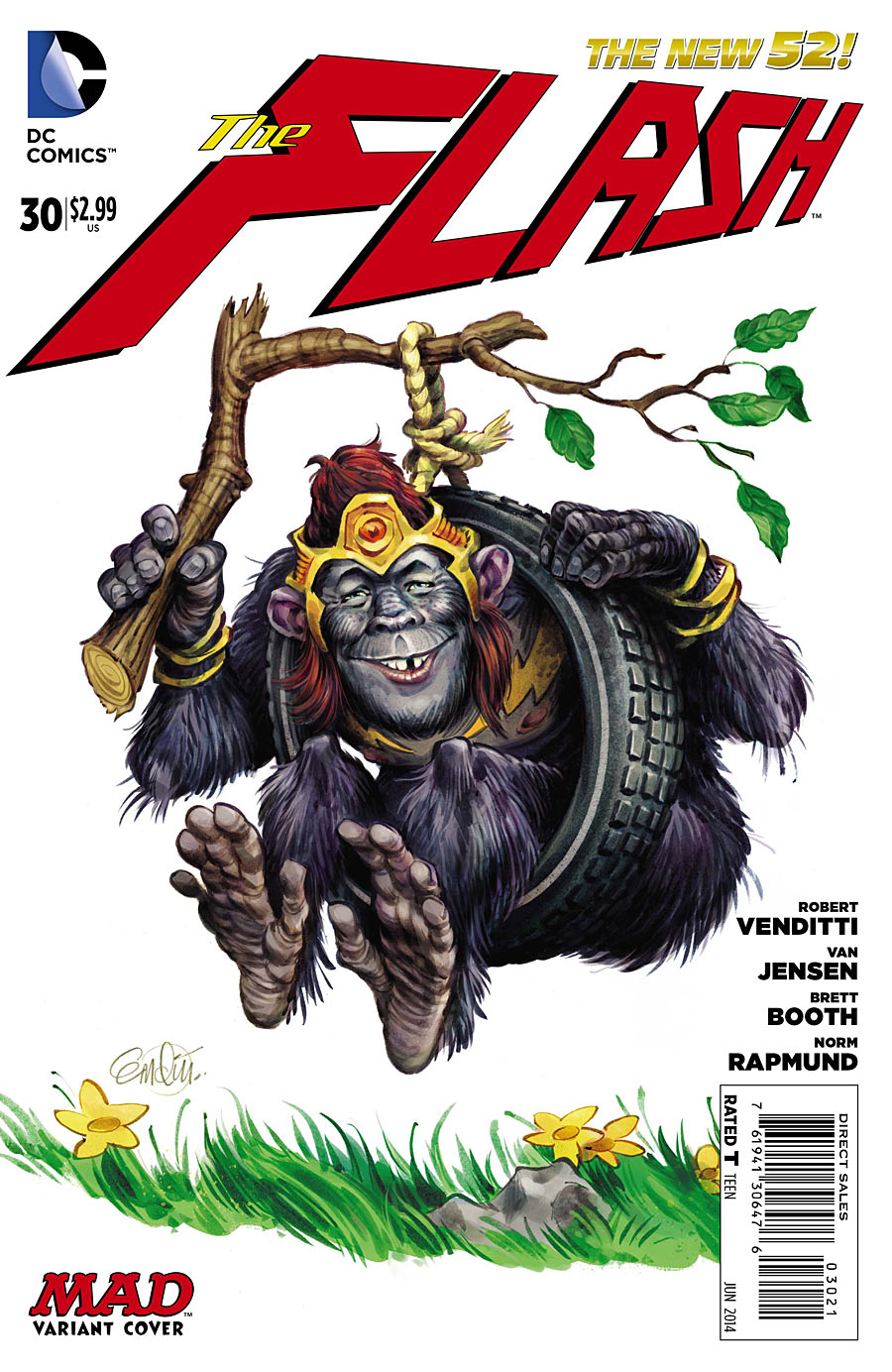 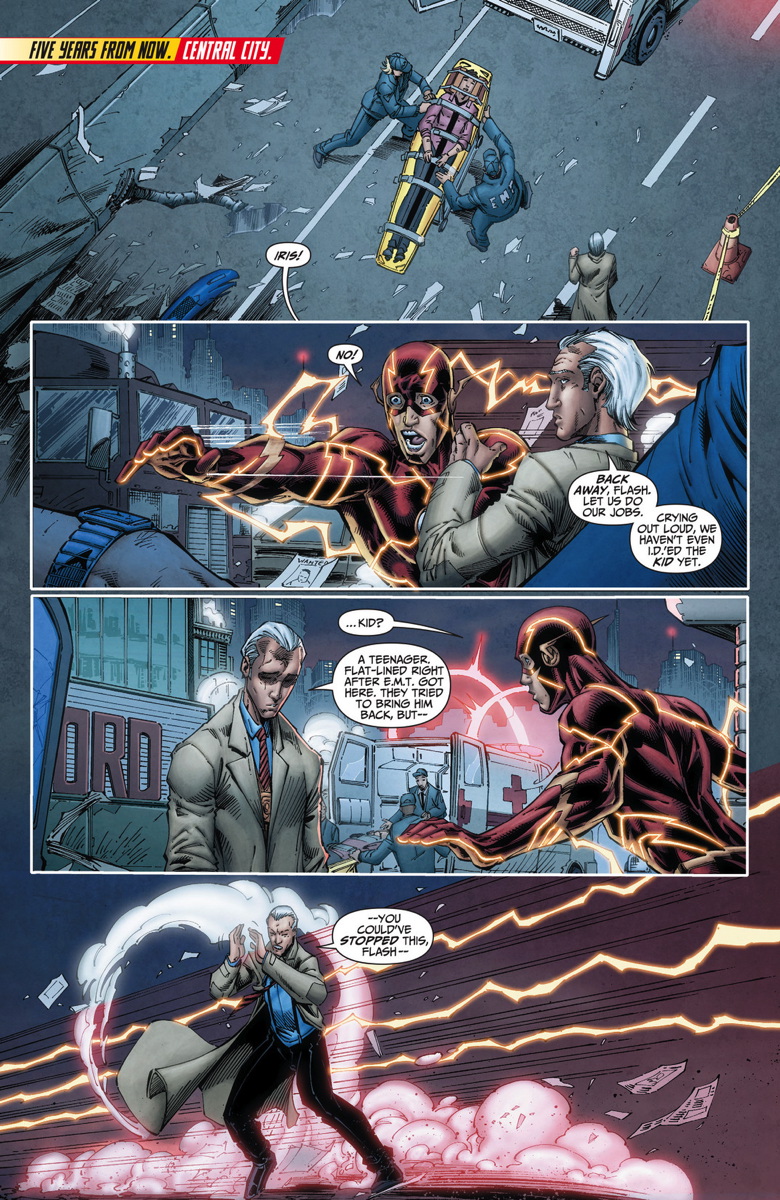 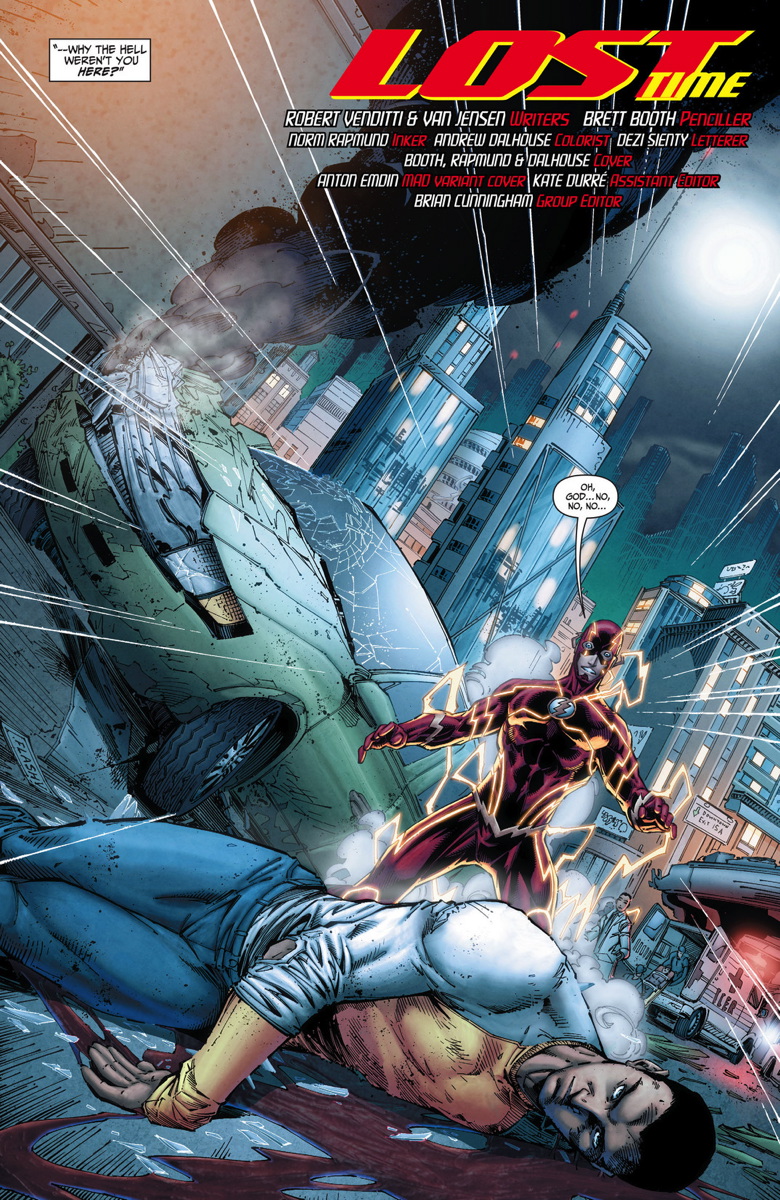 Five years later? That sounds familiar. Could this tie into DC Comics weekly event The New 52: Futures End that already was kicked off in the pages of Aquaman and The Others #1? A few more factoids on New 52: Futures before get back to The Flash #30:
Before we get to DC’s newest teaser puzzle, let’s get you caught up with what we know so far about The New 52 Futures End year-long weekly series:

Anyhow, while The Flash #30 opens five years into the future, the meat in the middle of the issue is a modern-day Barry Allen coming to terms with recent traumatic events in his life including Forever Evil.

The book ends, interestingly, twenty years into the future. We learn who is behind the Future Flash’ blue mask! 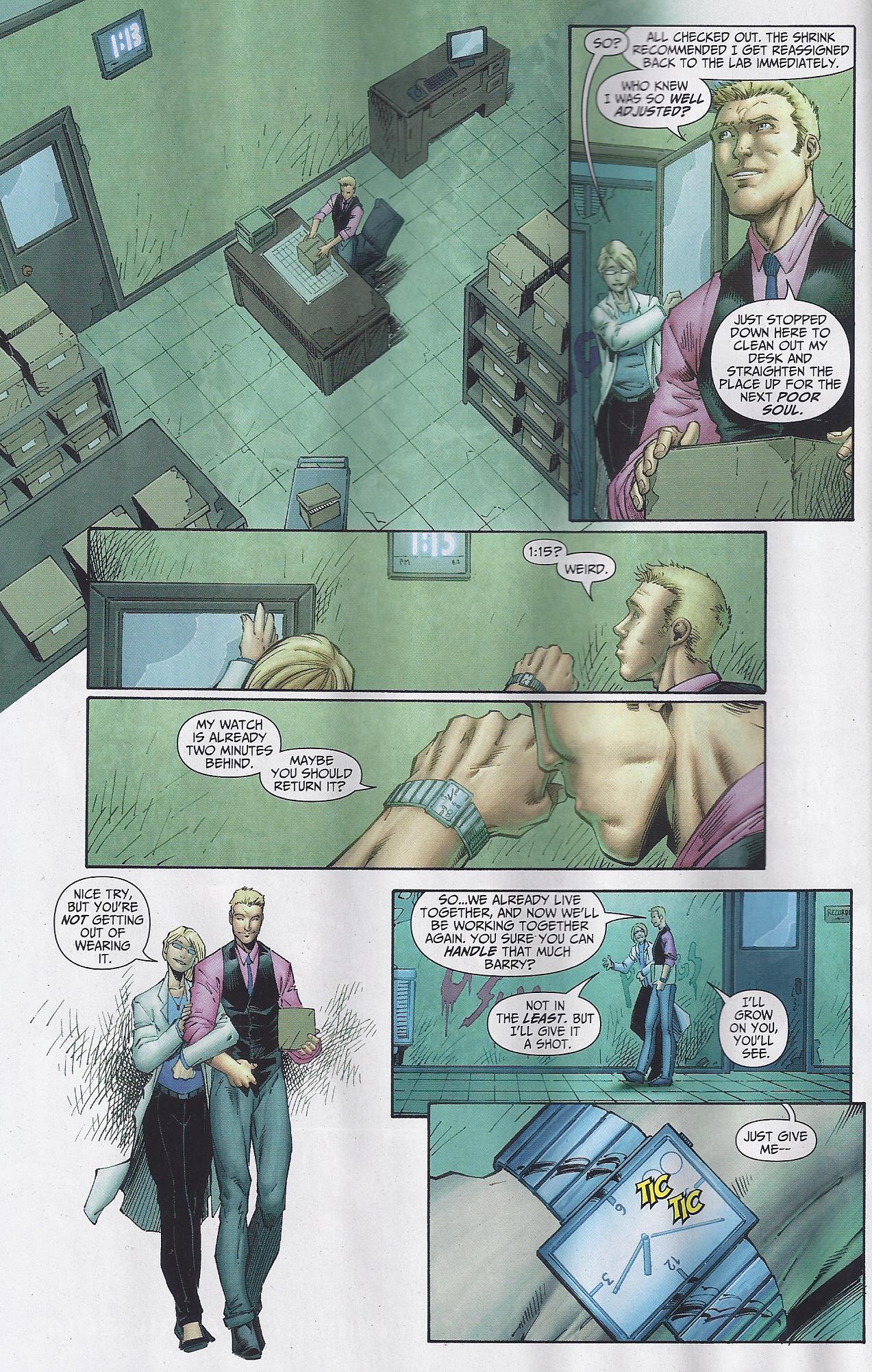 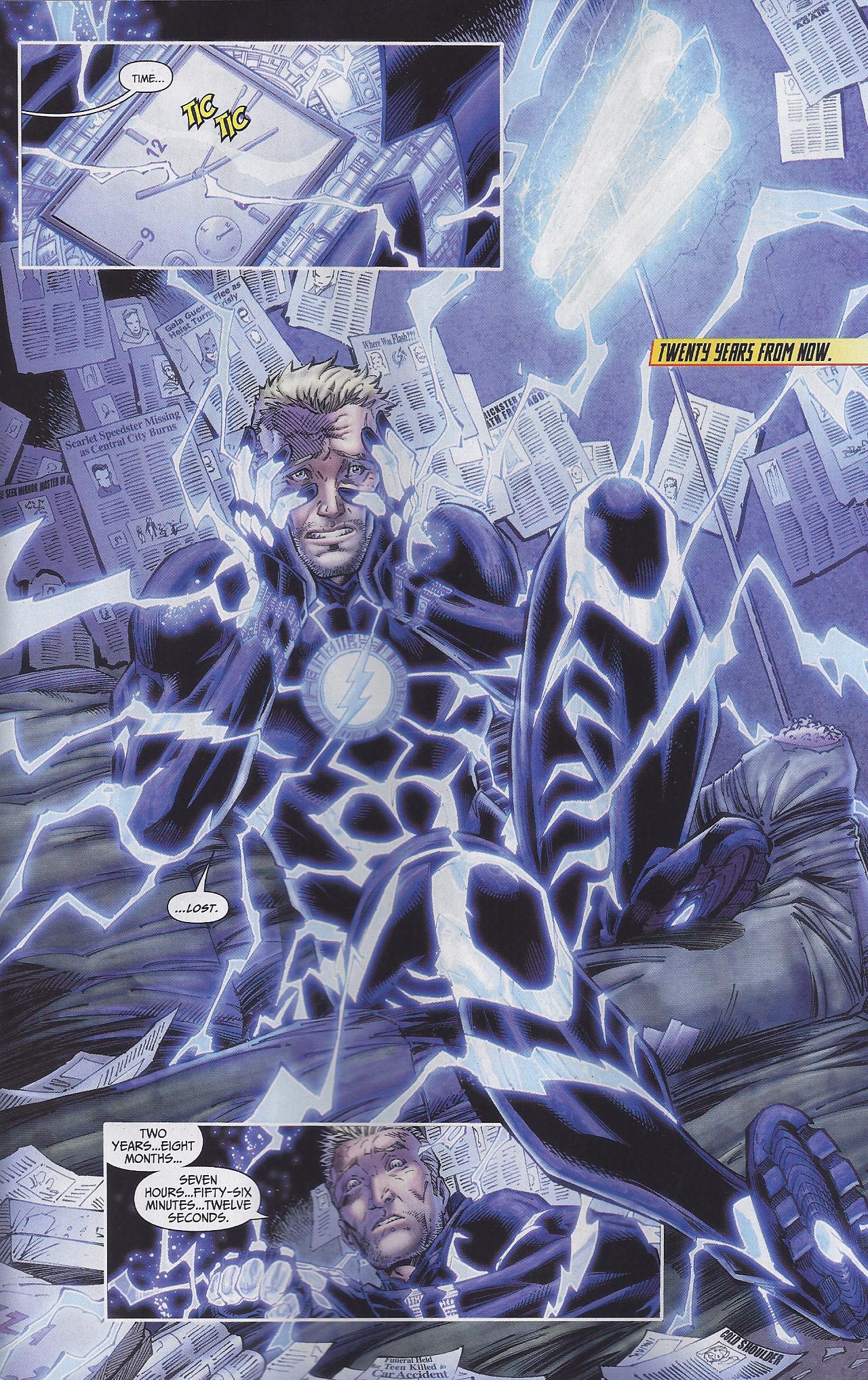 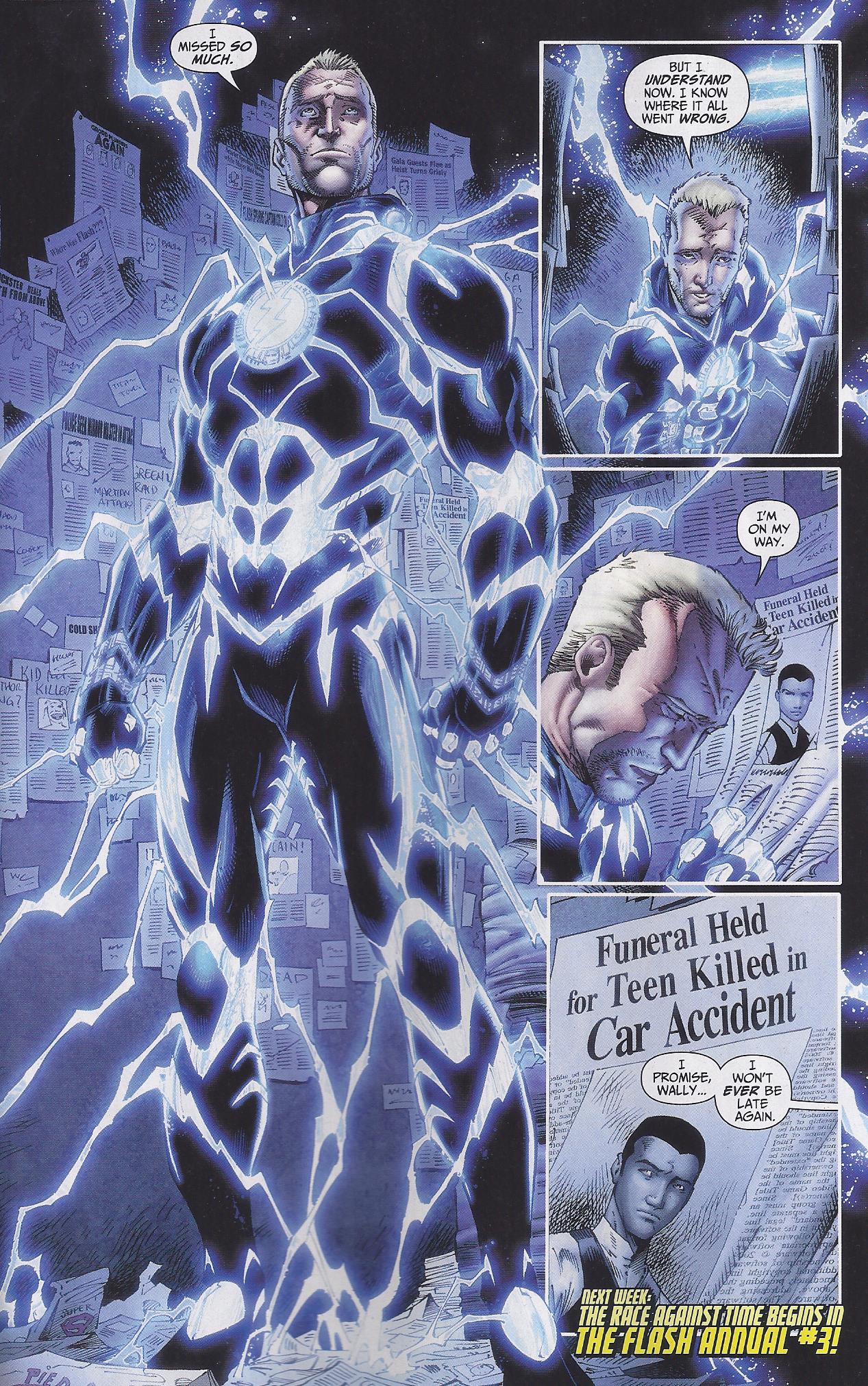 It is isn’t Wally West. It isn’t John Fox. It is an older Barry Allen!

Why is this Future Flash a big part of the Flash series going forward? Well future Barry Allen is avenging or trying to undo the death of that African-American teenager from fifteen years in his past, but five years into our future. That black teenager has a first name; it is Wally. It sure looks like that DC is working to make Wally West an African-American as the West family will be in the live-action CW TV series The Flash.

Writers Robert Venditti and Van Jensen did a superb kick-off issue of their The Flash series with issue #30. It sets up their building blocks well and gets us primed for The Flash Annual #3 that will feature the blue Future Flash. Penciller Brett Booth and inker Norm Rapmund do some amazing job on art as the energy just leaps off the page. This Flash is fun, folks.

WWE NXT Level Up Moves To Wrestlemania 38 Saturday Morning Due To WWE Hall Of Fame 2022! Gable Steveson’s Brother In Action!